It has always been the test of a computing platform, even mobile ones - is there a decent flight simulator? iOS and Android have X-Plane, Symbian has H.A.W.X. (which is a bit 'gamey', but still....), now Windows Phone has Infinite Flight. Even on 2010 hardware it offers decent performance and a thoroughly enjoyable (and fairly accurate) flight experience, from a Cessna up to the (recently mothballed!) Space Shuttle. Yes, there are a few gaps and glitches, but this is one heavyweight 'game' that's receiving regular updates, so I'm optimistic for future aerial excursions. 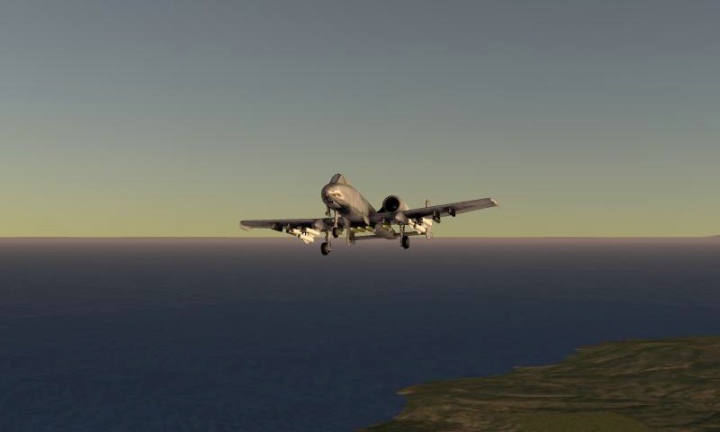 Before launching into Infinite Flight itself, I should clarify one very important thing. This is a huge game in terms of RAM and so loading a flight from scratch takes a good thirty seconds. Which is understandable, given the scenery and so forth. What you need to know (and it's a very good thing, don't worry) is that Infinite Flight, as of the update at the start of October 2011, now supports the pseudo-multitasking in Windows Phone 7.5 (Mango). So the initial load times are still present, but you won't now have to load up each flight every single time you turn the screen off or do something else on the phone - thankfully!

So you're flying along and a call comes in. Or you have to get off your bus and press the screen button on your Windows Phone. When you sit down again, press and hold the Windows Phone 'Back' button and pick Infinite Flight and bang, you're right back in the action. Instantly. 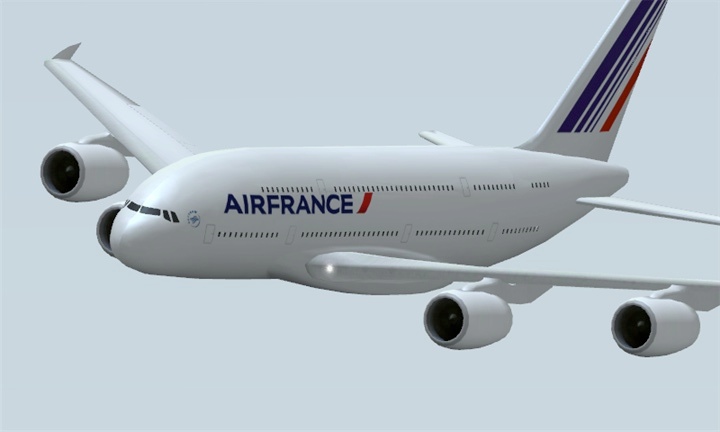 But back into the air. There are a dozen or so aircraft modelled at the moment, from every era and part of aviation life, from the tiny Cessna to the massive Space Shuttle, via the Airbus A380, the Supermarine Spitfire and A-10 Warthog - in short, something for everyone. Extra aircraft are being added at each update of the game and all are admirably detailed, right down to cabin windows, animated landing gear and flaps, it's clear that Infinite Flight is a labour of love.

In addition, there are a dozen or so runways modelled along with a sizeable area of California - this is an area in which Infinite Flight clearly needs to be extended, but even these areas and features are fine for getting the feel of each plane and having fun taking off and landing. The modelled area is wonderfully detailed, you can see individual roads, cars and houses if you fly low enough (albeit in two dimensions only) thanks to (presumably) ripped Bing or Google Maps satellite imagery, stitched together - outside the core area, you get generic terrain to practice your valley flying and general manoeuvres. 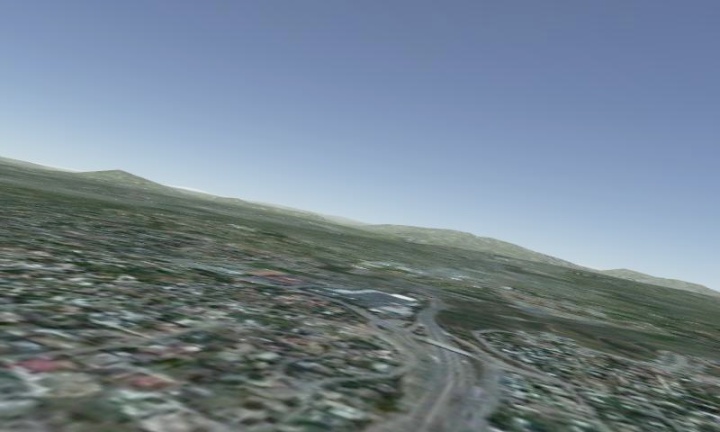 But Infinite Flight doesn't stop there - as with any self-respecting flight simulator, you get to set the weather conditions: visibility, wind speed and direction, how much it's gusting, plus time of day (so if you love flying at dawn then that's what you can do here), at least in six hour intervals. Add up all these variables and you can see that there's a huge amount of variation possible, all modelled accurately, calculated and rendered in real time.

Here's a quick take-off in a Boeing 747 to show the speed and general feel of the game:

With all the external variables needing handling and rendering, you have to start to worry about the 1GHz processor in your phone managing to accomplish all this and still keep the action smooth on-screen. In fact, Infinite Flight manages admirably up to this point and it's only when you start adding the next layer of complexity that things start to slow down. Again, reflecting the serious ambitions of the title, there's a full HUD (Head Up Display), complete with runway beacons, landing aids, beacons, moving map display, auto-pilot and more. Turn all of this on and the frame rate can drop as low as 4 or 5 frames per second - but for most casual players, enough of this can be turned off that you'll have a thoroughly smooth and immersive experience, as you saw briefly in the video above. 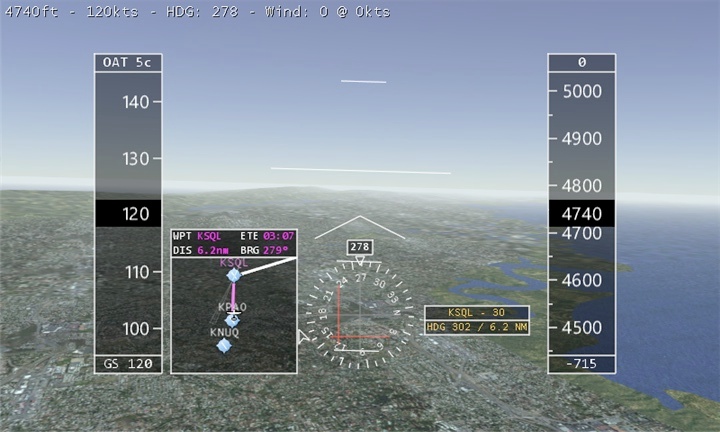 Although there's enough aviation tech here to satisfy the seasoned armchair pilot (provided they're happy to just fly around California, at the moment!), the flight action is still accessible and understandable by the newcomer. Making things even easier is a tutorial mode, offered when you first start up Infinite Flight and thereafter on the Help menu in the game. Other 'flight lessons' are promised but not actually available yet - as I say, this is an evolving title and for one am going to enjoy watching it grow over the next year. 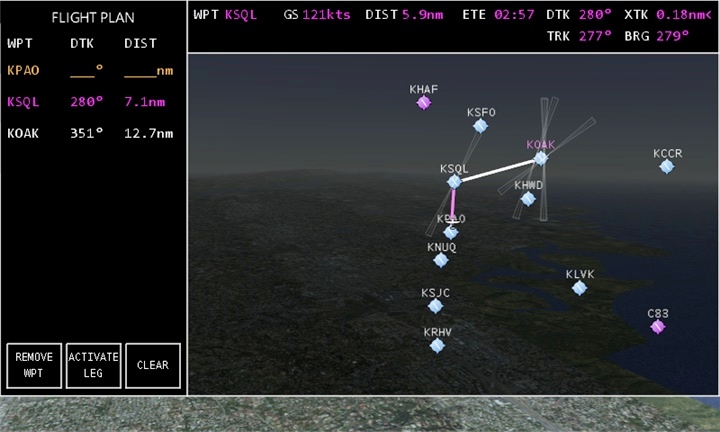 Especially impressive, in addition to the mountain of options and customisation already mentioned, is a decent Settings pane, which lets you tweak how long the interface controls stay on-screen (essentially, you tap the screen to get controls like flaps and throttle at any point), how sensitive you'd like the accelerometer/yoke controls to be, whether you want airport names and locations highlighted in the HUD, whether you want red rectangles to show you the optimised landing path, and more. 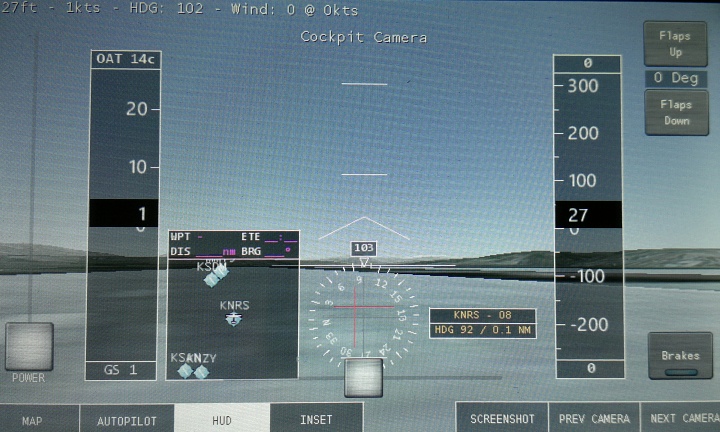 When flying, the standard Windows Phone 'back' button takes you to an interstitial menu at any point, which is both reassuring and a good way to 'pause' the game while you take care of real life for a moment - you can take this opportunity to change the control settings or even variables like the time of day or conditions.

As you might expect from a flagship flight simulator, there are extra 'camera' options, to be able to admire your plane in the air from various fly-by and static viewpoints, check the flaps and gear moving, etc. - you can cycle through the different camera angles and systems with buttons on the main pop-up user interface. As usual, there's the danger that you'll spend too long admiring your flying machine from the outside and neglect your attitude - resulting in ploughing into the ground or a convenient mountain side - but such is the price of vanity!

And it's also one of the reasons for the inclusion of a lovely auto-pilot facility, where you can set either altitude or heading (or both) and have the computer keep these roughly constant while you do other things - like the aforementioned vanity checks. And why not? - seeing your beautifully rendered airliner soaring over the photo-realistic landscape against the setting sun is a glorious sight. 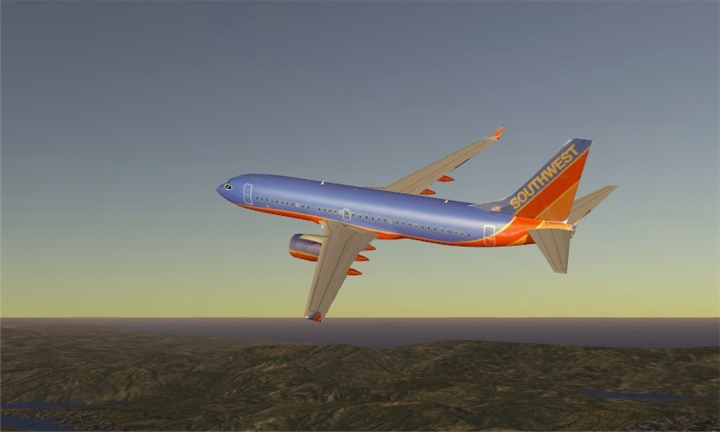 You'll have gathered that Infinite Flight is somewhat early in its overall development, mirroring the Windows Phone platform itself - this is backed up by a number of small glitches - planes landing with gear down but the wheels 'sinking' into the ground is a common one (as shown in the two examples below). The 'Short final' game mode, designed to give you quick access to trying to land whatever you're flying, is way too short - only around 20 seconds of flying time, which is usually not enough to get your bearings and trim all the controls before you overshoot or crash into the runway - at least a minute would have worked better here. 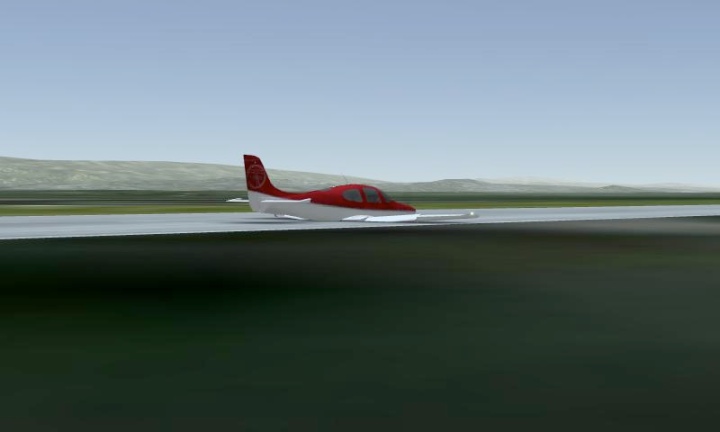 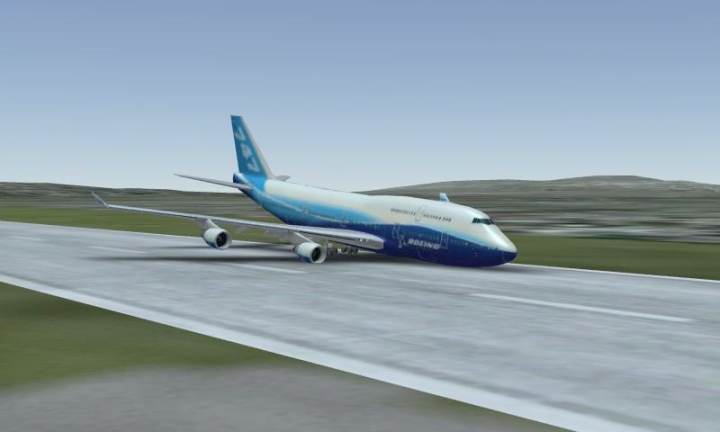 In addition, when you 'Resume' a flight, you're placed immediately into real time action, with no 'tap to continue' control. Given that you've just been interrupted (e.g. by real life), it's not unreasonable that you might have forgotten where you'd got to in the flight and the sudden thrust into powered flight (you'll be wakened out of your reverie by the engine noise) and soon spiralling out of control can be an unwelcome surprise.

Talking of engine noises, the audio throughout the game is just right, with muted engine noise 'inside' the cockpit and far louder noise out in the open air. Different aircraft have different sound samples and there's just the right amount of wind noise too.

The look, the interface, the feel of Infinite Flight are all top notch and it's bristling with little details, from animated prop (on the Cessna) to runway lights and the various modelled runways and their ILS. With a huge and ambitious application, I'm utterly unsurprised that there's also still a huge to-do list for the developers. £4 is a very valid price for this title as it stands - with free lifetime updates thrown in and an active program of development, Infinite Flight is a no-brainer purchase for any Windows Phone owners with even a hint of the aviator in them.

PS. See below for a second opinion from an amateur aviator! 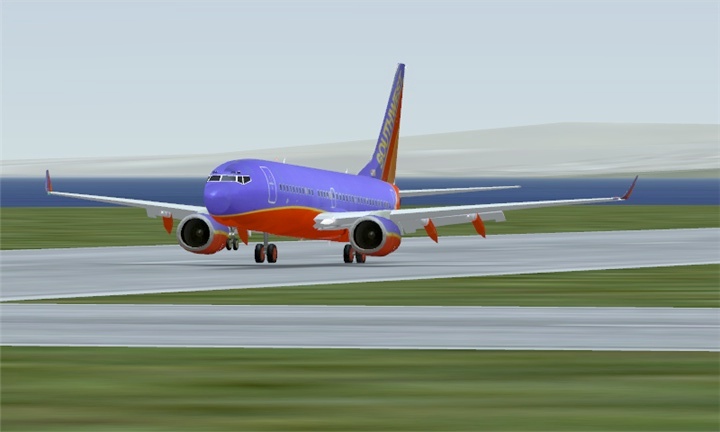 Ewan Spence on the AAWP team has real world flying experience and here offers some quick thoughts on Infinite Flight for Windows Phone:

Yes, long ago I flew. Got the bit of paper that says I can take a glider up on my own somewhere, and had a bundle of flights in light aircraft like the Cessna in Infinite Flight. There's a fine line between accessible gameplay and realism in computer sims, but from my gut feel, this is about right. It's perhaps a little more responsive when flaps are out full, the gear is down, and you're just above stall, but it all feels nice. There's a lot of stuff missing, especially in engine management (no mixture control? Blade pitch? Fuel weight considerations, etc) but that's where the balance point comes in. I'm more than happy to do circuits in many of the aircraft available here, and it's a simple matter to switch off all the HUD graphics and eyeball an approach from ten miles out (like nature intended), so this gets a thumbs up from me as well.