On Monday Kantar released its latest set of Worldpanel data about smartphone market share in the EU5 (UK, Germany, France, Italy, Spain), the US, Australia, Brazil and Mexico. The year-on-year figures showed mixed fortunes for Windows Phones with increased share in Europe (3.8% to 5%), but a fall in the US (3.5% to 2.7%). Brazil is another bright spot with market share increasing from 3.8% to 12.2%, Mexico, by contrast, show a small fall from 2.9% to 2.7%.

Kantar Worldpanel reports its data as a percentage market share of sales in the preceeding 12 weeks (i.e. a three month moving average). The data is drawn from a continuous survey methodology, where consumers are interviewed and consumer behaviour recorded. 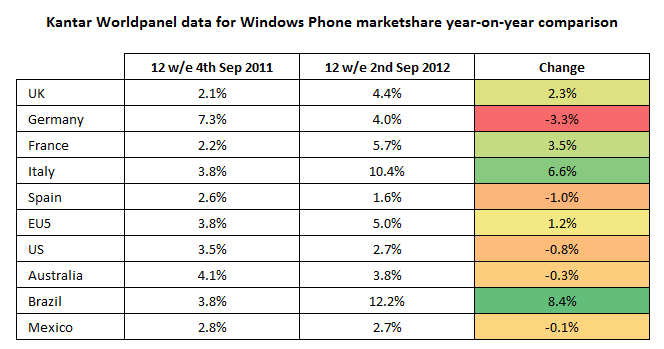 The full Kantar Worldpanel data for September 2011/2012 is available here.

However, as can be seen in the chart below, which shows Kantar Worldpanel market share figures for Windows Phone from the last nine months, there is significant variation from month to month, even with the smoothing effect of a three month moving average. This is because, within a given market, sales volumes of mobile phones are volatile, subject to peaks and troughs in response to handset launches, promotional activity, and price changes.

The overall pattern in 2012, shown by the dotted trend line in the chart, is for increasing Windows Phone market share, from 3% (January 2012) to 5% (September 2012). The preview of Windows Phone 8 offer by Microsoft in June seems to have had little or no impact on sales. Fears that the inability to upgrade Windows Phone 7.5 devices to Windows Phone 8 would cause a sales slide appear to be completely unfounded.

However, it is worth noting that the overall sales are not broken down by device. It is likely that, ahead of Windows Phone 8, the sales of high end devices will have slowed, but this has been more than offset by sales of lower end devices. Kantar noted, in its press release, that the sales of low end devices, such as the Nokia Lumia 610, have been driving sales "in key markets such as France and Italy". 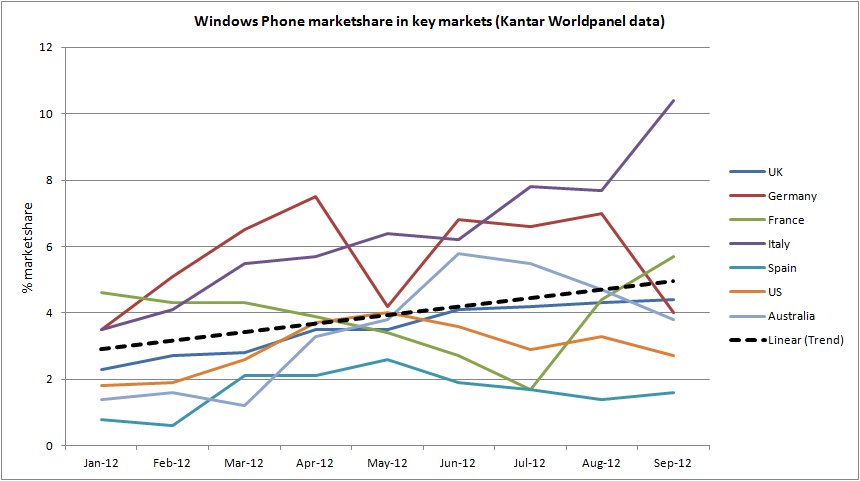 In the context of the overall smartphone market Windows Phone remains a small player, a long way behind Android and iOS, as the charts below show. However, Windows Phone is moving into third place in many markets (Germany, Italy, France, US, and Australia), passing RIM. If current trends continue it will pass RIM in the UK and Spain before the end of year. With Windows Phone 8 coming on stream at the end of the year the prospects for growth in 2013 are encouraging.

Other notable overall trends in 2012 are the decline of RIM, the growth of Android, and a small decline in iOS market share. The latter should be reversed when the sales impact of the iPhone 5 is felt in October's figures, but in the longer term the trend will continue as the total smartphone market continues to grow faster than Apple's smartphone sales. This is due to increased sales of smartphones in the low end of the market. 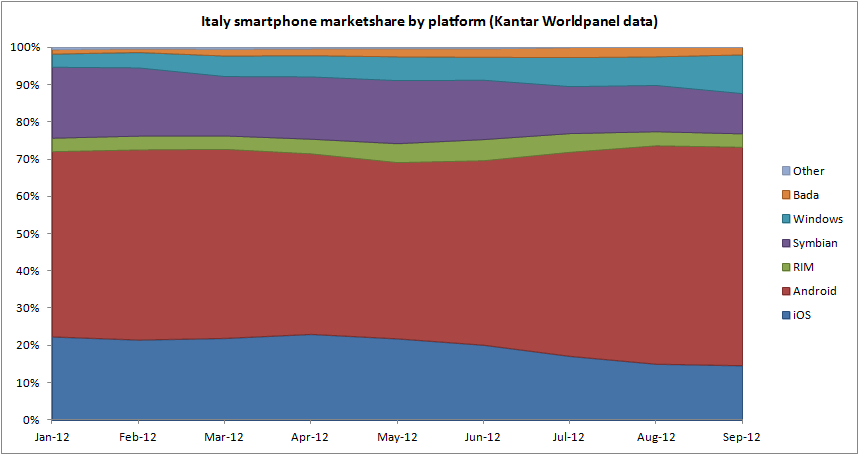 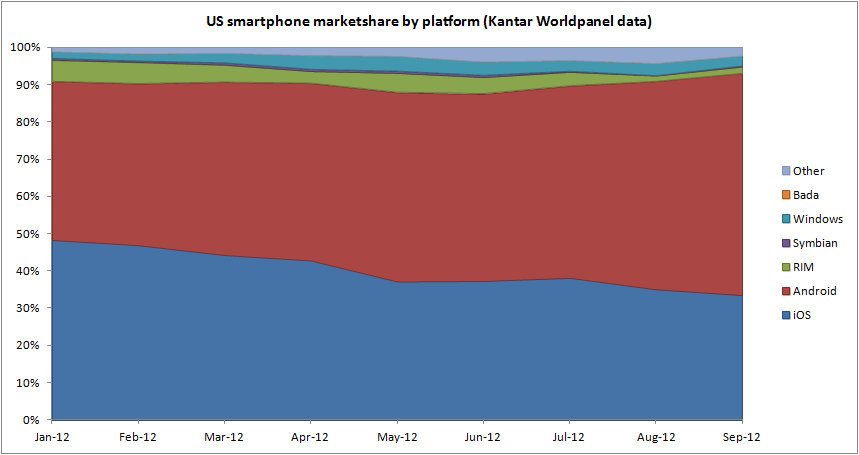 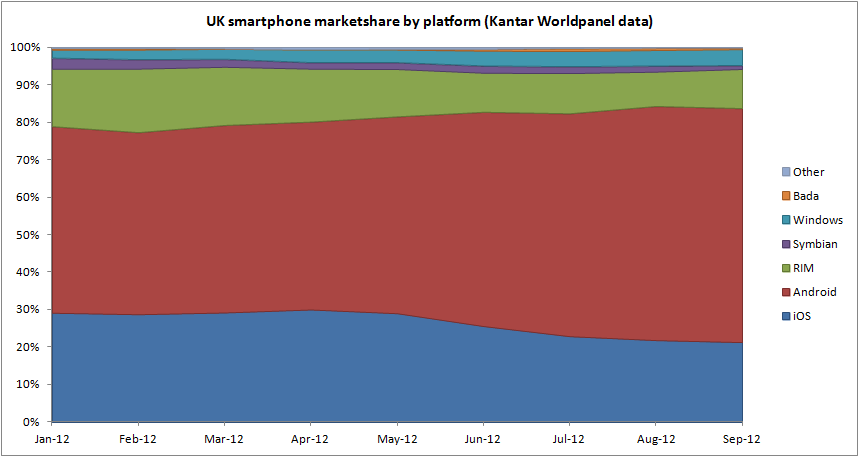