Chinese language site Blogjackphone.com reported recently that, at an event in Hong Kong, Nokia showed a slide indicating that the Nokia Lumia Amber Software update would add support for Bluetooth Low Energy (Bluetooth SMART) to the Nokia Lumia 520, 620, and 720 handsets. The Lumia 820 and 920 are not specifically mentioned in the slide, but in our own testing the Lumia 925, which ships with the Amber software update, does appear to have Bluetooth Low Energy support, suggesting the Lumia 820, 920 and related variants will too.

Bluetooth Low Energy, which is usually branded as Bluetooth SMART in consumer products, is a computer networking technology commonly used to link accessories with mobile phones and computers. Compared to "classic" Bluetooth it provides lower power consumption  making it more suitable for small devices or those device that work best with longer period between recharge cycles (e.g. activity trackers and smart watches). 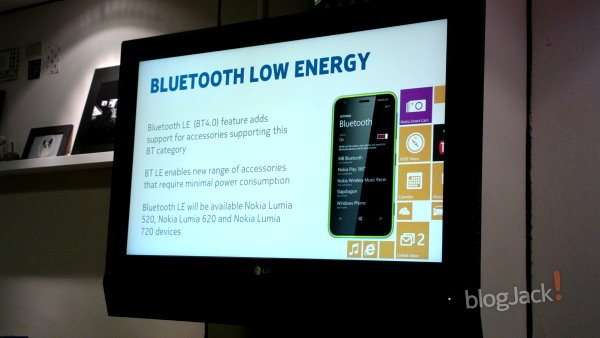 The importance of Bluetooth Low Energy support in Windows Phone is that there are an increasing number of accessories that support the technology (e.g. Fitbit Ultra, Nike Fuelband) and many more are likely to come on to the market in the next year. In many cases an additional app may be required in order for the Windows Phone device to take advantage of the accessory (e.g. a Fitbit Ultra would need an app that supported connecting to and receiving data from the device by Bluetooth SMART).

All of Nokia's Lumia Windows Phone 8 devices use the WCN 3660/80 "Combo Chip", which in addition to Bluetooth, also provides WiFi and FM radio functionality. This would suggest Nokia's other Windows Phone 8 devices will also support Bluetooth Low Power, but it is still possible that small specification differences mean that only a sub-set of devices will be supported.

We tested the Nokia Lumia 925 with a Fitbit One. While there is no official Fitbit app and the existing third party apps only support sync via the web, the Fitbit One did appear to show up as "My Radio" in the Bluetooth module of the Settings app, indicating that the Lumia 925 could "see" Bluetooth Low Power devices. It was not possible to successfully connect to / pair with the "My Radio" device, but as noted above a specific FitBit app is likely to be required. Other Bluetooth SMART devices may operate without the need for additional software. 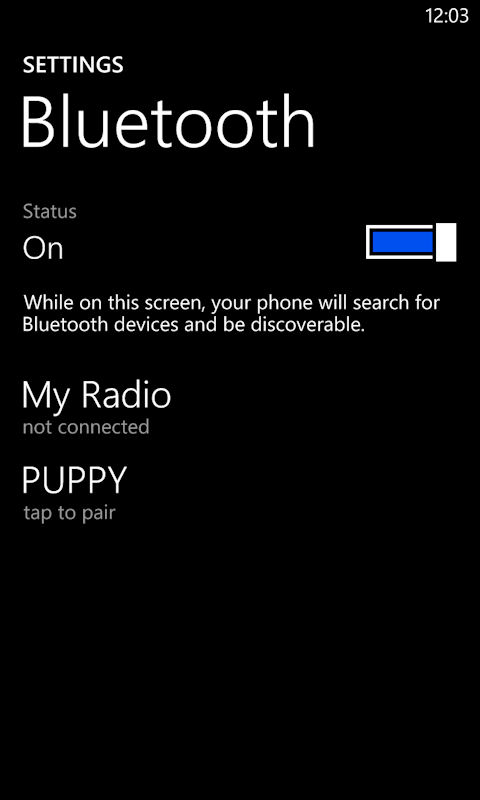 Fitbit One showing up as "My Radio"

Bluetooth low energy originated as a project in the Nokia Research Center, and was released to the public in October 2006 with the brand name WiBree, but in June 2007 an agreement was reached to incorporate it into the Bluetooth specification, and in 2009 it became the lead feature in Bluetooth 4.0, which was formally released in 2010.