Whatever Windows 10 Mobile-running phone you own, whatever its status, the chances are that you have a new OS build waiting for you in Settings right now. This is, of course, Microsoft's regular 'Patch Tuesday', even if they don't call it that, and I've quoted a few example version numbers to look out for.

On my production and 'Release Preview' devices, I'm seeing update 14393.1066 available - this is the standard Anniversary Update (Redstone) branch still, but does include:

Most of this is security-related, of course, and should be installed right away to keep your phone(s) secure. 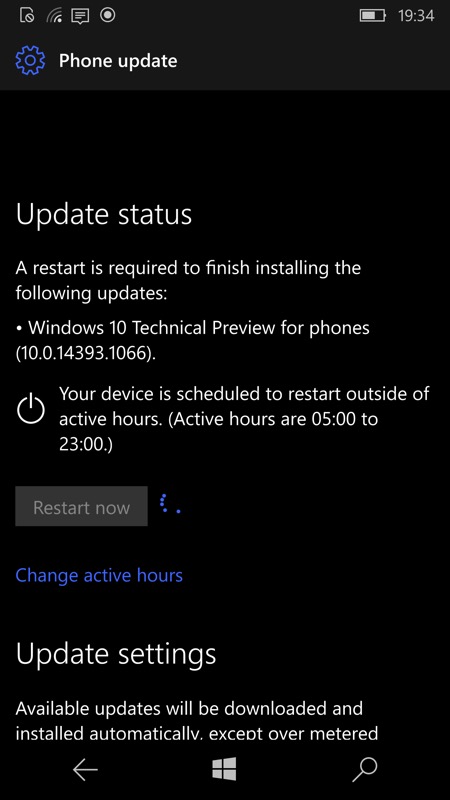 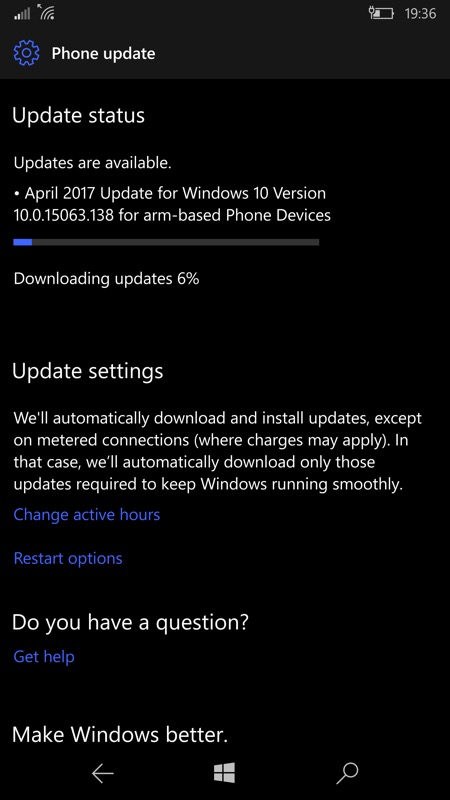 On Fast and Slow Insider rings, on the Creators Update (Redstone 2) branch of Windows 10, we're seeing OS build 15063.138, which includes:

Again, this is mainly security related and fixing a lot of the issues common to multiple branches of the OS.

Anyway, check Settings/Update & Security/Phone update on your phone and install whatever's there. When it comes to security, best to take a 'Microsoft knows best' approach.

What we haven't seen yet is the Windows 10 Mobile 'Release Preview' Insiders ring jump to branch 15063, i.e. previewing the production Creators Update that will roll out in a few weeks time. Microsoft is cutting this one quite close - I'd expected this to happen over a week ago. Maybe they were waiting for today's fixes to be distributed before pushing 15063?

Interestingly, even 'forgotten' Windows 10 Mobile devices, including those 8.1 devices upgraded via the Insiders programme against Microsoft's eventual advice, and which had been 'stuck' on the 10586 branch (Threshold), are also getting the same security fixes, with build 10586.873 arriving today. Wow.

The slightly odd update 'names' above almost certainly stem from these fixes coming from the security teams rather than those concerned with pushing the OS forward. In short, don't worry about the names for now.