Windows Phone 8.1, 'End of Support' - and how to extend it by up to two years

Cue the usual unwarranted panic over the 'end' of something, but this particular item has been inactive and effectively dead for months, if not over a year. Today, July 11th 2017, is the official 'End Of Support' date for Windows Phone 8.1. Some quotes and comments below.

From the Microsoft Support pages, and include point 1 just for context:

1. What does the Windows Phone Support Lifecycle Policy cover?
Starting with Windows 10 Mobile, Microsoft will make updates available for the Operating System on your phone, including security updates, for a minimum of 24 months after the lifecycle start date. These updates will be incremental, with each update built on the update that preceded it. Customers need to install each update released in order to remain supported. Distribution of the updates may be controlled by the mobile operator or the phone manufacturer from which you purchased your phone. Update availability will also vary by country, region, and hardware capabilities.

2. Will I still be supported on Windows Phone 8.1, if my existing phone cannot upgrade to Windows 10 Mobile?
Microsoft will continue its existing support for Windows Phone 8.1 until the end of support date of July 11, 2017.

Windows 10 Mobile's various branches (Threshold, Redstone, etc.) each have 24 month support on a rolling programme, while Windows Phone 8.1 was originally specced with a 36 month support window. This closes at the end of today, July 11th, and from now on there's no possibility of patches or updates of any kind to 8.1-running phones.

It's a storm in a teacup, mind you, since there haven't been any pushed (i.e. OTA) OS updates for Windows Phone 8.1 phones for at least two years. Not that 8.1 necessarily needed any security updates, since it was already very secure and also a small target in the wider mobile world. Feature updates all got pushed into the Windows 10 Mobile ugrade and its UWP applications, which makes the wording of point 2's bold text above interesting.

It explicitly tells users about the 'upgrade to Windows 10 Mobile' as the recommended alternative to losing support, something which Microsoft has been too quiet about over the last couple of years. Admittedly there's the relatively prominent upgrade page here, screenshotted below, which Google (or Bing!) will help users find. But there has been no official email out to all active users telling them about the upgrade. 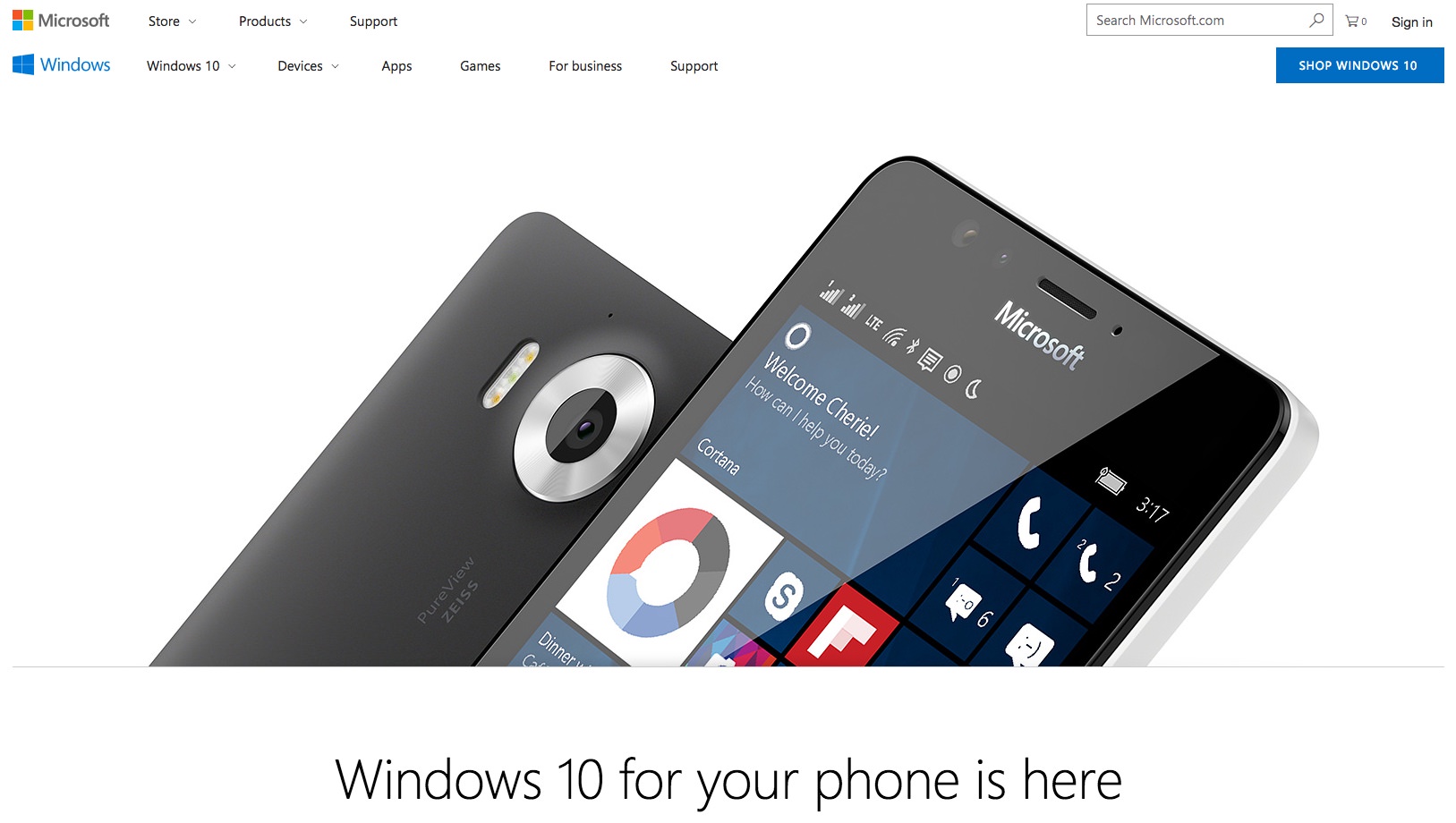 See also my feature looking at which branches of Windows 10 Mobile each phone's users can upgrade to. (The table from which is reproduced below, for convenience.) All of this means that once a user has upgraded to W10M then they'll get 24 months after the official release of whichever OS branch they're officially allowed, for security updates and patches/fixes. Potentially adding at least another year, if not another two years of support for each phone/user.

Just as an example, take a humble user of a Lumia 640, launched only six months before Windows 10 Mobile was available. Such a phone and user will be unsupported after today, but by upgrading to Windows 10 Mobile they can jump up to the Creators Update (Redstone 2) and thus will have support and fixes until Spring 2019.

To take an older example, what about an older Lumia 735, from mid 2014? This can be officially upgraded to the Anniversary Update (again, see below) and thus will continue to get full support until August 2018.

In short, today does mark the point at which the older Windows Phones aren't being supported at all, but then they haven't been for a long time in reality. And anyone with a phone from 2013 onwards stands an excellent chance of extending support for another couple of years simply by doing the upgrade.

PS. Here's the aforementioned table - if your browser can't handle it then there's a downloadable image version