Well, it didn't take a rocket scientist to see this one coming. Back when the Windows 10 Mobile-running HP Elite x3 was launched, it came with a custom virtualisation solution from HP (actually layered on top of Frame), the idea being that employees out and about could then run enterprise Win32 applications remotely on their Continuum display or HP Lap Dock. But Workspace was slow, clunky and expensive... and now no more.

HP's statement over on its Workspace site states:

Thank you for your Interest in HP Workspace! As of July 31, 2017, HP has discontinued the HP Workspace product.

When the HP Elite x3 was Introduced, there were limited options to deliver Windows PC applications to Windows 10 Moblle devices. So we created HP Workspace to enable HP Elite x3 users access to Windows 'Desktop' applications. Since then, leading providers such as VMWare, Microsoft. and Citrix, have released or irnproved their solutions for this operating system. 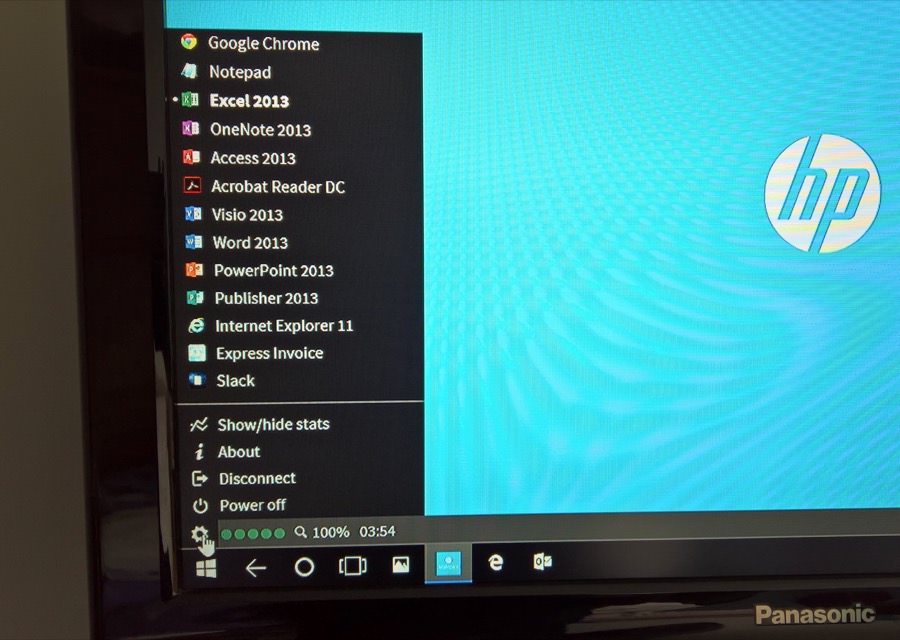 You may remember that in my review of HP Workspace, as part of my Elite x3 mega-review, I said:

But line up all your ducks in a row and it's possible to be 'using' Publisher, Access, Slack, Visio and many more popular desktop applications, using OneDrive as default storage and with hooks to Box, Dropbox and others.

A business solution that didn't include a way of running bespoke or desktop-class Win32 applications wouldn't be complete and HP knew it. Which is why it has licensed Frame's virtualisation service, adding in software and then reselling the package as HP Workspace. In essence, your business is paying per user per month for access to an 8GB single core virtual PC (each) on Frame's servers. The Win32 applications effectively run in a browser instance at up to 15 frames per second and at bandwidth up to (in my tests, in extreme cases - such as video) 4Mbps.

Quite a few ducks in a row, as it happens. Users needed all of:

Put all of that together, remind a company that they're paying (£1200 per user and then £600 per year per user) for all of this and then ask the question "Why not just give them a Windows 10 laptop for a one-off £500, giving 100% compatibility with all applications, instant response, no hassles and no time limits?" The comparison is ridiculously one-sided, however geekily clever the remote Continuum/Workspace solution might seem.

And if a company did want to get remote users, equipped with Windows 10 Mobile (or other OS) phones online to the company servers with custom Win32 applications, I did also point out in the review that (e.g.) Microsoft's existing Remote Desktop UWP app runs fine under Continuum - and is free and without time limits. And it seems that sanity has prevailed and that Microsoft's (and VMWare's and Citrix's) solutions have won out - simpler and cheaper all round.

You'll also have seen the rumours about the Elite x3 being pulled from sale later this year - this has already been debunked. The Elite x3 and its Lap Dock will continue to be sold - though without HP Workspace.

PS. It's somewhat telling that this was withdrawn from sale over a month ago and no one really noticed (apart from Andrew Orlowski, it seems) - HP Workspace was always something of a service destined to fail.