With the switch/focus at Microsoft away from Windows 10 Mobile 'Insiders' test builds, using these rings to try out advance versions of core UWP applications is also now outdated. Or so evidence from the Microsoft Store suggests.

A week ago, we reported on the intention by Microsoft to stop compiling new Insiders ring development builds for Windows 10 Mobile. Effectively, from now on we just have the monthly security and bug fix updates for the OS. However, UWP application updates, not least for all Microsoft's own applications will continue apace. And talking of app updates, the last few days have also shown another important trend moving away from Insiders builds - they've been used in the past to trial new versions of the likes of Skype, Outlook and Office apps, but it seems like these will now be pushed to production status handsets instead. And, curiously, only production.

Admittedly I'm conjecturing here, but I have a pretty major data point - the Microsoft Store application itself. The version number on my 'Fast' ring status handsets (shown below, left, on my Lumia 950 XL) is five builds (and two real world updates) older than the Store version on my (now) production status IDOL 4 Pro (below, right): 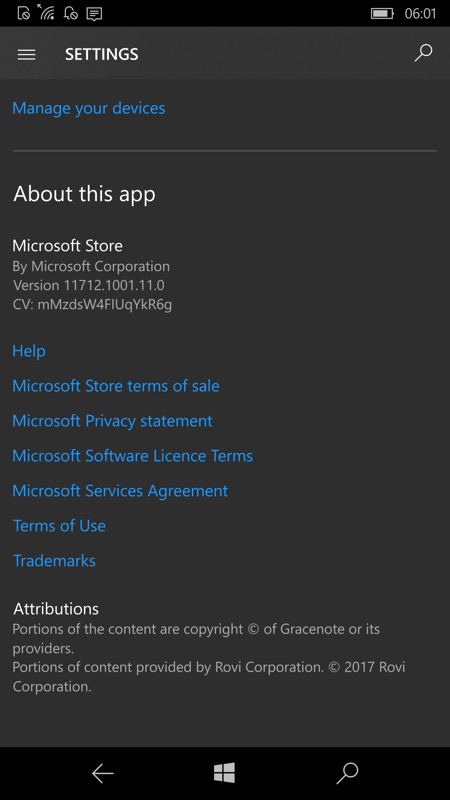 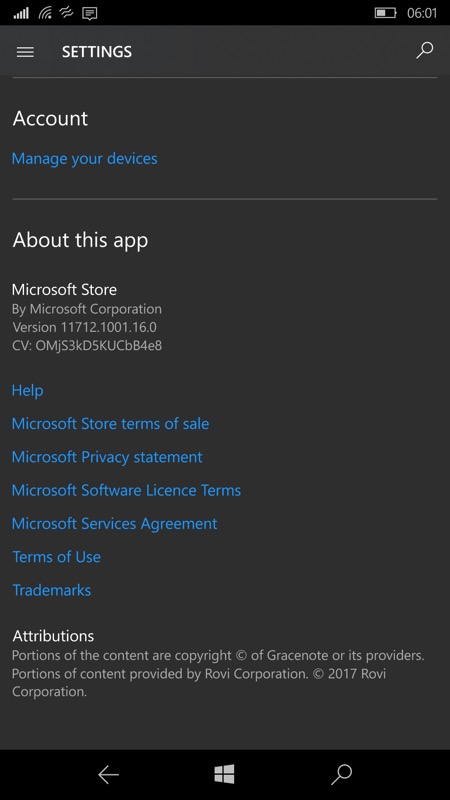 (The intermediate build was .13.0, in case you were wondering) Now, it's true that there are no visible changes between the two minor versions, but there will have been bug fixes and it's the cutting edge of the new trend, I think.

My advice a week ago was to 'Stop Insider builds' on phones which had previously been left on the 'Fast' ring, if ony to hoover up new application updates, but it seems that this may not still be the best option. Leaving the Insiders programme on each phone may well result in newer applications and, hopefully, new features and less bugs.

When you opt to 'Stop Insider Builds' (in Settings), the option to go for is 'Keep giving me builds until the next Windows release'. This puts you back on track to pick up the monthly Windows 10 Mobile branch releases when they exceed the build number of whatever your device is currently on. And, yes, it lets the Store application know that your phone is now 'production' again, letting it pick up - ironically, in this case - a new version of itself!

Interesting times, though the pace of application development (if not the core mobile OS) is still impressive and not a day goes by without multiple app updates to core Microsoft phone properties.

Comments welcome - have you spotted any more major applications with newer versions on 'production' status phones than 'Insiders' devices?