Windows 10 Mobile monthly updates for all

UPDATE: Six months extension for 'phones' has been applied now and the last OS patch for Anniversary Update will be in October 2018 after all. See newer News stories for updated charts. 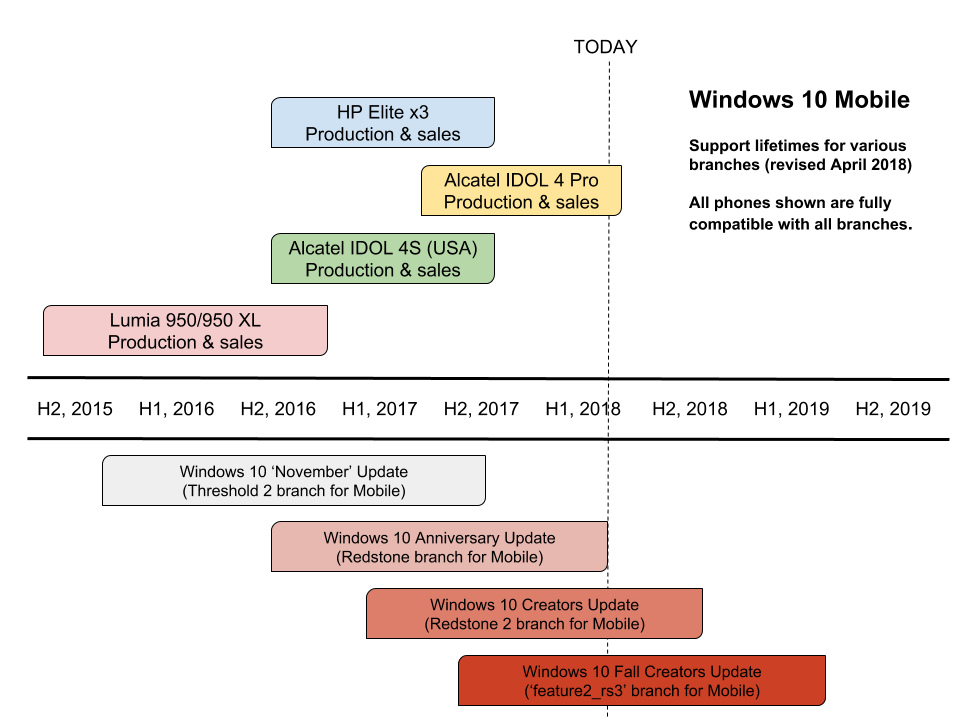 Now that the Fall Creators Update ('rs3', i.e. 'Redstone 3', at least in name) is the 'production' branch of Windows 10 Mobile, we are seeing 'Patch Tuesday' fix round-ups for it too, with the official list for 15254.369, the 'April 2018' update' mainly composed of minor fixes and security patches, at least in terms of mobile relevance.

Note that for any phones left behind on Anniversary Update (why, why? Use our hack if you're techy enough!), this is the last ever official monthly patch/update.