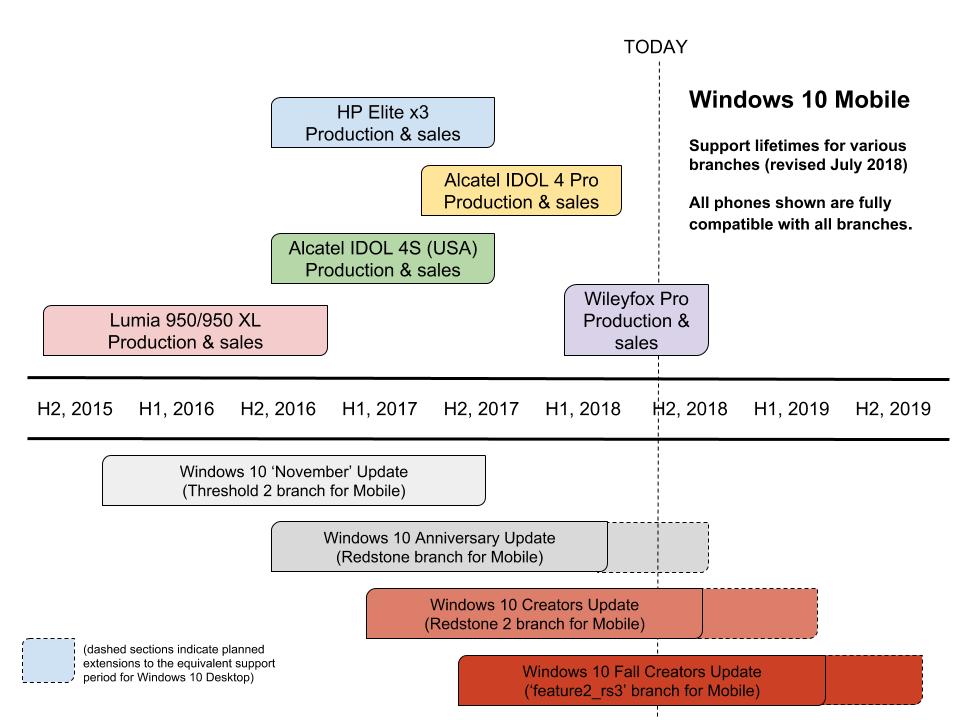 The Fall Creators Update ('rs3', i.e. 'Redstone 3', at least in name) is the 'production' branch of Windows 10 Mobile, and these are regular 'Patch Tuesday' fix round-ups for it, with the official list for 15254.490, the '2018-07' update' mainly composed of minor fixes and security patches, at least in terms of mobile relevance.

In each case you get the core security and component updates, though obviously without any subtleties in functionality introduced in later branches for Desktop or XBox.

PS. Note the effective (in terms of new builds) termination of the Insiders programme - we've only been dealing with these 'Patch Tuesday' updates since February 2018. Besides the lack of development of new features, Insider builds for Mobile are just not worth bothering with for Microsoft, since the changes from month to month are small enough (and common enough to Desktop) to just be tested internally.