The story so far. Microsoft's Maps product, built into all Windows 10 devices (including phones), had been using out of date (2016) maps from HERE, pending a major platform update in terms of how Microsoft massage and process the raw map data. Prompting complaints from users and a response from the Bing Maps team. Happily, I can reveal that the new data went live overnight for much of the world, with my 'canary roads' in the UK now present and correct. Phew!

The upshot is that Windows 10 Maps is now fit to be used for in-car sat-nav again, at least on a Windows 10 Mobile smartphone.

Remember that the Maps team said, back in April:

We have been speeding up our data processing and expect an update to be available this summer.

'Speeding up' is a little disingenuous, since the maps were already over a year out of date even then. But at least it's all here now. Here's some screenshot proof, from two 'canary roads' that I know well: 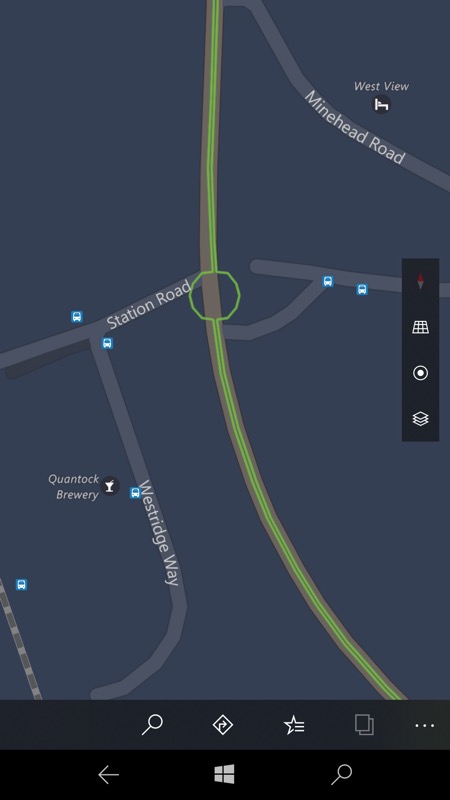 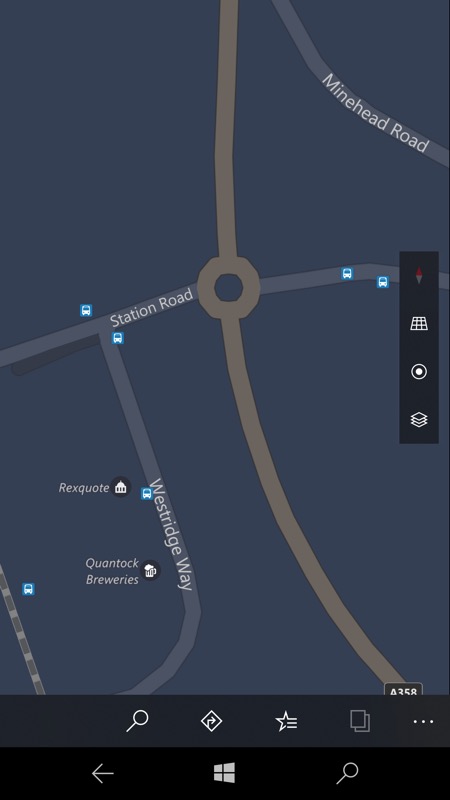 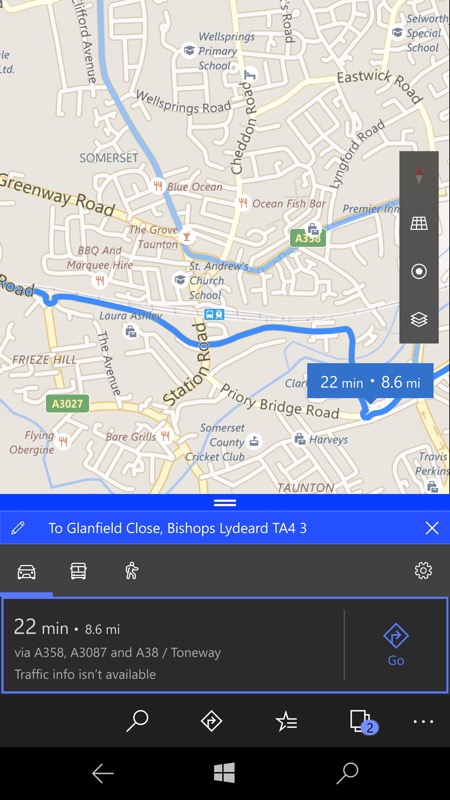 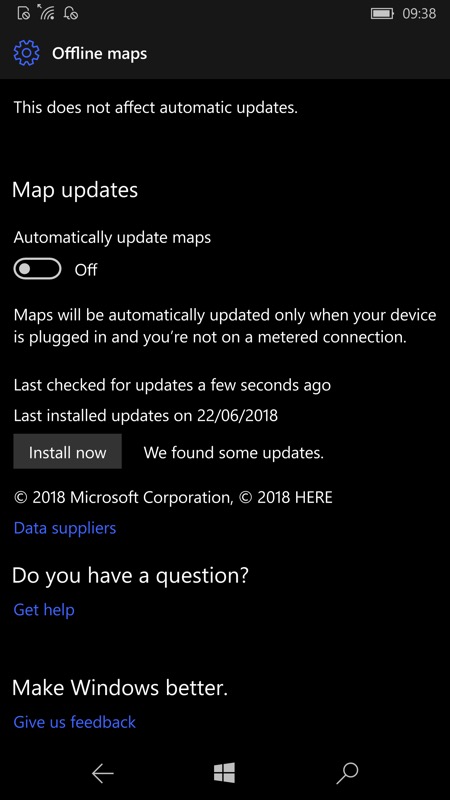 Another example. The highlighted route from East of Taunton through to the A358 now uses this new bypass road. It was finished a year ago but wasn't in Windows 10 Maps yesterday. But it's there today and, most importantly, used in routing. Given that this road's presence shaves 10 minutes off my typical cross-town journey, having Windows 10 Maps agree with the likes of HERE and Google Maps again is gratifying, even if a little late in the day; (right) if you want these new maps offline, then take a trip into Settings, as here!

We all have our own canary roads, of course, in our own countries. Roads which exist and which Bing Maps/Microsoft Maps didn't seemingly know about. But do check them now, there's a good chance that the platform update that's now rolling out across the world will include new maps data that you'll like!

Does this mean that Windows 10 (Mobile) Maps are now reliable again for in-car navigation? Actually yes, though the sheer granularity of local traffic data can't match that in HERE and Google Maps. But away from local snarl-ups, at least Windows Maps is now in the same ballpark and not an embarrassing last.

Comments welcome then - what about your local roads? Examples, please, of both successes and failures with these new maps.