Back in May, I took a look at Launcher 10, an Android app launcher/front end that mimics Windows Phone/Windows 10 Mobile and helps keep continuity of interface for anyone switching away to an Android flagship, in the absence of current Windows hardware. Since May, the launcher has added a big new feature that even Windows phones never had - landscape mode! See below for screenshot proof.

From my initial look's conclusion:

My takeaways then, after (admittedly only) a day with Launcher 10:

Here are updated screenshots from the new version: 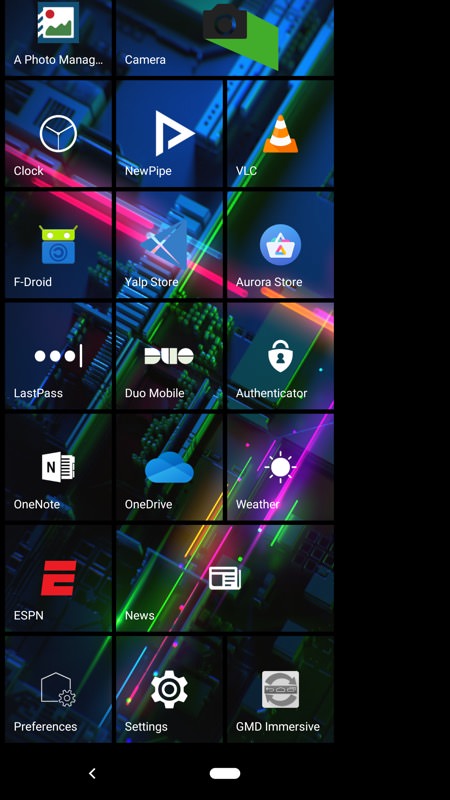 A typical Start/home screen in Launcher 10. Under the new version of the launcher though, you can now use your phone in landscape mode - rotate the phone to get: 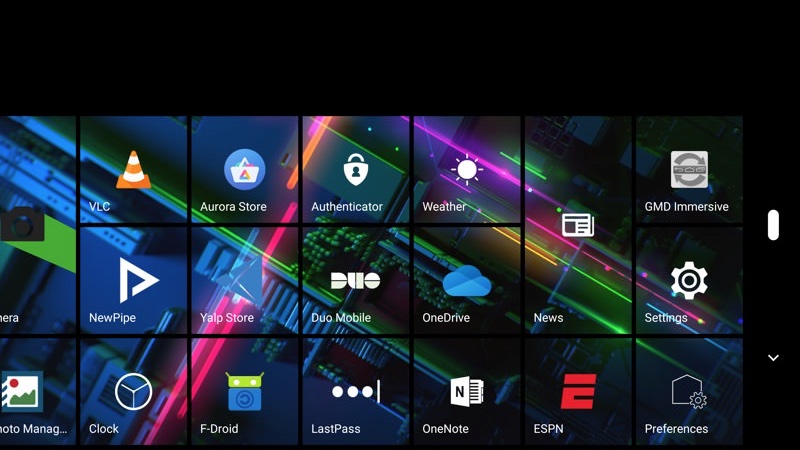 You'll notice that the layouts aren't perfect, especially in terms of margins/gutters, but the achievement of being able to run this launcher in landscape mode at all, and without messing up the live tiles, is noteworthy, I feel. 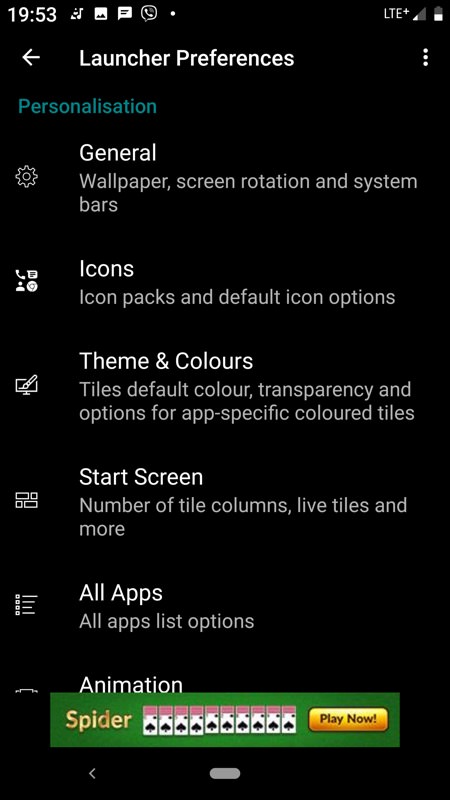 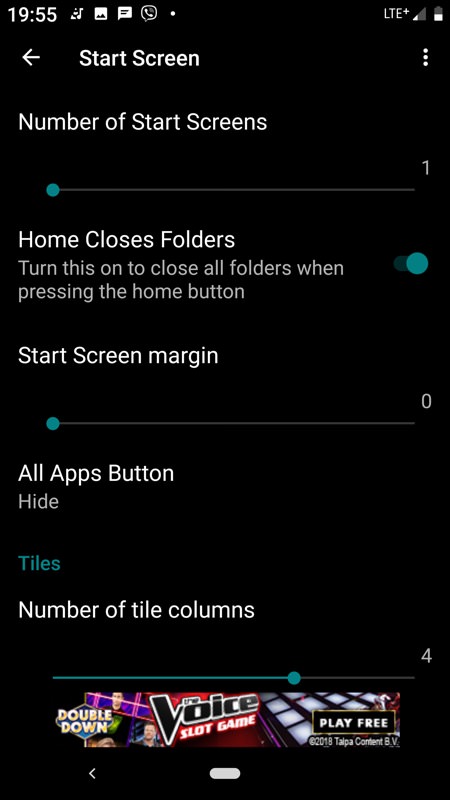 Some of the preferences and settings, including controlling the new rotation possibility. Note also the control of margins, so you'll want to play around, especially if you do indeed plan to sometimes use the 'Start screen' in landscape mode... 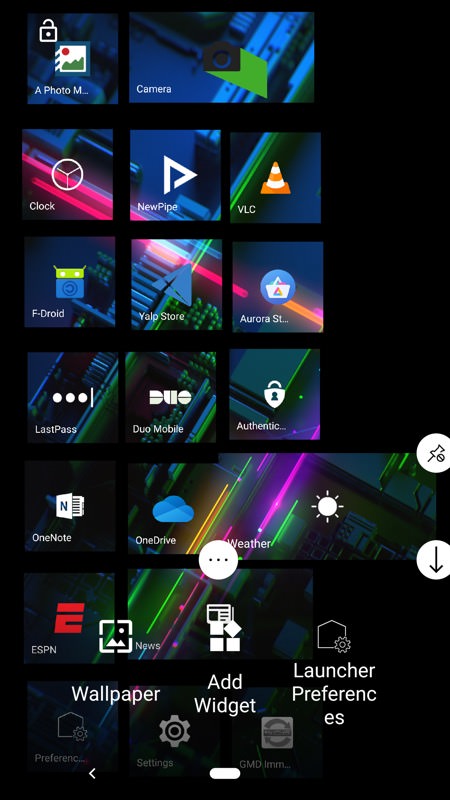 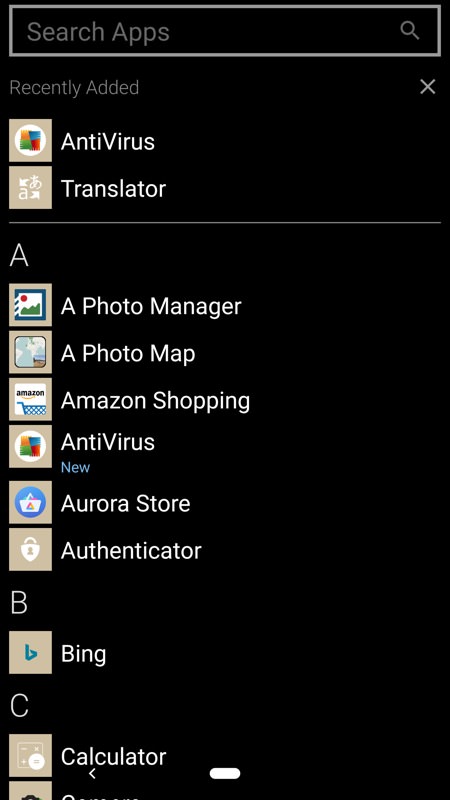 Dragging around (and resizing) live tiles as you would under Windows 10 Mobile; (right) swiping across for the application list and - yes - you can still tap on a letter to bring up an alphabetic grid, for quick access to a particular application starting with a particular letter.

Many thanks to a keen AAWP reader with his help on the screenshots here, on his personal Razer Phone. You can find Launcher 10 for Android in the Play Store here. 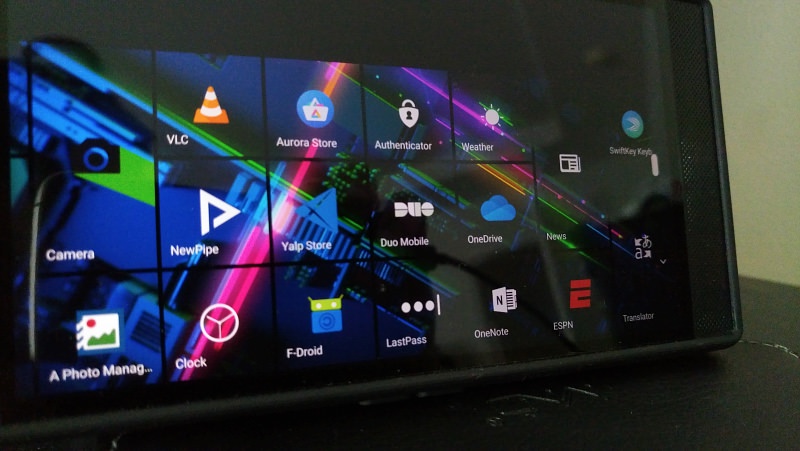 You're going to wonder about the on-screen ads in the settings panes and the lack of 'live' in the live tiles? This is because the AAWP reader concerned has apparently gone all in on not giving Google any more money and doesn't want to use the in-app-purchase(!) Still, if you're OK with a small one-off payment then there are some applications with supported live tile information and animations.

Comments welcome! I think I'll need to set up a spare Android phone here again with this software and see how I get on later in 2019, as the urgency of finding a supported phone platform increases.