Winsta UWP (an Instagram client for Windows on phones) has seen numerous updates over the last couple of years, constantly pushing the boundaries in terms of what Instagram features are supported and constantly fixing things which break because of changes at Insta's end. And we now have a big new, shiny v3.0, much of which is a rewrite and involves architecture changes to make Winsta more future-proof.

Here's the official (huge) changelog for v3.0 (note that a few items are PC only, this being a UWP application for Desktop as well):

Add it all together and it's a major update for the client in terms of fitting in with Instagram on other platforms. Having said that, it's optimised for Windows 10 on the desktop - it works just fine on Lumias (etc) and Windows 10 Mobile, but it's not exactly fast - there are occasional pauses while feeds and images load in daily use. I was testing it on a Lumia 950 XL - it'll be faster on the Elite x3 and IDOL 4 Pro, both of which also have more RAM, but don't expect too much on lesser specced Windows phones. 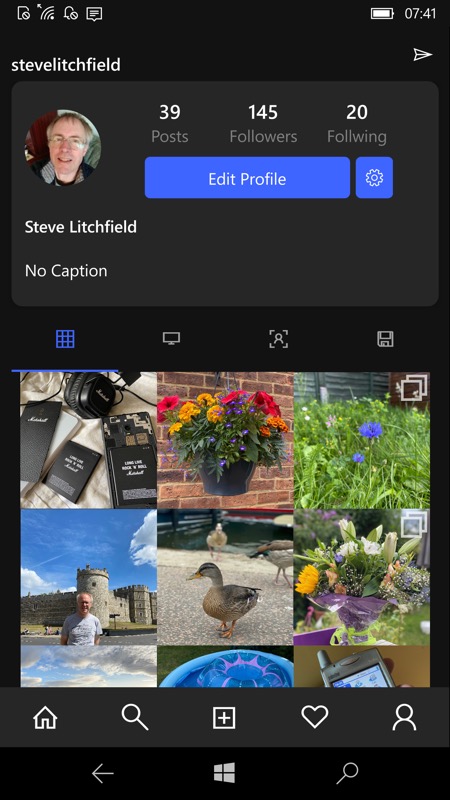 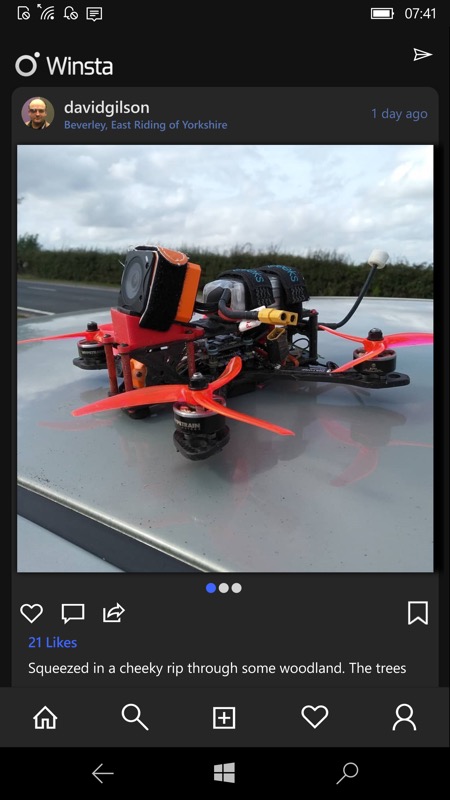 I'm not a huge Instagram user, but I do play with it - here's my profile page, with media, and starting to browse my Instagram timeline - anyone remember our very own David Gilson? 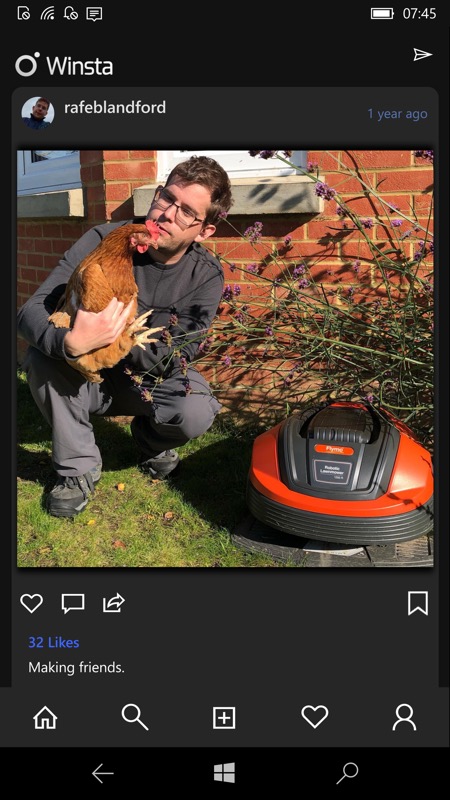 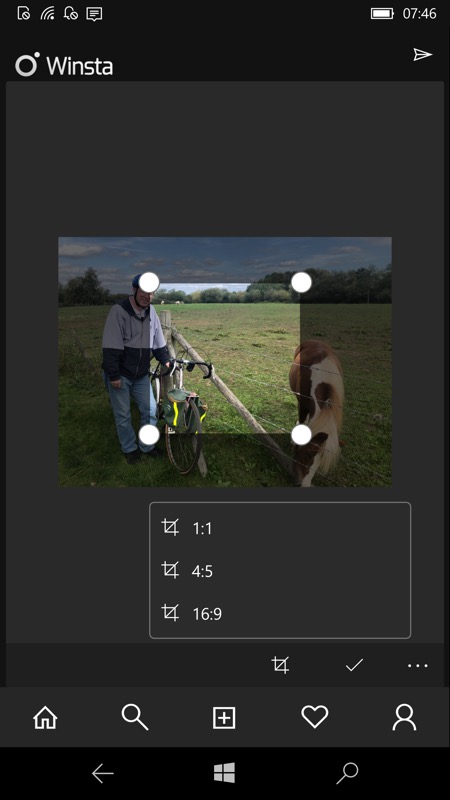 Plus site owner Rafe of course, usually with wildlife nearby - but then - ahem - so am I, in the right screenshot, out for a cycle ride and in baggy clothing because it was cold and windy. Friendly horses though. Tapping the crop tool lets you pick the aspect ratio to use, though note there's no 'free' option. 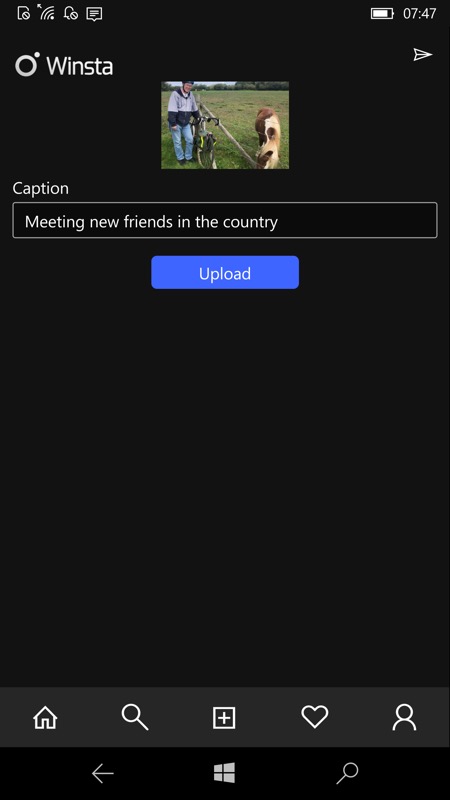 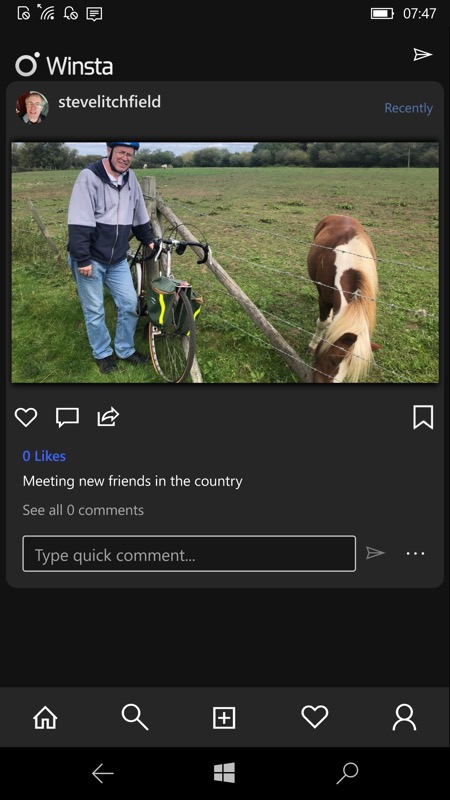 The posting UI and the finished result on 'the 'gram'. Uploading media works a LOT more reliably than on the previous v2.x generation of Winsta, so the rewrite has worked wonders. 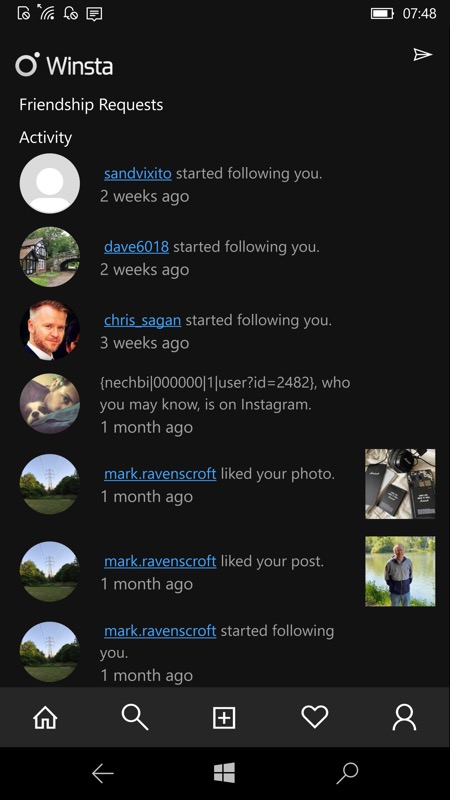 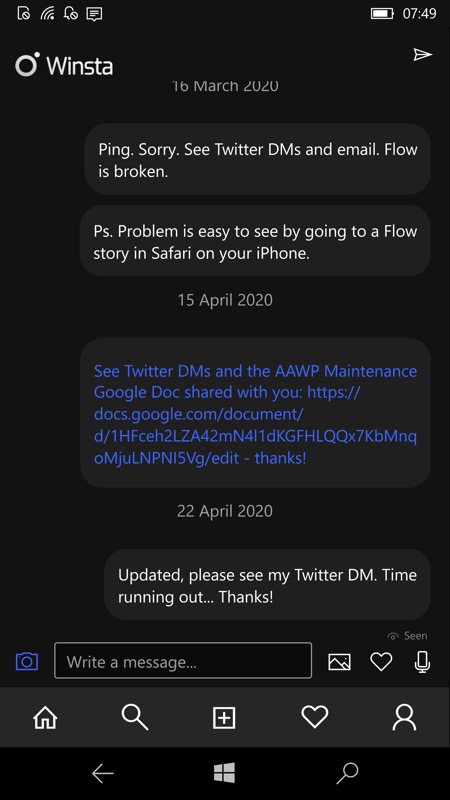 Winsta UWP has a very active developer and there's an Insider user community here on Telegram. (Access the latter through Unigram Mobile Messenger UWP!) See you there?

As I stated before, Winsta UWP is still highly recommended. There's a lot to like about Winsta, it's a breath of fresh air - you can directly encourage the developer by buying Winsta, since it's a couple of quid in the Microsoft Store. Go on, if you want to see this updated further, buy the developer a cup of coffee in this way...