Glow Artisan brings some rather deep thinking to Xbox Live, with colour mixing, optional time limits, limited moves and one hundred puzzles to re-create. If you've got a touch of the obsessive in your puzzler genes, then Glow Artisan is going to keep you busy for a long time.

Think of this as a mix of jigsaw and sliding puzzle. Using your finger, you pull in strips of colour from the top or the left of the playing board. You're handed a target colour grid to achieve in the top half of the screen.

Two things to note; the first is that you can clear one entire horizontal or vertical line in the grid, but it's an all or nothing option. Unlike sliding in colours which can be any length over the grid, clearing a line is everything in the row or column.

The second thing, and the one that gives the game a lot of its depth, is that, just like the cheap paints you can buy in the pound stores, when you put one colour over another, they are going to mix. If you need one orange square, you need to throw red and yellow over that square. Having a complex colour mix, coupled with limited options to clear tiles around them, means you need to concentrate, plan, and try to work out just how to recreate the target colour grid. 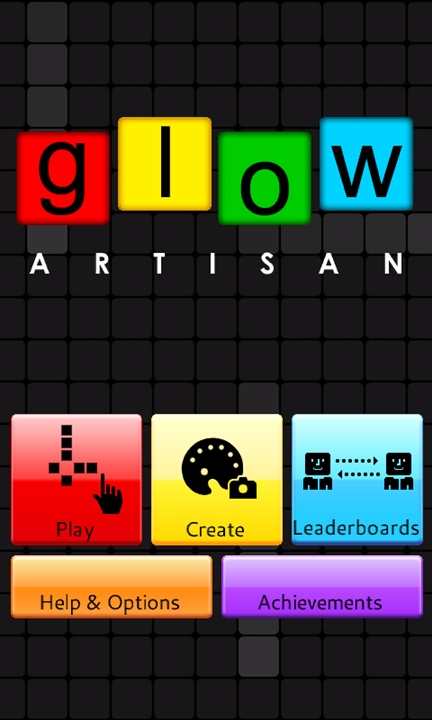 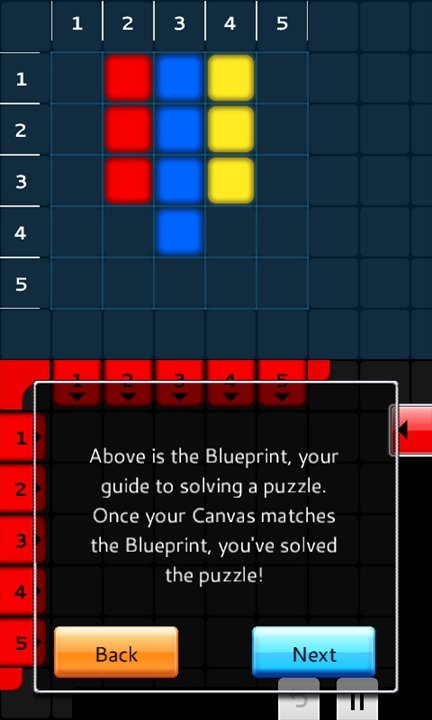 Throwing level after level at you can get boring, and this is where Glow Artisan has two tricks to try and keep you at the puzzle coal face. The first is that each level has a target time and moves to solve, with gold, silver and bronze levels of success. If you have the nature (like me) to get the perfect puzzle solution, then the gold medal moves number will be the bane of your life. It's not enough to solve a puzzle, but to solve a puzzle by using two less moves than you did just now, for example. That's going to tease you.

You also have awards for solving a puzzle under a certain time - generally times which are insanely fast and require you to memorise a ten move solution so you can recreate it in under six seconds to get the medal. I quickly stopped trying to capture the time medals.

And that means I'm not going to collect all the Gamer Points. The 200 points on offer are generally awarded for completing a certain number of levels and gathering gold medals throughout the game. Just playing through should see you earn 130 of the 200 points on offer, which feels a little bit too easy (but not as easy as some other Xbox Live titles, such as Collapse). 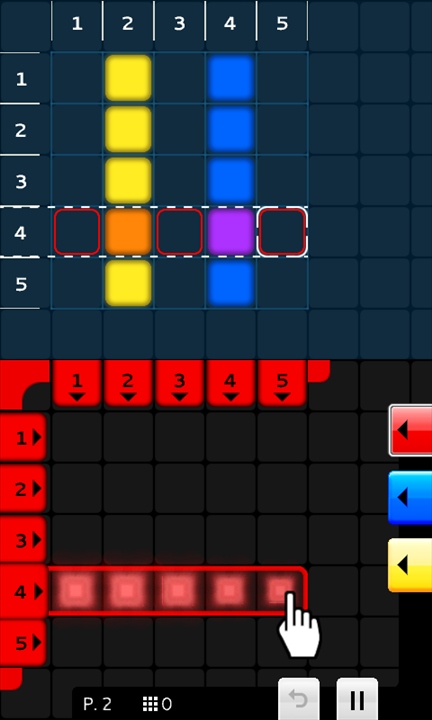 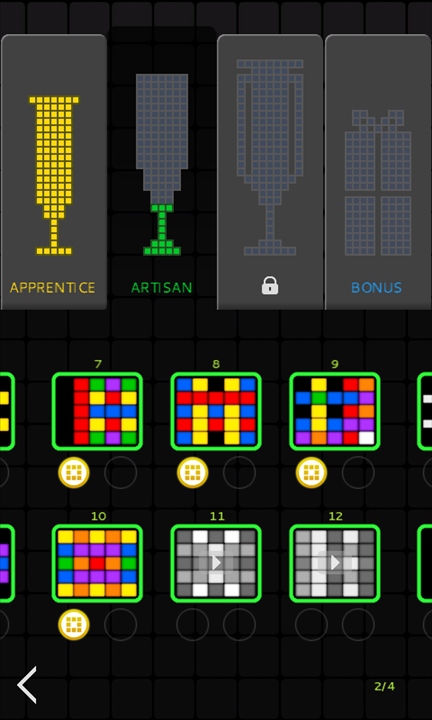 Glow Artisan isn't unique to Windows Phone, having started in the Nintendo DSiWare store, so if you're wondering why all the touch interaction seems to be stuck in the bottom half of the screen, that's why. Apart from that, there's very little legacy from the DS that feels wrong on Windows Phone, apart from the long resume times. Glow Artisan hasn't had a Mango update, and it will be interesting to see if this title, which has been out for some time, will have a nudge to support multi-tasking.

To get round this, you'll be asked if you want to continue the puzzle you were on when you return to the game, or start again with a "new" running. Here's where the Mango code would slip in, but for now it's an okay compromise, and if you're heading for a long playing session that doesn't involve going in and out of the application then you'll never notice. But if you are a flighty smartphone user hoping to keep a check of online services while playing, then the long reboot time of Glow Artisan will start to annoy in short order.

Over time, I've started to get frustrated at Glow Artisan's loading time, less so at the puzzles. There's no external influence on the puzzles, and if you put aside the almost impossible time constraints on the later levels, this is an incredibly cerebral game that rewards clear thinking and planning. It's going to be an acquired taste, and while I would suggest everyone grabs the trial version, I don't think this is going to be a genre crossover hit.