Collapse takes a game genre that's been around for a long time, grafts on a cute cartoon hero with a little quest for adventure, and hopes that's enough. It's not. Collapse might be value for money at 49p, but at £2.29 (in the UK marketplace, your country may vary) it's not got enough depth to justify the price.

Okay, genre describing time. You get a line of coloured tiles, and if three or more of them touch, then you can tap 'em and they disappear. Any gaps are filled by the tiles above the gap falling down due to gravity. Depending on the game mode, new full lines of colour are pushed up from the bottom of the screen after a certain time, or on every successful move you make. If the pile of tiles reaches the top of the board, then your game is over - avoid this for a set number of added lines, and you complete the level and move on.

Games like this have either the "last until something happens" mode (as Collapse has), or giving you the Herculean task of simply clearing a full grid with no extra tiles added. Personally I prefer the latter and shooting for a high score, rather than a simple exercise in survival. 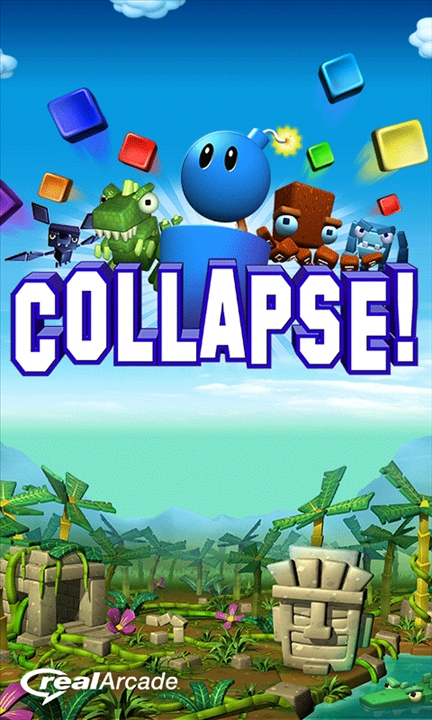 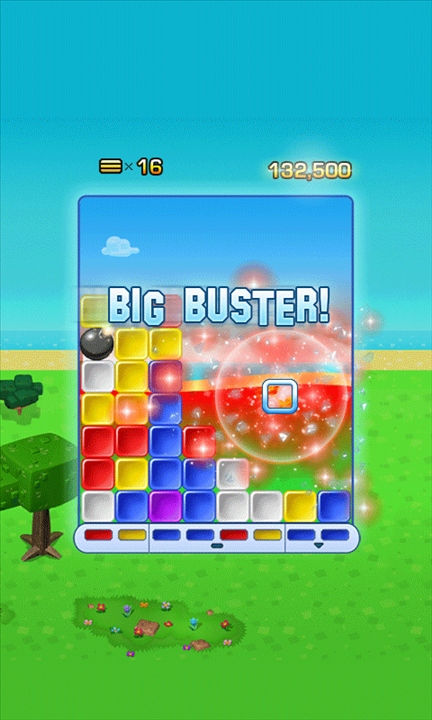 Neither is the "adventure" mode pushing the boat out. Yes, you have various sub-styles of play beyond the classic mode described above. Relapse mixes up the extra tiles being added, with lines of them coming in from the top instead of the bottom; Panic is similar but they feel the effects of gravity as they appear; while Strategy is where tiles are only added when you make a successful clearing move.

There's also Puzzle, where you are challenged to remove all the tiles in a grid in a set number of moves. There are no additional blocks coming in, it's just you, logic and the designers. I would be quite happy with a Collapse game that is just the puzzle variant, because the other modes feel very gimmicky, and it's the only one that feels fresh and challenging to me.

You also have the staple of arcade games looking to spice things up with some special blocks. The colour bombs clear the tiles of a set colour, the hourglass pauses time for ten seconds, and there are a handful of others (shuffle the tiles, zap a line, that sort of thing). They do work, but they take what challenge there is and give you a bundle of 'get out of jail' cards. 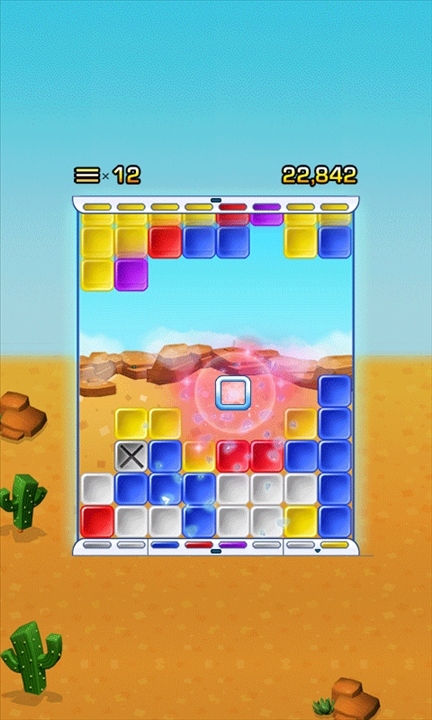 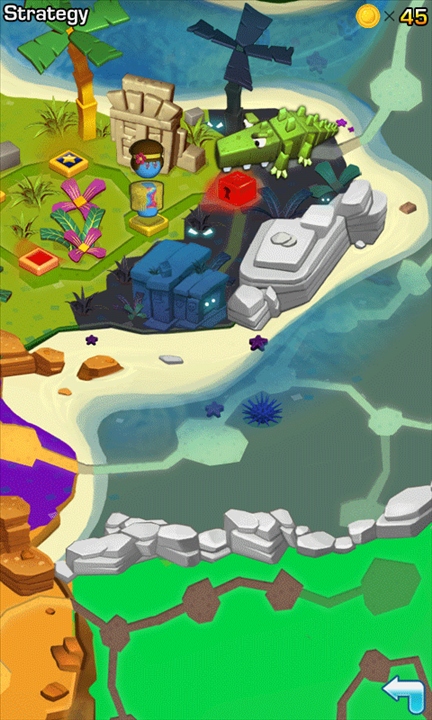 Here's the thing. Collapse is easy. Unless you deliberately play to lose, it's quite difficult to be caught in a situation where you have no moves. Yes, it may be that you don't get the best score, but you'll still score. And that means you'll progress through the adventure at a fair clip, you'll be eating up the puzzle levels, and suddenly - boom! You've finished the main levels, you've got the 200 gamer points without even trying, and you're left wondering if that was it.

Collapse is the fast food title of Xbox Live. You like the look of it, it's great while you're playing, but after a brief moment it's all over. And you're still looking for a gaming hit. There was the potential to have a title with longevity here, but that's been missed.

Still, 200 gamer points in the time it takes to cross the Atlantic with Continental Airlines can't be all bad.