Imagine if you could play Asteroids, but instead of a gun in a spaceship, you had to throw asteroids onto the playing field to break up the asteroids that were already there. That's (kind of) what you have to do in Orbital. What I am sure about is this, there's lots of neon, some great tactical choices to make, and this is one of the fastest arcade games you can play on Windows Phone. Is it worth the learning curve? Most definitely.

Let me point out two things. Orbital is not an easy game. The principle is simple - you throw your circle disc ammunition token (let's go with 'disc' for the rest of the review?), it bounces around the edges of the game area, and when it comes to rest, it will expand until one of the edges of the disc touches something (when it will stop). A number appears in the middle, most of the time this will be "3", and this represents how many times the disc needs hitting by another disc before it will disappear and you score one point. 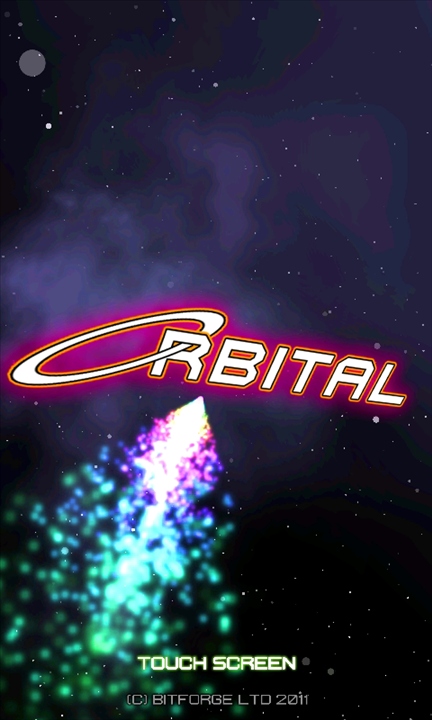 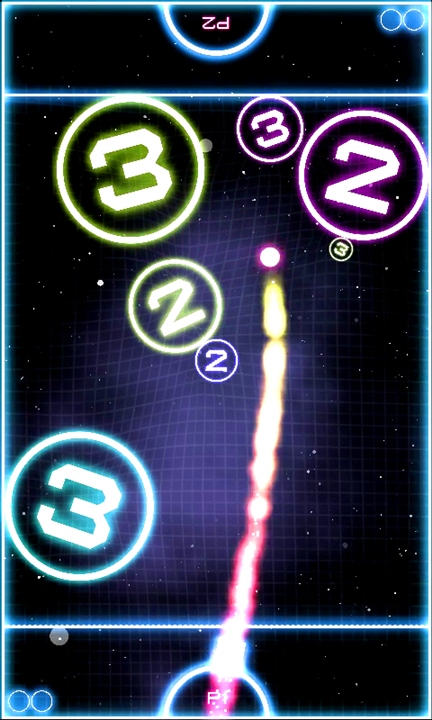 So you're throwing discs onto the screen, they have to hit existing discs a number of times, so you're constantly filling up the screen to try and remove items from the screen. Thankfully your discs will bounce off other discs, as well as the edges and top of the game grid, so you can manage multiple hits with one throw. Not only will this give you as much free space as possible, the score multiplier rewards you for multiple disc destructions on a single throw.

In all of this though, there is a danger. If a thrown disc comes back at you and crosses the "death line" at the bottom of the screen... well it's not called the death line for the good of your health. Bounce incorrectly off a disc that's close by, and it's an instant game over. One life, one score, don't get it wrong.

That's why I love this level of difficulty. It really is an area where you can make no mistakes, because when you do, you need to start again. The developers know that, and it's a quick turnaround from ending one game to starting another (although the free demo has a "would you like to buy" as an additional step, which seems a fair trade-off for a trial version).

Normally I scoff at a game which has "variant" game modes - not because it's the wrong thing to do, but mostly because they are such tiny tweaks and it's the same gameplay experience. Orbital does have game modes, and they are tiny tweaks, but they create a huge change in the way a game is played. 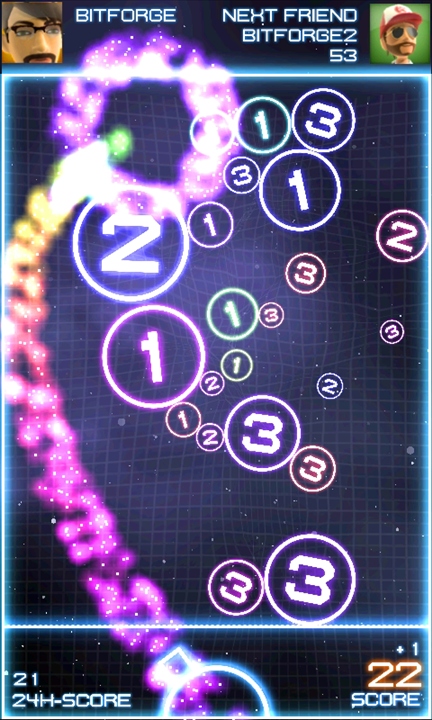 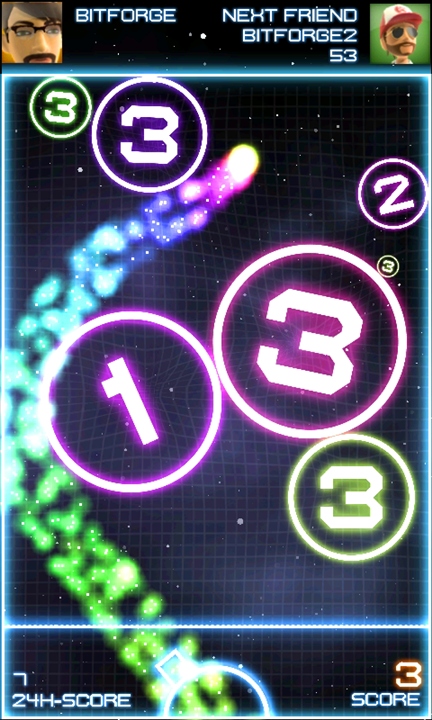 The 'pure' mode is as it should be. You throw your discs out of the spinning turret (so you have to guesstimate the angle of the throw), each disc needs three hits to remove, and away you go. 'Gravity' mode (which is proving to be my favourite) is exactly the same format, but now the bigger discs have an element of attraction on the discs that fly past them - stand by for some wicked physics-implied curve shots around the back.

Finally you have 'supernova', which allows you to decide which angle to fire a disc out (and provides a tracking laser sight so you can see where it's about to go), but adds two tweaks. The first is that a new disc will need five hits, not three, to be zapped, and when a disc is zapped, it will explode, causing a point of damage to nearby discs.

Can anyone say "chain reaction and mega-points" while not having a huge smile on their face?

Orbital is old school - there's no real difficulty curve as you progress through. It's more like a cliff face that you need to learn and understand. If you want to measure how well you are getting on, it's all down to how long you can survive and how high your score is. There's no "easy" toggle, you just have to get on with it.

On the flip side, it's really quick to play a single game, even with experience, and that makes it a wonderful little slice of mobile gaming. Thankfully in all this confusion there is a trial version (as there are for all the Xbox Live apps) and if you have any sort of gaming bone in your body you'll grab this.

Is it perfect? Not quite. It can be frustrating with the moving gun turret in the pure and gravity levels, making the game a bit more hit and miss than it should be, while I think that some psychology should have been applied to the scoring and perhaps multiplying everything by a hundred. It's far better, mentally, to score 100 points than 1.

But it gets pretty close to twitchy early 80's arcade action, and that's enough for me. I love it.