I'm not such a keen follower of games that 'Fusion: Genesis' is on my radar. Even though I've been playing though 'Fusion: Sentient' on Xbox Live for Windows Mobile, the fact that there is another title out there in the same universe with the same death dealing robots (sorry, the Sentients), which can be moved between 'Fusion: Genesis' on the Xbox and 'Fusion: Sentient' on Windows Phone has completely passed me by. What I do know, being a bit of a gamer, is that this isometric real time strategy game is right up my dark alien infested alley. 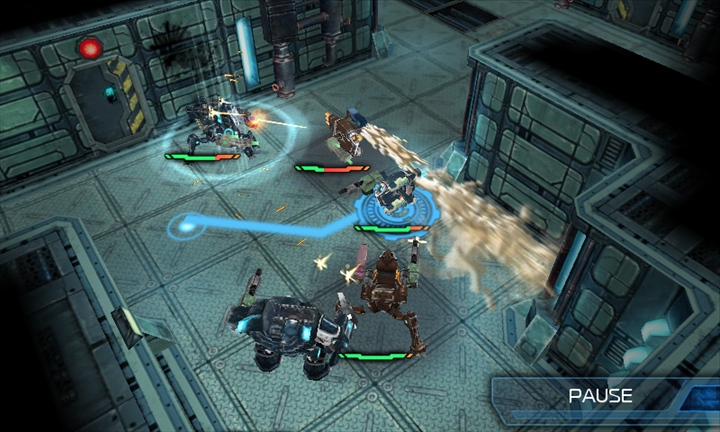 Let's put the stock science fiction story aside (rest assured, it does all build up to something that Michael Bay would film), what we have here is a classic tactical war game. It's level based, and at the end of each level your army of robots will have gained experience (making them stronger), pilfered weapons and technology (to make them more deadly), and you'll move on to the next part of the game (with an ever increasing challenge from the enemy). Move through the story, exploit the tactics learned on earlier levels, and do your duty to capture territory, enemy flags, and kill anything that moves that isn't yours.

I'm delighted to report that Fusion: Sentient has the balance of tactics, speed and UI just about right. 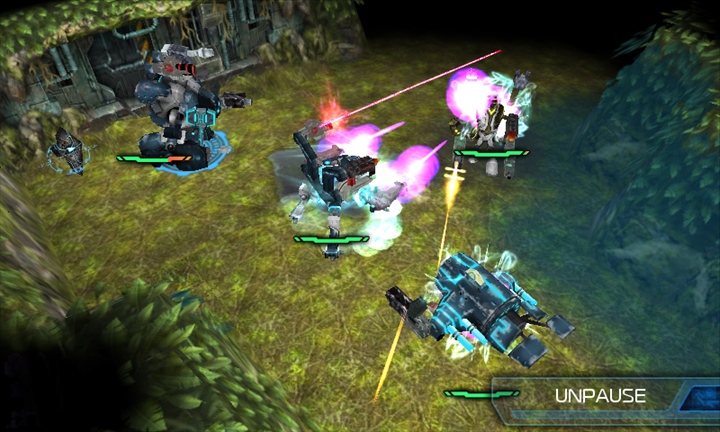 You have three basic styles of Sentient to fight with; the heavily armoured, slow, tank like sentient; the flighty fast moving one with long range attacks but very vulnerable to damage; and the mechanics with a rather weak gun which but are great are patching up the other Sentients.

You have a small squad of these when you start, just one of each, but as you play through, you can upgrade the ones you have, capture more, and build up to a nice little squad of Sentients - you can then choose the handful to send into combat at the start of each level, tailoring the group to what you need to achieve.

And it's members of this pool of Sentients that you can transfer to Fusion: Genesis on the Xbox 360, or transfer Sentients back from that console to your Windows Phone. It's almost like moving soldiers around two different theatres of war to make the best use of them. 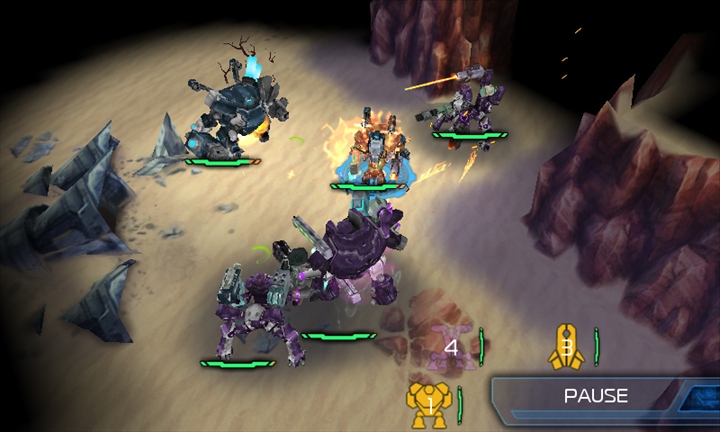 Directing your troops is well thought out and simple. They have a certain amount of autonomy, so they'll fire when enemies are in range and make best use of their weapons - what you need to do is set their orders (defend, be normal, be aggressive, follow another Sentient, etc.) and direct their movement where required. A long tap allows the order to change, while a short tap selects a unit and you can then tap where you want them to move to. Simple, fast, and with pinch to zoom enabled across the scrolling battlefield (it reaches over multiple screens), it's accurate as well.

The other issue here is Fog of War, and it works at two levels. The first is that if you've never been somewhere on a map, it is completely black, and you have no idea what is there. Which is fine, just gives you the time to do a bit of exploring. 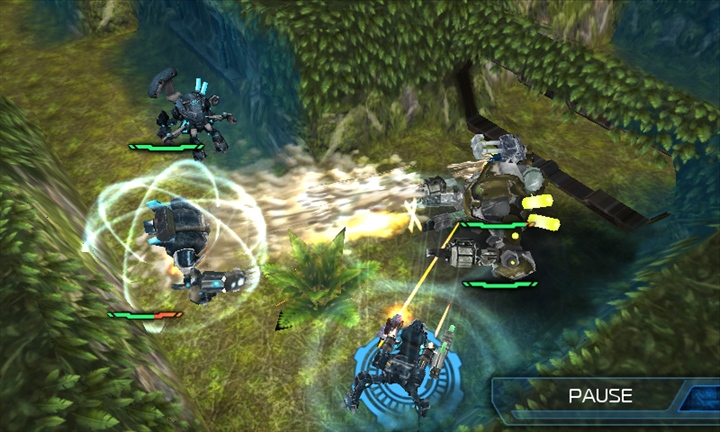 But once you've been somewhere, it stays "visible" on the screen. Which is fine, but you only see any enemy Sentients when they come into view. There are times, in a long corridor, when an enemy appears just four squares in front of you. I would have liked a way to see what has been explored, but is currently out of sight - maybe a darker tone, or a washed out/monochrome representation of the space. To have one unit suddenly blossom into seven when you think you can see for squares and squares feels wrong.

The enemy AI is a bit stupid in early levels but, once you get out of training, the difficulty curve starts to arch up nicely, mixing in better tactics and a lot more enemies to fight (with strength in numbers, not sensibilities). While you have the requisite achievements for 200 gamer points on offer here, they don't drive the game forward in the way that Minesweeper forces you to do certain things to get them - they are earned naturally as you progress. Think of them more like campaign medals than ones for specific moments of valour and you can see how I regard the achivements in this Xbox Live title.

Fusion: Sentient is not a quick game. As you progress, the later levels will require a fair bit of time to play, and to get to those levels you'll need to have played through those that precede it. There's a huge amount of value in the £2.29/$2.99 priced game here, and, while you have to be someone who enjoys tactical style games, there are an awful lot of you out there that probably fit this description.

Fusion: Sentient is a winner.