If you're looking for accuracy, realistic car physics, and a relationship between the driver, car, and road... you won't find it in the Need for Speed series of games. You will find lots of arcade action, glorious graphics, and a cinematical flair in the presentation of this arcade franchise. That heady mix has driven Need for Speed to success over multiple gaming platforms. And now Xbox Live brings the Cops 'n' Robbers styled Need for Speed: Hot Pursuit. 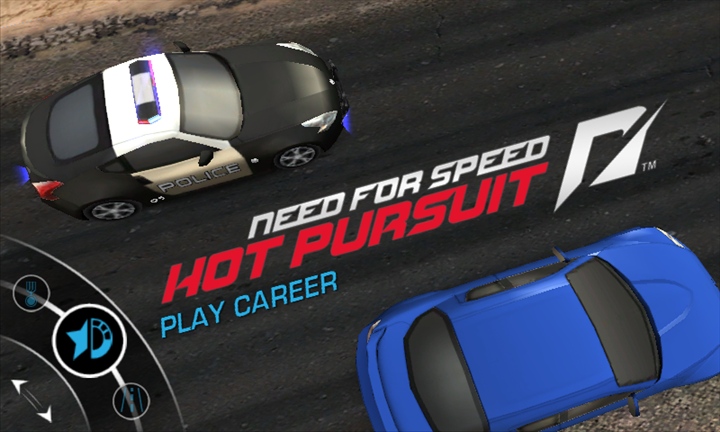 Most of the Need for Speed (NFS) games have two elements: a basic driving engine, and a tag line that would work well on the case of a Straight-to-DVD action film. In the case of Hot Pursuit, the twist is that you get to play either the chiseled jawed anti-hero running from the law in the high-powered sports car, or the wizened, long in the tooth time-served traffic cop that's been handed as fast a patrol vehicle as the budget can manage.

And that's it really. You either drive to escape the good guys, or run the bad guys off the road. 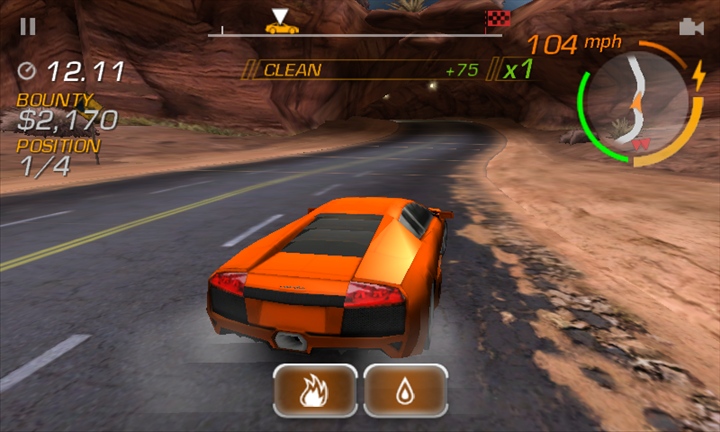 Those of you with previous experience of the NFS series will know that you race in various stages or missions, and success in these will see you rewarded, In Hot Pursuit this comes down to a mix of cash and stars. The cash is earned by completing the level task, while stars are awarded per level if you perform over and above the call of duty, such as finishing the level with lots of time to spare. More stars mean more bonus money earned per level, and those extra bundles of dollars will come in very useful.

Money does make the world go round. You'll open up new levels as you earn more money, and as these levels open up you'll also get the chance to drive better cars, which have more acceleration, a higher top speed, and better handling. Of course, later levels will have more advanced cars for your opponents as well, leaving you little choice but to go for the flashier cars too. And, in the NFS tradition, the choice of paint scheme is up to you. 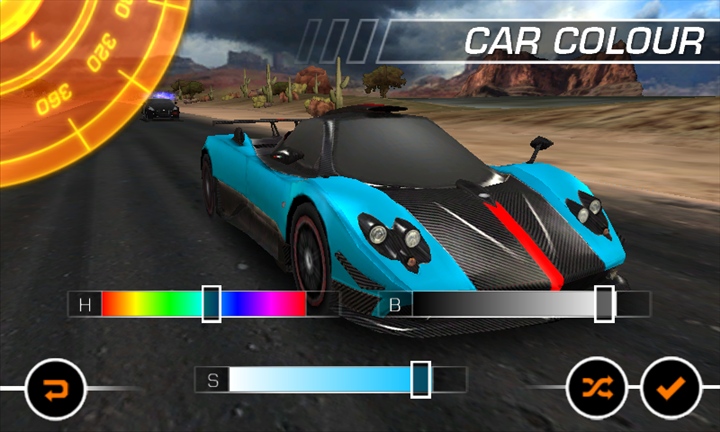 You also progress through these levels (as Cop or Racer) independently of each other, so you're actually buying two games for the price of one here. Yes, they are broadly similar to each other, but success in one does not mean you get all the cookies in the other. You'll be working at both games as quickly as you can to get your gamer points and achievements.

Hot Pursuit is also a thoroughly modern mobile game - steering is done though the accelerometer and turning the phone as if it was the wheel, with other controls (such as deploying oil slicks or spikes to harass the chasing cars) on the touch screen. It's also nice to see that the Mango fast-app switching is present here, which is handy because the 'change camera view' on-screen icon is right next to the Bing search icon on (for example) the Lumia 800 fascia, and my finger did slip a few times. No worries, I just tapped back and was returned straight to the action.

In terms of gameplay, there's no doubt that Hot Pursuit is stylish and it certainly looks the part of a modern 3D racing game on the screen. You've got your three camera viewpoints while driving (high and to the back, on the bonnet, and on the bumper) but you'll also be taken out of the car when something spectacular happens - such as when a speeding racer appears for the first time, or you ram a police car and it does a pretty barrel roll across the road.

Ever watched "The Fast and the Furious" film series? It's like that, but in your hand. 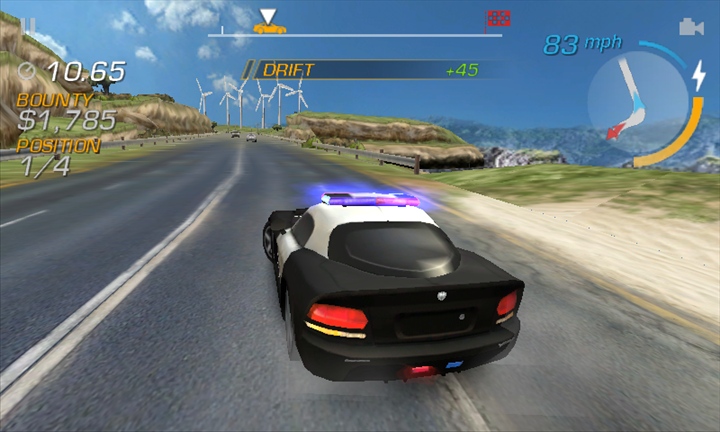 The speed of the graphics is probably the most comforting thing. EA (who are behind the NFS series) have had some dodgy versions of this series on mobile platforms, but I'm happy to report that Hot Pursuit is very much in line with the quality you would expect from a home console. This looks like you would expect a modern driving game to look.

It is clearly an arcade game though. Take the "nitro" boost that you have. If you're a racer, behind a cop car, and hit the boost, you get thrown up the road and reach the end of the course in a quicker time - but for some reason the car you are tailing will not leap any closer towards you.

Neither will a head on collision with other traffic on the road stop your driving. You'll just push that truck along in front of you and drive a little bit slower. At some point the NFS series will work out how to handle the momentum when you hit something else - but until then it will remain a bouncy, fun, knockabout arcade game. 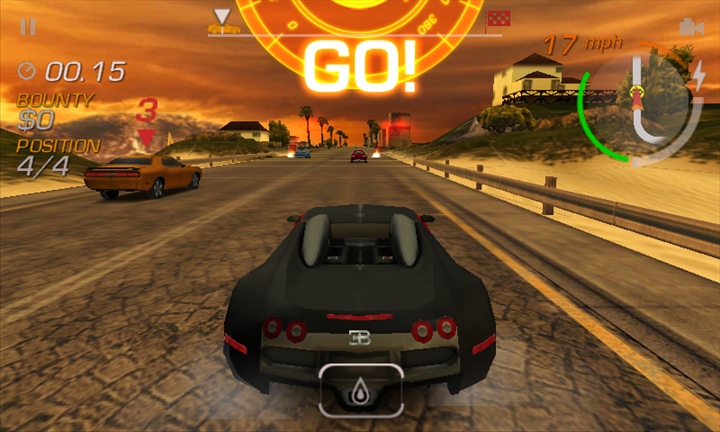 And can I just say that there is nothing wrong with that. NFS fans know what to expect, and after a bit of a misfire with NFS Undercover last year, Xbox Live fans can rest easy. This is an NFS game on mobile that actually feels like an NFS game.

For the die hard gamers, that will be enough for you to make your purchase decision. For everyone else, I think the trial is vital on this one to see how well you get on with the play mechanics.