While it's nice to have a name that can fully describe a game, I think there's one bit missing from this title. More apt would be "Chickens can't fly - but they can fall with a huge amount of style." Developers Amused Sloth have a strong fanbase following the first title in this series, the independently released Chickens Can Dream. Now the sequel is an Xbox Live title, I think I'm about to upset a lot of people with our latest AAWP review.

Rather than an up-the-screen shooter or racing game, Chickens Can't Fly will see your poultry thrown into an insanely long tube. At the very bottom of the tube is a bed of blankets and comfy pillows. All you have to do is get your chicken to the bottom of the tube safely. 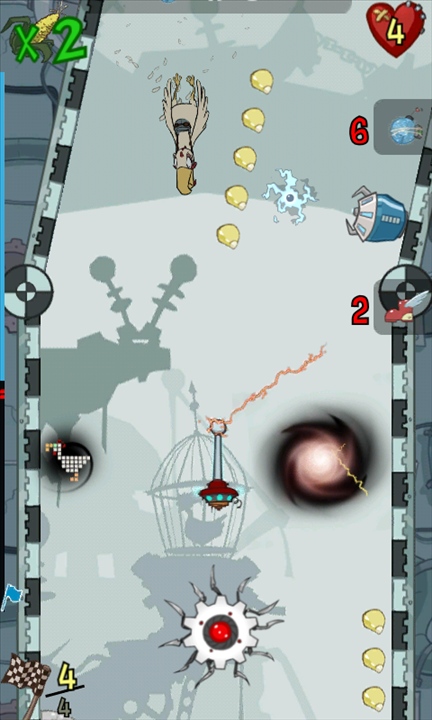 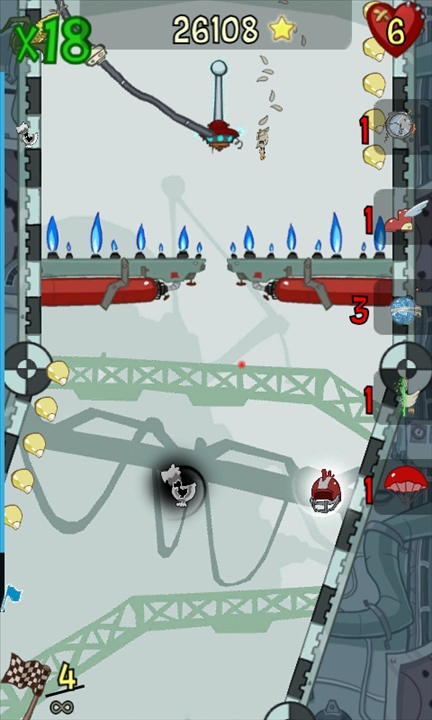 In the time honoured tradition of arcade games, your path is blocked by the most stupid additions to a tunnel... in the world (and yes, you can type with a Jeremey Clarkson accent). There are knives pointing up to gut you, there are spinning fans which will chop you into a McNugget (but also slow down your descent down the tube thanks to the updraft) and lots more surprises that really shouldn't be there.

Of such traditions great games can be born. I say can be born because Chickens Can't Fly hasn't quite got it right for me. There are a few niggles that dull the potential, but I'm glad to say these aren't in the control system. You have two basic moves - the first is tilting the phone from side to side to have the chicken guide itself to one side of the tube or the other. The other control is when you tap and hold on the screen - the little chicken wings will flap, and while you will never climb back up the screen (remember, chickens can't fly) you will seriously slow your descent down. 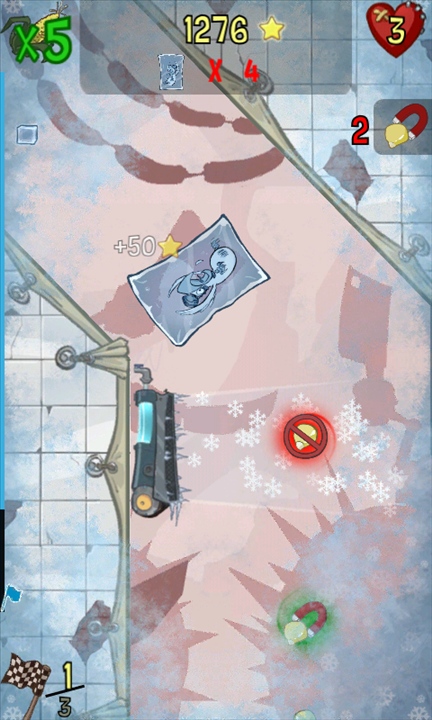 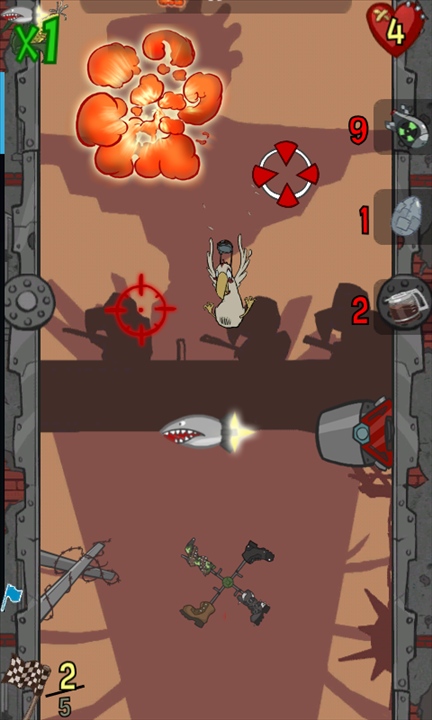 That's important because it can give you time to traverse the screen, to stop and think about where to go next, or to wait as a moving platform of cacti gets out the way so you can carry on falling.

Congratulations to the developers for having a "sensitivity" slider - that was something I went looking for quite quickly, and it was nice to find it. I also appreciated the red dot on the screen that gave a graphical representation of where I was tilting the phone - perhaps this was legacy code from testing, but it's in the release version, and it's a nice touch.

As you fall, there are various corn chips dotted around the level, and these are your secondary goal - the more of these you can collect, the better your score and reward at the end of the level. Fall through and pick up enough of them and you can get a bronze, silver or gold trophy for your collection.

You have power-ups as well, with green representing good ones (such as temporary invulnerability) and red bad ones (such as the silly sausage that affects your controls). Some power-ups are acted on instantly, while others (like the corn magnet, to pull the chips towards you automatically) are called delayed power-ups, and once you capture them you can use these at any point with a tap on their icons on the sidebar. 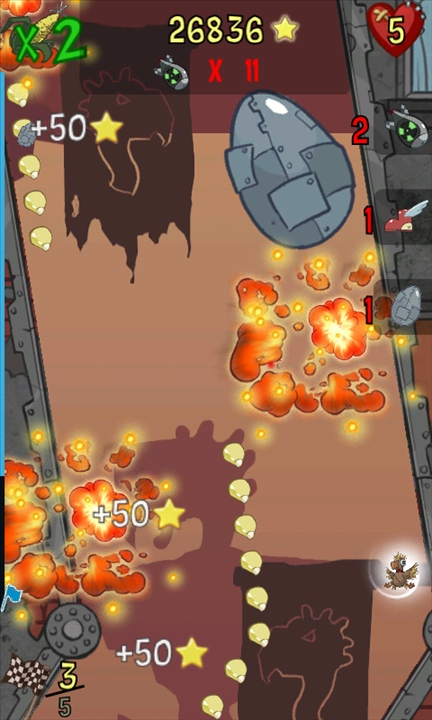 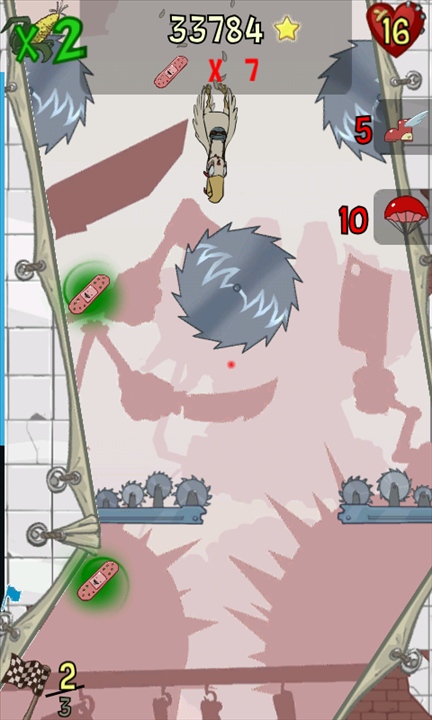 All the elements are here for a good game, and many people love the humour on show here, but for me it doesn't hold together to make for an exciting and fun challenge. For example, here's something I spotted the second time while playing the game. You have more than one life in the game, and when you die, you are taken back to the top of the tube to fall once again from the top. But all the corn that you collected on the way down the first time? Well they're back in the level for you to collect once more and they still feature in your score. So that gold trophy for collecting all the corn on a level? Easy, just die as you reach then end, do it all again, and it's a walk in the park. Sneaky, underhand, but hey, the game is keeping score and people play to win, not to follow the spirit of the rules.

I'm also not that sure about the colour palette used. It's very drab, like various shades of yellow emulsion spilled over your screen. It might be the right subset of something arty, but it doesn't make the game look in any way exciting or attractive. With so many games and applications to choose from both in the Marketplace and on my device, anything that makes me think "err, I'd rather not" is going to seriously impact on how much I'm going to play a game.

As I've gone to open Chickens Can't Fly this week, I've found myself approaching it with growing trepidation, asking myself if I really want to play it. Given I'm a reviewer, the answer has to be yes, but I know that once this article is posted, I'm not going back to it. Unlike, say, Orbital, which I'm still enjoying. Does this tally up with the reviews I can see online? Nope, but that's never stopped me doing a review before.

There is a trial version available so you can make the call yourself and tell me how wrong I am in the comments, but for me Chicken's Can't Fly is a miss.