The phone case is an oft-overlooked item these days. There was a time when having a phone in a leather case clipped to one's belt was the norm, not so much these days as thin touch slabs tend to casually slip into our pockets or bags. That hasn't deterred manufacturers like Noreve who claim to make 'haute couture' for mobile phones. We give its cases for the Lumia 800 and 900 the catwalk treatment. 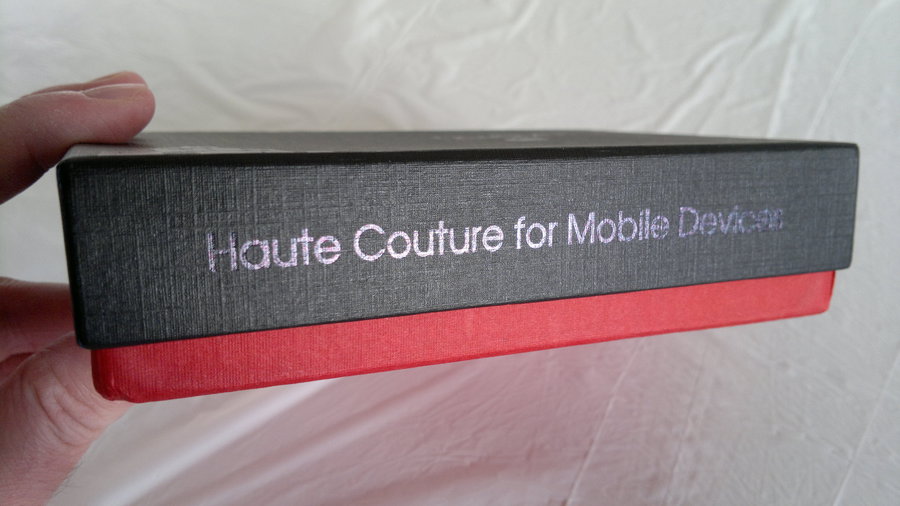 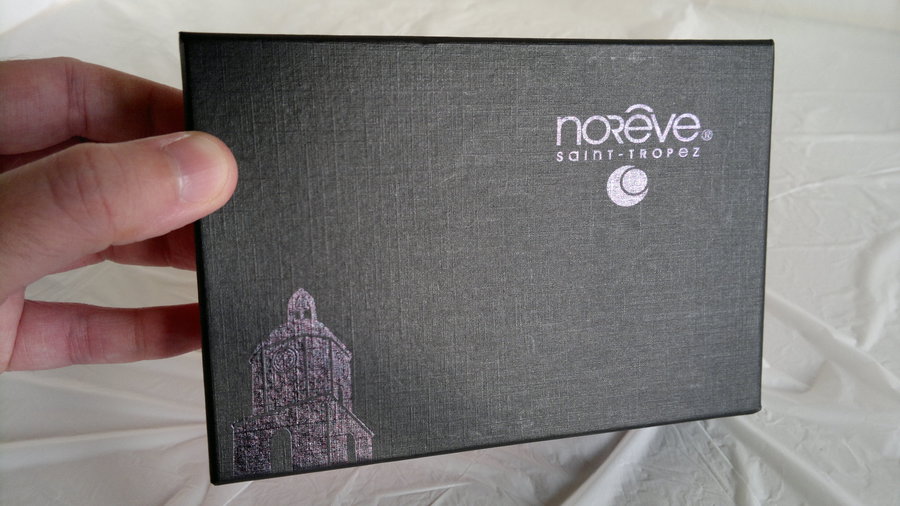 The Noreve cases for the Lumia 800 and 900 share a very similar design, and both sell for the same price, hence this review covers both, but photos will be clearly labelled... 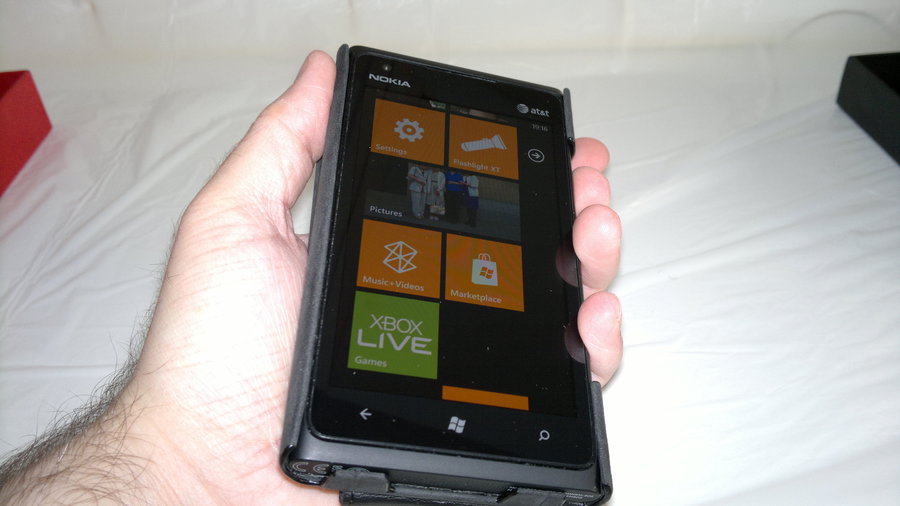 Lumia 900 in the opened case 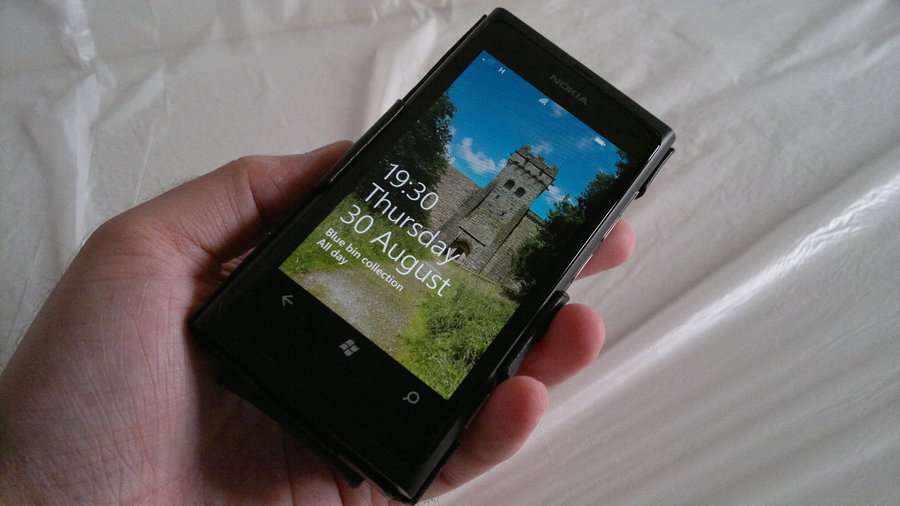 Lumia 800 in the opened case 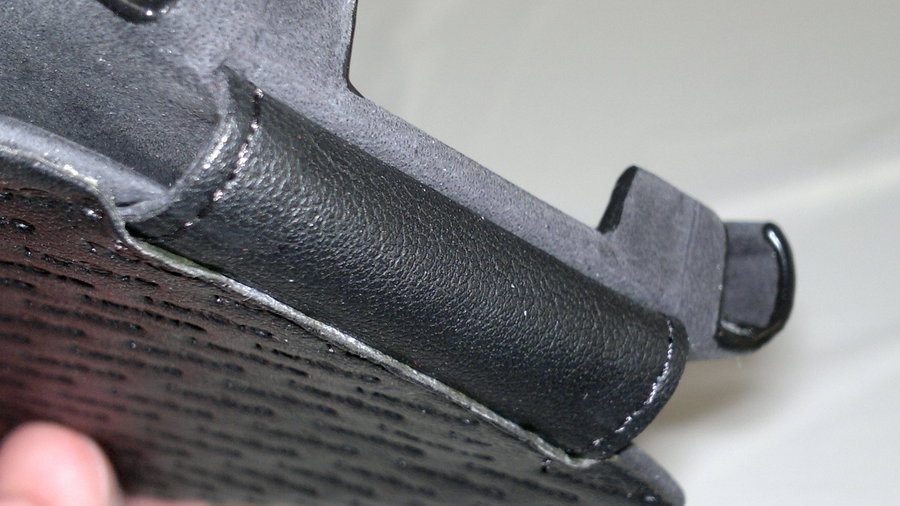 The leather hinge as found on the Lumia 900 case

Noreve's Lumia cases follow a flip design, where the phone is held in the case, with a front cover that opens by swinging down on a leather flap. This means that when you're using the phone in the case, the front cover will be dangling beneath, rather than being slung over the back of your hand as with 'flip up' design cases. 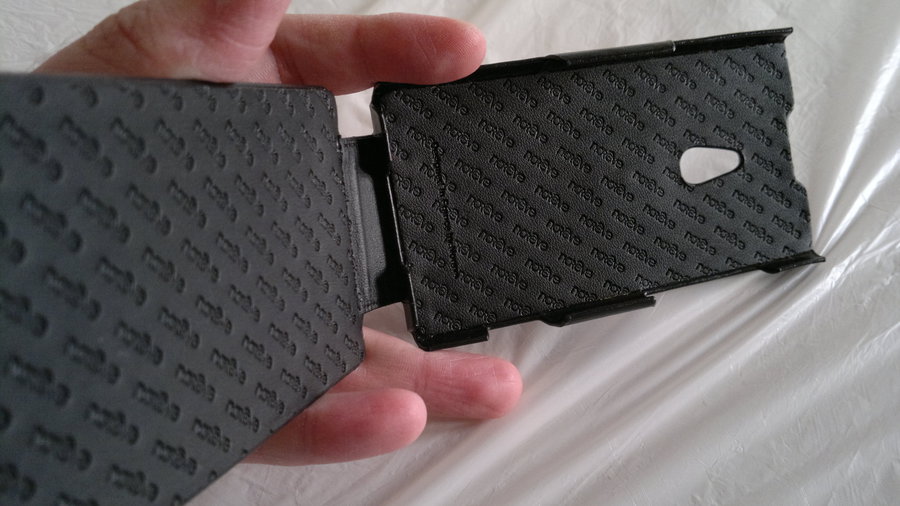 Internal detail on the Lumia 800 case 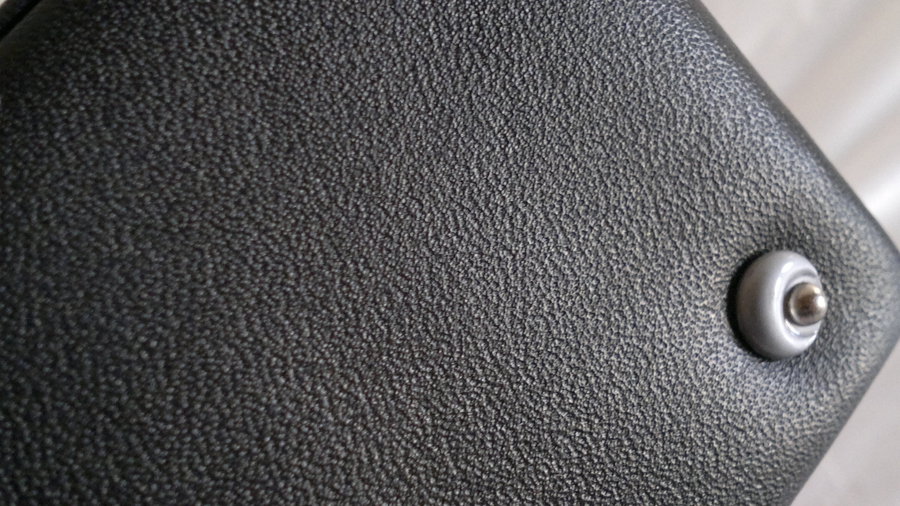 External detail on the Lumia 800 case 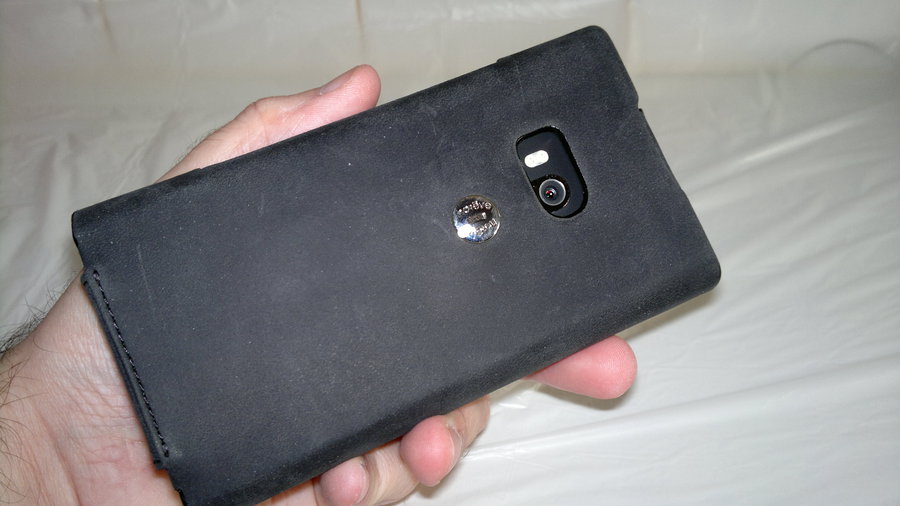 The external-rear of the Lumia 900 case - note the difference in leather types.

The cases are made from a rigid material which ensures that your phone is tightly gripped in the main body of the case. The outside is a high quality leather, with a softer (unidentified) material covering the inside. The Lumia 900 case appeared to be covered in a softer 'kid' leather which really shows scuffs. This is in stark contrast to the Lumia 800 case, see the close up photos of each. There are, of course, holes in the back to all use of the camera and LED flash, and large side gaps for accessing hardware keys. 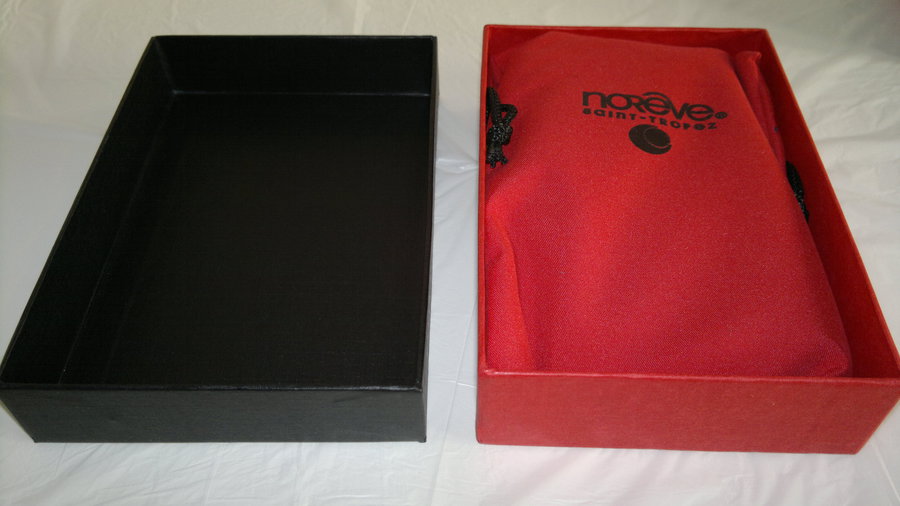 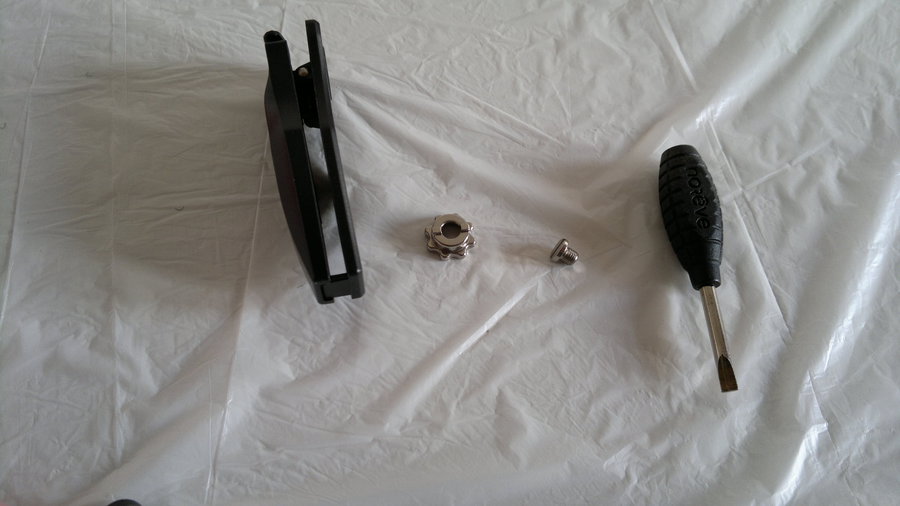 As you unbox the case, you'll find it's supplied in a nice drawstring bag, which will be useful for carrying cables and such with you. You'll also find a screwdriver, rivet, and belt clip. 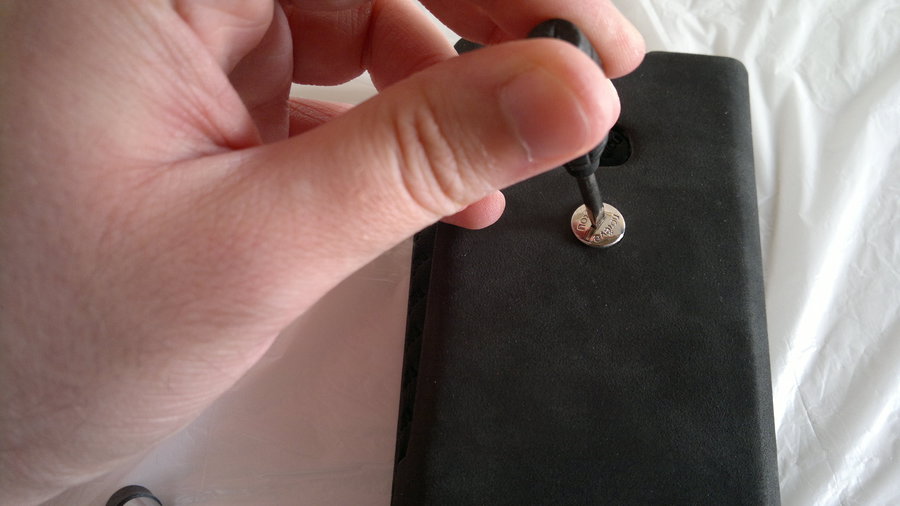 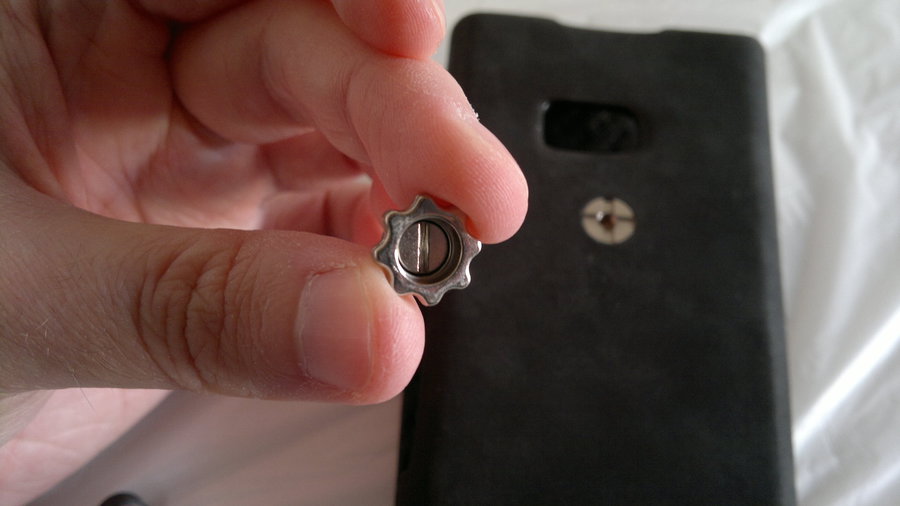 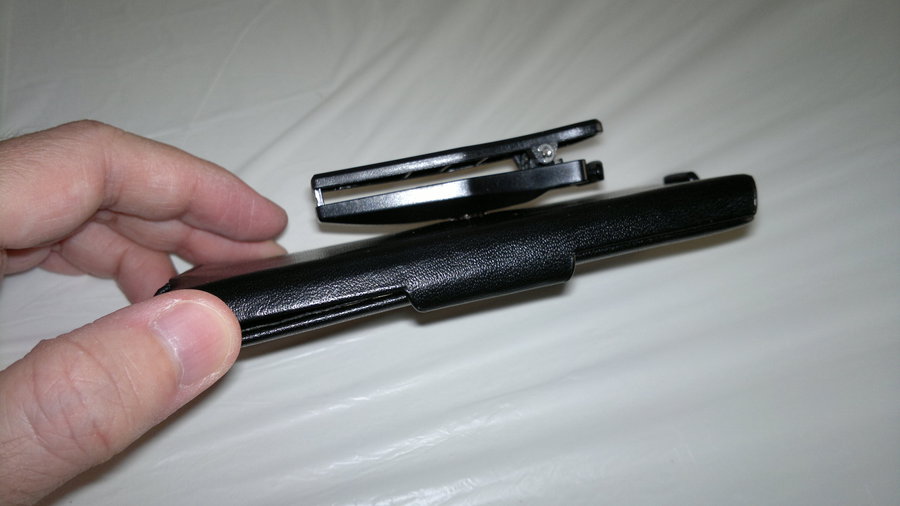 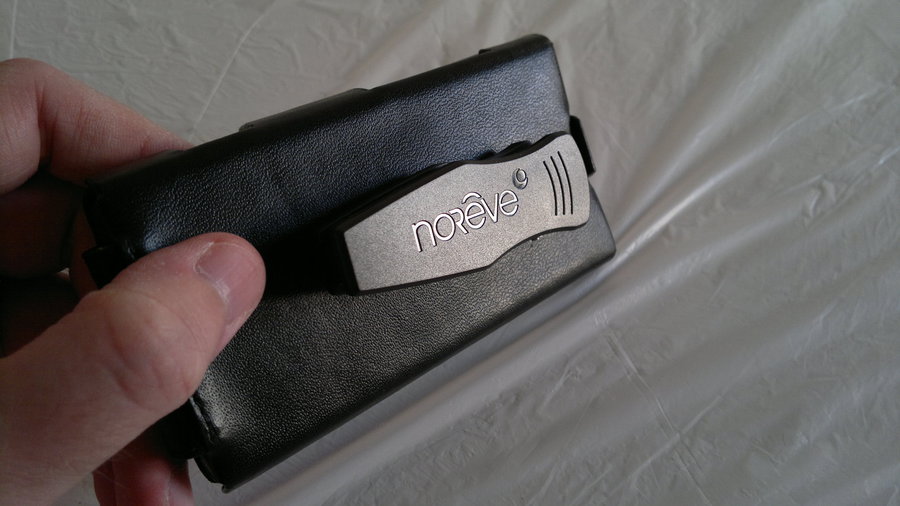 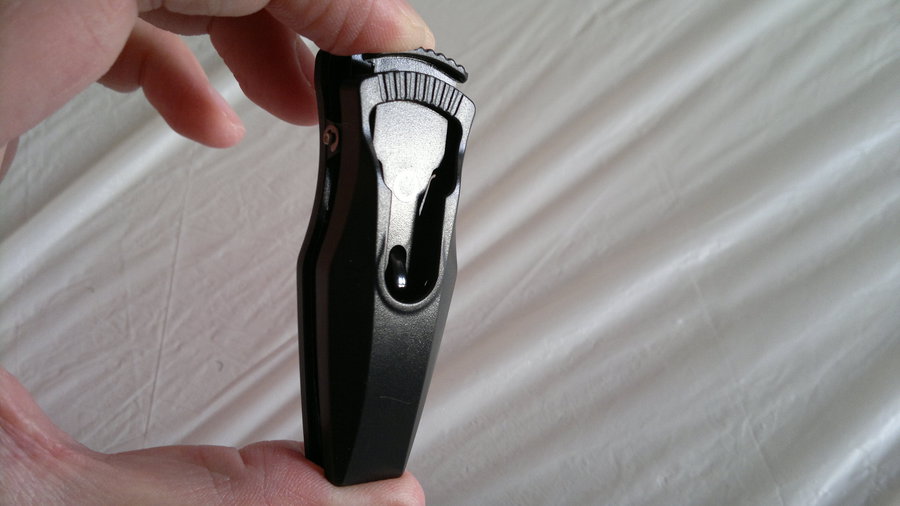 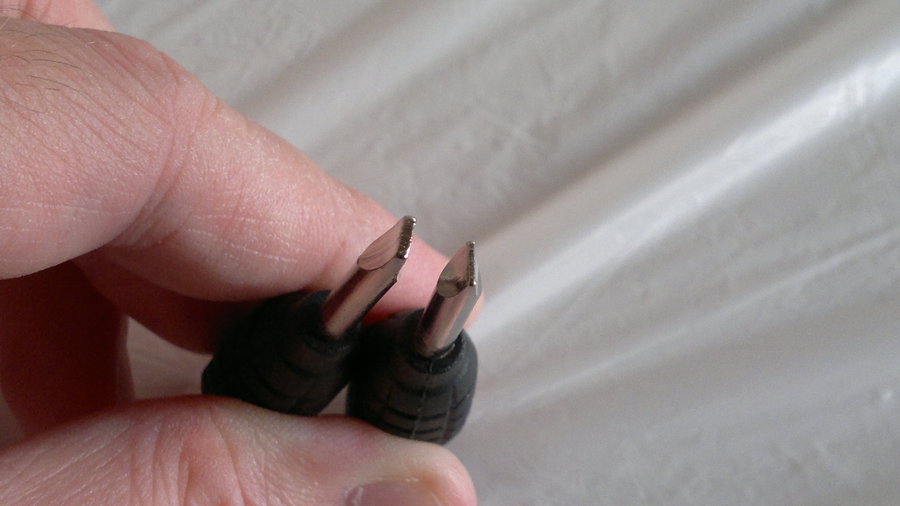 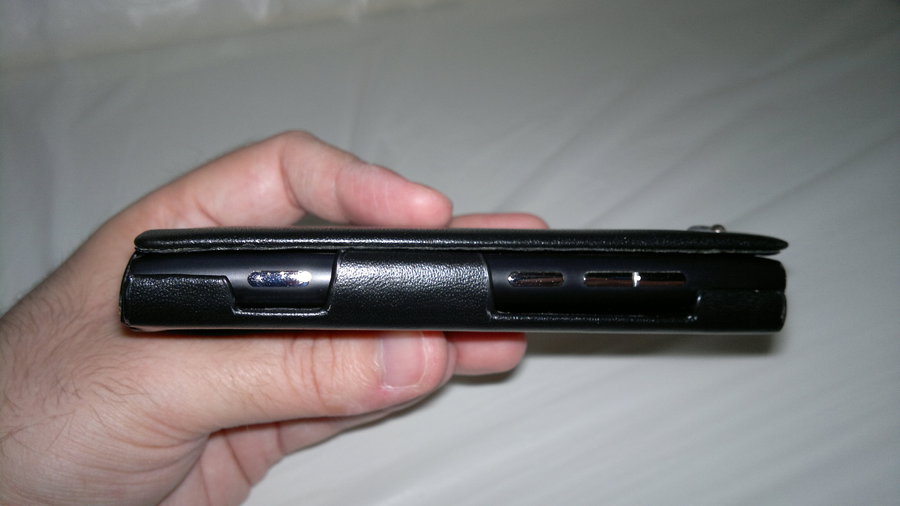 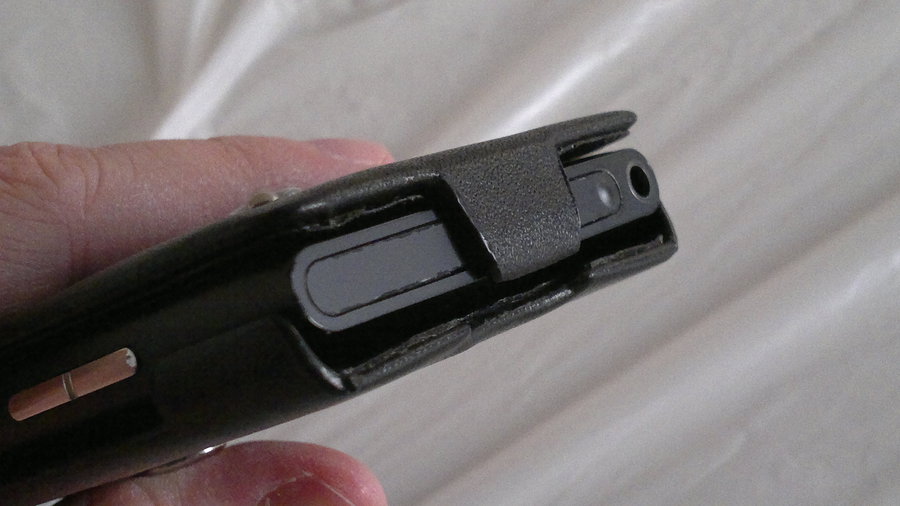 Lumia 800 case from the top - failing to close squarely. 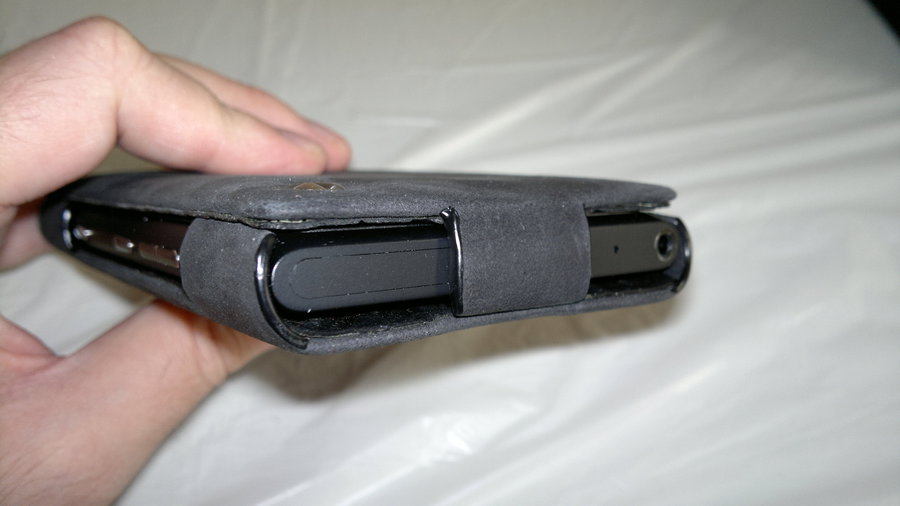 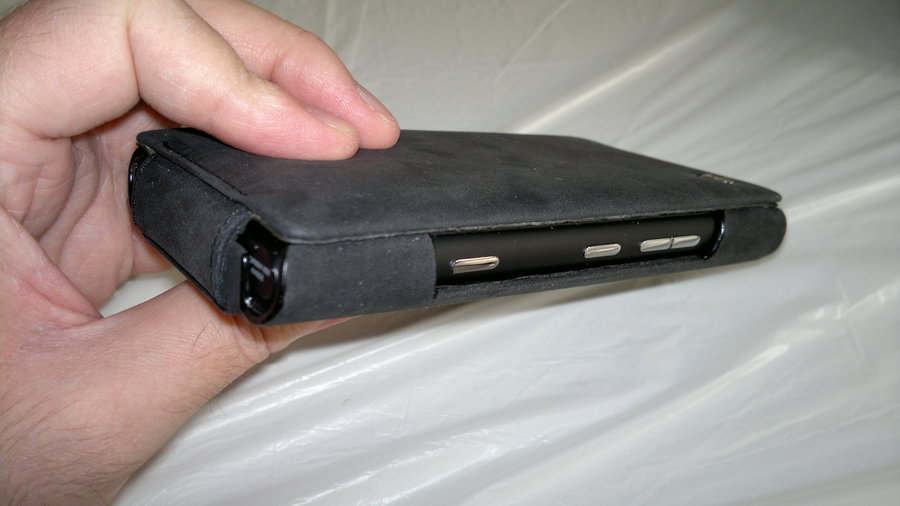 Lumia 900 case - fairly open on the side with hardware keys 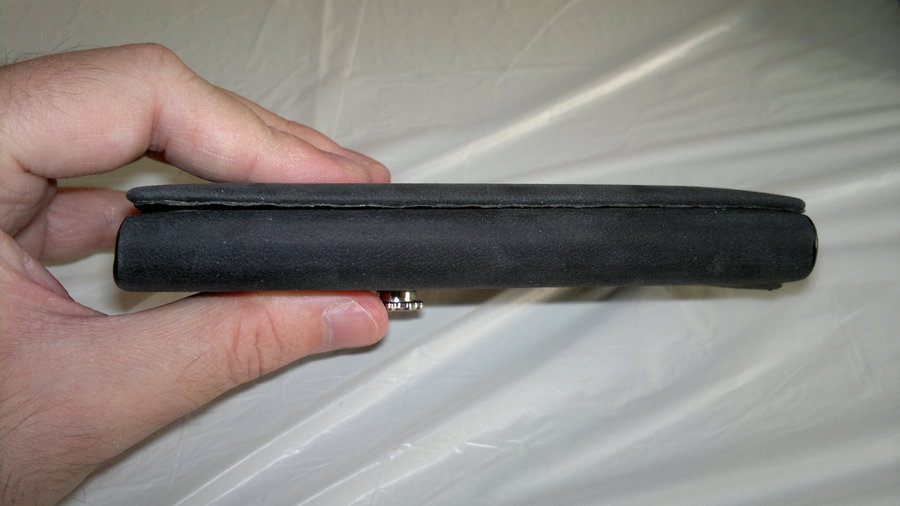 Lumia 900 - opposite site is much better protected

I have no doubt that these cases will protect Lumia phones against drops and knocks. However, as is the nature with such cases, the side of the phone is exposed quite a lot, nor do the cases really shut flush to the body of the case. Therefore, a significant amount of bulk is added but there is little protection against rain, dust or sand.

If you want a stylish looking leather case, the Noreve cases are definitely worth a look – especially if you're only worried about dropping and scratching your Lumia. However, at £39.95 (for either model) I feel that they are more fashion case than utilitarian case.

You can order both cases directly from Noreve: