From part of the design team that brought you Panzer Dragoon on the Sega Saturn comes a little Xbox Live title with heavy echoes of the 1995 classic. Crimson Dragon: Side Story is a shoot-em-up, viewed from the side, that tells the story of the Crimson Scale disease on the planet Draco. B-movie plot aside, this is a damn fine little arcade number, and potentially one of the best action games on Xbox Live.

What we have here is a 'rails' shooter, where the player is given a little bit of room to manoeuvre (typically about a screen's worth) while the game takes you through a graphically rich landscape on automatic pilot. To be fair you can ignore all the background stuff and concentrate on taking out the enemies and dodging the incoming fire, but it's a nice touch to see where you are flying whizz past you, and it gives a little sense of wonder as you fly on the back of your dragon. 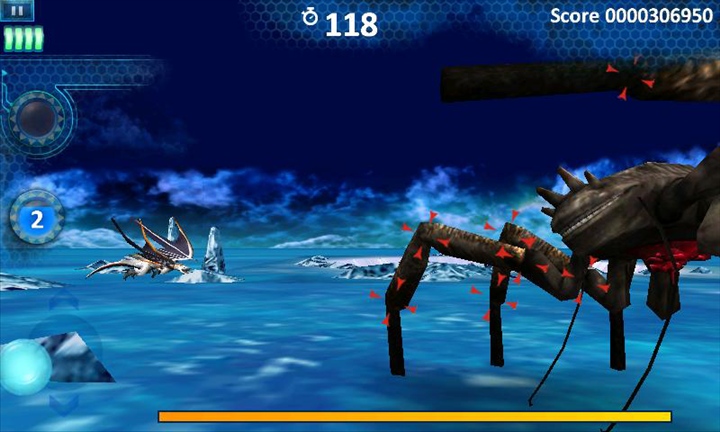 One of the keys to the success of Crimson Dragon in my mind is the limited control system. Rather than have a dual stick control system to control movement and firing, Crimson Dragon has just three controls that fit in with the nature of your character because you're not the dragon, you're (ahem) riding the dragon.

First up, in terms of movement, you can only move up or down, Thanks to the dragon being just ahead of the left hand edge, you can happily pop your thumb behind the dragon and not obscure anything important in the game-play while you slide it up and down to steer the dragon through the oncoming enemies.

One quick note, the screen will auto-rotate so you can play in either  of the landscape orientations, but I would make sure you put the soft keys of Search, Windows, and Back, to the opposite side of the screen to the dragon so you don't hit them accidentally. 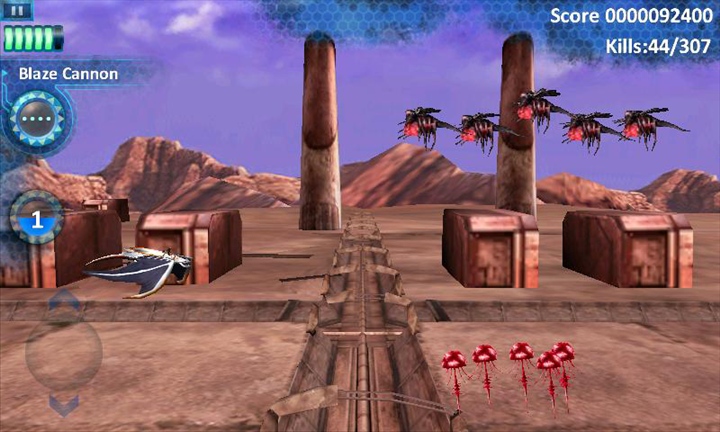 On the offense side of things you tap on an enemy to have your dragon target them, who will then fire at them when you take your finger off the screen. This means you can target just one enemy, sweep your finger and take out five or six of the baddies in one breath of fire, or concentrate your fire on certain body parts when you come across the great big end of level monsters to take them out.

As I said, it fits in with the idea that you are balanced on the dragon's neck, like a tribute to 'The Never-Ending Story'. But it also ensures that Crimson Dragon is a side scrolling shooter that actually works well on a small touchscreen device. It's an easy control system to understand and use in the middle of combat, and adding in the options to change the type of fire your dragon breathes in later levels doesn't get in the way.

But Crimson Dragon is more than a nifty R-Type, there's a lot of detail underneath the side scrolling action. 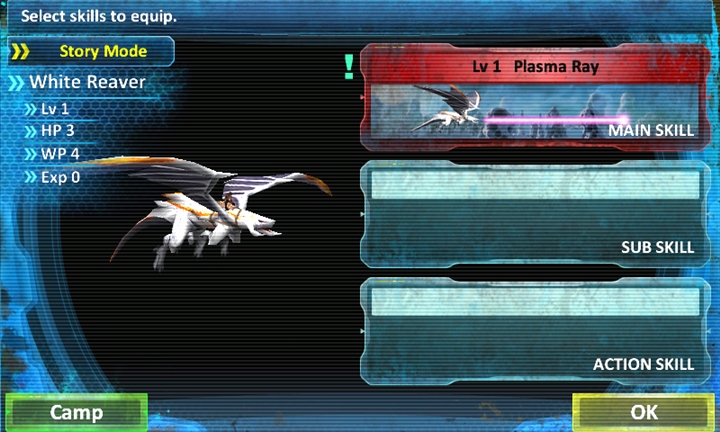 First up are the RPG style improvements you can make to your dragon. As you play though the levels, you'll gain experience as you fight, which will level up your dragon and give you greater firepower for the next level. You'll also gain more skills as you progress through the levels, with skills unlocking after passing certain levels using certain weapons. That does mean there is a certain amount of 'grinding' as you pass through each level multiple times with a different weapon.

This does extend the length of time needed to complete the game, at the risk of annoying the player. Thankfully the variable choices of weapons does give each level a decent, if not fantastic, amount of game-play, and if I'm being honest it's far better to grind out a shoot-em-up level than it is an elvish quest for gold.

But there's one area that dulls the shine from Crimson Dragon, and that's the jewel mechanism. Jewels are the currency of the game, and you use them to 'awaken' (i.e. activate) the skills you have earned while grinding. There's not a huge amount of jewels out there, you get five when you complete a level for the first time, and these will be used up rather quickly to awaken skills, spent as 'continue game' tokens at the end of level baddie, and so on.

You can earn some more jewels by using the GPS functionality to travel a long distance in the real world, which is one of the strangest geo-location additions I've ever seen, or you could spend money in the Xbox Live store to buy the jewels. I guess with the app itself a 99 cent/79p purchase that makes this a paidium game, as opposed to a freemium?

It's actually pretty well balanced - Crimson Dragon does feel like a game you can beat without paying for extra jewels, unlike some Freemium Xbox Live games for Windows Phone, so I'm going to give the developers a pass on that one. There's also an interesting glitch that gives you a shortcut to collecting jewels, but I'll leave you to find that one out yourself. 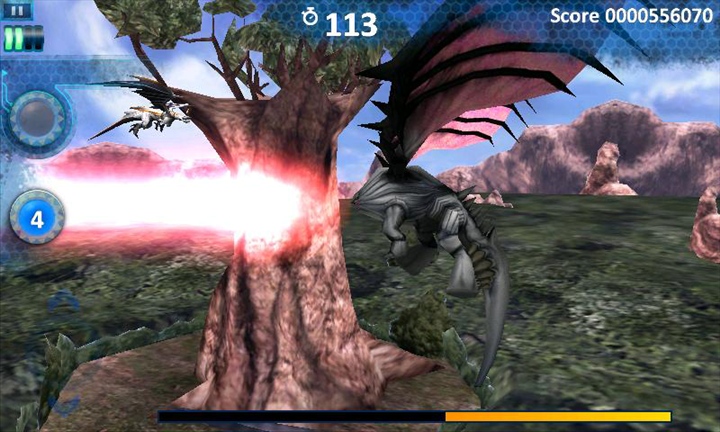 I'm not so sure about the length of the game. Five levels (sorry, worlds) is a pretty low count by any standard, even with the options to play through each level with different weapon and skill combinations giving more than 170 different challenges. Nope, that's one of the few areas where Crimson Dragon lets the side down.

It's still a pretty high score (89) but it does lose marks for the awkward jewel system and the grinding element over the same levels - but don't let them stop you downloading this fantastic little game. We need more like this on Windows Phone and I hope to see more from the development team behind Crimson Dragon.

And now, it's time to get back in the saddle and take to the sky.