Maybe I'm destined to always be something of an edge case in the smartphone world - but it's hard to see how I'm so unusual here. I want to listen to podcasts and music on my Windows Phone and I want a wired headset rather than Bluetooth - I want the 'perfect' audio quality and I don't want to have to keep remembering to charge up yet another accessory. What about the headset that comes in each device box, I hear you cry? Ah, but I also want something that I've loved from Symbian devices - control of playback volume. Whether it's a quiet track and I'm now jogging along a noisy road or vice versa, I need to have volume control without having to stop and take my phone out of its case/pocket.

At which point I started looking elsewhere, for headsets which had more than just a single button. In fact, I looked across at the world of Android and iPhone, since a number of fancy wired headsets have appeared for these platforms. It transpires that although the AHJ headphone standard applies, in theory, to iOS, Android and Windows Phone, in practice there's a compatibility split between iPhone and the rest of the world. Core playback stop/start and call pickup work fine, but additional refinements like prev/next (or volume control) require you to have the 'right' headset for your particular platform.

Which brings me to the Swedish-made NOCS NS-200 Aluminium Android, around £40 or so on the likes of Amazon. The NS-200 was originally made for the iPhone so, again, you have to explicitly seek out the Android/'HTC' variant, whose extra buttons work with Windows Phone handsets (for volume control).

As the name suggests, there's aluminium here, but only for the earpiece housings, since the control pod is plastic. It's built well though, and the wires are 'Kevlar-reinforced', which sounds good though I wasnt prepared to subject my personal accessory to the scissors or door jam test! The in-ear seals worked quite well, with a selection of various sizes included in the box and they're easy to pop off and on again. 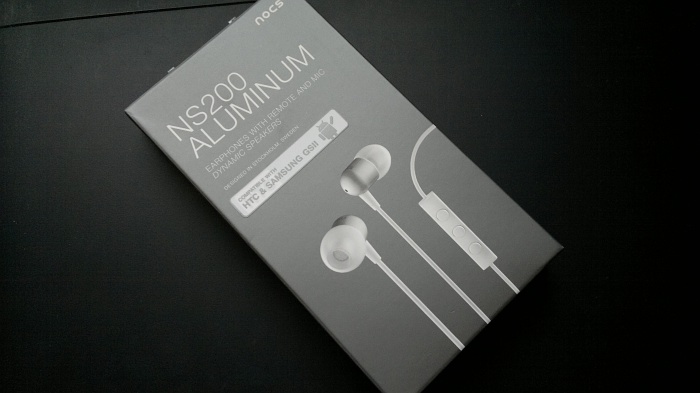 In use, the top-most and bottom-most buttons work fine for increasing and decreasing the volume of music, podcasts or indeed any playing media, one step at a time (out of Windows Phone's usual '30'). 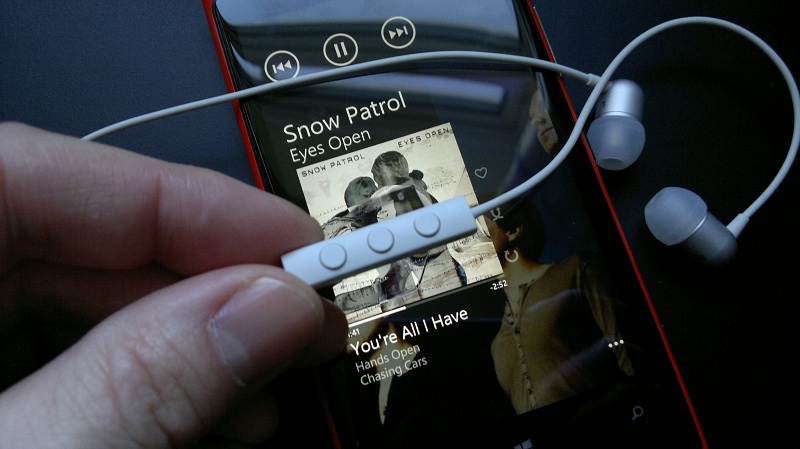 So far so good, but my main problem with the NOCS NS-200 was the audio quality. The specifications quote 106dB SPL at 1kHz and a range of 20Hz to 20kHz, but I have to wonder what the NOCS boys have been testing these on, since in practice I found them very lacking in any kind of bass and warmth. I tried four different handsets (Windows Phone and Android) and I tried dozens of music tracks and was left with the same lack of bass on all.

NOCS is a good name in audio, so I'm sure these work fine under the manufacturer's test set-up, but I'd caution that they may disappoint for music use on real world phones.

I loved the three button pod though, getting some way towards the all-singing, all-dancing control I have on Symbian handsets. In fact, it got me wondering whether there were other three button wired solutions available for Windows Phone.

Of course there are, I remembered that I still had the Monster WH-920 in-ear set (shown boxed below) that was launched just over a year ago and which I reviewed at the time. These also had physical volume controls built into the inline pod, so I broke these out and tried them again with the Nokia Lumia 920 - and the audio quality was night and day compared to the NOCS NS-200, the Monsters had plenty of bass and sounded fantastic with this latest Nokia hardware.

It's true that the Monster WH-920 headset is slightly more (I found them for £57 on Amazon) than the NS-200, plus physical build quality isn't as high (no metal, for a start), but I'd take the vastly better music reproduction quality over the more robust build any day.

Over to you though - what three button (or more) wired headsets have you come across which work well with Windows Phone? 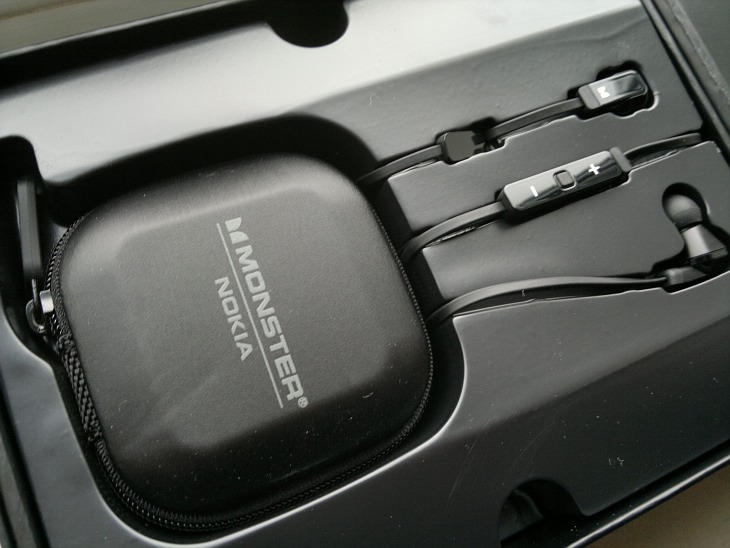