If Windows Phone had a counter that registered how long you spent inside each application, I have no doubt that the lion's share of my time would have been spent on Numberrific, a hideously evil and addictive number search game from Kirill Orlov. All you have to do is delete every number from the grid. It's simple... honestly.

Taking place on a grid that is ten squares wide (and infinitely long) you delete pairs of numbers that are either matching (so two ones next to each other are valid), or that add up to ten (one and nine). Distance is not an issue, so they can be next to each other, or a whole strip of paper apart either horizontally or vertically - but they must not have any other numbers between them, i.e. you can't delete the ones from a line that goes one-eight-one.

At any point in the game, you can add in more numbers, by simply writing out all the numbers on the grid after the last number, with no spaces. This doubles the number of digits in the grid, but should give you more options to delete. 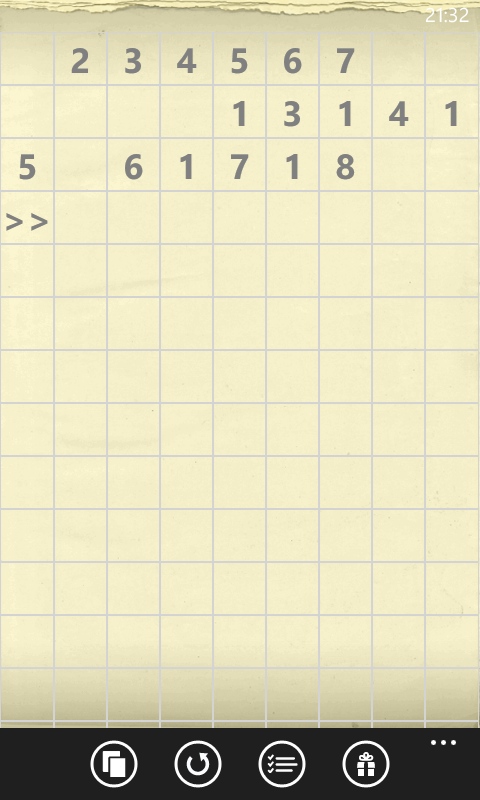 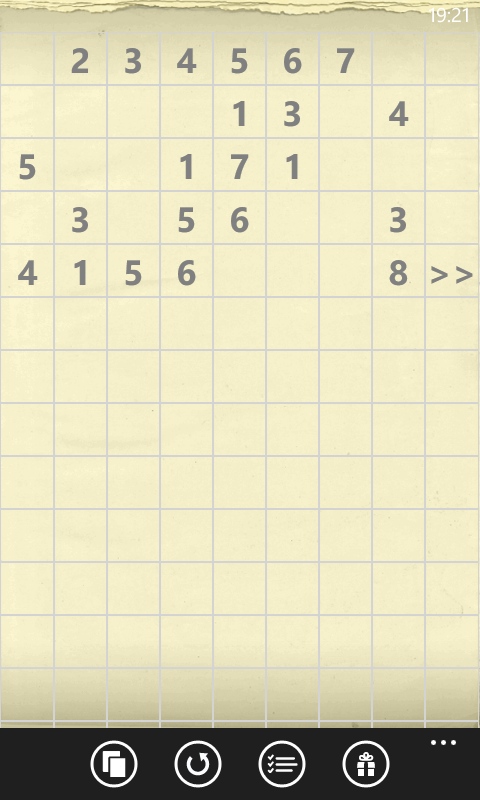 There are two sound effects - a click when you select a number, and a fanfare when you clear the grid. You won't hear the latter very often. The game is over when you have deleted all the numbers on the grid. A feat I've managed about nine times over two weeks.

The reason for this is the huge number of options available to the player. It does not take more than a few deletions and the rewriting of some numbers to realise that the combinations on offer in Numberrific create such a large decision tree that creating an overall strategy is almost impossible. All I can do is work on small areas of the grid, and work towards clearing as many numbers as possible, which should get me closer to a solution.

I'm pretty sure that the maths behind this puzzle show that every starting point is solvable, but it may come down to having 'perfect' play to do it in a reasonable time. There are times when you can have a repeating pattern that provides no pairs that can be deleted, but when you use the undo function and step back to some moves before the pattern started, you can change one decision, not reach the pattern, and (in one glorious game) realise the solution was a few steps away.

Yes there is an undo function, but you are limited to using this just twenty times in a single game. It would be nice if there was a counter or indication to show how close you are getting to the limit. 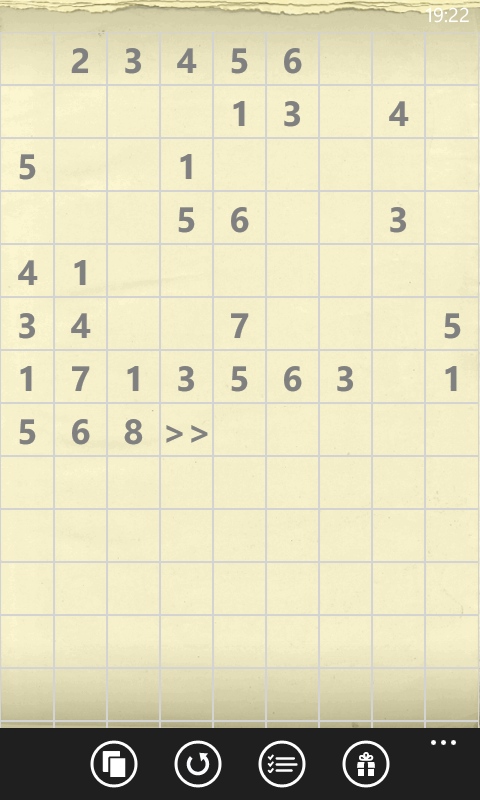 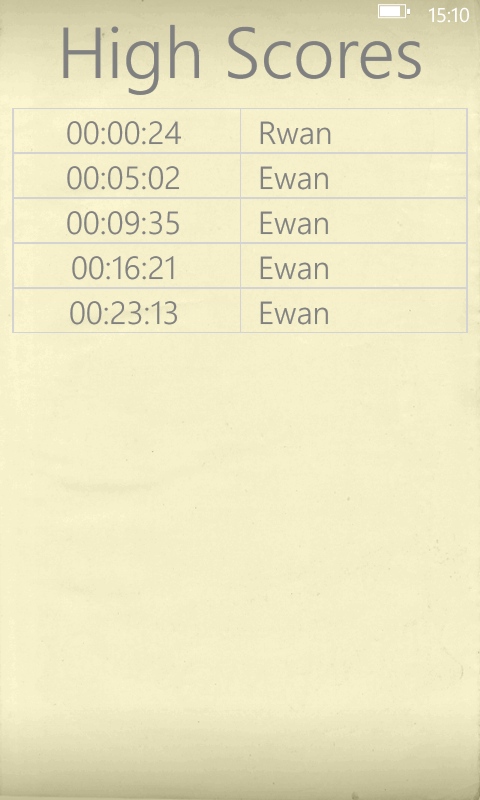 Numberrific is not a game I've come across before, but according to Orlov, the game is inspired by pen and paper games played in the eighties at university. This explains the 'classic' set up of the game, where the numbers 1 through 19 are drawn in the first three rows of ten boxes (one digit per box) as single digits. There is also a random mode for those that don't want to have the same starting point all the time, but frankly I love that it starts the same and every game mutates into something unique.

I'm also loving the style. Yes, it has a skeuomorphic design, with a hint of a paper texture in the background and a ripped paper binding along the top of the screen. Normally I eschew touches like this, but it just about works here. Thankfully the game does not go for handwritten style numbers, but clear digits.

The issue I do have is with the high score table - the classic and the random starting positions need separate tables, because I've forgotten which game I scored the best result in!

Numberrific is very addictive to me, but I have a good eye for numbers (letters less so, as Steve's dictionary will attest to). There's a compulsion and knowledge that Numberrific is just a few moves away from a clear solution... if I just keep playing. In that sense it's a great game. There are a few flaws in the code that can cause the app to crash, but the key is to watch for the bottom row of numbers to be mistakenly duplicated on screen (call up the about dialog and return, and the issue is resolved).

That's not enough to dull my appreciation of the game, and while I know this is not going to be to everyone's tastes, it's a strong 80 from me, with the caveat that for the non puzzler this might be a high fifties score and not much more. Take the trial, and see how you get on!