Impressing from moment one with its metal-tipped packaging, Case-Mate has earned a place on my Nokia Lumia 920 - it's not perfect, but this is mainly due to the challenge of the form factor. This won't help if you drop your precious smartphone face-down, but for other angles and for day to day abuse this 'Barely There' case will help a lot.

There are a number of competing philosophies when it comes to smartphone cases. One approach that I've been rather partial to is to use a 'pouch' system (tip: the Nokia Lumia 920 fits rather nicely in many of the Galaxy S III models), but an equally valid approach is to have the phone encased permanently and then simply chuck it in a pocket.

The latter use case is where the Case-Mate 'Barely There' case fits in. Of course, it could be argued that the Lumia 920 is already tough enough on its own - Gorilla Glass on the front, polycarbonate unibody design, and so on. But if you do drop it, it would be better to put a small ding in a cheaper plastic shell than dent the polycarbonate and reduce the phone's resale value. Plus, my fingers are always fouling the camera glass on the 920, leaving fingerprints that degrade photos. Finally, the 920's default gloss finish could be grippier and is also rather prone to showing fingerprints.

Add all the above together and there's definitely a use case for a shell case like this. The Case-Mate comes in professional packaging, with a glorious aluminium top section. Very high end, I like it, especially at the price point for this case (£15). 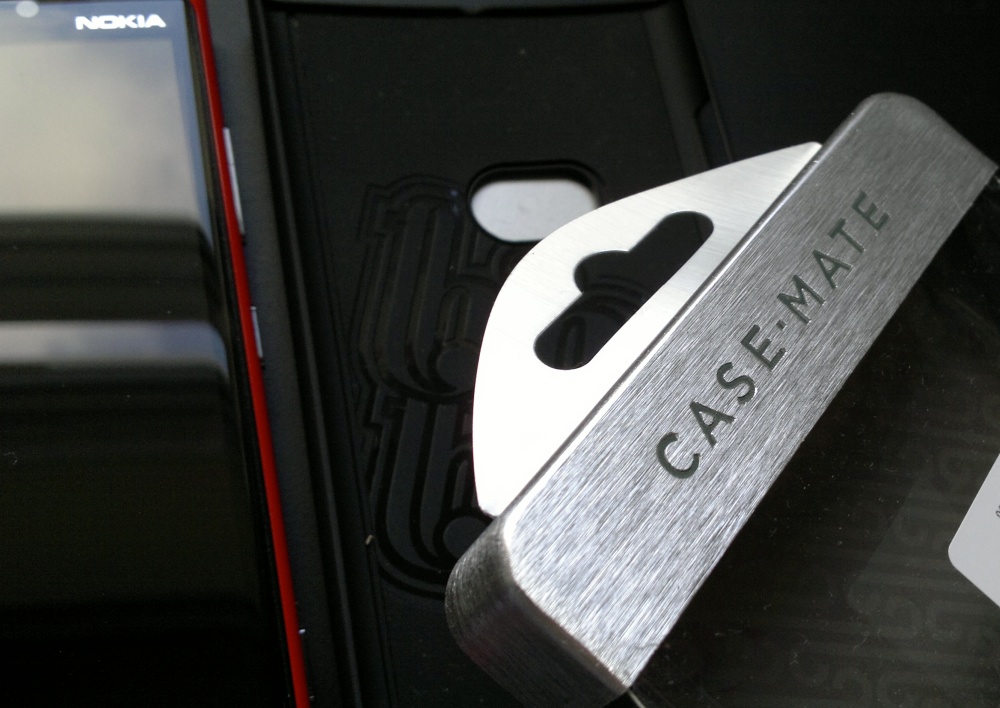 Inside the Case-Mate's tough plastic outer shell is this textured neoprene inlay. Together with the curved edges, it grips the 920 very well - surprisingly well considering how easy is it to get the 920 in and out of the case - just slip in the right side of the phone (with the buttons) and then the left edge just drops in smoothly with no real pressure. 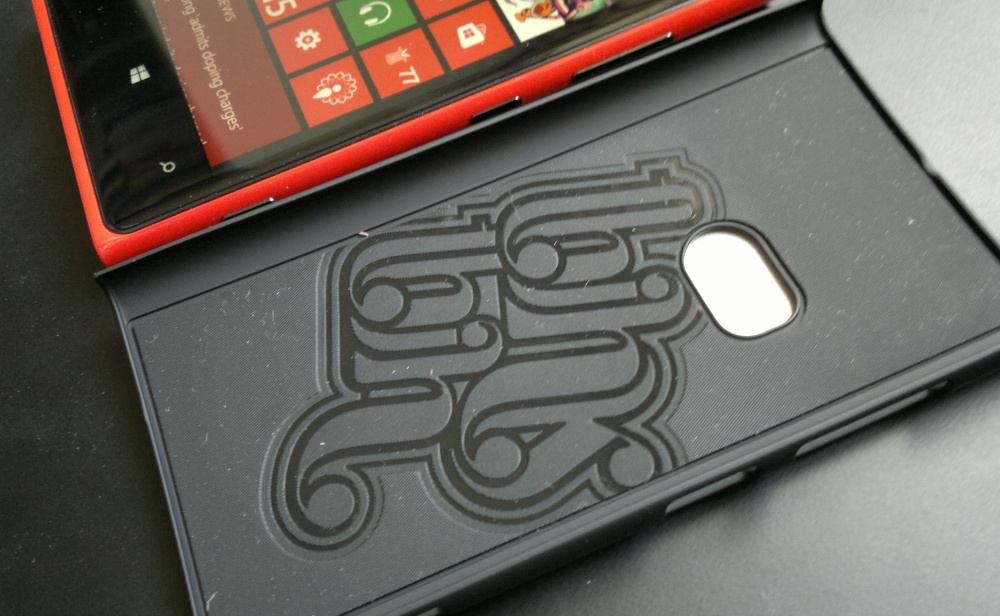 You can see the minimalist profile around the sides of the phone in ths shot below - they curve round just enough to keep the case in place. The ends have the small 'lip' shown, to stop the phone moving up and down vertically in the case - it's a system that works well and feels very secure. 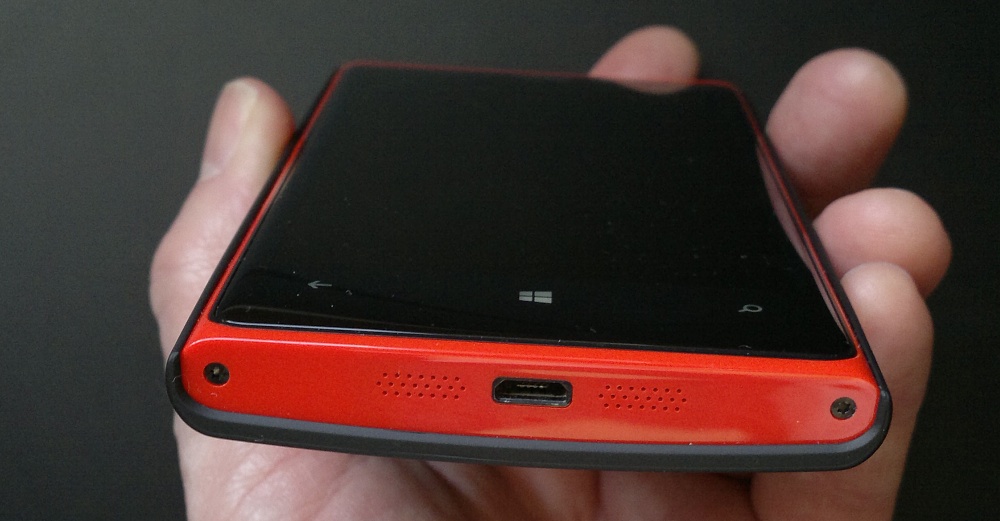 On the right hand side, the case shows the main compromise - its edges can't rise higher without impacting smooth finger swipes onto the curved glass screen of the phone, so there's limited clearance for the top edges of the phone's side buttons. The designers worked out that providing a big gap beneath each button at least made it easier to find and use 'blind', though the asymmetrical result does look a little odd.

On the bottom face of the 'Barely There' case is a simple cut out for camera and LED flash - just large enough rather than trying to follow the cosemetic of the shiny camera plate of the phone itself. Again, the result looks a little odd, but provides maximum protection and strength and I'm not going to argue with that.

Of interest to me was that the 2mm (or so) thickness of the case/inlay means that the camera glass is now recessed by this amount from dirty surfaces and greasy fingers, meaning that there's far less need to keep wiping the glass with a tissue prior to photographing something. 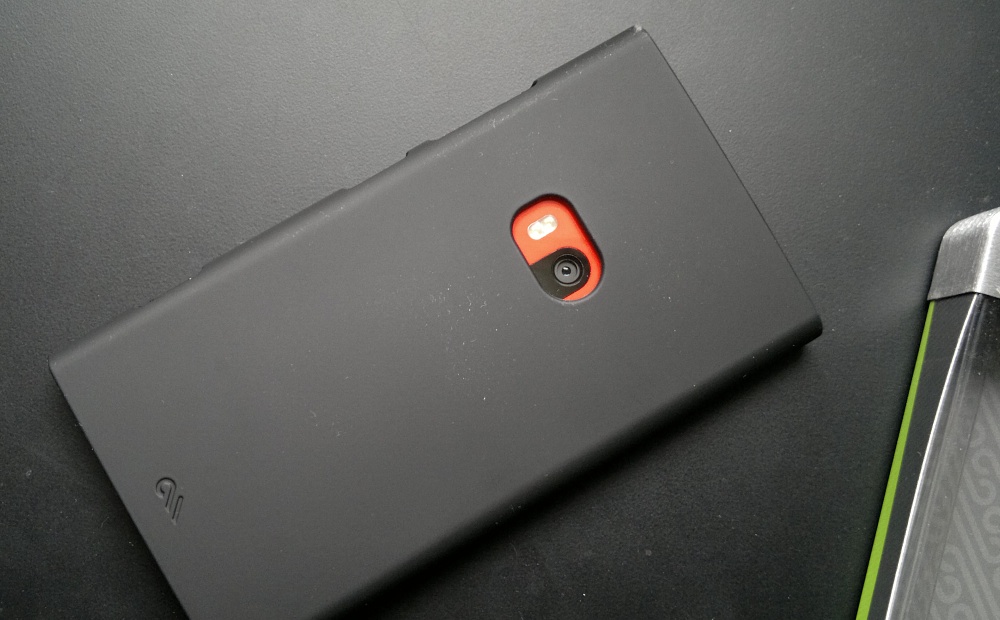 Adding at least 2mm to the back of the Lumia 920, the 'Barely There' case patently is there, but it's not intrusive at all and I much prefer its matt, grippy finish to the phone's native gloss. Impact protection is limited, of course, but do note that there's a 'Tough Case' in the range, at twice the price, with greater all round protection - I'll be looking at this in due course.

[PS.] Inductive charging still seems to work fine with the case in place - I'm sure there's a small loss in efficiency, being an extra 2mm from the charging coils in the plate, but it hasn't been noticeable so far.

For £15, this is a professional case that will fit the bill for many Lumia 920 owners and which represents good value for money.

Many thanks to Mobile Fun for the review accessory, part of their range of Lumia 920 cases.