Putting aside the issue of Skulls of the Shogun being an oasis in a drought of new Xbox Live releases, 17-Bit's strategy game is a wonderful and accomplished title on the Windows Phone platform (which is where this review is focusing, even though it's also on Surface RT and Windows 8). It takes the simple question of 'what happens to all the shoguns who die?' and answers it with 'they never stopped fighting'. Now all you need to do is help them to victory. 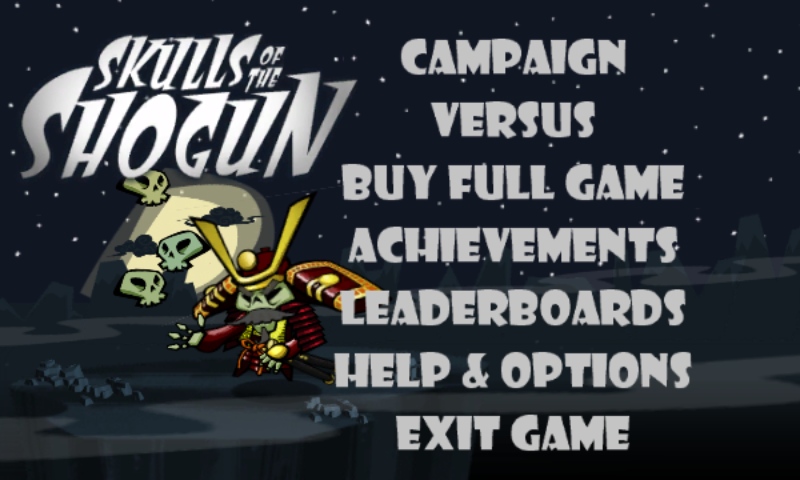 Skulls of the Shogun is a strategy game in the traditional sense. You and your opponent take sequential turns, where you have a limited number of actions you can perform and can move only a short distance. You have various classes of shogun, some are ground troops, others are mounted, or have heavy duty weaponry but almost no movement. Using each of these to get the best results in combat is the key to the game.

But why the 'Skulls' in the title? Because these are your spoils of war. Defeat an enemy shogun and, while they don't leave behind a good looking corpse, they will leave behind their skull. Pick these up, because when one of your Shoguns collects three skulls, then they are transformed into a Demon with the ability to perform an extra action per turn.

As you'd expect, you never have enough actions or range to do everything you want in a turn, so you will need to compromise. It's the number and quality of choices that you can make that gives Skulls of the Shogun the depth I expect from a strategy game. 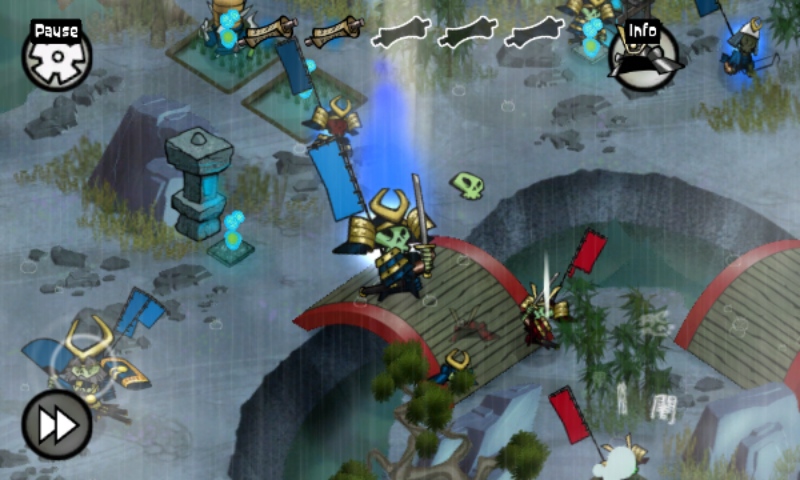 One of the elements that helps this title stand out is the movement. Unlike some games in this category (and especially mobile versions), Skulls of the Shogun is not restricted to a grid of squares or hexagons. You have a fixed distance you can travel each turn, and you are free to move each unit as you see fit until you run out of distance.

This gives the world a much more realistic feeling, allowing you to edge round obstacles, or go for a direct Leeroy Jenkins straight towards the enemy... which naturally has the same results as a Leeroy Jenkins. You will need to plan and be a bit more circumspect while playing the game. There are no easy victories in the afterlife. 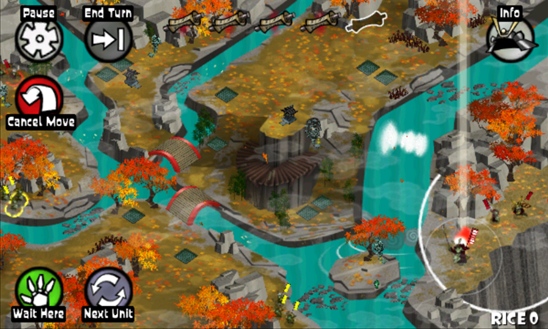 But you need to be aware that sometimes the opposing General is vulnerable and you should steam all-in for an attack - once the General falls, you win the level, no matter what the rest of the forces are up to.

Let's be clear here on where this title is aimed. It's not here to challenge the hardcore strategy gamer. Each level takes around 15-20 minutes to complete, compared to two or three hours on some desktop tactical games, and while there are a lot of options, there's not a huge range of options. For the advanced gamer, Skulls of the Shogun feels like a warm-up exercise to stretch the mental muscles before something serious. 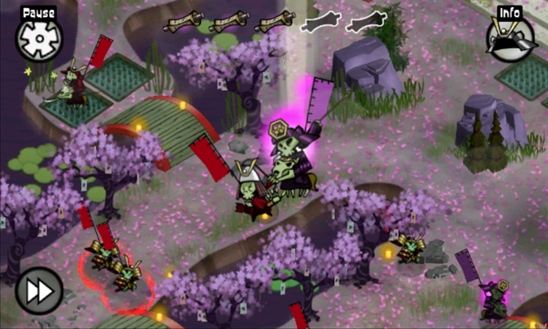 This is actually a good thing, because it makes the game far more accessible to the casual player and those who might not have a lot of affinity with the genre. Skulls of the Shogun has a well pitched learning curve that will act as a gateway to the more advanced tactical games in the world.

What it definitely offers is a fun game that is absorbing and well put together. The graphical look of the game is full of small touches, fluttering flags, and incidental animation that shows a lot of care has been taken over the presentation. Bold colours are used to help distinguish controls from each other (as well as the armies of Shoguns), and the sound effects and music add a rather grim flavour to the game.

Perhaps the only issue is the 'three skulls for more actions' power-up. It's rather powerful, and in the right hands a well placed triple will give you a Shogun that is almost unstoppable. Have a general pick up the three skulls and you can pretty much guarantee victory. That's not a bug in the game, but a design decision to place some focus on skull collection and denial as a strategy - but it's a design decision that may be overlooked by some players who think it is simply unbalancing. 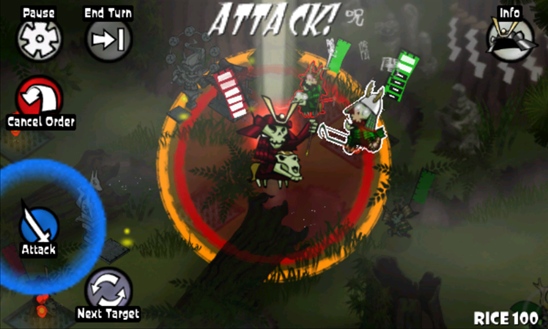