Squirrel is another entry in the continuous running game genre, but unlike many of the titles, it offers a 3D perspective that is both fast moving and slick, but also slightly nausea inducing. That's not enough to stop me enjoying it, though.

Given the name of the game, it should be no surprise that you take on the role of the titular rodent. Ever seen a squirrel in a park or forest standing at the bottom of a tree getting startled? Next thing you know he's forty feet up after scarpering up the tree trunk.

There's your game. Something that moves fast, that has a lot of obstacles to get out of the way, and that is going to look good on screen. All you need is some sort of ongoing goal, a decent control system, some revenue, and you're all set. 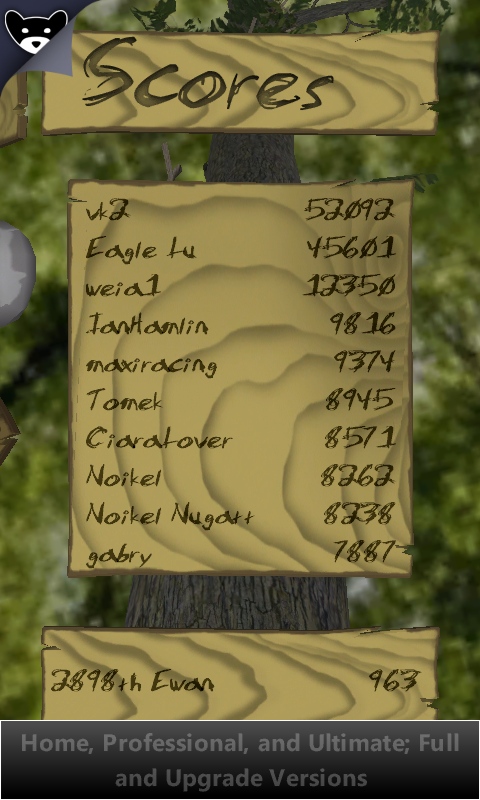 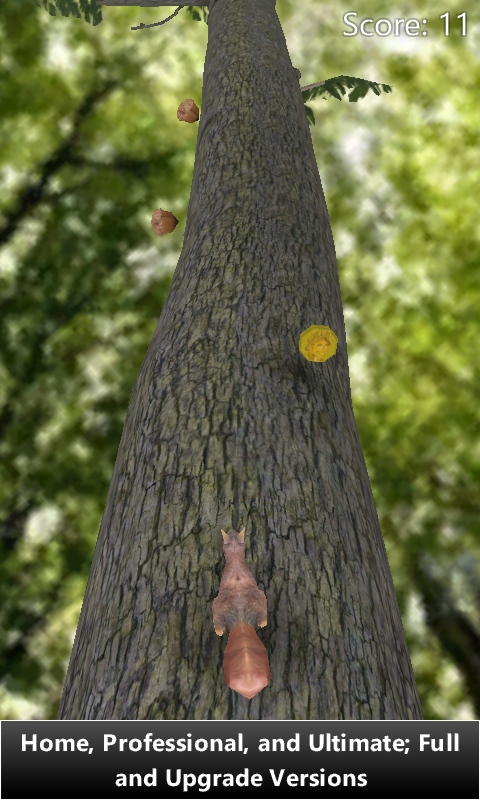 Let's start with the graphics. They are fast. You have the tree trunk (that seems to go on forever, this is one very tall tree) and various knots, branches, hols, and twigs sprouting out from the base. It's a 360 degree view, so you can spin right round the tree to avoid obstacles.

You also have objects to collect. The gold coins give you your score, and there are rather a lot of them. The score is important, although it is a bit hard to compare how you are personally doing as Squirrel employs a global high score, so you can see how everyone in the world is doing and rank yourself against them. I'm up to 2898th in the world, which I think is not bad for a day or so of practice.

More important are the acorns. While you are carrying an acorn, you can't actually die if you hit an obstacle. Admittedly you lose the acorn, but you are still running in the game. Think of it as an extra life, but just one. Of course there's nothing stopping you picking up another acorn after a crash, and this is a good strategy to employ so you can keep building up a score.

The controls are a bit hit and miss though. Offering you a choice of tilt or touch controls, I found myself returning to the tilt controls. Normally I don't favour these, being a bit old school, I like my thumbs in action, but the touch control gesture of sliding left or right on the screen is simply far too sensitive. Even in the early stages of the game, with little in the way of obstacles, I would send the Squirrel round the tree two or three times with a swipe and hit a branch or seven, ending the game. So it's back to the tilt control, which does mean that the screen under my eyes is constantly on the move in the physical world.

It would be nice to see a way of tweaking the sensitivity of both control modes in the app settings.

But back to that movement with the tilt control. This leads to one issue with Squirrel, and that's the visuals. The tree turn you climb up is not perfectly straight, it has slight bends in it. Once you get some height , the speed of the squirrel, coupled with the shifting angle of tree trunk, on top of tilting the screen makes for a lot of movement on the screen. I've found myself being disorientated a couple of times while reviewing the game, and not in a good way. This isn't a game to play when you are tired, or out walking, there's just too much movement going on. 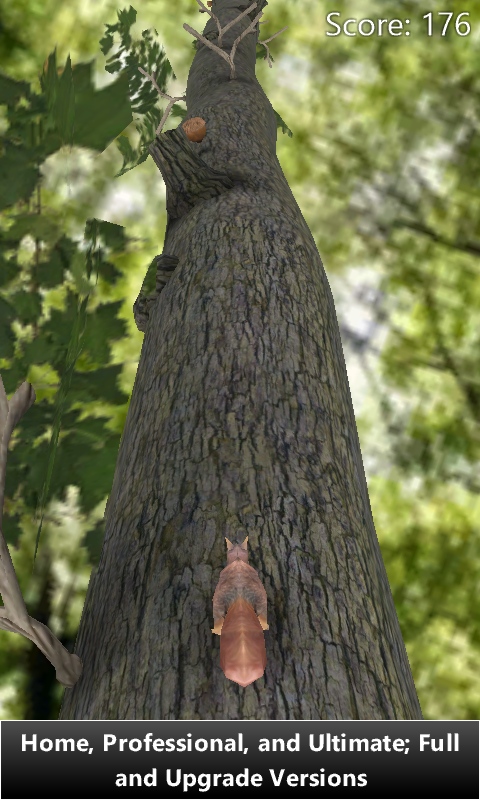 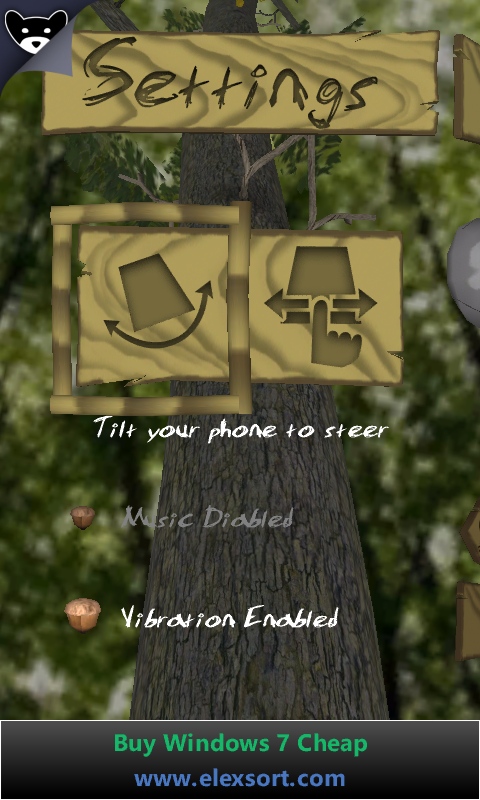 One thing that is surprising is the revenue stream. There's some in-app advertising, but nothing else. With all the coins you collect, I would have expected the ability to buy power-ups, such as extra acorns, starting higher up the tree, or crash helmets... items you see in other games like this, with the option of collecting coins or buying them with real currency.

Without this, you're left with a pure gaming experience, less focused on trying to grab your money and more inclined to giving you a good experience. You can remove the ads by purchasing the app, which is a rather traditional way of doing this. I like this, but I do wonder if this will diminish the return to the developer.

Squirrel is not an easy game to play, it does take some time to get a handle on the controls, and it's very much in the old school of gaming... no bells and whistles, no gimmicks, just the game.

Sometimes that's all you need.