There's a certain cheeky slice of humour on show in Rubicon Mobile's tactical combat title 'Great Big War Game'. From the moustached generals to the cheeky soldiers reporting in from the battlefield, Rubicon play their fighting hand with a light touch that makes this title accessible and fun to play. 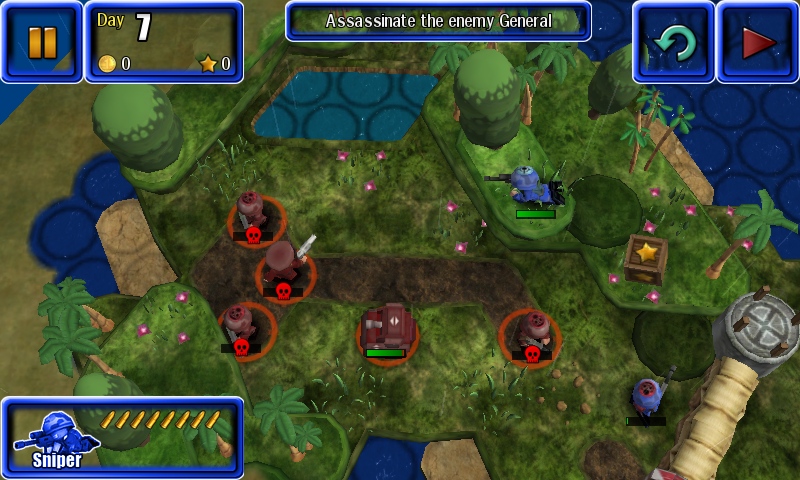 The starting point is a simple one - this is a turn based war game. Each one of your units has a set number of movement points per turn, they can each fire once per turn, and of course each unit reacts differently - from longer movement and weaker weaponry to being vulnerable but carrying a bazooka. As you play through each level, you might have reinforcements appear on the map, or you might be fighting through with just the troops you started with. Whichever it is, it feels like a good difficulty curve.

This is aided by the maps used. Based on hex grids, to provide the best mix of easy moment with tactical play, they also include a vertical component. You can happily send a sniper up a hill to give him much better range when firing on the enemy, safe in the knowledge a tank won't be able to follow him (but of course can still drop an explosive shell on him when it gets close). 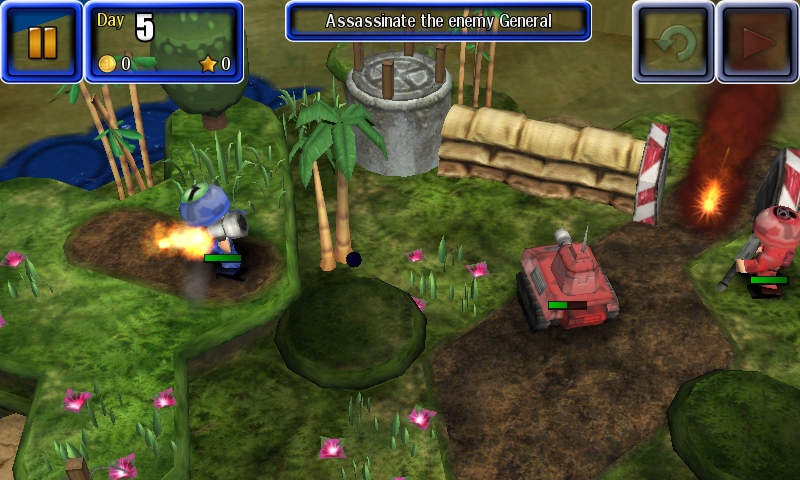 Great Big War Game is more than just a game of 'who can fire first' with soldiers and vehicles lined up in front of each, seeing who falls first, so keeping an eye on the territory is vital. Movement around the map is full of decisions, and really adds to the tactical experience you experience. As well as scrolling through the isometric 3D environment with your finger, a two finger twisting motion allows you to rotate the landscape to get a better view of what's going on.

Commands are mostly of the tap and choose variety. Tap on one of your troops and you will have an overlay of green circles showing up, that show where you can move to. Tap on one of those, and away you go. You might also have enemy troops circled in red - which means you have the option to fire on them if you wish by tapping on them. And if you want to capture a building or facility (and generally you need to use an Engineer troop type to do this) then stand next to the target, and tap it to start the capture process.

It's all straightforward and what you would expect to happen actually happens. The moments when you do need to make bigger choices (like recruiting troops), a full screen menu, with descriptive text, will pop up to help you. 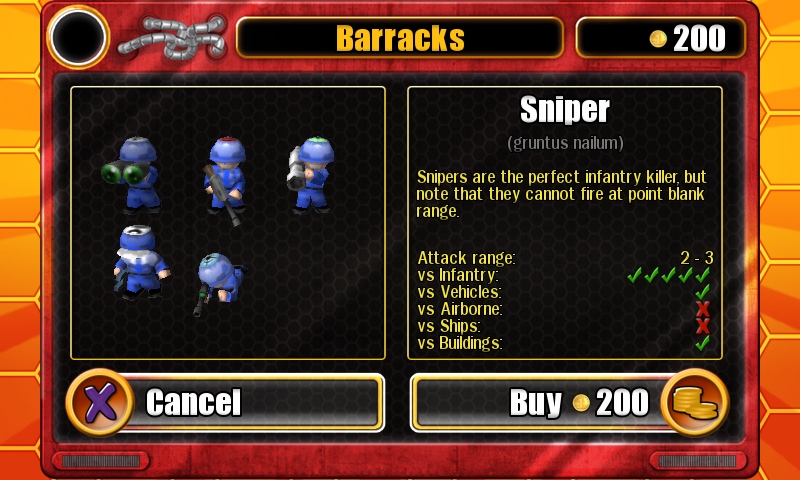 With fifty levels making up the campaign mode, there is a lot of gameplay in here, and it doesn't take more than a few levels until you get to some really complicated maps - the goal is usually assassination (of the enemy General) or the capture of a base, but you also have to manage buildings and structures to create more troops, oil fields to raise money to buy the troops, and of course defend these from capture while your opponent tries to take them back.

After the campaign is complete, you have the option to do single 'skirmish' missions - no storyline, no impact on the ongoing game, just a little bit of action to fill the time.

And if that was all that the Great Big War Game offered for its $2.99 / £2.29 purchase price, I would be a happy bunny. But there's more. There are seventy multiplayer maps available to challenge your friends and the rest of the internet with. You can start up a game and pass it around the room for some one-on-one combat, or you can play with a friend or random opponent online. 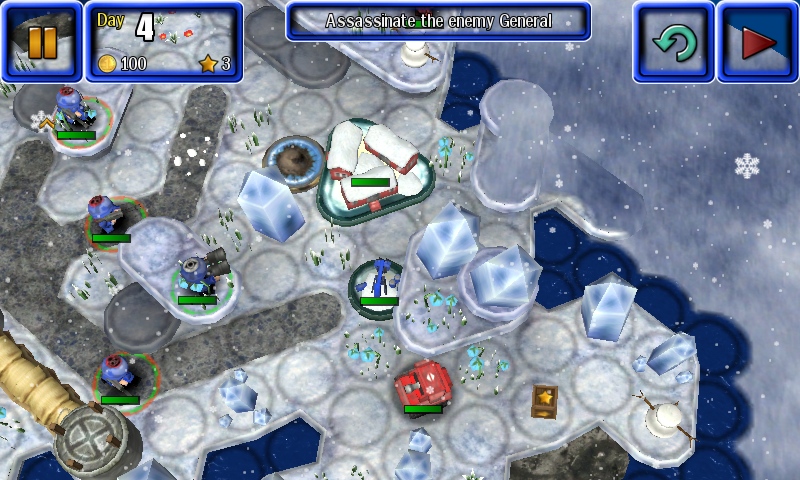 Because Great Big War Game is played out on a turn-by-turn basis, it's a simple matter for the code to take your completed turn, upload it to the server in the background, and wait for an alert that your opponent has made the next move and it is awaiting you to pick it up. What would be nice is a way to get alerted to a move waiting for you that didn't involve opening the game and pressing refresh - a toast alert, email, or IM ping would be much appreciated here.

That quirk aside, it's natural that the online multiplayer game is a slower paced affair. You can get a flurry of moves when both you and your opponent are online at the same time, or you can go a day or two between moves. Like most online multiplayer titles, you often get a much faster response if you are playing against people you know. 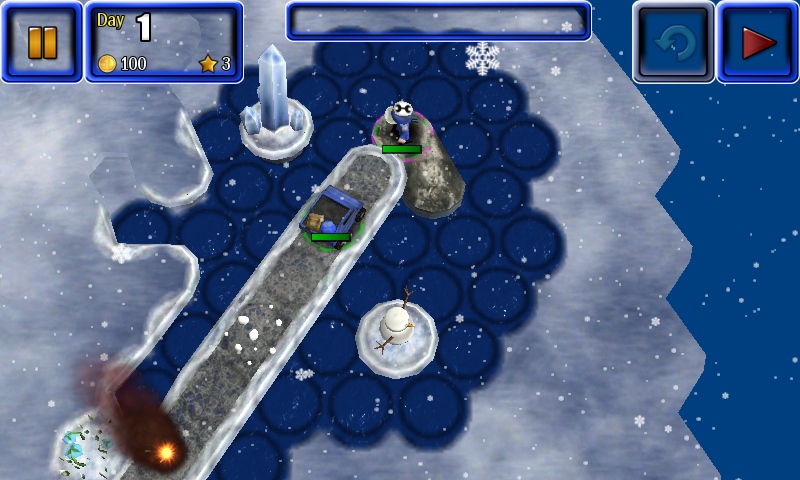 Great Big War Game is fun to play. By restricting the sides to 'Red' and 'Blue', everything remains distinct while playing, and because it's a turn based game, there are no time pressures forcing you to make rash and impulsive decisions. You've even got an undo option to take back a move if you make one in error. It's well represented, sounds great, provides a huge challenge, and is great value for money. Recommended for any fans of tactical games.