Gameloft's latest title in the Asphalt series, Airborne, arrived on Windows Phone last week, following a release on iOS and Android in August. Can the driving game that is focused on jumps, twists, and stunts in the air alongside driving to win on a road course deliver? It does, after a fashion.

The Asphalt developers have got the basics of this arcade style racing game down pat, and in fact anyone who's spent some time with the previous title, Asphat 7: Heat, will recognise the evolutionary aspect of the game. One thing this means for the Windows Phone gamer is that the title's control system will feel really familiar, with automatic acceleration, tilt to steer, and the brakes/turbo requiring a tap on either side of the screen. All very intuitive and as people would expect from a smartphone racing game.

The same is true for the layout of the game. You have a career mode where you can earn currency in the game, use this to buy mods for your cars, or even buy new cars. There is a quick race mode to just get some action in, and you can set up ad-hoc multiplayer games over local Wi-Fi with other handsets (which have purchased the game, no testing the multiplayer in trial mode). 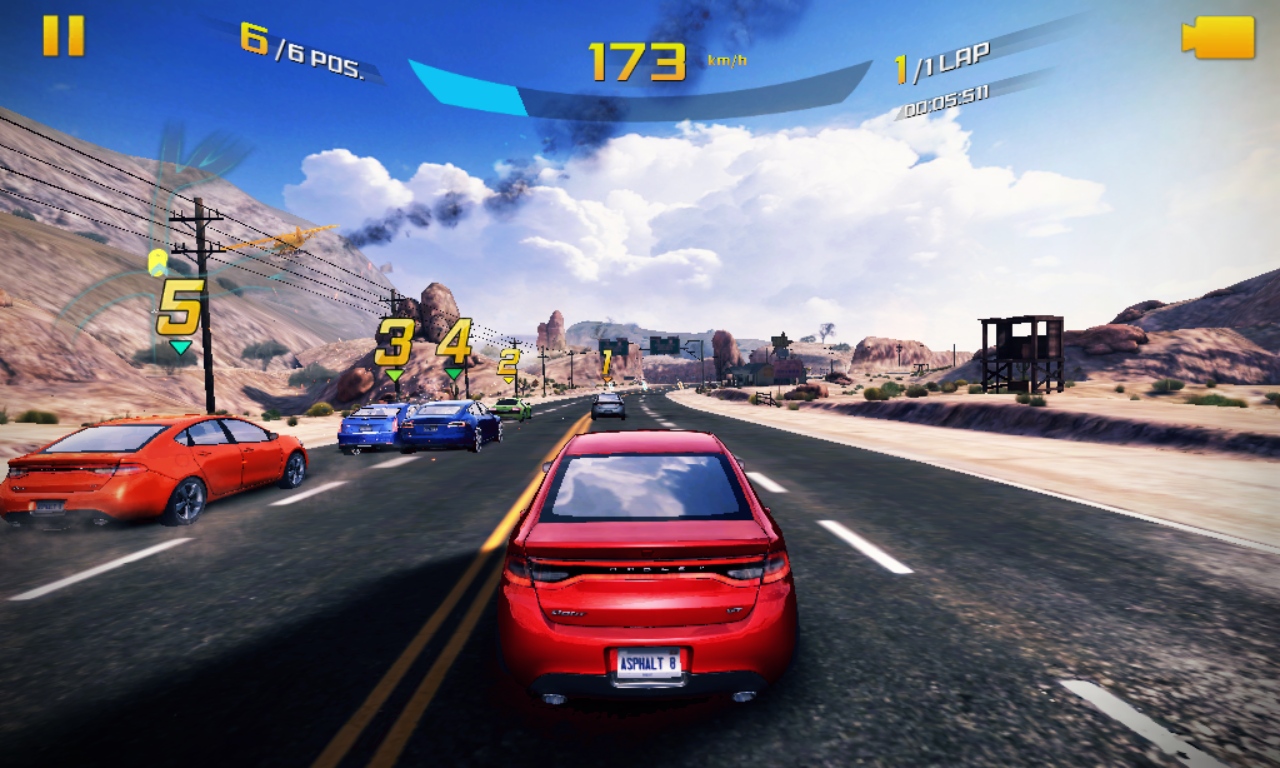 But every new Asphalt game also looks to build on the previous title, and the developers behind Airborne have made a huge push to deliver a new 3D graphics engine. This allows for more cars on track, smoother graphics, and with so much of the focus of Airborne on getting your car into the air to do flips, twists, turns, and spins, to get a higher score,  the engine needs to cope with all of that as well.

It does this admirably, but for me there's just a little bit missing.

The animations for the arial acrobatics feel rather... animated, as opposed to solid. While I can see what the car is doing, it also feels like there are animated frames missing. The frame rate is not low enough to make the spins look jerky, but neither is it high enough to make it feel 'real'. Given that so much of the game is about getting into the air with moves, to have them feel false takes me out of the zone where I can be completely enthralled by a game.

Even on the ground there are moments that feel too binary and remind you that you are playing a game, with rules set by the developers. Take the classic powerslide, or the drift as it is called in the game. The premise is simple - a quick touch on the brakes while turning, pop in a dab of opposite lock, and into the slide you go, balancing steering and throttle. Except here you are turning, you tap the brake to powerslide, and the graphic of the car jumps thirty degrees of angle and you are drifting. No balancing, no finesse, just one moment you are not, and the next moment you are. It simply feels gimmicky rather than realistic. 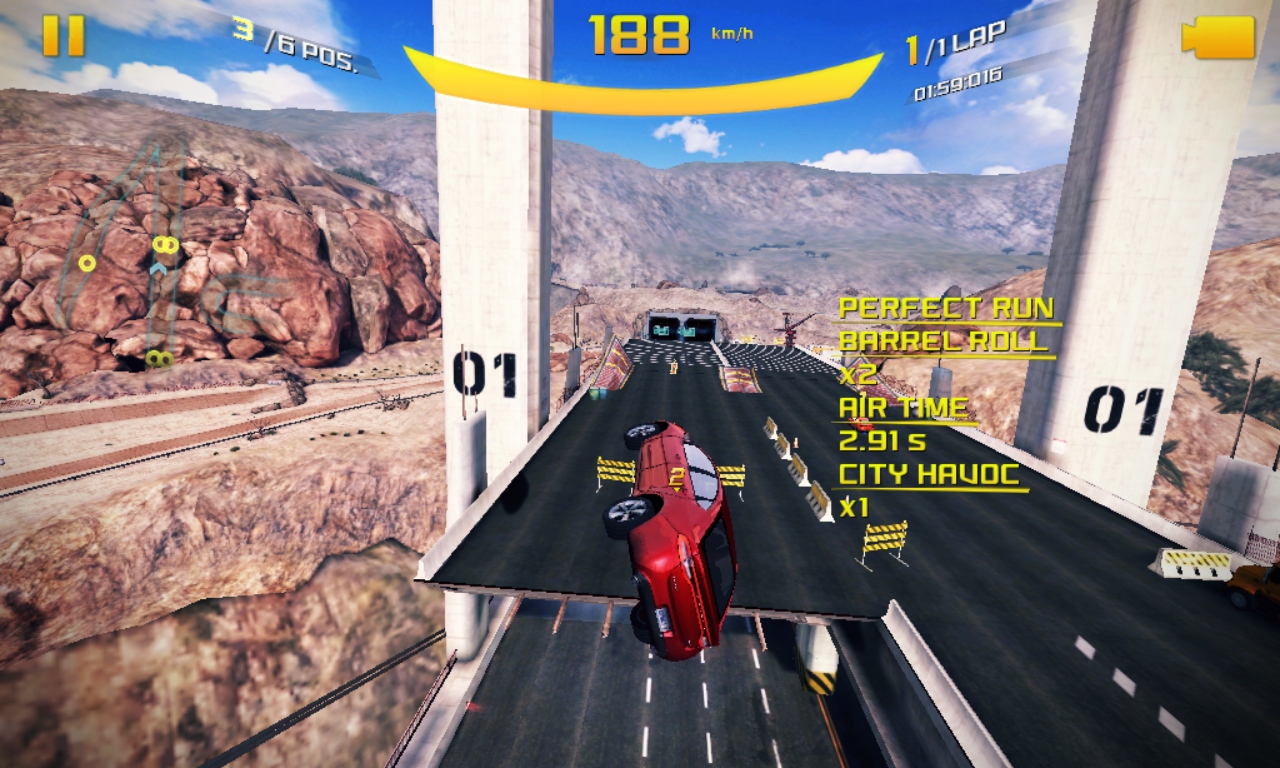 One thing to note is that, unlike the previous Asphalt titles on Windows Phone, Airborne has been released without the Xbox Live branding. This is a Gameloft release, under their control. They don't have the onerous extra requirements for Xbox Live, and neither do they have to stick with the price bands demanded of an Xbox Live title. And when Gameloft are ready to update, they can update, no need to fit into Microsoft's schedule.

Dropping Xbox Live does have one slight downside, which is the loss of Xbox Achievements. Maybe a year ago, when the Xbox Live titles were rolling out on a weekly basis, collecting gamer points meant something for the Windows Phone gamer, but now, with an almost non-existent schedule, the Xbox project seems dead, and the ability to collect achievements and points in a global ecosystem is no longer the draw it once was. You're not missing much in their absence. 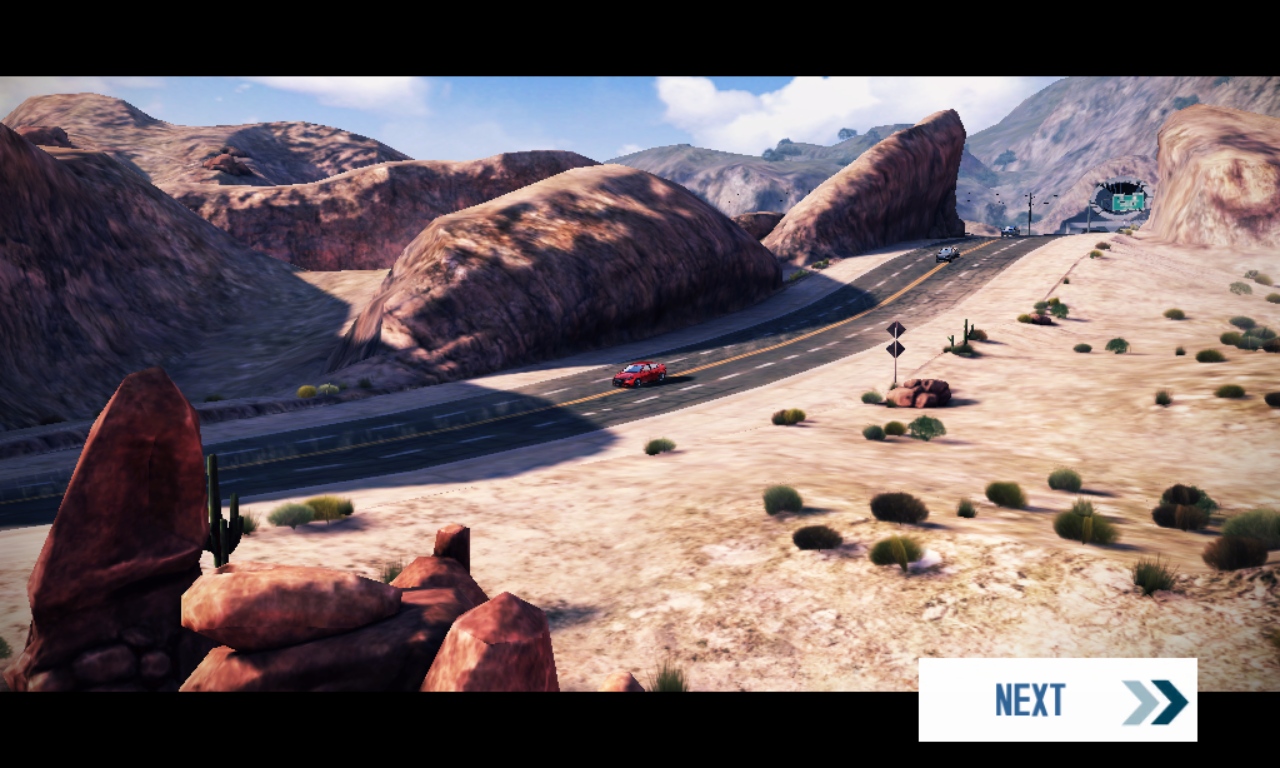 So Gameloft taking control of their franchise's destiny makes a lot of business sense. They can get it out there with a relatively short gap between this and the iOS/Android release, they can price accordingly, and they continue to support the Windows Phone platform.

Airborne is not a perfect driving game, and to be fair I think that the focus on the vertical takes away from the experience of driving, but then if you want that, stick with the last Asphalt title. This is arcade racing more akin to Tony Hawk or freestyle BMXing than a NASCAR circuit race in the real world. It's just that Airborne slightly misses the mark.

A good racing game will blend all those experiences and create a unique feeling where you can simply drive. Airborne does not create that feeling. You are steering. Or drifting. Or jumping. You are never just driving, doing what needs to be done to scramble over the line. And that's what a good racing game needs to do. No matter the platform, at high speed you need to feel you are just a second or so behind the powerful beast of your racing car. You need to feel on edge, twitching to steer into a corner, and aware that a delicate light touch is as vital as wrenching the handbrake and wheel into a vicious hairpin turn. 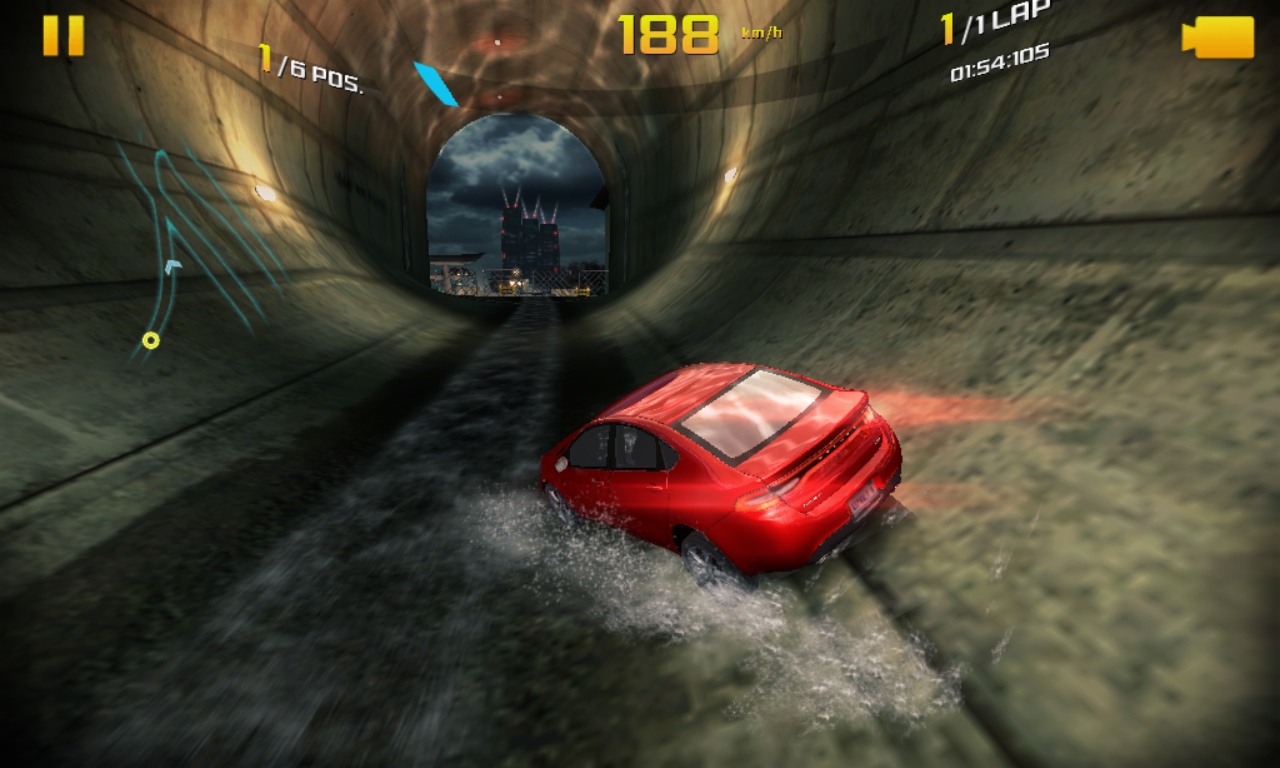 Asphalt 8: Airborne doesn't have that balance of speed, danger, and control for my liking. The various ways to drive are too discrete, the controls are too direct with an immediate effect, and the challenge offered by the AI cars is passable in both senses of the word.

Like every curate's egg, there is a lot to like in this title, and it will have many fans who love it with every fibre of their gaming soul. And that's great, choice is wonderful. But Asphalt 8 is not a choice I would make.