In the future, when the world waits for the arrival of Charlton Heston, the apes will gather in arenas across the continents to play devilish games of strategy and skill to the death. Starting as a lowly chimp, will you be able to survive the games and advance in the rankings? 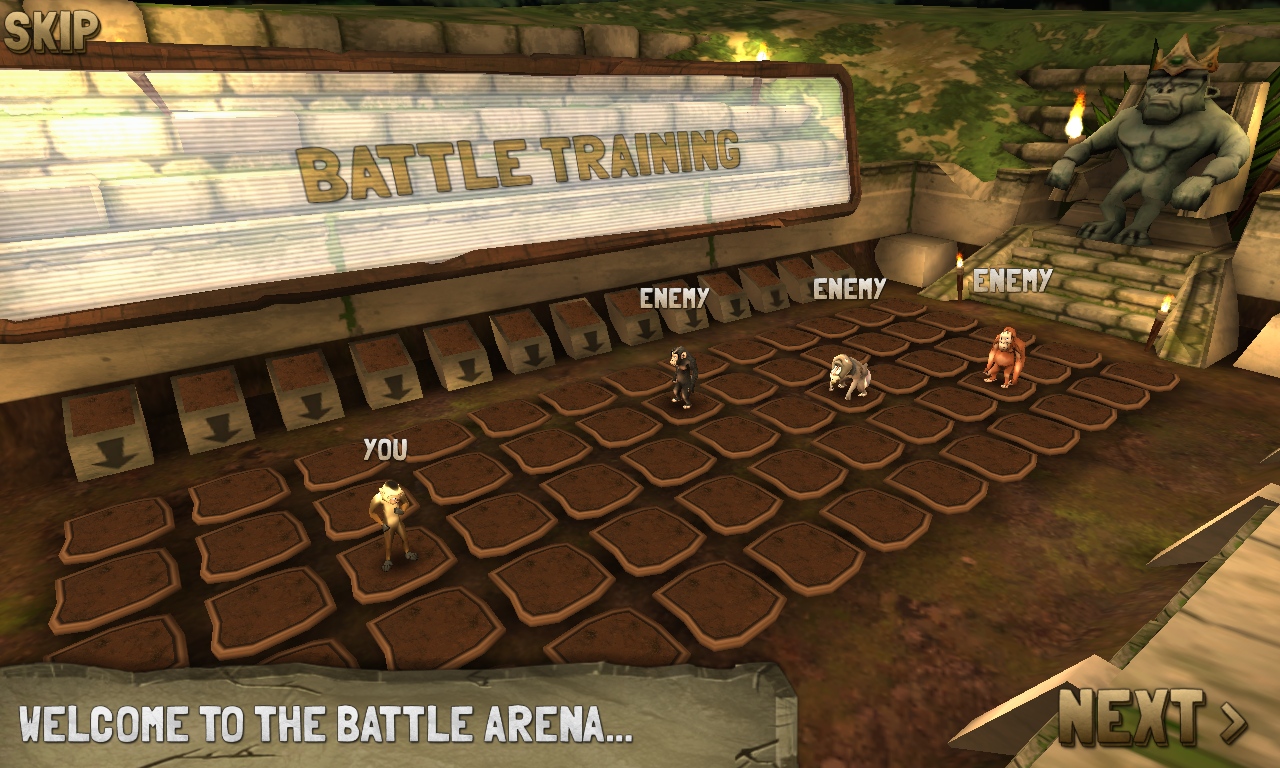 1960's science fiction plots aside, Battle Monkeys is an intriguing mix of strategy and luck. With four opponents on the Game grid, each player decides on a move, and then they all happen at the same time. These moves will see you land on an icon, which can either damage your opponents and cut their health, injure yourself, or heal your wounds by restoring health points. The simple challenge is this... be the last primate standing, and take the gold as the prize.

Not all the board is open to you, as you can only jump a certain distance each turn. You also need to plan, as each row of tiles will be pushed down from the side as new tiles move in. Making sure you jump onto what's coming up, as opposed to what you can already see, is a vital skill in the game. 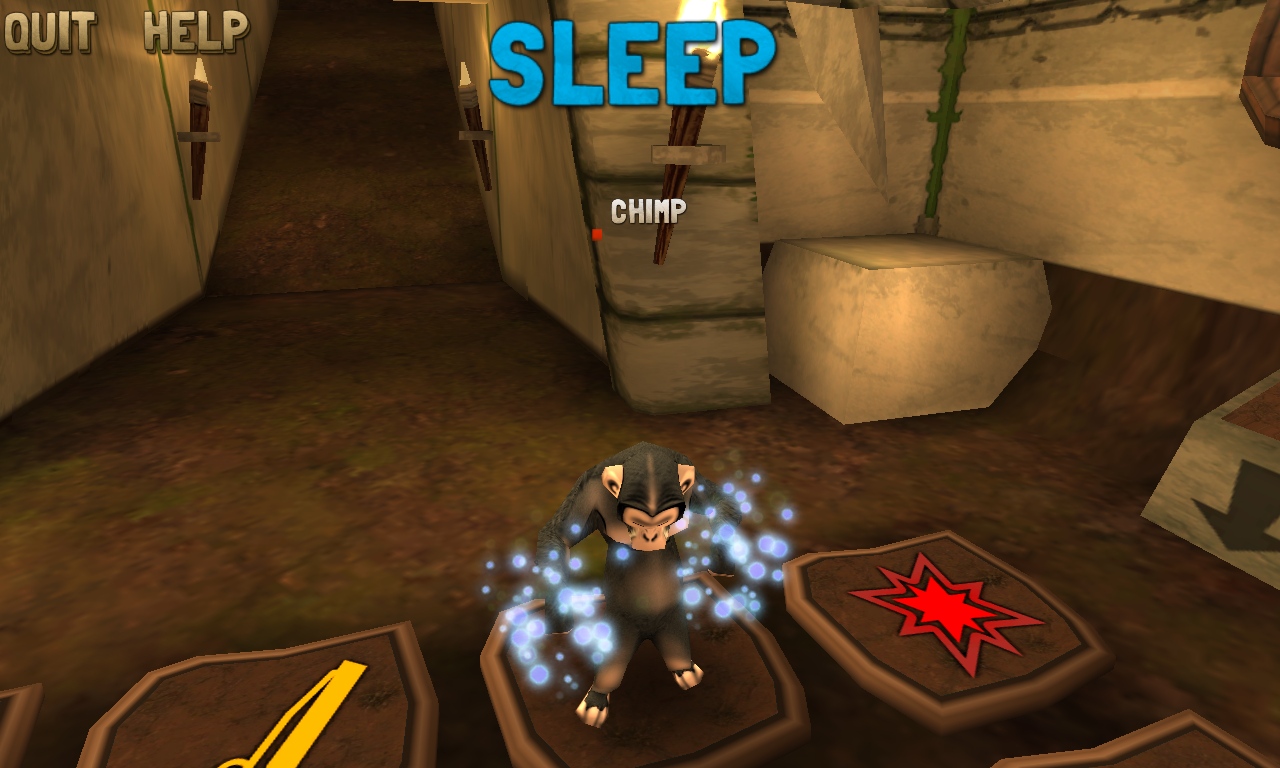 Once you land on the tile, the effects of that tile are applied straight away, as are the effects of the other tiles landed on by the opposition. It's rare that there is a one-move kill in operation, so be careful to balance attacking and defending tiles, as well as being watchful of your position on the board compared to your opponents; be aware of tiles that could slide underneath you if you are frozen; and try to stay out of a horizontal or vertical line with another primate if they have a direct fire weapon (that can only shoot along these lines).

Battle Monkeys certainly looks the part, with 3D graphics representing the full board, and a camera that flies in for a close up of the moves and action from all the primates. There are enough tiles that the action doesn't get too repetitive, but naturally there is only a finite number of animations. Thankfully as you go further into the game, at higher difficulty levels with less time to move, these animations actually give you time to catch your breath and do some planning. 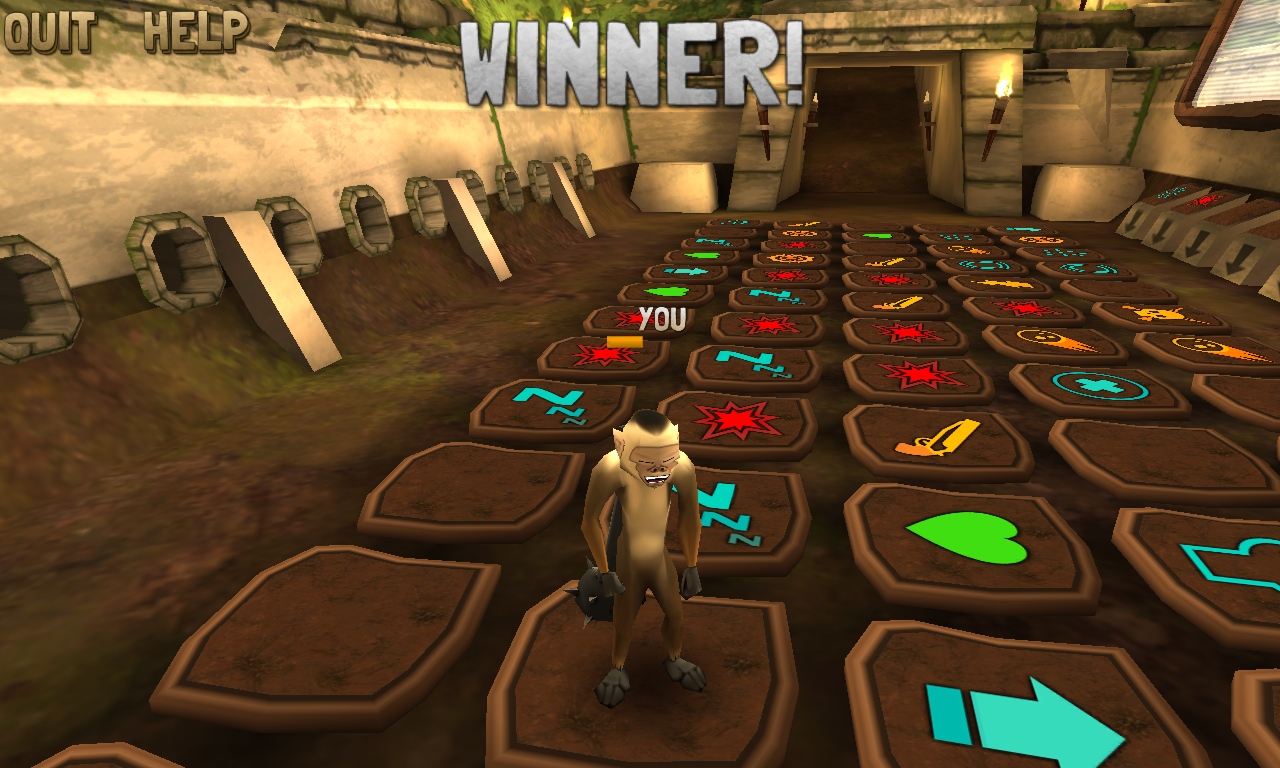 The only issue with the game is that you have far too many options on each move. Even with the ability to jump two tiles at a  time, that can lead to a choice of 24 different tiles, so you always have a range of options. Without limiting these choices, or having to seriously plan moves so that you can get to powerful tiles in three jumps time, Battle Monkeys is a bit more lottery than strategy.

For me that weakens the long-term value of the game, but for a younger gamer - and with the graphics on show here it certainly feels like a title that's not geared towards the adult gamer - the mix of random chance and skill feels about right. Think 'Wii Party' levels and you'll be in the right area. 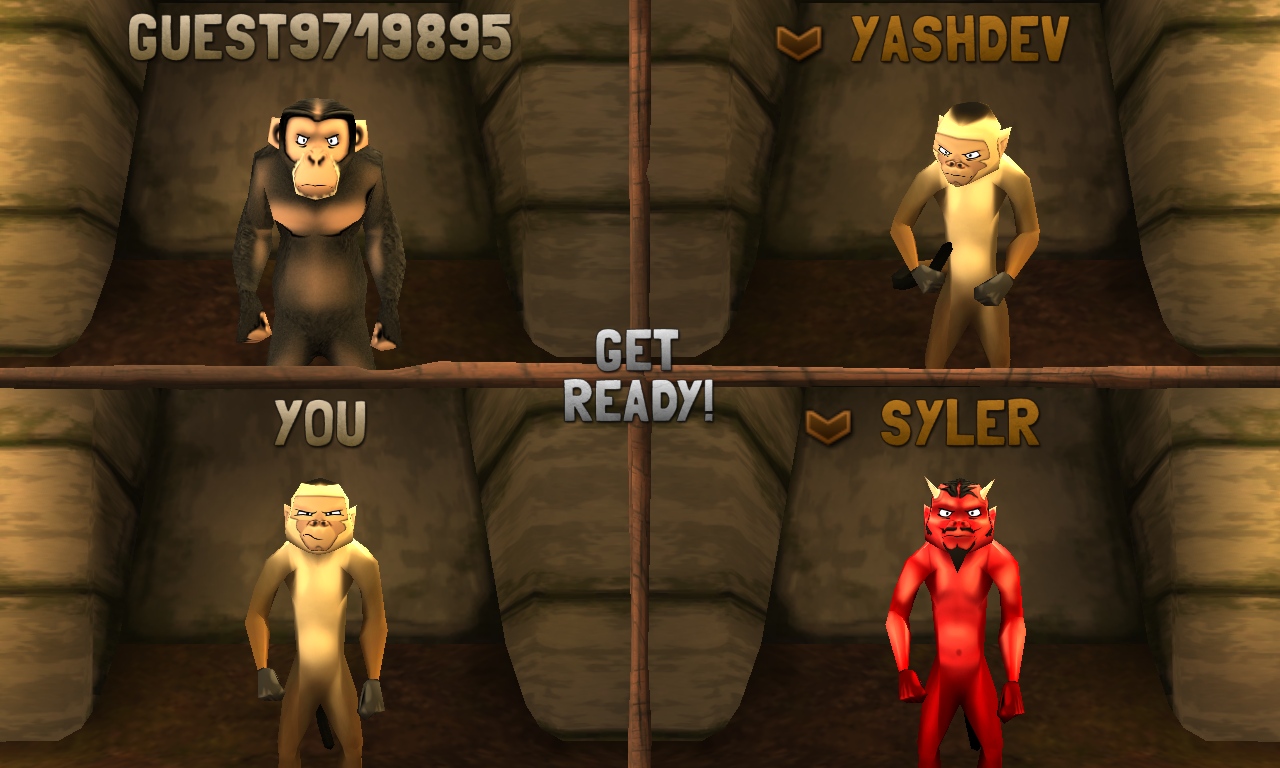 And just like the aforementioned Nintendo title, Battle Monkeys has some multiplayer action. You can play in the online multiplayer rooms as a guest, or you can log onto the Gamenet service which allows you to play against your friends (as opposed to random match up), global leader boards, and collect coins and diamonds at a higher rate.

Come on, you knew the freemium element was going to come in at some point. As you play through the game, you can earn gold coins for each victory, and these can be spent to unlock different primates with more strength and abilities. You can also head to the store and buy diamonds with real world currency if you want to unlock the primates without grinding through the games. It's a relatively benign implementation of freemium, almost as if the authors are adding it because it is fashionable, and not as a way to beat you over the head and grab your wallet. 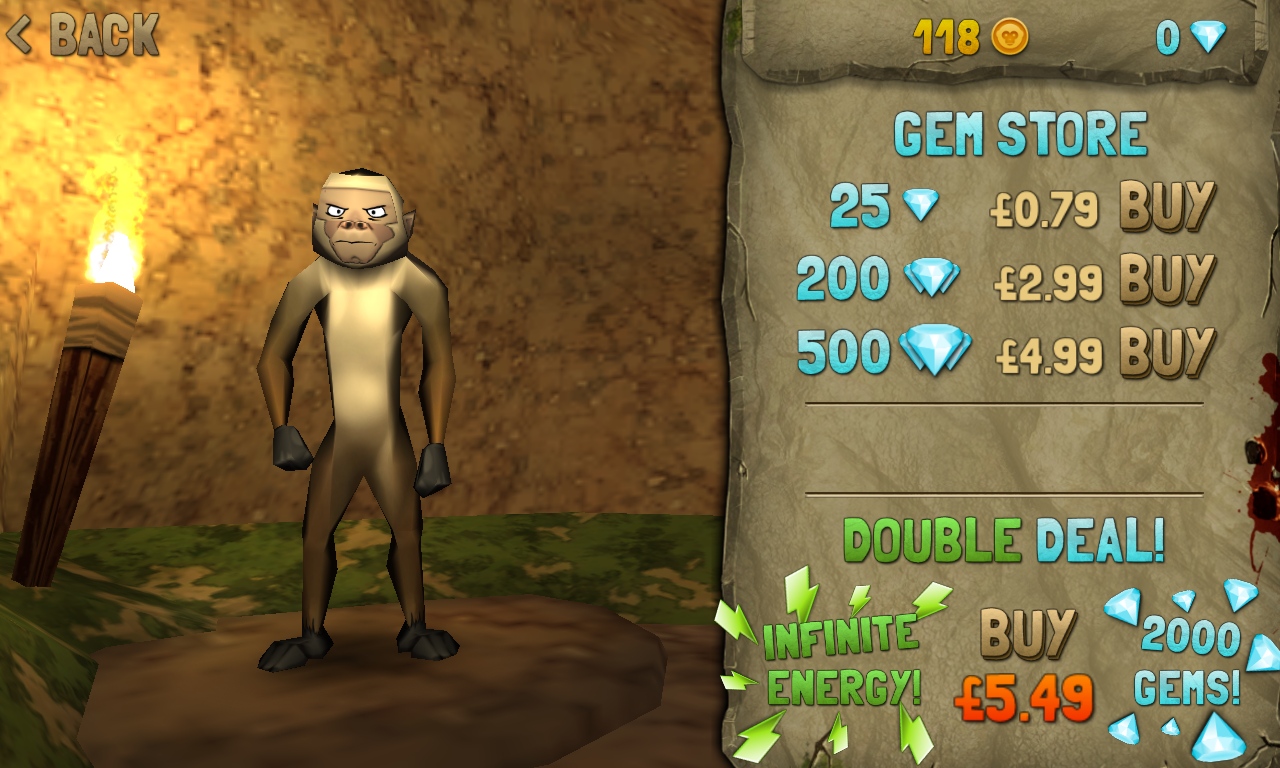 Battle Monkeys is a good diversion of a game, but it's not stunning. There is a core idea that works well, and it has appeal to the younger player, but in the end too much is left to chance for me to enjoy the game as a game, and at later skill levels this random factor means the gaming action goes on far too long, especially in the end game when it is 1 on 1 action. The game is competently programmed, and I'm sure it will have its fans. But I'm not going to be one of them.