How long does it take a gamer to realise that a freemium game is boring? Developers want this to be as long as possible, but unfortunately Gameloft's latest hack and build RPG title, Kingdoms & Lords, manages to be boring after about four minutes, and never improves. Which is never a good sign, but it gets worse. 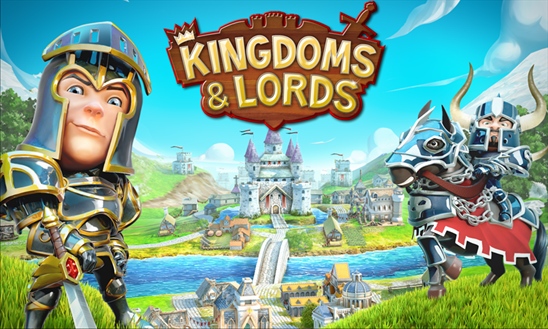 As with other RPG adventurers, you'll be walked through the first few tasks and quests to give you a familiarity with the controls. You'll be shown how to construct buildings and plant crops in your village, how to visit other villages, towns, and cites, and the basics of combat. You're also, rather subtly, shown how to accelerate the construction of a building using one of the two in game currencies (the diamond) and how to hire troops (using gold).

Presented with an isometric view of your village, you'll start with a small clearing in a forest where you can build up your kingdom. From barracks and farms, to homes and impressive buildings, you'll be able to spend your gold on the infrastructure of your village. You'll also need to tap on the tools to help the building process - this is not a 'start building and come back in ten minutes style of game', this is 'pay attention and realise just how long you are spending in the game', which is a potentially fatal flaw. 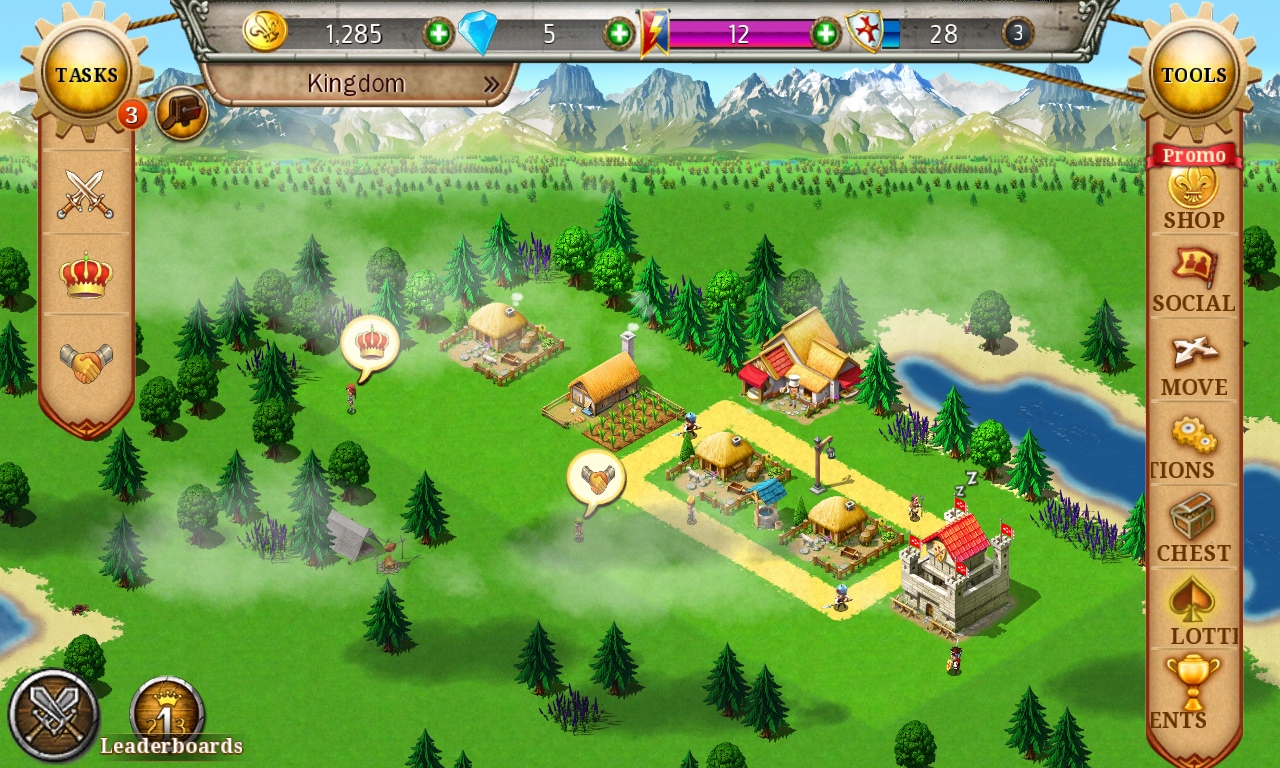 Outside of managing your kingdom, you can visit other kingdoms in the land and help them build and farm with a few taps (and you tend to get some gold as a reward). It's an interesting touch, but one which feels out of place as there are no story elements or ongoing tasks that are tied into this friendly gesture to your neighbours. 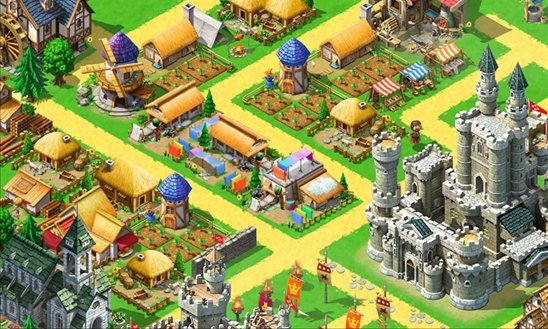 And finally in the three main game areas is the combat system. Taking the troops you have hired via the barracks in your kingdom, you can face off against those attacking your kingdom (or strike out yourself). This is a very civilised 'take turns to punch' mode of combat, as you select one member of the opposition to attack with one of your troops, your opponent does the same, and this continues until the health of the troops on one side is worn away.

Frankly, I can think of a bundle of ways to make this style of combat tactical and appealing, but Gameloft have ignored every one of them. Hit them, be hit back, keep going till one falls. Boring and slow, there's nothing that makes me want to engage with the combat system or to exploit it, I simply have to build up my troops to have more health and more attack points than my opponent. 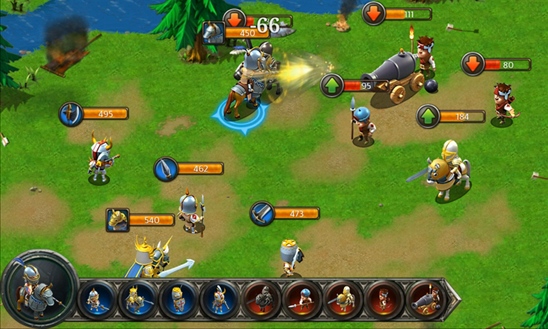 Perhaps, if I was being generous, i could say that Kingdoms and Lords is aimed at the younger gamer - that might explain the lack of complexity in every area - but there is one significant issue that stops me being generous... and that's the freemium system. It's the typical two currency approach where the small currency is used for small items, but cannot be used to buy anything significant or advance the timers that make you wait to complete a task. For those, you need to acquire the very rare in-game diamonds, or to buy the diamonds using the IAP (In App Purchase) system.

Some games manage to get the split between these currencies and what they can do to an effective point. Kingdoms & Lords is simply not one of those titles. Almost everything significant is priced in diamonds, so you can either grind forever and hope to be rewarded with the diamonds, or buy your way to a higher level with more equipment. 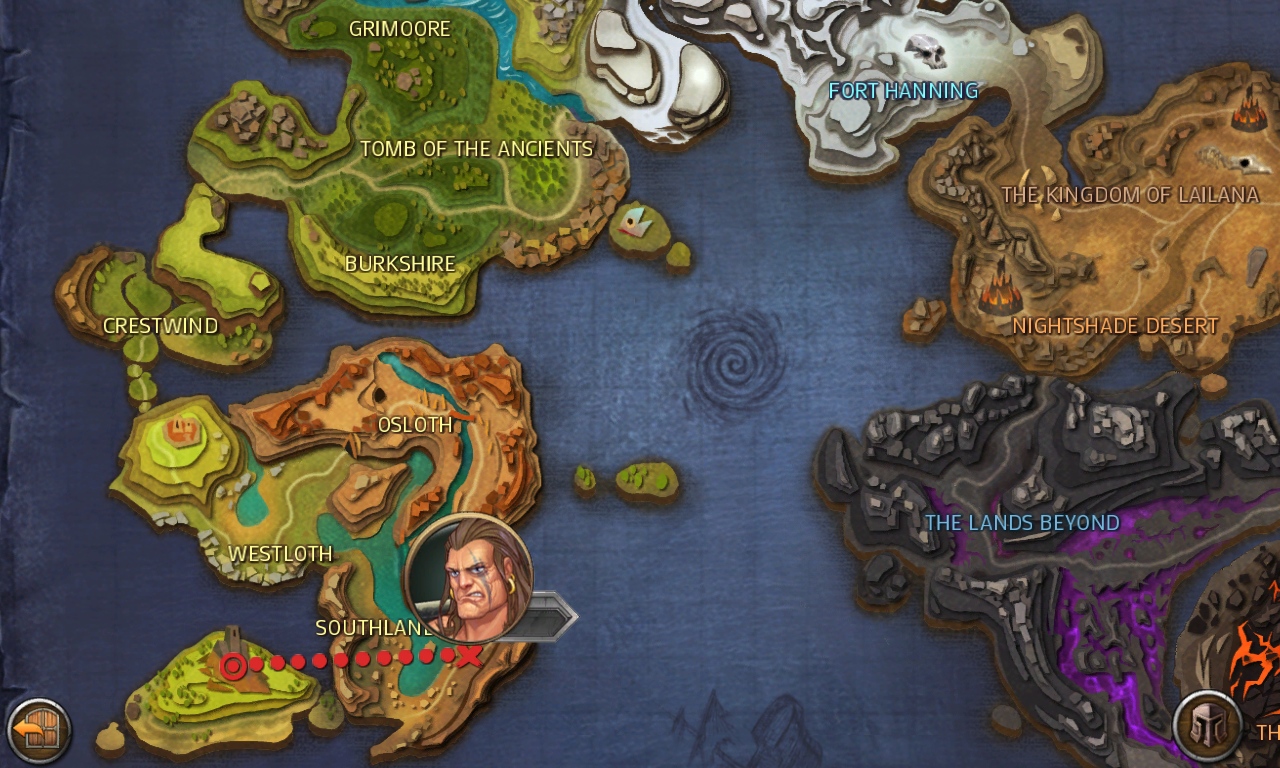 I like my games to have a challenge to them - being able to buy success as easily as you can in Kingdoms & Lords devalues the game for me.

Not that there is much need to devalue the game further in any case. There is a huge focus on the timers and the waiting in this title, so much so that Gameloft have managed to suck out all the fun from a promising RPG engine. Unlike other freemium RPG games (such as Rule the Kingdom), Kindoms & Lords simply isn't fun. The spark is missing.

Freemum games work when you can embrace the situation you are placed in, and a title provides enough variety and challenge to put off that moment of realisation that it's not really worth the time you are spending on the game. Kingdoms & Lords doesn't work, the elements that you can pay to clear are too in your face, and the progression of tasks and combat are far too simplistic to feel like anything other than 'something to do before you have to give Gameloft your money.' 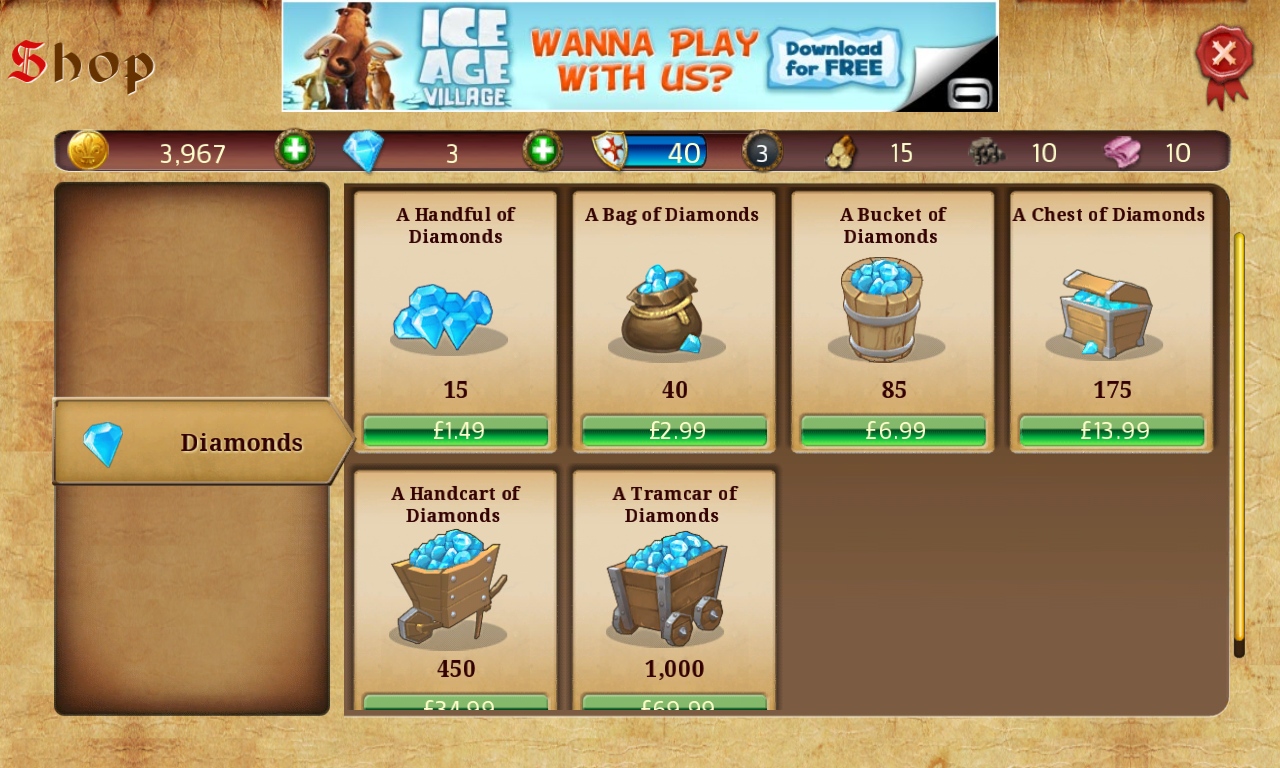 There's not a lot of originality on show here, just a rather blatant grab for your wallet. My heart is heavy that the leading game releases on the platform are resorting to tactics like this to bring the money in. There are better ways to implement freemium than Gameloft's cynical take on show with Kingdoms & Lords. Support those titles, not this one.