Sometimes you just have to seize the moment. After our review of Angry Birds Go (which liked the basic idea and implementation of the game, but noted the sheer destructive power of the freemium options), the developer of Poppy Kart got in touch with the AAWP team to point out an alternative. And very nice it is too. 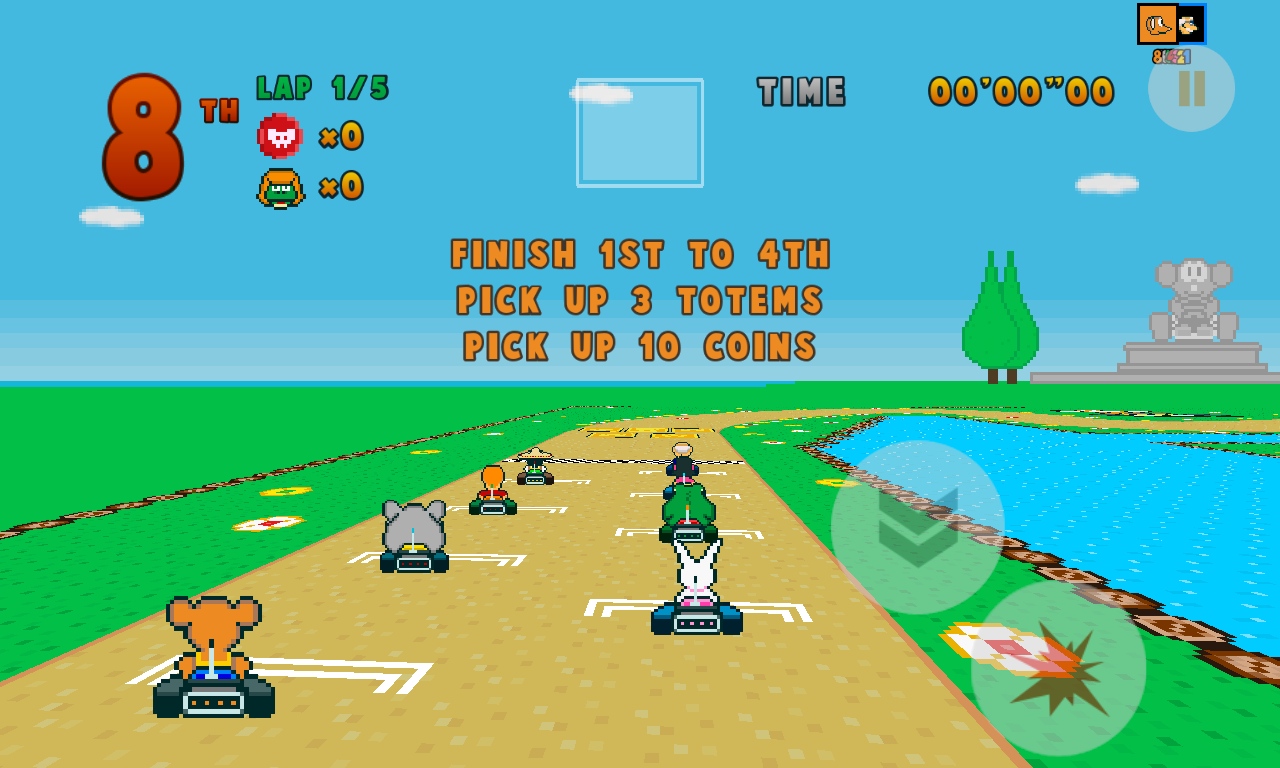 If you're looking for your Kart game to feel just a little bit retro, then Poppy Kart is going to be right up your street. With sprite based graphics, a clear horizon that has a touch of parallax scrolling in the background, and deliberately pixellated graphics representing the karts, there's more than a nod to the SNES version of Mario Kart. There's even an ongoing plot thread through the various races explaining why you are racing (it's to find a girl - Froggy the Runaway).

Poppy Kart provides four different forms of controls for your kart, to choose from. One of them uses the accelerometers on your handset as the steering input, and this is probably the easiest to use. Your kart is set to automatically accelerate, but you have the ability to brake (which helps you set up a power slide as required) and to throw out bombs and shells you can pick up as you drive round the tracks. Three on-screen layouts for the virtual joypad are also available to choose. 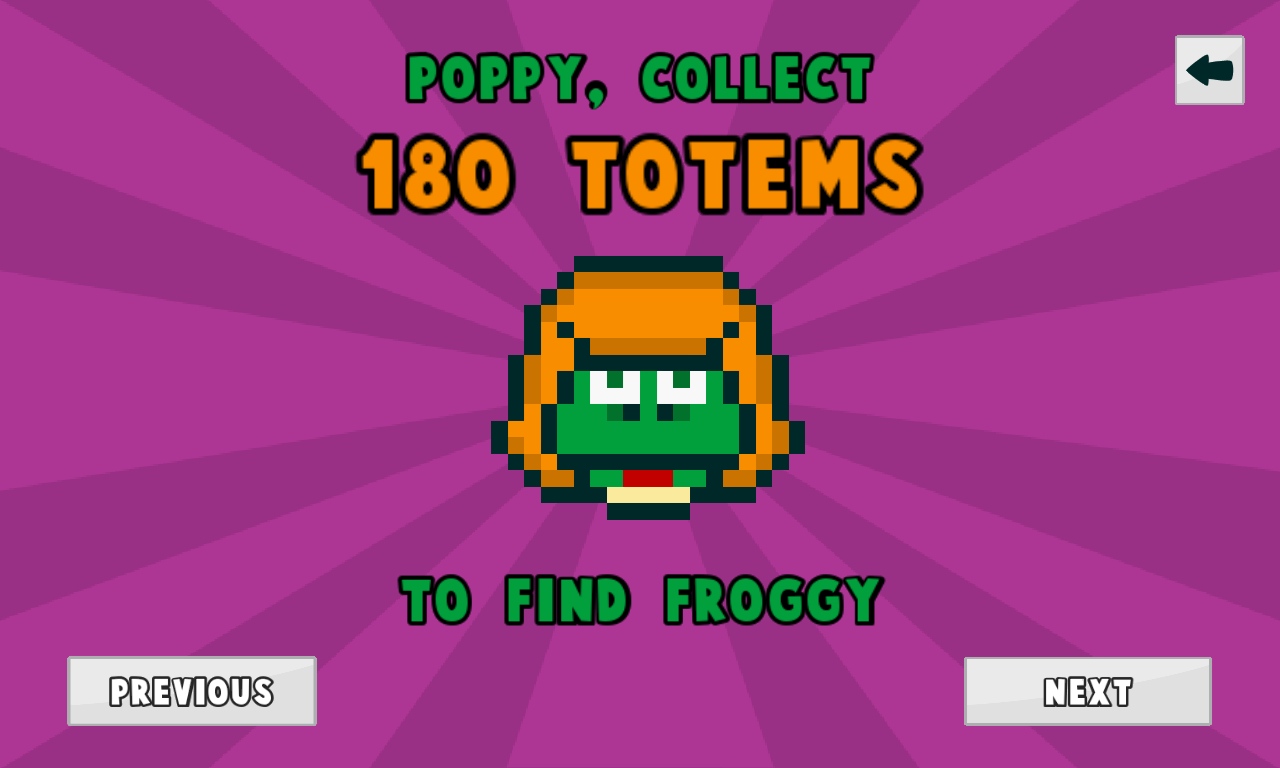 Your kart is very responsive, and your first few games will see you over-steering a lot. That's why I think the accelerometer control is your best option, as it offers a more granular control input method. Be prepared to practice a fair amount and to work at handling your kart before you take on the more intricately designed tracks.

These tracks feel faithful to the retro/classic approach of the game. After one or two relatively easy levels to get started, you'll find the tracks get narrower, with more twists and turns, jumps, and obstacles. This means accurate driving, braking and sliding to make the turns faster than your opponent is required, especially if you are going to try picking up the items on the track as well as take the fastest racing line and overtake all your opponents. This is not an easy game to master, but when you do it does feel satisfying. 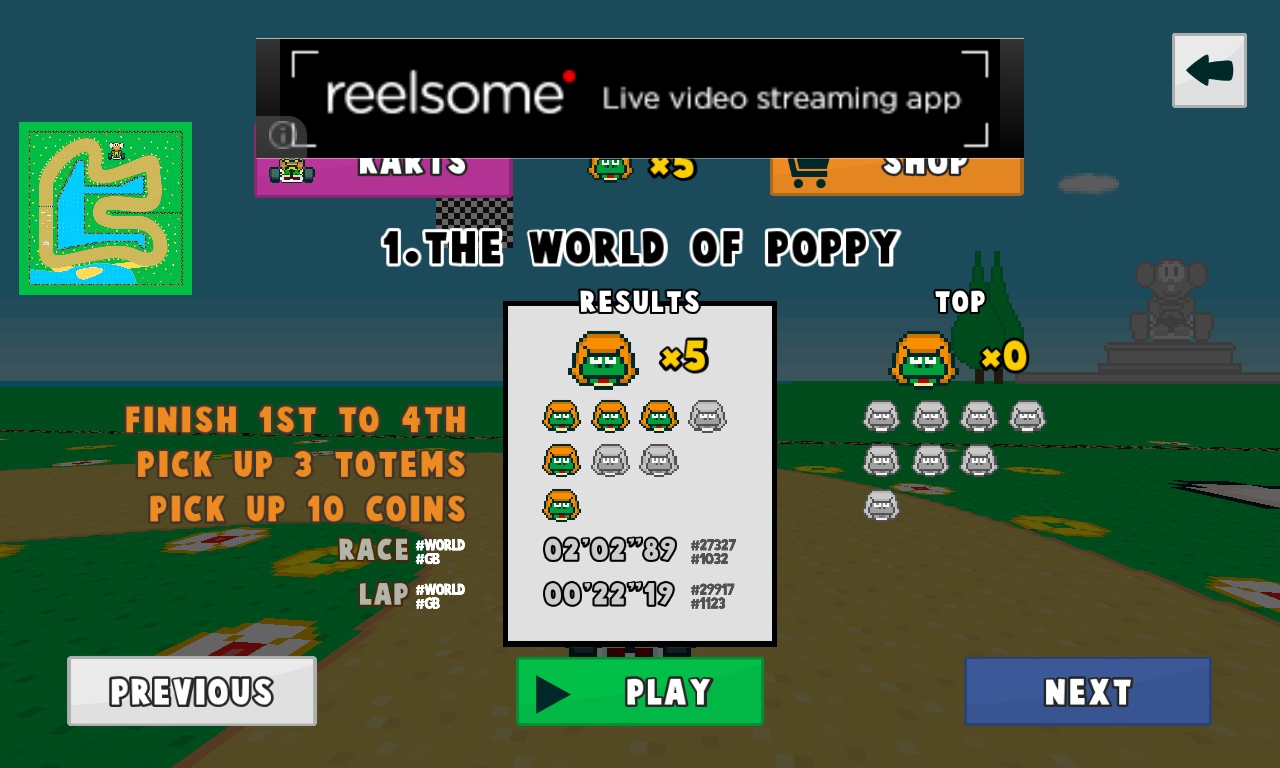 Underneath the retro gloss, Poppy Kart is a level-based game asking you to do your best and master the 29 tracks on offer (the free trial allows you to race on the first seven tracks). Unlike Angry Birds Go, the main payment is a one-off payment that opens up the rest of the tracks, allowing you to complete the game. This feels like the traditional way of selling games that was successful at the start of the 21st century. I know a few people (Steve!) still believe that we shouldn't move on from this model, and I sincerely hope that developers Webrox have enough success with this title that they make back their development costs and can continue developing game for mobile, because they clearly have a handle on how to code a good game and set the learning curve to provide a notable level of challenge.

Let's be fair, there's nothing really new on offer in Poppy Kart. it ticks all the boxes of items you'd expect, but it doesn't add anything new. The gameplay delivers everything you would expect and no more. While it all works, and it's relatively  engaging, there is nothing that makes Poppy Kart a must-have. 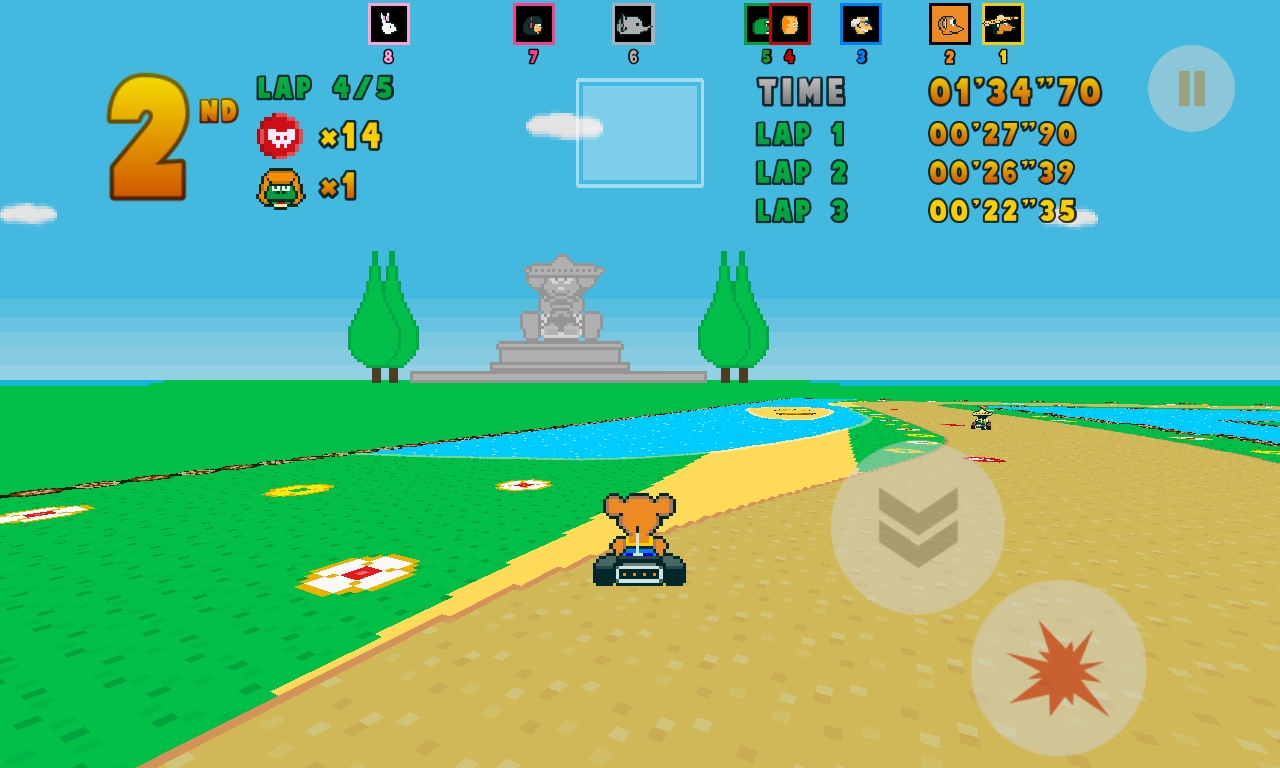 But I worry that competent, but not stunning, titles in the 'B-Grade' of apps, which I feel is where Poppy Kart belongs, are no longer a profitable endeavour for developers. With so much choice and diversity in the app stores (even in the Windows Phone Store with 'just' 200,000 entries) a title that delivers competency and no more is going to struggle to stand out.

I'm old school, and that means that Poppy Kart has a certain appeal for me, and I would definitely recommend the older gamers take a look at the title - but a quick check around some younger gamers and the retro look that serves it so well for the older gamer becomes a hindrance. Much as we all loved the original Mario Kart, karting games and expectations have moved on.