The Lumia 1020 makes a great Windows Phone flagship but there's arguably one major feature left out - Qi wireless charging, as featured in the Lumia 920 over a year ago. The Qi coils add about a millimetre to a phone design, which is presumably why they were omitted on the 1020, but as I've enthused before, wireless charging utterly transforms the way I use my smartphone, which is why I was very glad to get my hands on the official 'Wireless Charging Shell' and bring my 1020 well and truly into 2014.

From my earlier DT-900 review:

Living in the future then, and the more devices support Qi wireless charging the better. Multiple pads around your home and car, perhaps, multiple devices, and not a fiddly microUSB cable to be seen anywhere? Sounds fairly idyllic.

Although Nokia decided not to include Qi charging coils into the Lumia 925 and 1020 for reasons of design and thickness, the tell tale pair of charging contacts on each phone's rear show that such functionality hasn't been totally forgotten. In this case, the official (black) Wireless Charging shell for the Lumia 1020 is just £16 on Amazon (the yellow one is a little more), though prices may vary according to market and season: 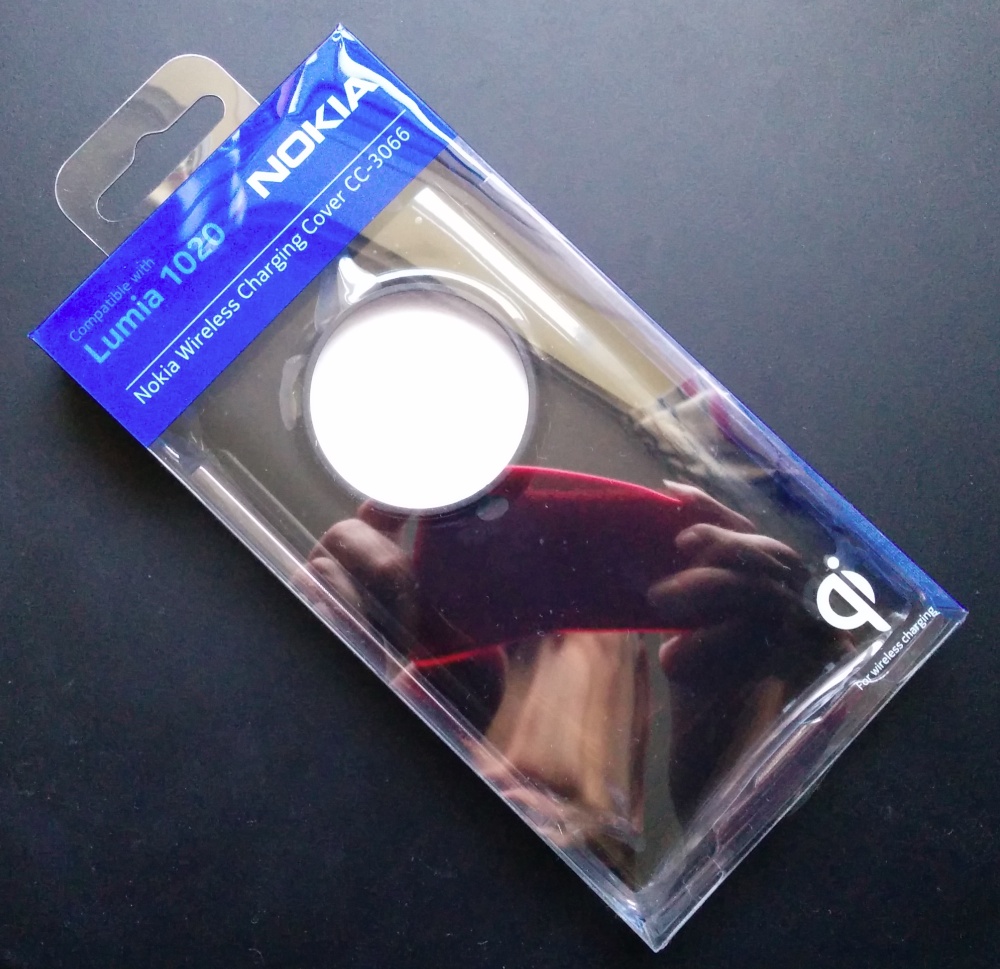 Immacuately presented from Nokia, as usual, the case also has scratch-protecting plastic covering its outer surface - a nice touch. Also nice to see the "Qi" logo on the front of the packaging.

The retaining clips in the four corners look flimsy but are in fact quite strong - the Lumia 1020 is made more stable in the case by the locating of the camera island in the moulded cut out. Apart from (in my case) the colour contrast between yellow and black it's easy to forget that the wireless charging case is in place. 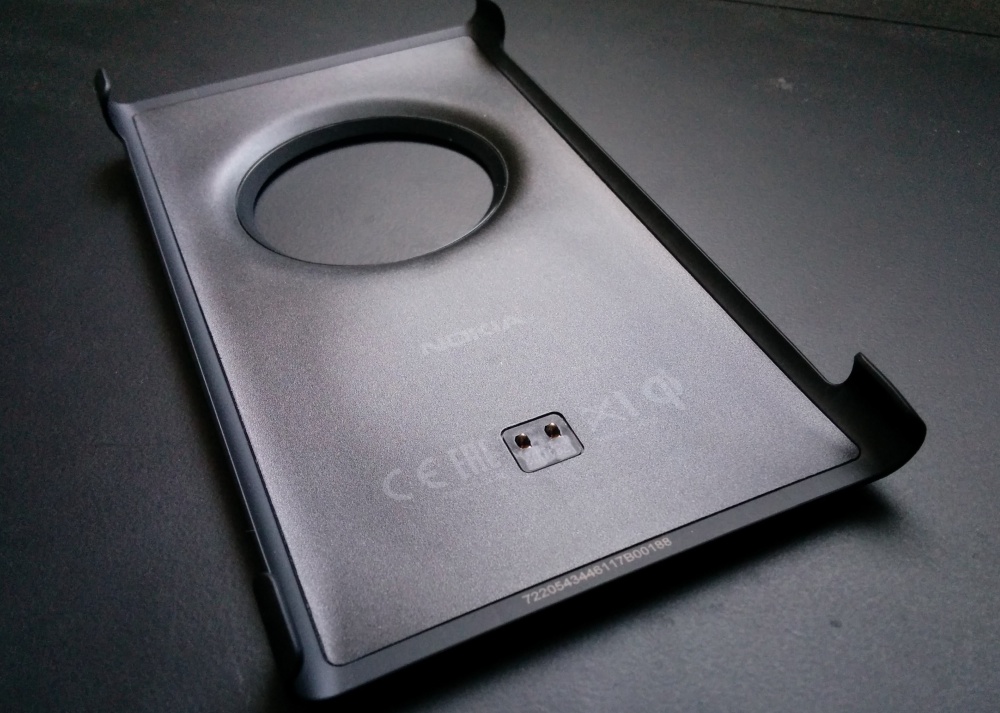 The charging coils are embedded within the CC-3066, out of sight, but the sprung gold contacts protrude in the right place to mate up with the gold charging points on the back of every Lumia 920. Relying on mechanical contact here seems a little old-school, but in practice there's easily enough pressure here to make the connection and in addition, you're unlikely to keep removing and re-applying the case, so there's not going to be much wear and tear, or opportunity for dust and grime to get in the way.

Why did I get the black CC-3066 rather than the matching yellow one for my phone? Ah, there's a story here.

The yellow 1020 with its huge black camera island is both instantly recognisable and somewhat intimidating for subjects, I've found. It screams "Hi-def photo incoming, so look your best" and people then put on artificial expressions or shrink away from being snapped altogether.

With the black CC-3066 in place, the phone's rear is then all black and there's little clue about the power of the camera being employed. As a result, potential subjects are more natural and the thought, presumably, is "Oh, I'm being snapped by a normal camera phone, I needn't worry too much because the result will be a blurry mess." Of course, a second later after the Xenon flash has flooded the room, they realise that they've been duped, but by then you've got the shot, so....(!)

The moulding in the CC-3066 around the camera island in the Lumia 1020 is raised slightly around it, somewhat unnecessarily, adding another 1mm to the device's maximum thickness. Perhaps Nokia felt that the extra depth would provide extra camera island protection? 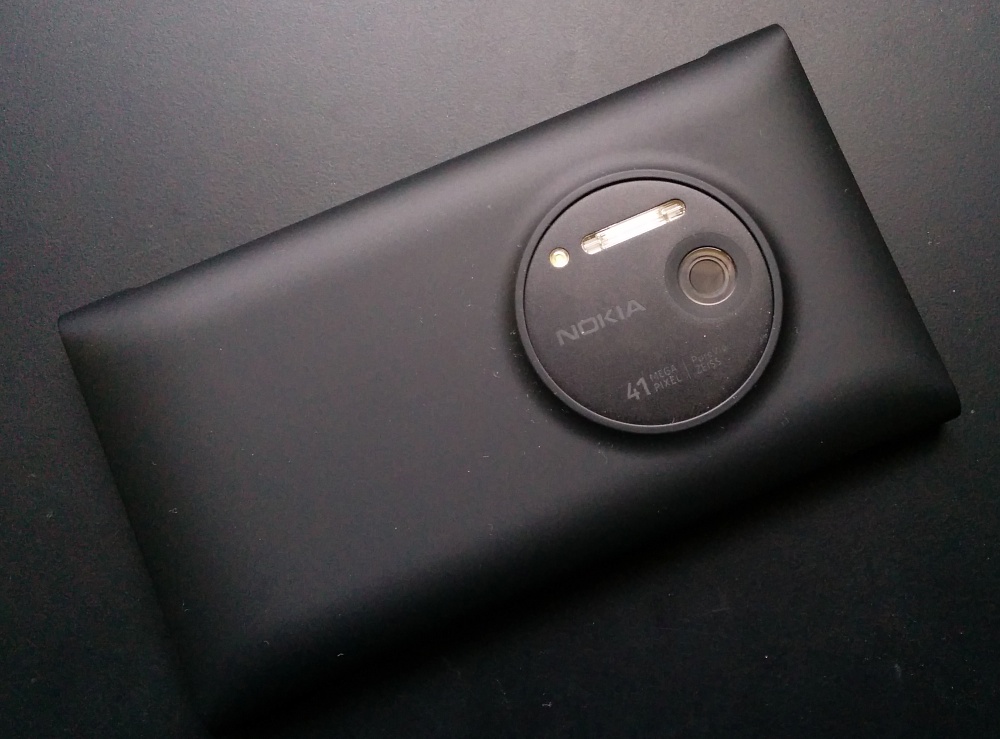 In the hand, the case corner clips keep well out of the way. If anything, the Lumia 1020 is more manageable in the hand, because there's less of a protruding camera island to get in the way of your fingers.

There is a thickness penalty, of course. With the CC-3066 in place, the main body of the Lumia 1020 is 2mm thicker, at 12mm, as opposed to 10mm without the shell on. Given that the coils are around 1mm, you could argue that it would have been more efficient to build them in as part of the original design, but don't get me started on that debate....

What's important is that the 1020 doesn't feel any thicker in the hand. Which is quite a design feat.... 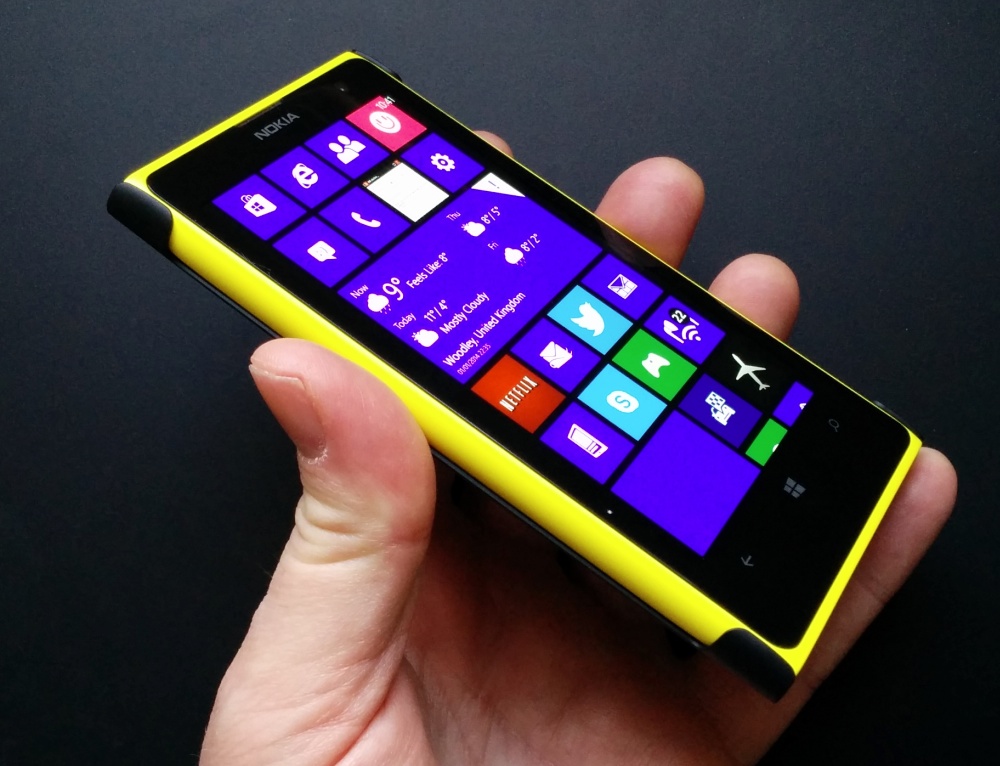 You can see the new side profile here - the prominence of the camera 'hump' is much reduced, but it's still there:

In use, wireless charging works as advertised in the same way as for the Lumia 920 as detailed in the original DT-900 review. In other words, charging times are increased by up to 50%, but then the workflow for the charging process is totally different. Very few people will be bothered to physically plug their phone in to charge more than once or twice a day, whereas it's so trivial to place the phone on the pad that most Qi-enabled smartphones can be effectively topped up a dozen times a day, so actual charging times and efficiencies aren't really relevant.

Yes, I was gutted that the Lumia 1020 didn't have a replaceable battery. Yes, I was disappointed that it didn't have Qi wireless charging either. But I'm consoled by the existence (and design) of the CC-3066 - my camera phone flagship will now be topped up and ready to go every single time I pick it up from my office or bedroom.