Tower defense games are rather popular on smartphones. There's a lot of room to innovate new ideas, or to implement the classic ideas very well. Zero Defense focuses entirely on the latter angle, and this title shows that you can put together a great game by covering all the bases and not adding in anything stupid. This is tower defense as you would expect it, but done with enough style and passion to make it enjoyable.

Published by Berlox, Zero Defense does not take the genre of the tower defense game and challenge any boundaries of the gameplay. You have the clear path that the enemy will traverse, you have your grid-like layout where you can place towers to defend your base at the end of the path, you can upgrade the towers through money earned in the game, and if you let ten enemies through then it's game over. 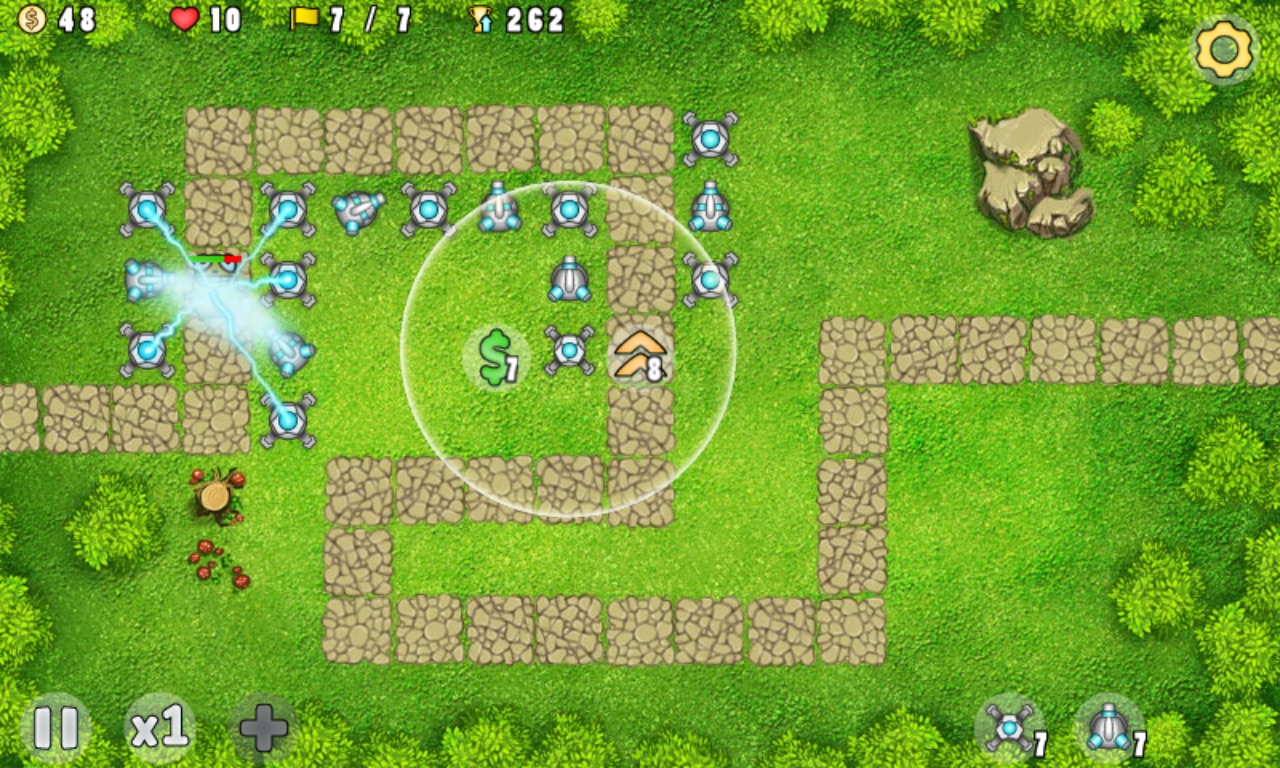 Where Zero Defense does do well is in the presentation of the app and its cost. This is not a freeware title, it's a more traditional trial version followed by a £1.29/$1.99 full price version, which removes the advertising banner from the game. You actually have the full game in the trial mode, so you are simply paying to clear the in-app advertising. I think that any gamer who does invest any time in the game will be happy to do that and support the developer, because Zero Defense has the difficulty curve, the UI, and the clear graphics in the face of combat, all balanced very well.

It's not quite the perfect game though. While the graphics are initially clear to see and differentiate, with lots of primary colours shaded well to give the illusion of depth, some of the weapons are very 'messy' when it comes to their visual effect. This can cloud the view of the combat zone. The freeze ray towers are essentially giant CO2 sprays, and the white vapour lingers over the enemy so you have no idea what's going on, apart from the fact that the cannons and other offensive towers are still targeting correctly and there is the occasional explosion.

Call it the fog of war, though, and you have a game feature. 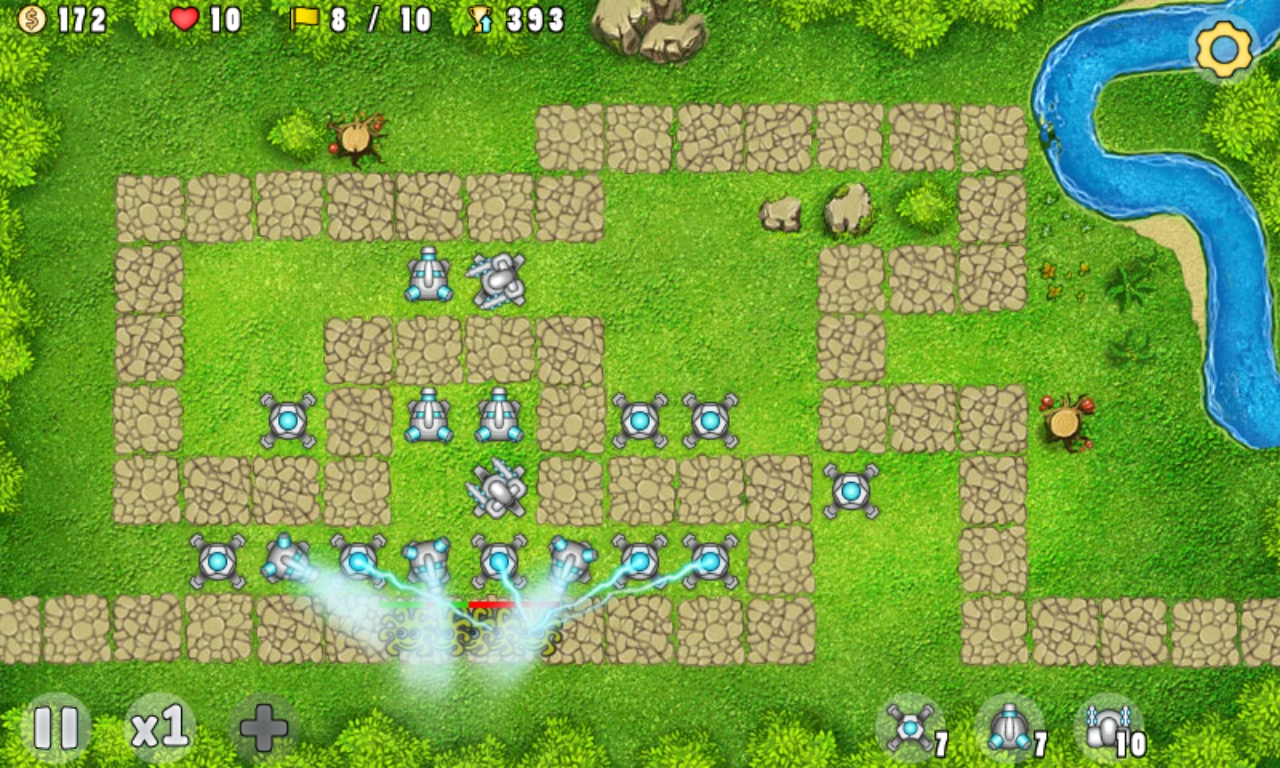 This is not a huge deal, and in part it lends to the charm of Zero Defense. It works as part of the game, and you can still see your own towers and how strong they are. It's just an interesting design decision.

As with any tower defense game, your towers have varying abilities and capabilities. Some are only capable against targets in the air, others are purely there to modify behaviour (increase weapon strength, slow down the enemy, that sort of modifier), while others target the enemy as the run/stroll/amble along the fixed path.

As you destroy the enemies, you earn money which can be spent on building more towers, or improving the towers you currently have on the ground. Each tower has three levels of firepower, naturally starting out on the lowest. You can tap on a tower to pay for the next level. If you're maxxed out, this option will be greyed out. The other option is to sell a tower for some money, but you're more likely to use this option to reclaim the space for a different tower. 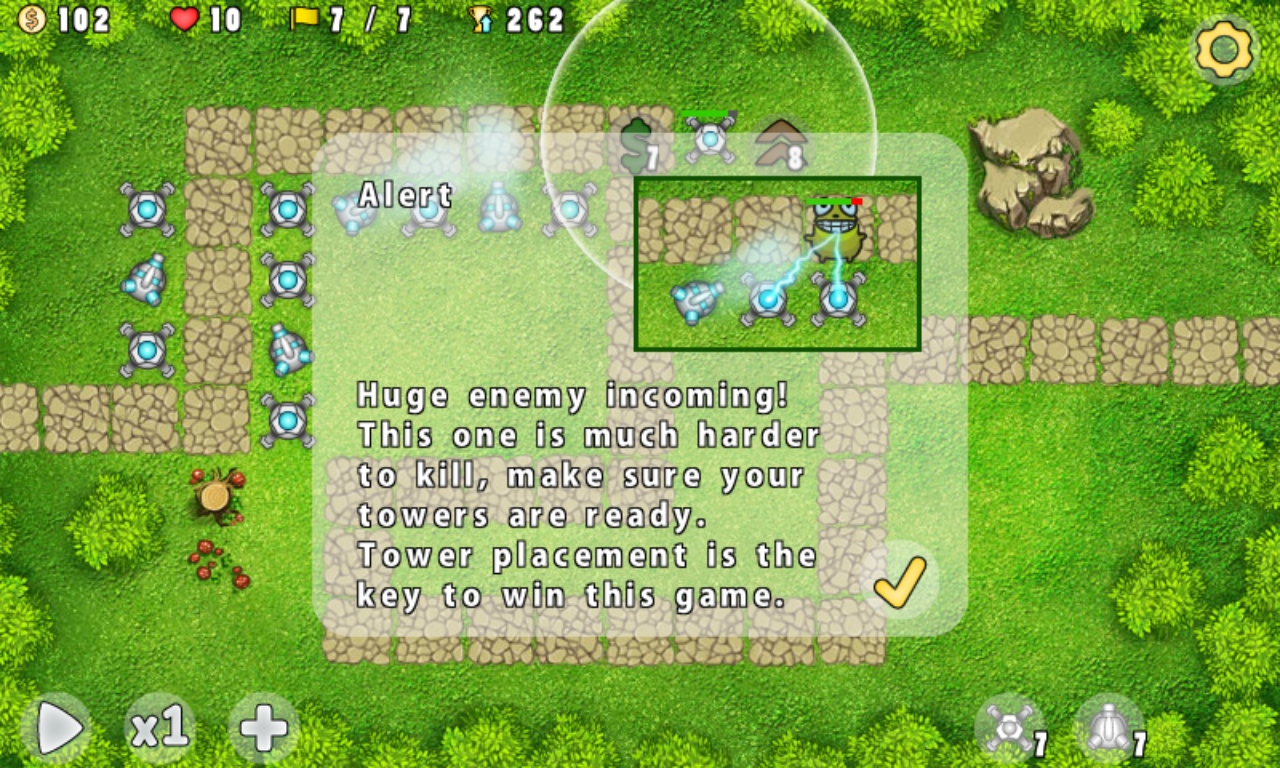 Actually, you're more likely to hit the sell button by mistake. The sell and upgrade options are shown next to each tower, exactly one grid space to the left or right... i.e. directly over another tower. In the heat of battle it's far easier to think you are selecting a tower, miss very slightly with your finger, and sell the previously selected tower. Which is frustrating because you never recoup all the money invested in a tower when you sell it. A 'fast undo' button would be very much welcome.

The upgrading of the towers is my only other area of concern. This comes back to the graphical issue, but here it's a case of the style of the graphics making it difficult to differentiate the power of a tower. When a tower is upgraded, the graphic on-screen is subtly altered, a few extra lines, and a slightly bulkier look. In some tower defense games this can be very clear (notably in Geodefense Swarm, reviewed here), but Zero Defense sacrifices some of the legibility for style. A little bit of a squint and you can see the differences on the larger screened Lumia 925 and Lumia 1020, but smaller devices such as the 520 and 620 will need you to remember more than rely on the visuals for the tower's strength.

These issues aside, Zero Defense gets it right in all the other areas. You have a good mix of enemies with some speedy, some slow, and some well armoured. Then you have the huge colossus of the 'end of level' to take out - which makes it vital to keep bolstering your towers throughout a level even if the foot soldiers are not getting past the first few towers. The learning curve and difficulty is very well pitched here, bringing in new enemies and new tower types over the first handful of levels at a pace that worked for me. 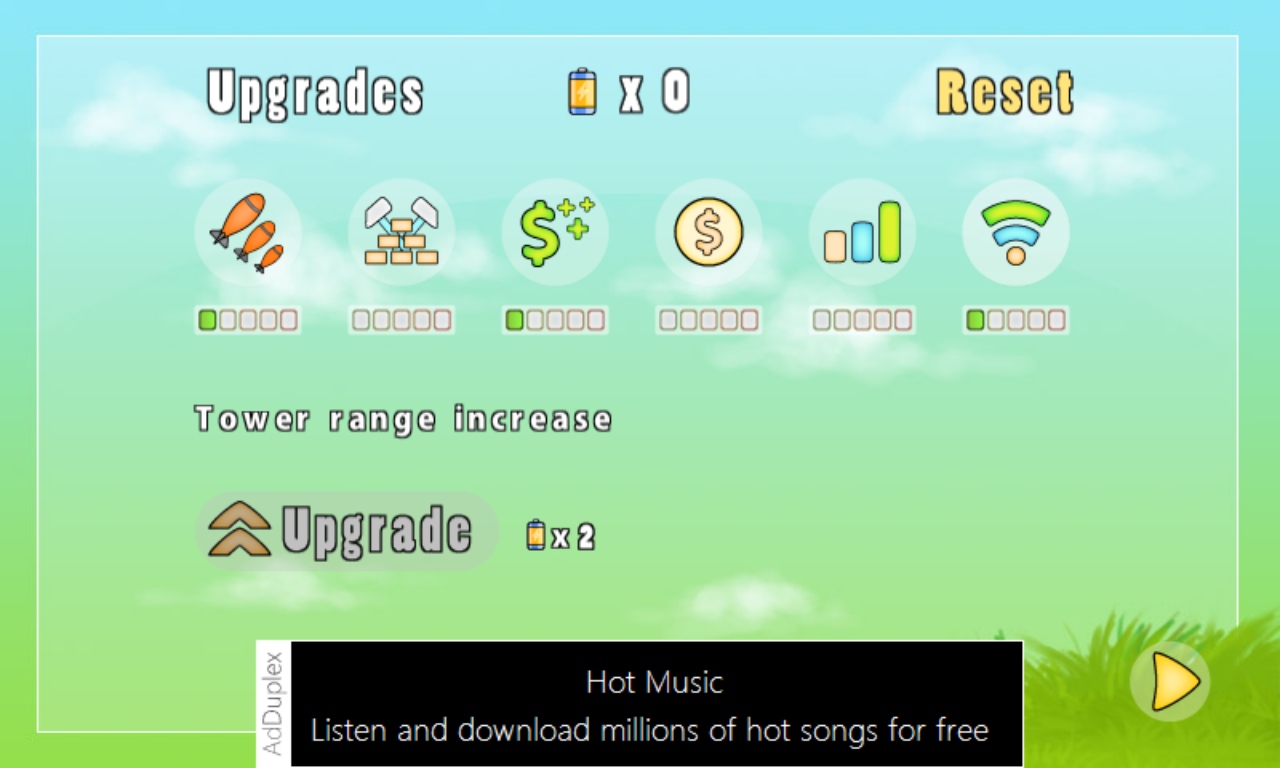 With multiple levels spread over three worlds, each with their own graphical look, bonus challenge levels where you also have to collect gems from the ground as well as defend your territories, secret levels, and a great mix of long waves of attacks coupled together with fast blitzkrieg moments, Zero Defense keeps you on your toes while playing.

I know I've spent some time on the more awkward issues, but once you get into the flow of the game they are more than compensated for by the game itself. This is a well designed title and deserves to do well. Does it do anything radically different? No, but it exceeds the expectations of the genre, and sometimes that's the biggest challenge of all.