Developed by Amanita Design, the point and click adventure that is Machinarium will ask you to guide a cast-out robot called Josef who has to rebuilt himself. Returning to the city of Machinarium,  Josef stumbles over a plot to blow up the city's central tower... right before he is captured and thrown in jail. You'll work through this plot to start with, and then the rest is up to you. 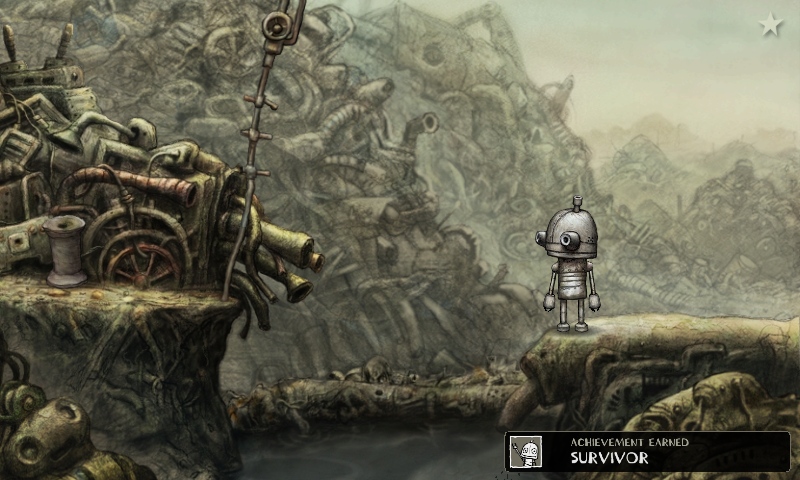 Developed by the Czech team at Amanita, the game itself has been around for close to five years, with the PC version winning multiple awards on its release back in 2009. It's slowly worked its way through various platforms, including the Playstation 3 and Vita, Android, the ill-fated BlackBerry PlayBook, and now it has arrived on Windows Phone.

Machinarium is from the golden age of point and click adventures, which means you are going to have some fascinatingly complex puzzles to solve, and a sumptuous graphical world to explore. The hand drawn backgrounds which are typical of the game have made the jump to Windows Phone. As has the difficulty. 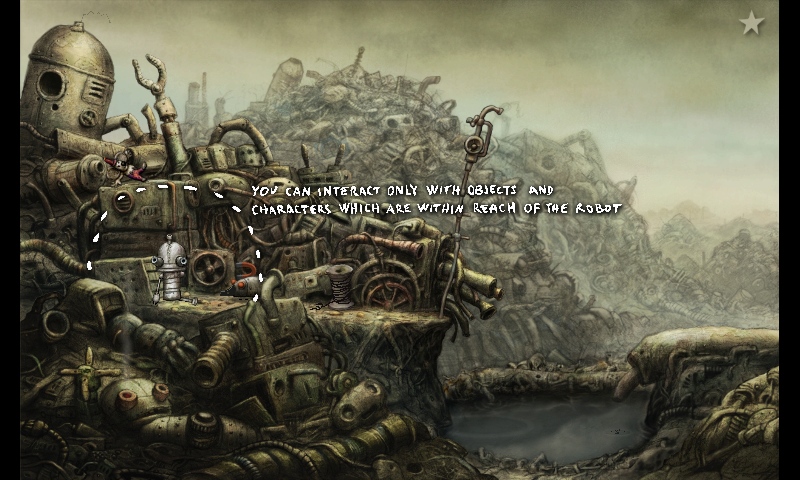 I know that, traditionally, point and click games are seen as horrendously difficult, but Machinarium racks that difficulty level even higher. Not because they are particularly hard puzzles - once they are solved, everything does feel obvious and there is a certain logic running through all the solutions. It's just that the puzzles require such a twisted view of the world, it takes time to understand what is being asked of you.

The UI is relatively simple - although you don't have a mouse to click, various finger taps on the screen will allow you to interact with your environment. Apart from the smaller titles on the menu, there are no words or speech in the game. Everything is communicated through graphics on screen, be they the lush landscapes or the hand drawn clues and cartoon picture bubbles that communicate with the player. 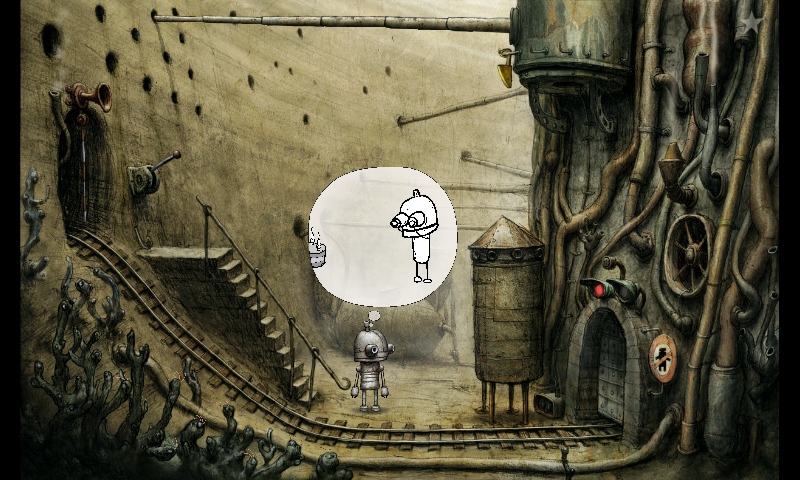 Along with the clicks you have your inventory. Tapping the on-screen star (which also brings up the menu) allows you to see what you are carrying inside your robot body. Not only can you take out these items and use them around the screen you are in, you can also combine them in the inventory to make new objects.

Two helpful things to note for players - the first is that when an item can be used in the world, it brightens up as you drag it around - this means you don't need to worry about pixel perfect placement, but rather get an item in the general area to look around and be told where exactly to drop it.

The second is that each 'screen' can be regarded as a level. Items and puzzles are not carried over into another screen, so what you see in front of you is what you have to work with - although you do have a smooth pinch to zoom feature to help you get a closer look at the artwork and landscapes. 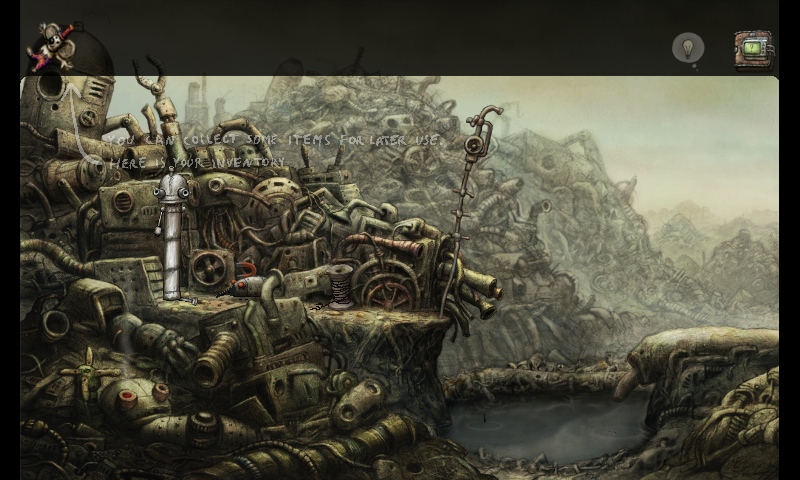 You're not left completely alone, as each level has a hand-drawn hint available from the menu that can give you some guidance as to the next step. You also have an incredibly basic space invaders shoot 'em up game you can play - if you can manage to get through the hard, boring, and unforgiving handheld LCD styled game, you'll get a walkthrough for that screen so you can proceed. It's naturally time consuming to do this, but I do appreciate that it is there, given the potential a game like this has for leading you to a mental brick wall.

At £3.49 with no trial version, I don't think this title is going to attract any casual gamers. The point and click genre can be a frustrating one for many to play. Add that frustration on top of a relatively high payment for a 'blind' download and there might be a lot of negative emotion generated around this title. 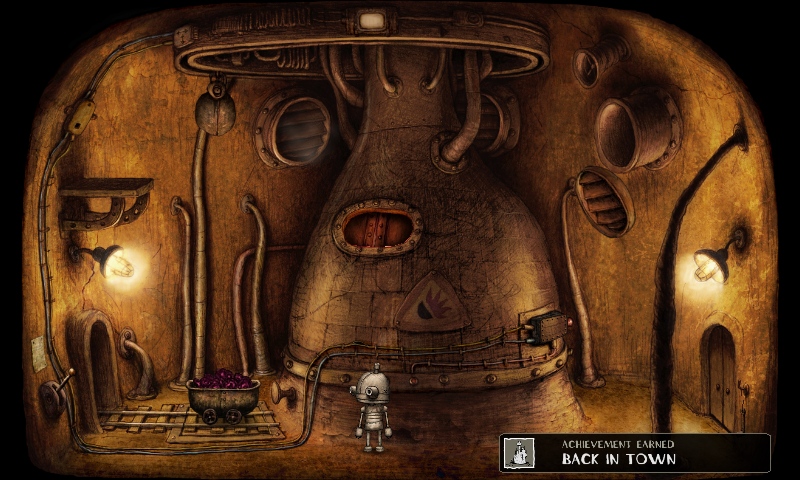 There is a classy game here, with a layered plot and fantastic graphics that deliver a real challenge. It's very much for a niche audience but I feel that unless there's a bit more promotion done around the title, and the unique circumstances of the Windows Phone marketplace are considered, Machinarium is not going to stand out or deliver a return on the developer's investment.