I have to take the word of BBC Sport here, but the English football season is approaching a thrilling end. Capturing that excitement in a computer game is not easy, although EA have managed to do just that every year - with FIFA 14 they have outdone themselves both in the excitement stakes, and in the ease of play. This is a mobile game conversion done correctly.

Of course this isn't the first FIFA game on Windows Phone. Previously EA released FIFA 13 (reviewed here on AAWP) and rather spiffy it was as well, with smart AI, clear gameplay, and controls that allowed the players to move freely, even if the controls were a relatively weak point. 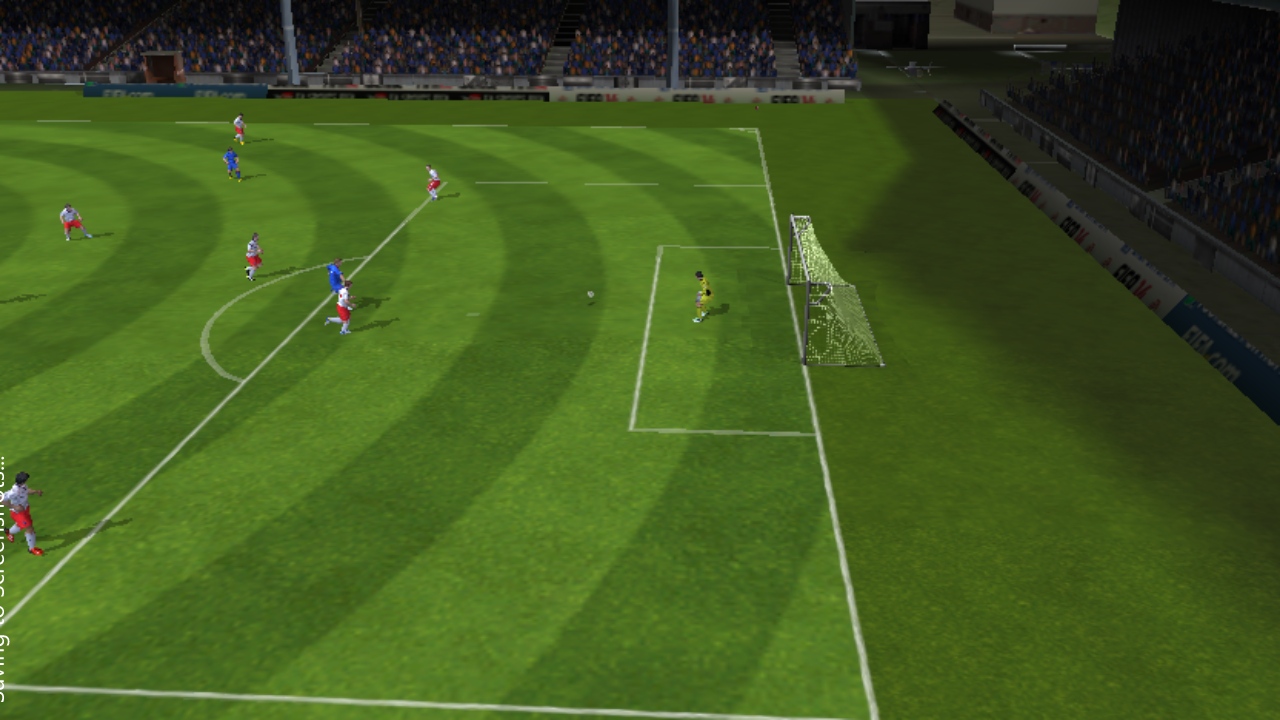 That's been addressed in FIFA 14. You can still go with the classic controls of FIFA that were implemented through a virtual joypad and buttons on the screen. Staying with the expected control is a valid option, and long-time FIFA players will feel at home.

New players to FIFA, and casual mobile players, will find that EA's designers have rethought how to control a football game on mobile, and come up with 'Touch' mode. 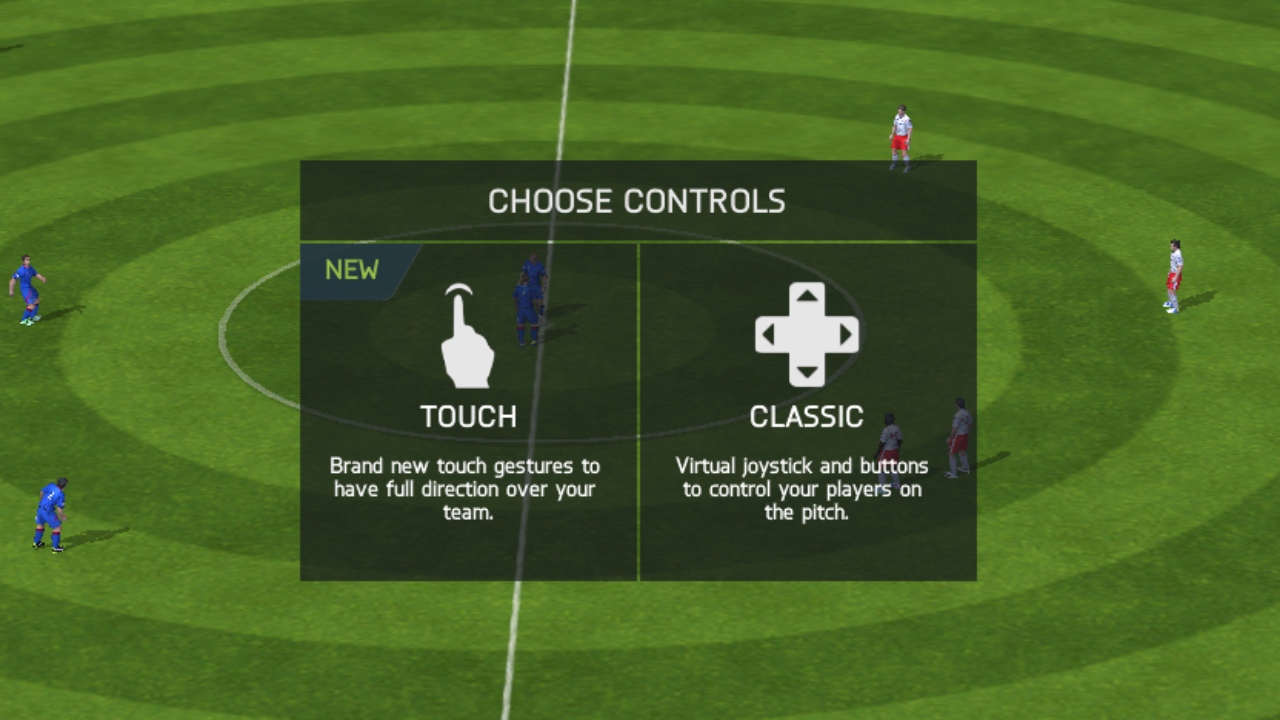 Working on a tap and swipe mode, you can signify who to pass the ball to with a tap, swipe in the direction of a shot, or hold on the screen to start a player running. When off the ball you can tap to signify a tackle on an opposing player, or a swipe to do a sliding tackle.

It's all rather wonderful, although you do have to trust the AI of the players as they move round the pitch. It's a little bit more managerial and cerebral than the all-go action of the virtual d-pad controller, but I think I prefer the former. No longer is it all about reactions and being able to work a controller with no haptic feedback, it's about the planning, the strategy, and the movement of the players. It's about moving the ball into spaces and probing the opponents' defences. I can think about all those things now, not 'is my thumb in the right place?' 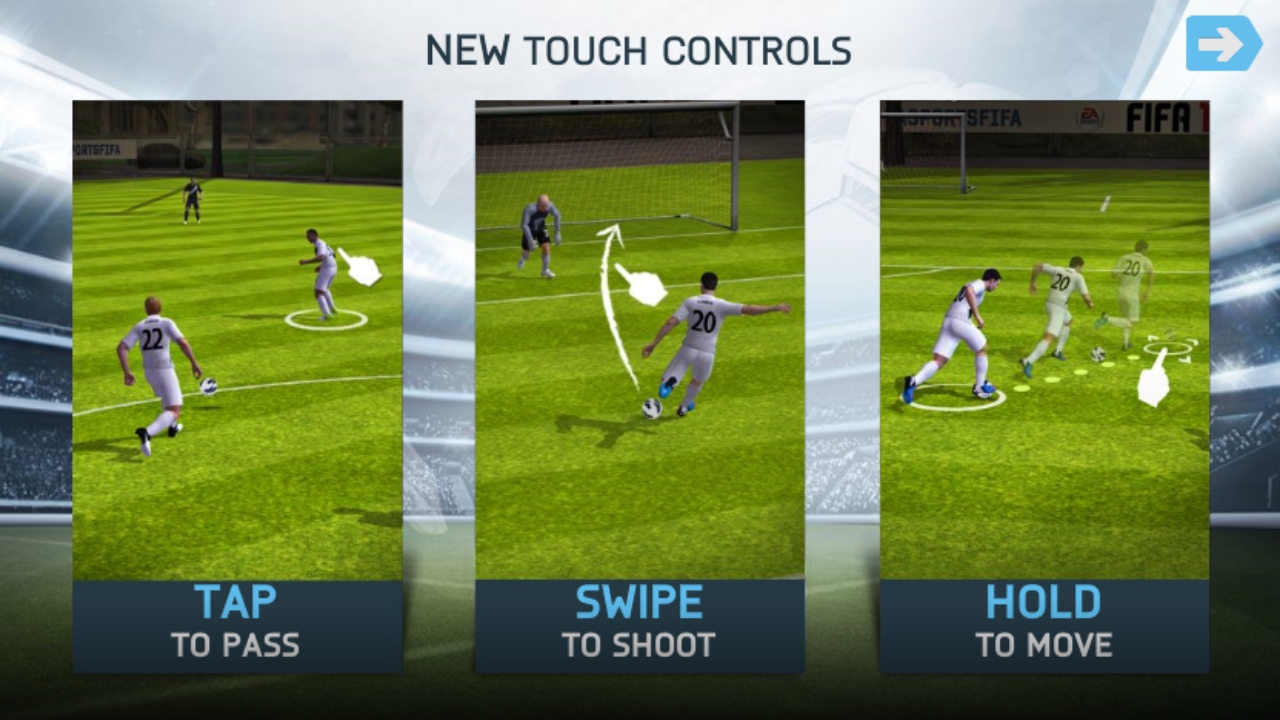 It also takes my thumbs away from the screen, allowing more of the game to be seen.

There are more tricks you can do that you'll discover as you play - thanks to the built in tips system. For example, the first chance you have of a 'chip shot' on goal will see the play freeze, and the path of the ball (and your finger) animated on the screen. It's a good way to not overwhelm you as you start to play, but not hide any of the functionality as you progress at your own pace.

I found that playing FIFA 14 was very relaxing experience. Yes, there was pressure to play a good game, but there were no interruptions from the UI or moments of dissonance while trying to control my team. This is a huge improvement over the virtual pad, and congratulations to EA on making a mobile control system for a mobile game.

And then we come to paying for the game. EA is not releasing this for free to be charitable, they want to make a profit. Rather than the traditional route of charging you when you first download the app, FIFA 14 implements a freemium model for one of the game modes.

While you still have the classic style of play, with instant match up games, manager mode, and various tournaments to enter, EA is pushing the 'Ultimate Team' mode. In here, you choose a single team to captain (no I'm not sure who some of them are, either), and you are given a team of players to start with. As you play through with your team, you will earn points and coins that can be spent on improving your team through new players or modifiers that improve their performance. 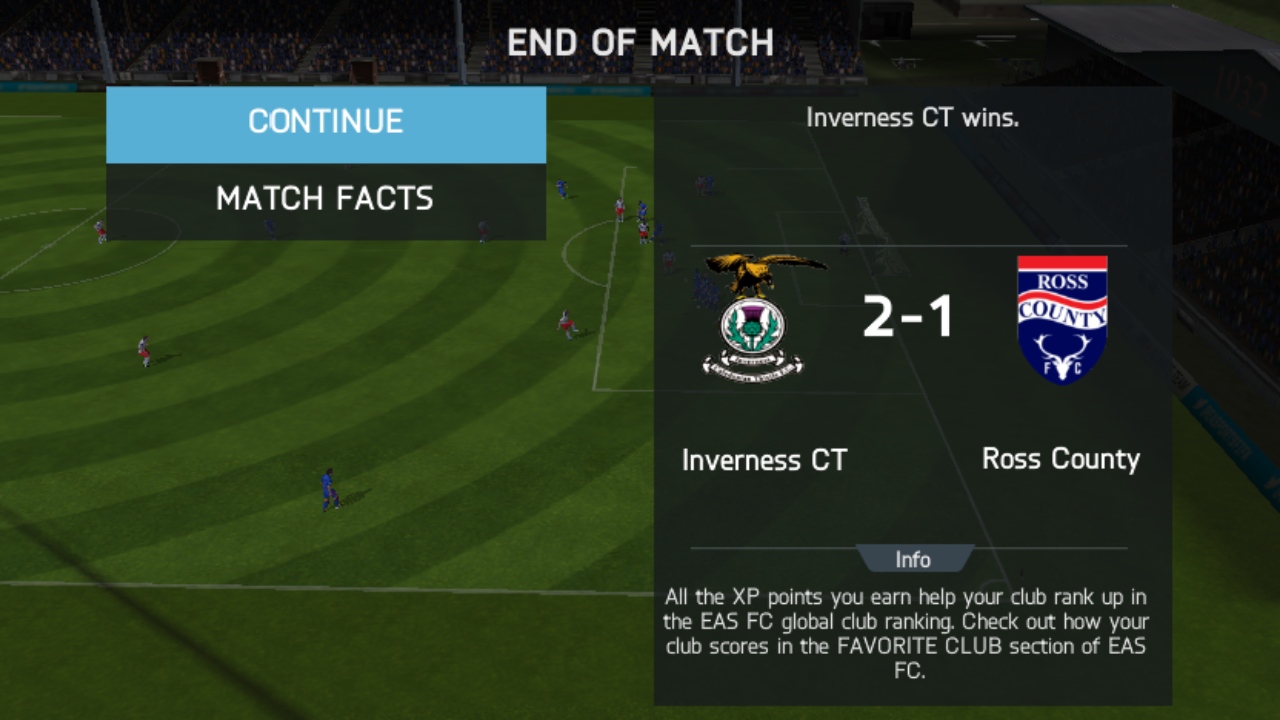 It's a nice twist to the standard approach to a football game, turning the FIFA game into a mix of grinding RPG and management as well as arcade gaming and tactical play. Naturally, if you want to boost your pool of coins, the freemium mechanic kicks in and you buy your way to more boosters. What's great about this is that it does not automatically make the game easier to beat. You still have to play a smart game of football, you still need to manage these resources, and while it is helpful to spend tens of pounds to improve your team, isn't that exactly like the real world of football clubs?

Unlike other EA freemium games, FIFA 14 finds a nice balance between the free players and the paying whales. 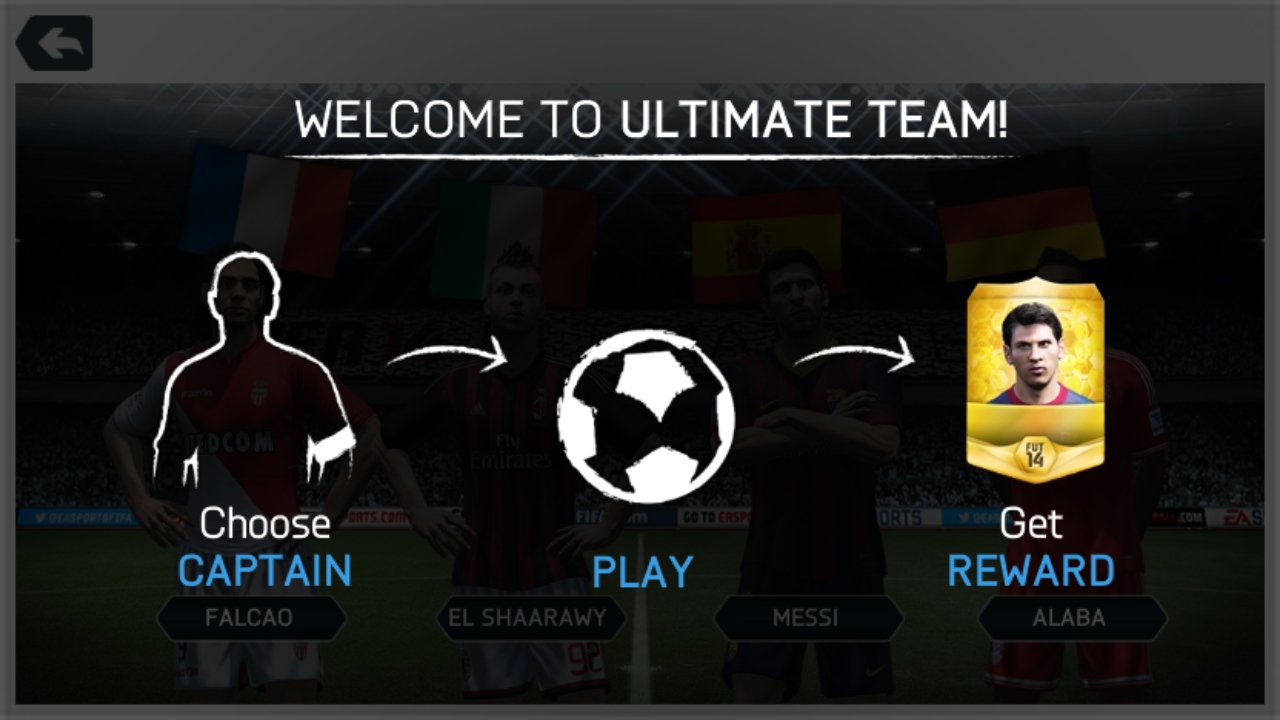 FIFA 14 is a stunning game on Windows Phone. Given the fluid graphics, cut-scene animations during play, and all the calculations going on to create a realistic portrayal of 22 grown men chasing a faux-leather ball around a field (plus the ref! - Ed), it needs a fair amount of space. You'll need to be on a phone with 1GB of RAM, and around 3GB of space to allow all the code to be successfully installed. Unfortunately, you are not going to be running this on the budget handsets.

Certainly if you are wanting to demo what Windows Phone can do, FIFA 14 is a really good game to do so - especially on the larger screened 1520 and 1320 handsets. I'm not a huge fan of this sporting series, but every time I start reviewing a FIFA game, no matter the platform, I find myself drawn in by the balanced game play, wonderful visuals, and perfectly executed difficulty curve.

Congrats EA, FIFA 14 is a definite recommendation from me.