The concept of a portable power bank/emergency charger isn't new, of course, especially in these days of smartphones with sealed batteries, for which the only emergency option is usually to plug something in via microUSB. The Lumsing 10400mAh option is new and reviewed here - build quality is excellent and - I contend - the value for money utterly unrivalled. 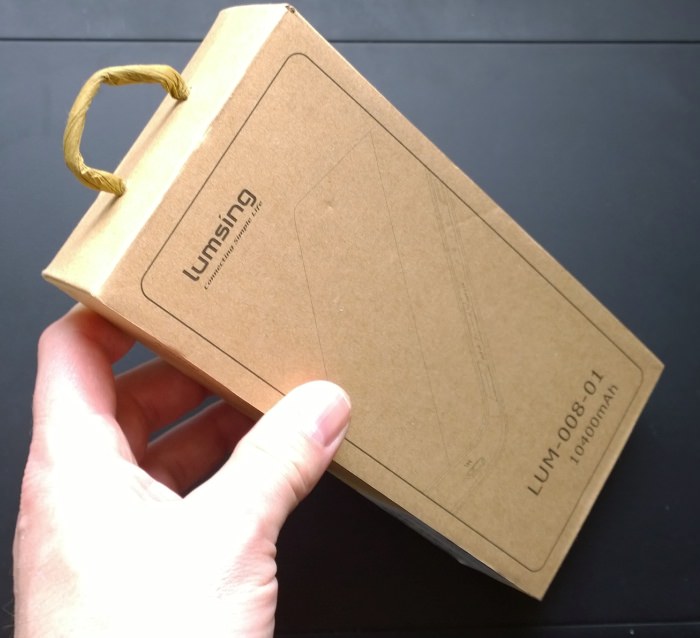 The unit reviewed is this black one, on Amazon UK, currently retailing at £17.99, though there's also a white option as well. Build quality is tremendous, though the brushed aluminium effect for the fascia is actually just that, an effect, with the whole unit being plastic. It's very solid though, with no creaks or worries, and the visual contrast of the gloss body and the mock-aluminium is striking. 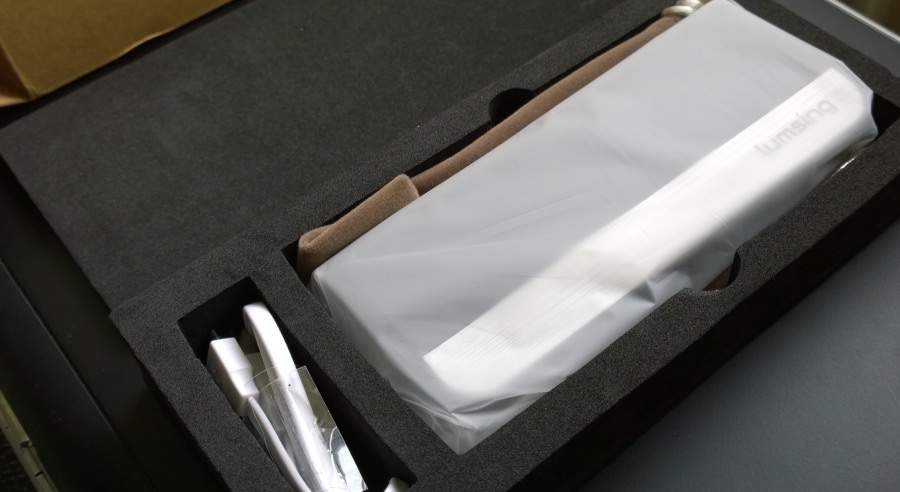 On the left is a standard microUSB port for charging the Lumsing unit, a process which is best done overnight, since there's 10400mAh of cells inside to charge up, which will take a while on a typical smartphone wall charger - best not to do this on a laptop USB connection, since it will take around a day!

There's no wall charger supplied with the Lumsing, which seems fair enough, given the price point, but it does mean that actual recharging times will vary hugely depending on your cable and charger. 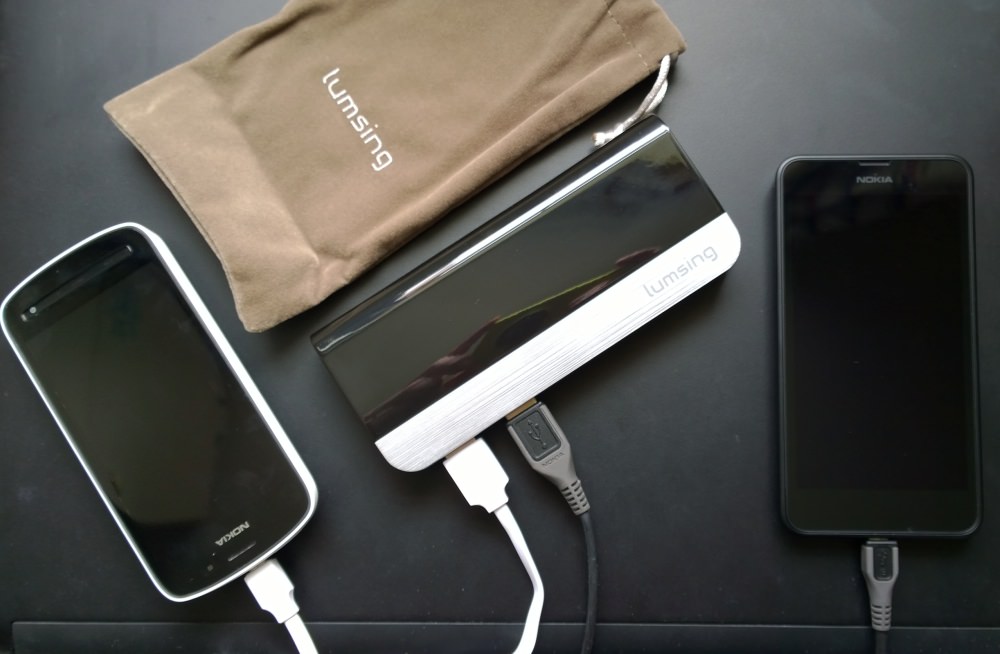 Supplied with the power bank is a white USB to microUSB cable, which can be used for the aforementioned recharging, or to dispense charge via either of the two outputs (labelled 1A and 2.1A, the latter nominally for a tablet). Interestingly, it seems as if you can both recharge and charge at the same time, i.e. you can have the Lumsing 10400 mAh bank plugged into the wall, being topped up, while simultaneously charging two phones via two other cables. Then, when you want to head out, you grab just the Lumsing and one cable, etc.

I only had one issue when testing - one of my Nokias (a Lumia 630) complained at one point that a non-original charger was being used and that charging might be 'slower'. I doubt that, since it was hooked into the 2.1A output at the time, but you know how manufacturers can be about insisting on original equipment... In every other case, my test devices loved the power bank.

A (now) standard set of LEDs are used to indicate approximate charge, in increments of 25%, plus these animate when recharging - the only button is used to activate the LEDs and to start charging if none is already happening.

The usual capacity/efficiency caveats apply, of course. As with any emergency charger, you won't actually get 10400mAh - you'll get around 75% of this in terms of actual transferred charge to another device - with the difference mainly being heat lost along the way, in the cable and (mainly) in the two batteries (source and destination).

Still, the capabilty to add 7500mAh to various devices means that this accessory can fully recharge (from empty) a Galaxy Note 3 and a Nokia Lumia 1520 and probably enough over to recharge a Nokia 808 fully as well. Or, in a less geeky scenario, to fully recharge your smartphone (say, a Nokia Lumia 920) around three or four times.

The unique selling point here, other than the slightly unconventional 'USB hub' look, is the value for money, being higher capacity and at lower price than anything else I've seen on the market. The worry is that corners have been cut in terms of quality, though the high standard of materials used tend to assuage that fear. Of course, it will take months of useage before any long term verdict can be arrived at, but it looks good so far.

The black unit is here, the white one is here. Both are supplied in a 'recycled cardboard' box, with a drawstring velvet bag and the aforementioned white charge cable.