As a Windows Phone enthusiast, you may be always on the look out for a game title that can really show off what your device can do - Formula Force Racing may be just the ticket, and it's a pretty good arcade racer too. Just don't expect realism or any kind of serious racing line strategy around each circuit.... 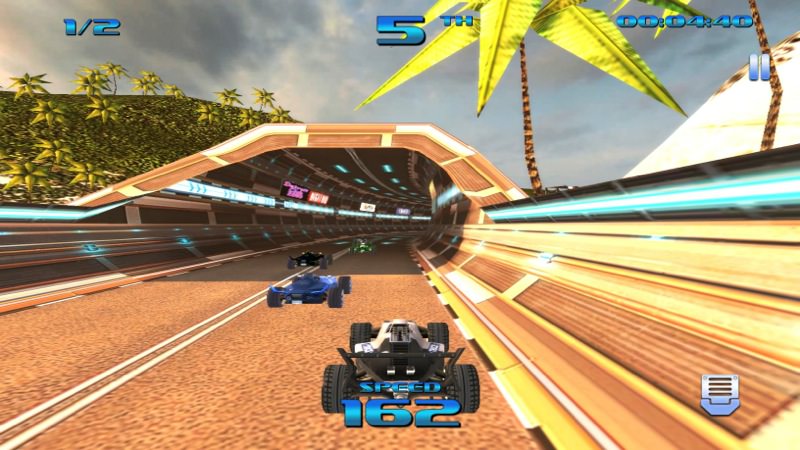 There are many schools of thought when it comes to motor racing games, of course. At one extreme is ultra-realistic simulations, with just what you'd have in a real car and nothing else - at the other end, you have simplified physics, powerups and even weapons with which to destroy other vehicles. 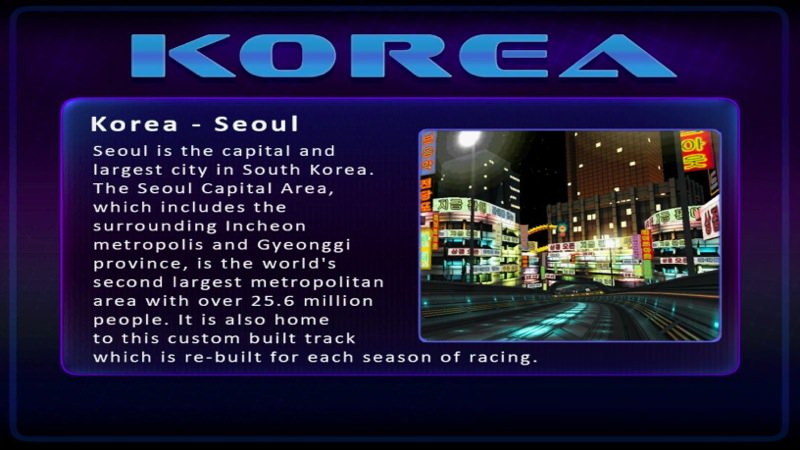 Formula Force Racing sits somewhere in the middle, with a smidgeon of realistic physics, beautifully drawn environments that give the feel of real circuits without ever actually attempting to match real corners or features, and the facility to actively bash other drivers off the circuit if you feel inclined. 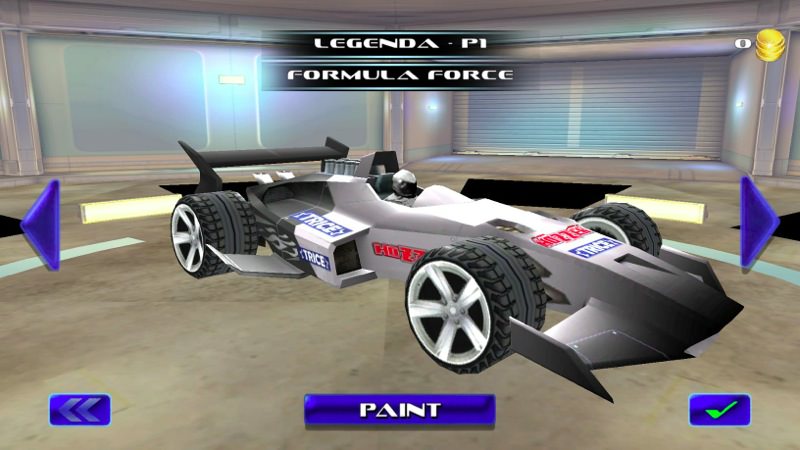 Ah yes, I wanted to get to the best car immediately, so I went for the (79p) IAP - but you can also earn this eventually with normal gameplay! The 'Paint' control simply cycles through a number (half a dozen or so is typical) of paint jobs and designs....

Most of all though, there's an emphasis on raw speed, with a stunning frame rate within the game as adverts, lights, fences and buildings flash by. And with high banks on each side of the track, enabling you to ride these right up as you overshoot a corner or go in with too much speed. Or even, in extreme cases, use the curved banking to do a complete 360 degree barrel roll and end up on the opposite banking, working your way round down to track level again. It's a far cry from Formula 1, despite the hint in the game's name. 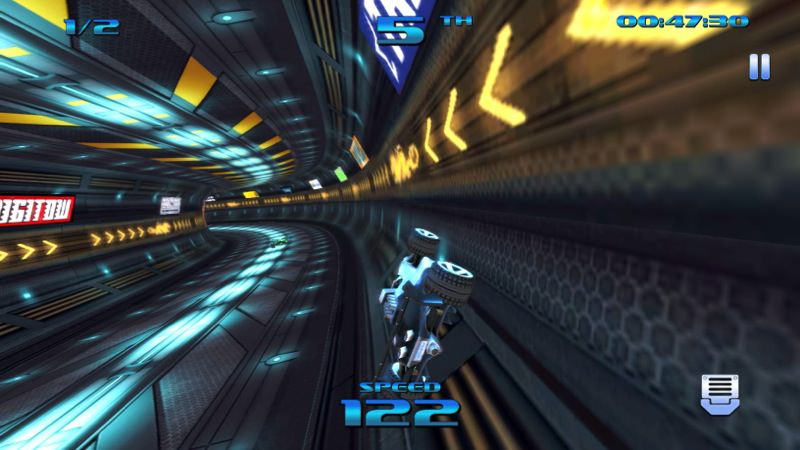 Too much speed for this corner and I'm riding up the banking...!

Gameplay itself is surprisingly hard - reminding me at times of controlling a Scalextric car, going hell for leather most of the time (your car auto-accelerates) but having to brake slightly for corners, otherwise you'll be rolling up the banks and often over, up side down, or jarringly scraping along on your side. Don't worry, after a few seconds of this, you're placed back on the track and off again. 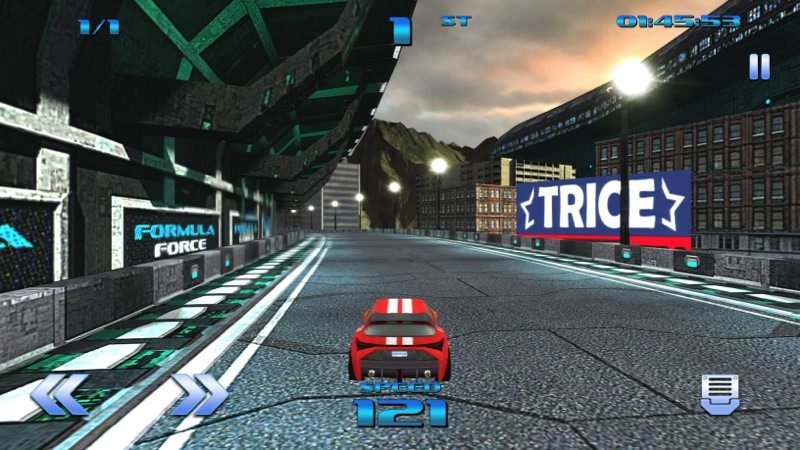 Another beautifully drawn circuit, from lighting to 3D objects to rendering....

AI opponents are deliberately ranged so that however good (or bad) you are, there's someone to compete with - again, the emphasis is on the experience of racing and not raw 'virtual reality'. I normally eschew such games, but by staying away from the power ups/weapons route, Formula Force Racing just managed to draw me in. 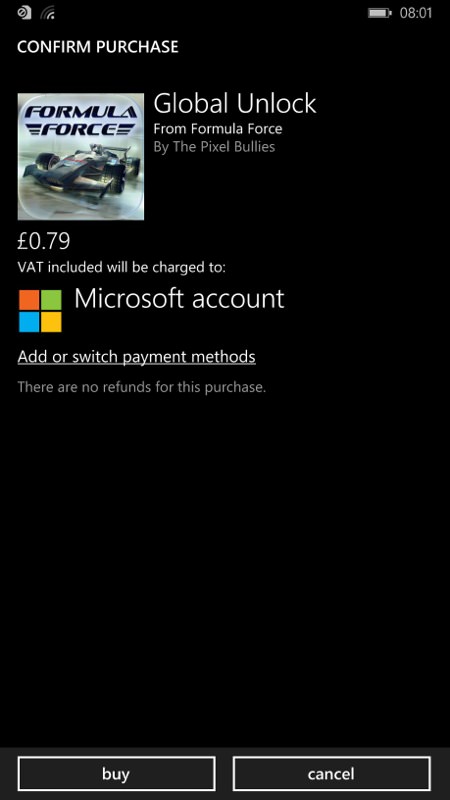 The aforementioned IAP - are there more in the game that I didn't get to? Comments welcome!

The graphics are the real win here, the care and attention put into the environments is at times astonishing, as you switch from country to country. The cars are pretty good too - you start with just a handful and can unlock them as you progress or - for an in-app-purchase of a dollar or so - you can unlock all the cars in one go. Having an IAP on top of the initial purchase price may seem a bit steep, but a) you don't need all the cars, and b) even added together, we're still only up to £2.50 in UK money, which is still a lot less than something like (the excellent) Real Racing 2.

Interestingly, some set-up screens here show coins and coin collection, these presumably only matter when you haven't done the IAP, so can be ignored afterwards - and perhaps shouldn't be shown anymore? Or maybe users are compulsive coin collectors? 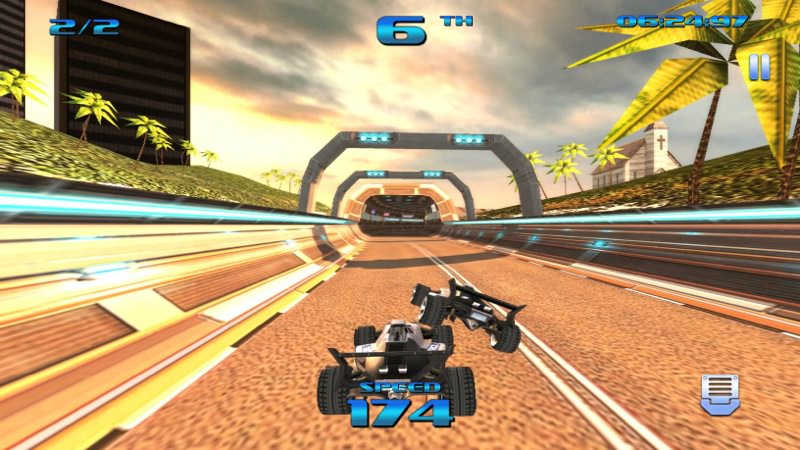 Controls are via left/right on-screen buttons (by default) or tilt, both work acceptably without really ever feeling like you're in control of a real vehicle. Part of the lack of 'real feel' is undoubtedly that there's no major variation in the severity of corners - there are no hairpins or small chicanes, etc. The sort of interesting features which characterise real world circuits.

Formula Force Racing is very new in the Store, and it seems as if there are still some bugs - at one point I hurtled off the (elevated) track and down towards the sea - which is fine. Except that I didn't hit the sea and my car carried on accelerating - I terminated the game when I reached Mach 1!! 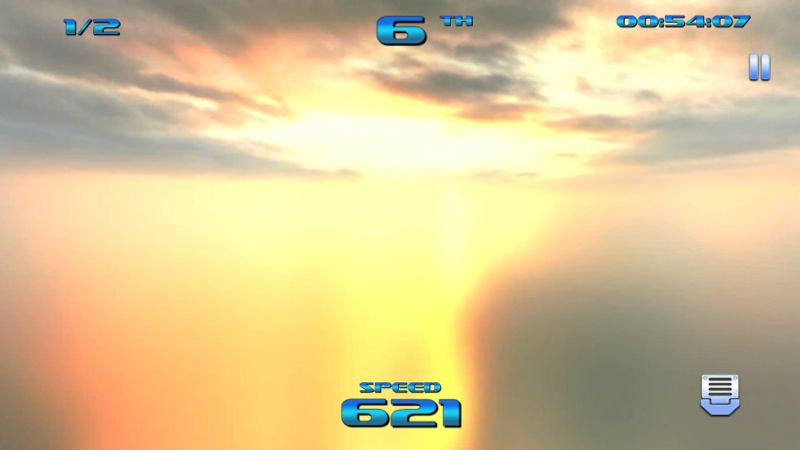 It's a cautious thumbs up overall though - if you're after a 'fun' racer that doesn't cost the earth and looks a million dollars then Formula Force Racing is well worth a purchase. There's no trial version, but you'll get a good idea from the screenshots here, plus the video embedded below.