Guest writer Adrian Hughes brings us a review of an accessory that is 'a little different, and one that intends to be more useful than the usual plethora of rugged cases and covers'. He looks at the Nokia Treasure Tag (WS-2), a little box that can attach to your keychain or other object of your choice, so that you may never lose your keys again (or your phone, or the tag itself)! 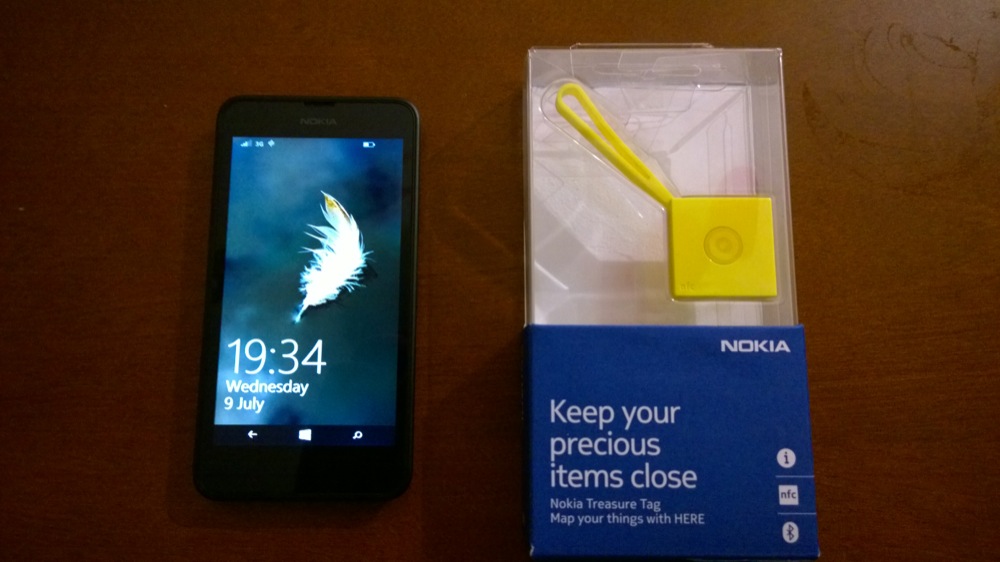 Contained within the box packaging is the Tag itself, a loop casing and a casing without loop. The latter allows you to swap out the loop casing to have a casing on its own (though why you would want to use it like this is beyond me). The usual quick start guide rounds out proceedings. 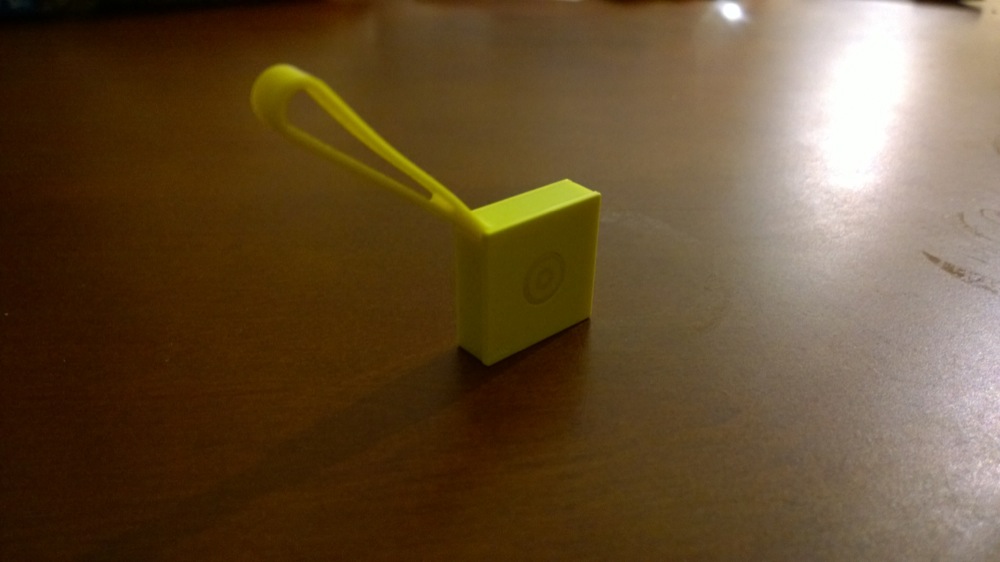 What makes the Nokia Treasure Tag refreshing is its ability to be used not only with Windows Phone, but with Android and iOS (appropriate apps are available in the respective Play Store and App Store). The requirements for the Tag are for Bluetooth 4.0 AND the Lumia Cyan update (hence being used with a Nokia Lumia 630 here), anything less won’t work (believe me, I have tried). Things are powered by the 220mAh battery, a CR-2032 (the usual wristwatch battery kind), which is good for a claimed six months of battery life. 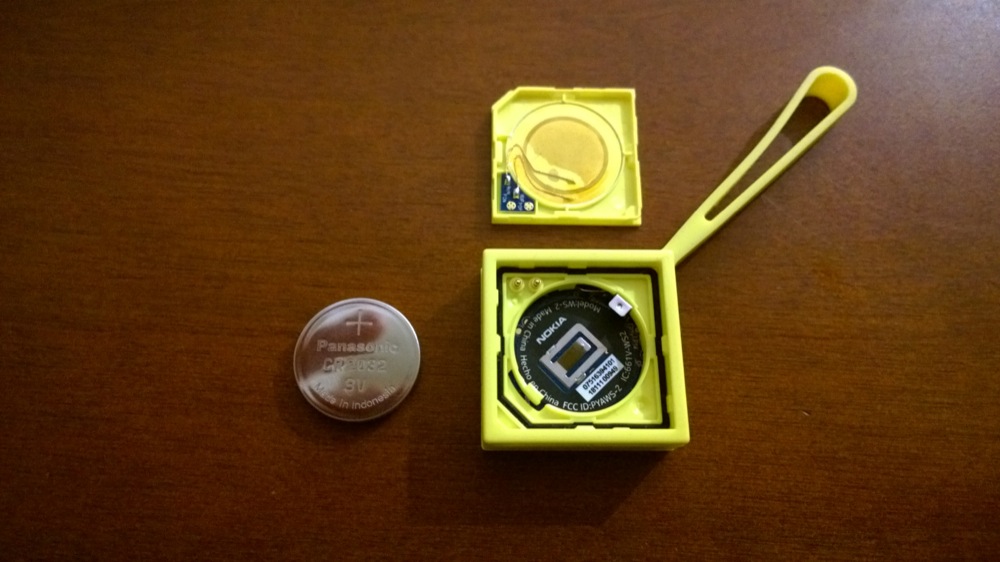 Pairing your phone or tablet is a simple affair, and the app guides you through the process with aplomb. Pairing may be done through Bluetooth or NFC, after which, once the sensor is found, it gives off a loud pinging noise that confirms that it is connected. From there, you are able to customise the name of the Tag itself, and whether you want the Tag to vibrate the phone/tablet, or just make an audible sound. There is also a small button on the front of the Tag which, when pressed, will alert the connected phone/tablet to sound the alarm, or you can manually alert the Tag itself to sound the alarm from the phone/tablet. Battery status of the Tag is also displayed in the app, which is quite handy. 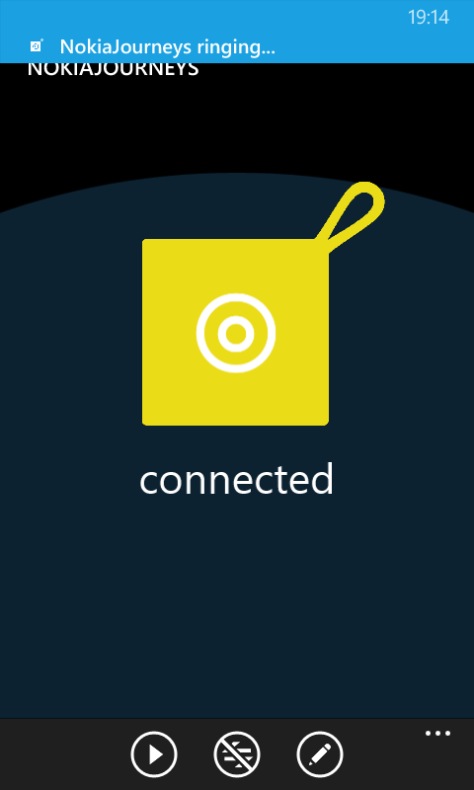 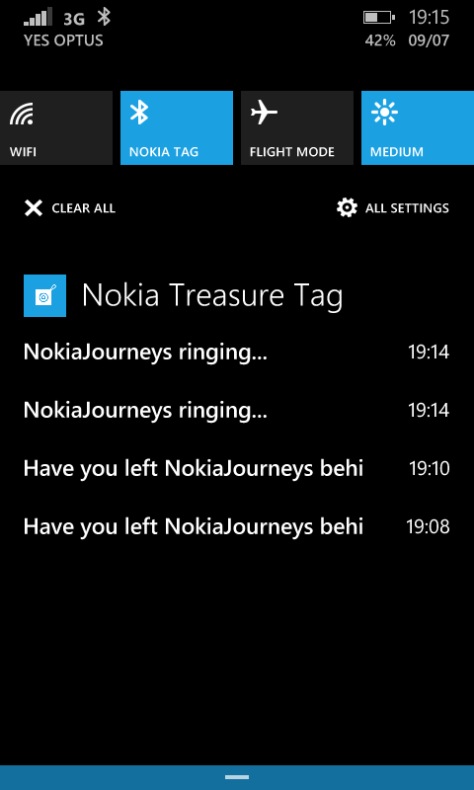 Once the initial setup is completed, proceedings are straightforward from there. The range of the Tag is a good 30 to 40 metres, therefore once you walk out of range your phone/tablet will audibly sound/vibrate and pop up with the message asking “Have you left [name of your Treasure Tag] behind?” This acts as a great reminder that you have left the Tag, or whatever belongings you have attached to the Tag, behind. It also notifies you that you are now out of range and that the Tag is no longer connected, and gives you the option to open a map view of where your Tag was last located. In our time with the Tag, we had some initial problems pairing, but this was remedied once we discovered that the battery itself had somehow dislodged internally, and we quickly secured this. 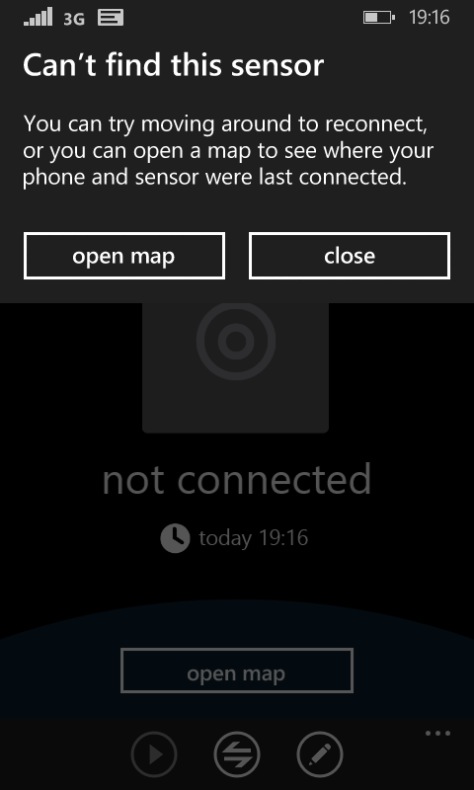 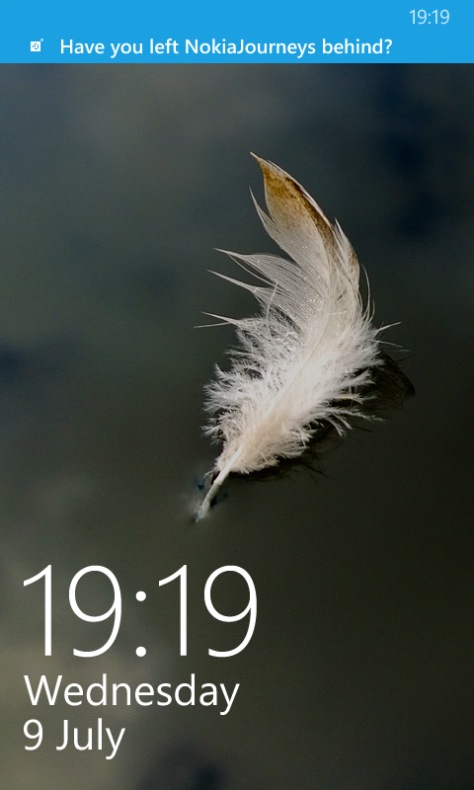 Available in yellow, white, cyan or black, the current going rate for one of these is 50 to 60 [Australian] dollars (about £20 in the UK - Ed). The premise of this Tag is simple, and it works. For those of you that are prone to losing things, the Tag is a lifesaver. For others though, this may be of limited use. We do however, recommend the Nokia Treasure Tag whole-heartedly.

Thanks to Adrian, the original form of this review is co-published at his personal blog here.