You've got to feel sorry for utility developers on any platform. An OS comes out, has a few holes, third party developers plug them and then the OS itself starts to fill out and the holes are mainly gone, along with the developer's potential market. Anyone making a file manager is particularly vulnerable, as evidenced by Microsoft's own 'Files', released for free (and then built-in) for all Windows Phone 8.1 devices. So... can Folders Pro here do anything to convince me that it's worth a quid? Actually, yes.

In principle, there's little that's sexy on a file manager, least of all on Windows Phone where so much of the internal file system is locked down. At least on devices with a SD card there's more of a need for actual... management. Folders Pro takes it upon itself to add a number of unique functions, some of which fail at the gate, others of which work brilliantly and some which don't really add much to what Windows Phone gives you for free, usually in the Files utility.

If there's one single biggest unique selling point here, it's the 'secure folder', with Folders Pro essentially using its own sandboxed file system to show or hide files that you choose to paste inside. It's a great idea and if you have some sensitive Office documents or images (or whatever) then hiding them away in this secure folder is particularly effective. The conversion from traditional file to encrypted 'blob' in Folders Pro's own sand-box is pretty quick - a 20MB 360p video took five seconds, but photos and Office documents are essentially just a second or so.

There are utilities for Windows Phone which try and take on similar 'hiding'/secure functions, but it's good to have it all seamlessly integrated into a file manager here.

The other unique selling points and features are best illustrated with a full walk-through, since not all work fully (yet): 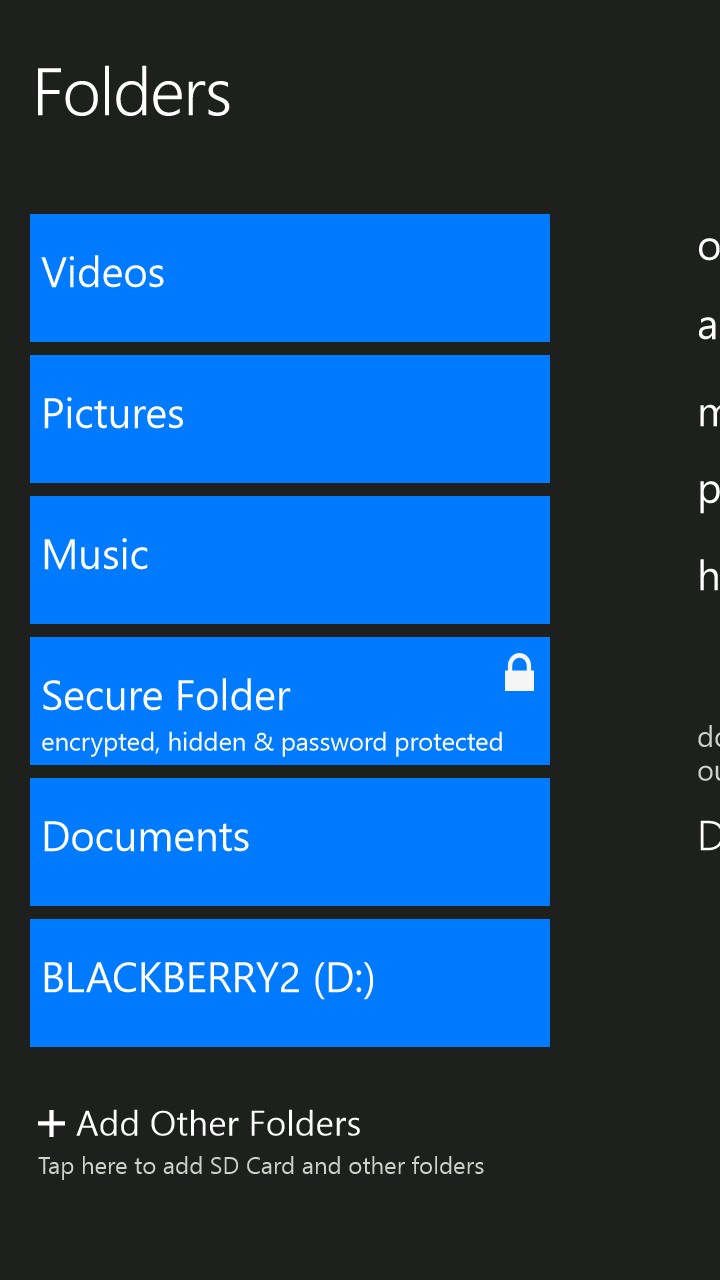 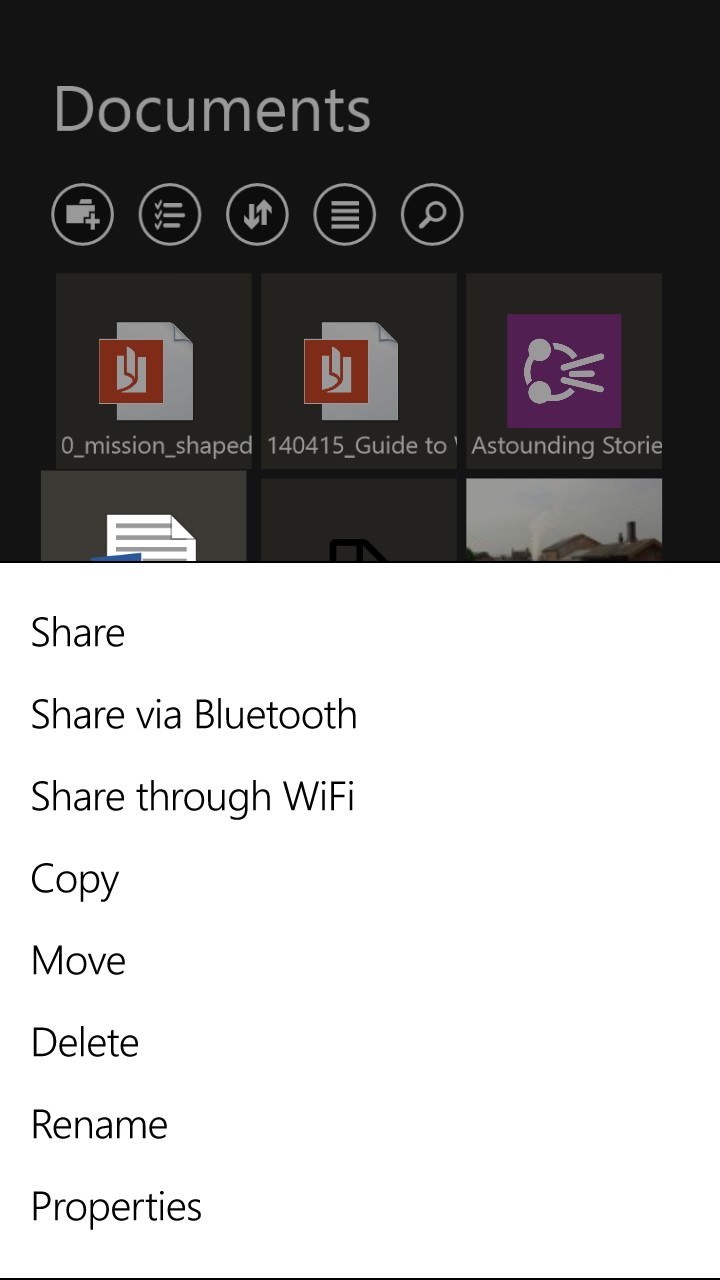 The home pane doesn't pretend to show all internal phone folders, since both you and the developer know that only a small amount of these are expopsed to the user anyway. Instead, you get the most common and a way of adding extra sub-folders or other locations from a SD card - so effectively shortcuts to the file areas you use the most on your phone; (right) within any file list, long pressing a file brings up an expanded (relative to 'Files') context-sensitive action list. Notable here is 'Properties', if only because for some file types there's extra information available... 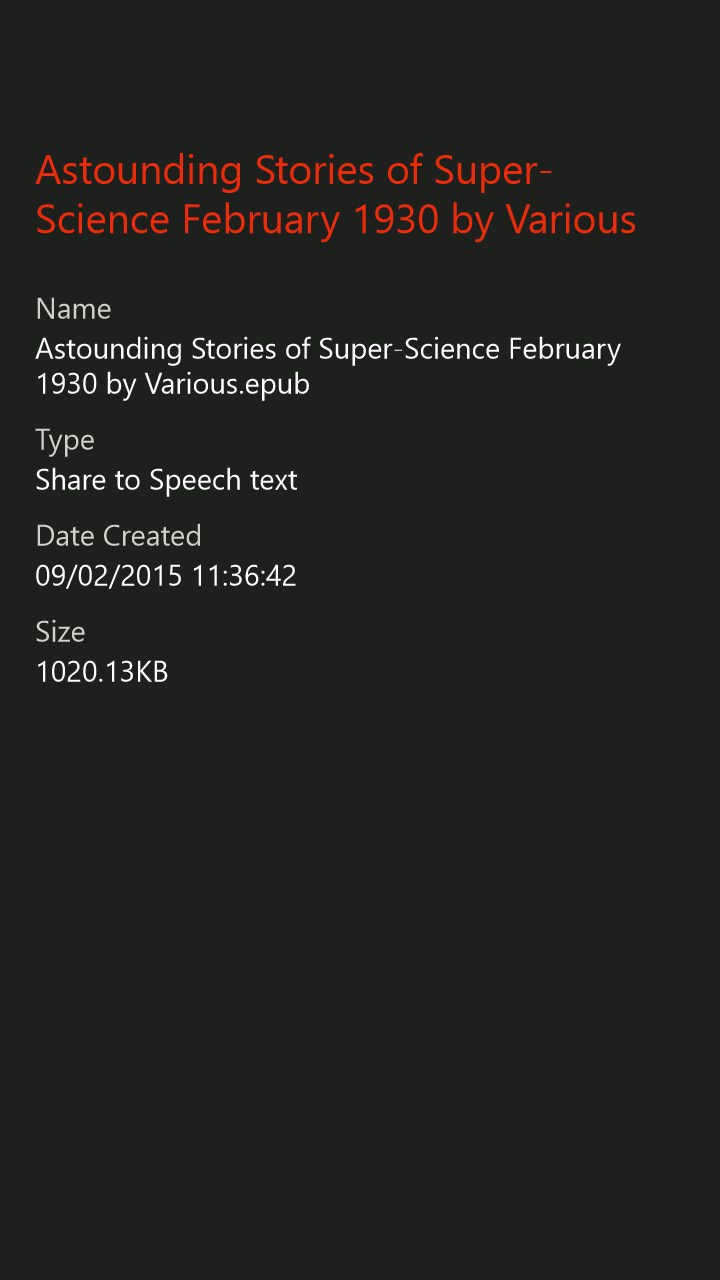 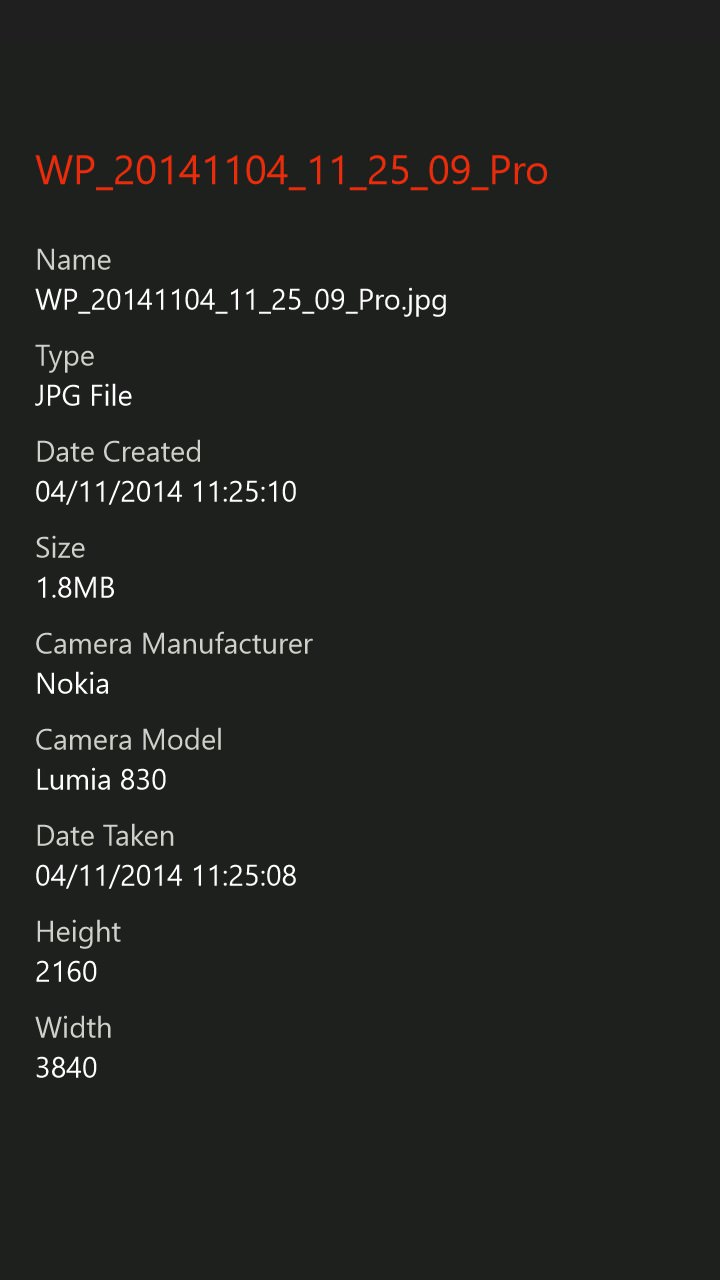 ...For example, for the .epub file there's just the usual datestamp and size, but images get some EXIF data broken out - very handy! If the developer's listening, what about breaking out a little more of this vital data, eh? 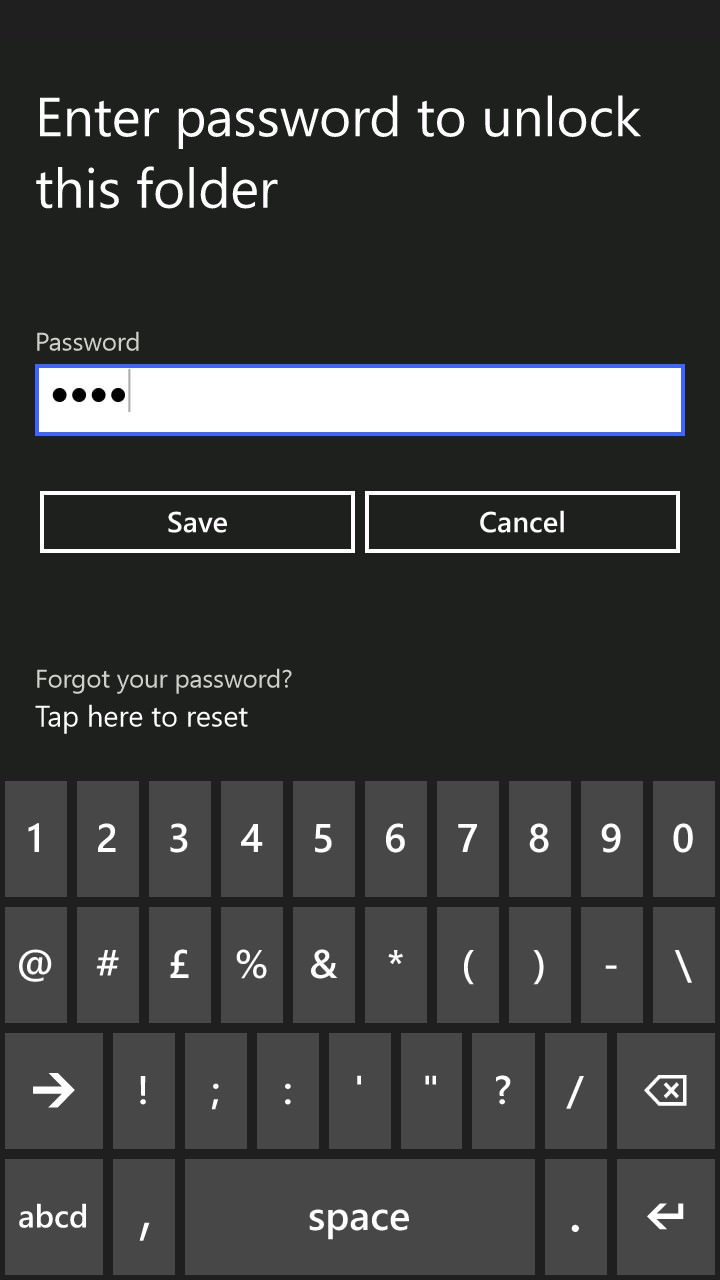 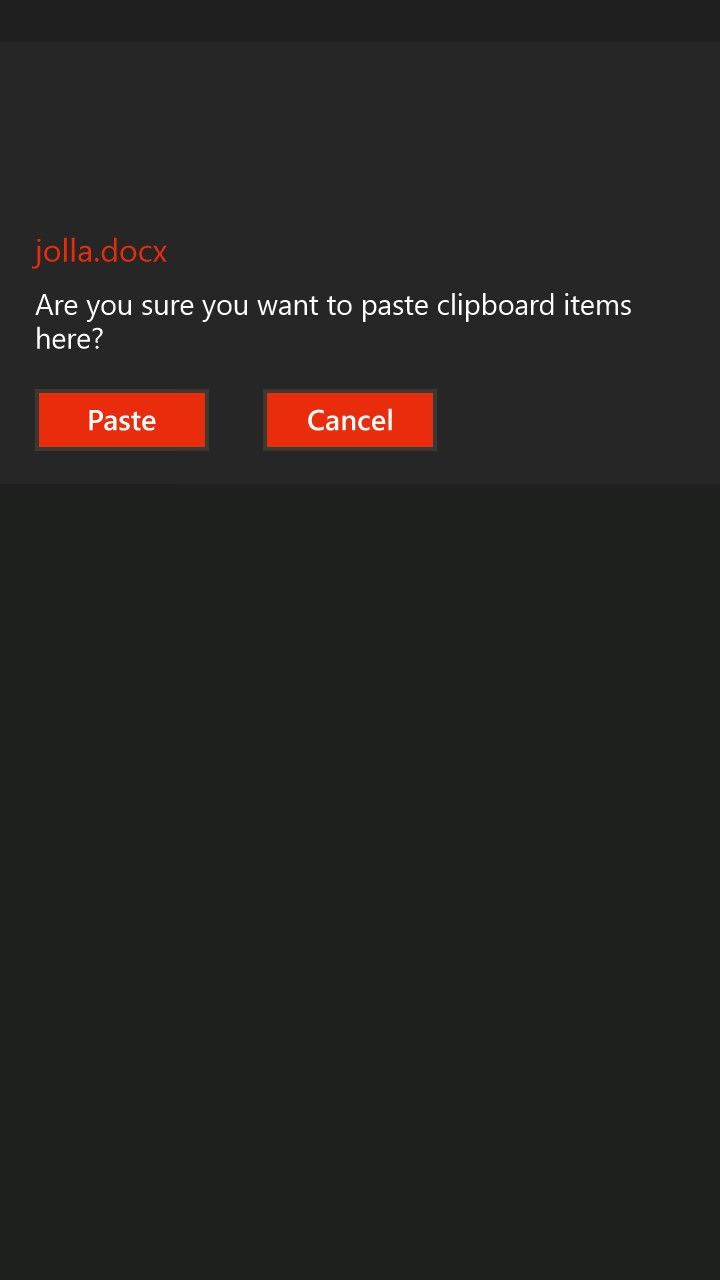 The secure folder works brilliantly, requiring a password to look inside (once per app start, so if you 'back out' of Folders Pro then the secure store will be locked again) - the 'reset' option relies on a secure back-up question etc.; (right) pasting in a document to the secure folder. 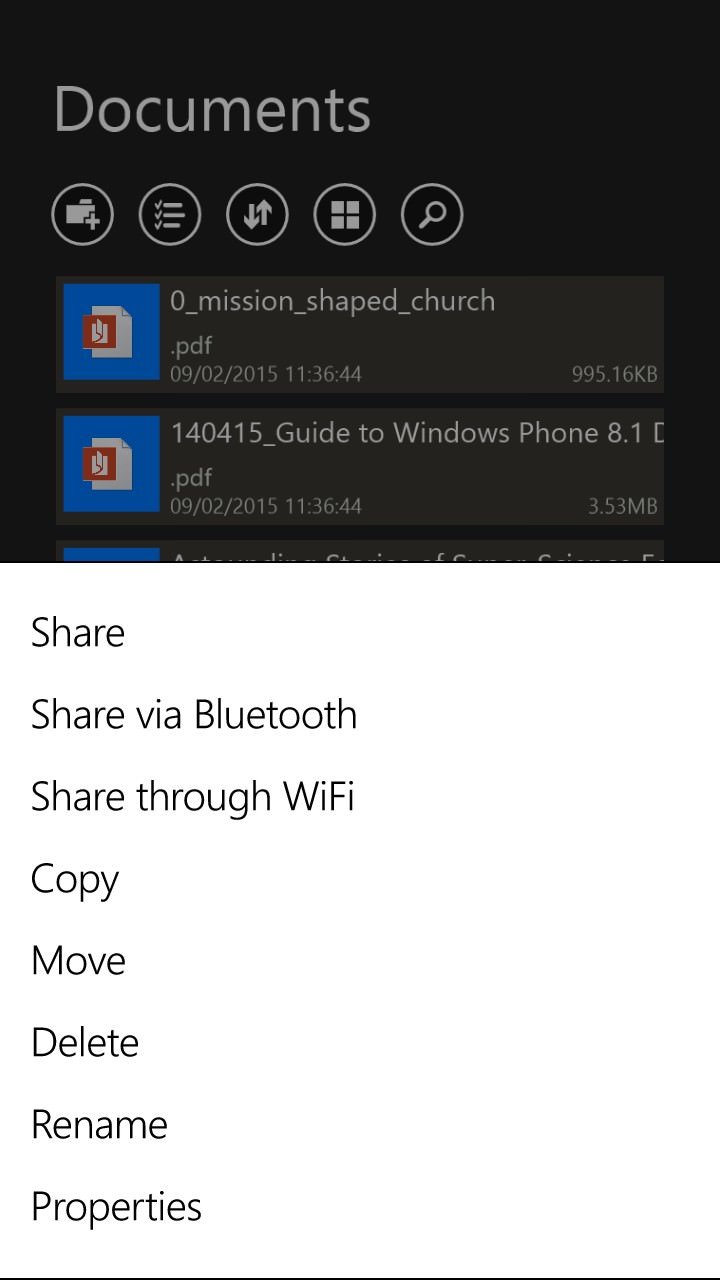 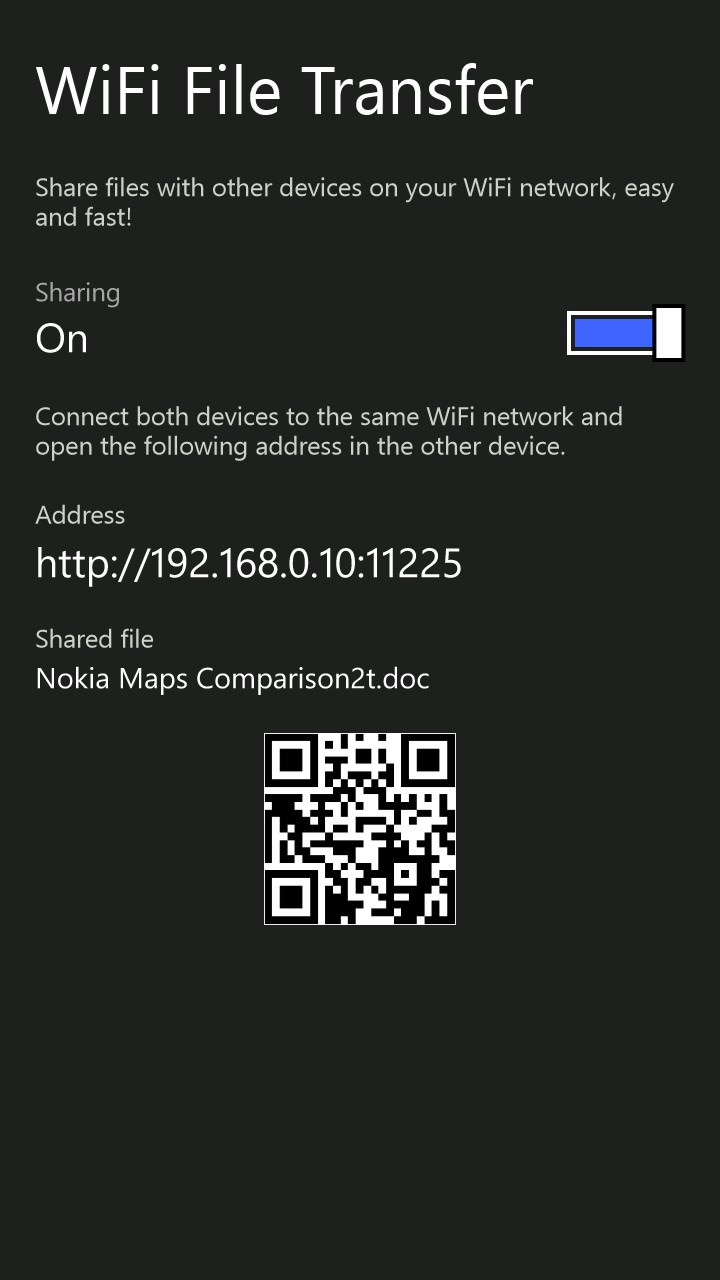 Also on that pop-up menu for a file is 'Share via Bluetooth', which isn't very exciting, since that's built into Windows Phone anyway. But 'Share through Wifi' is new and I tried my best to get it working. Essentially a tiny web server is set up within the application and it can be accessed from any web browser on any other device, with a handy QR code to save you some typing... 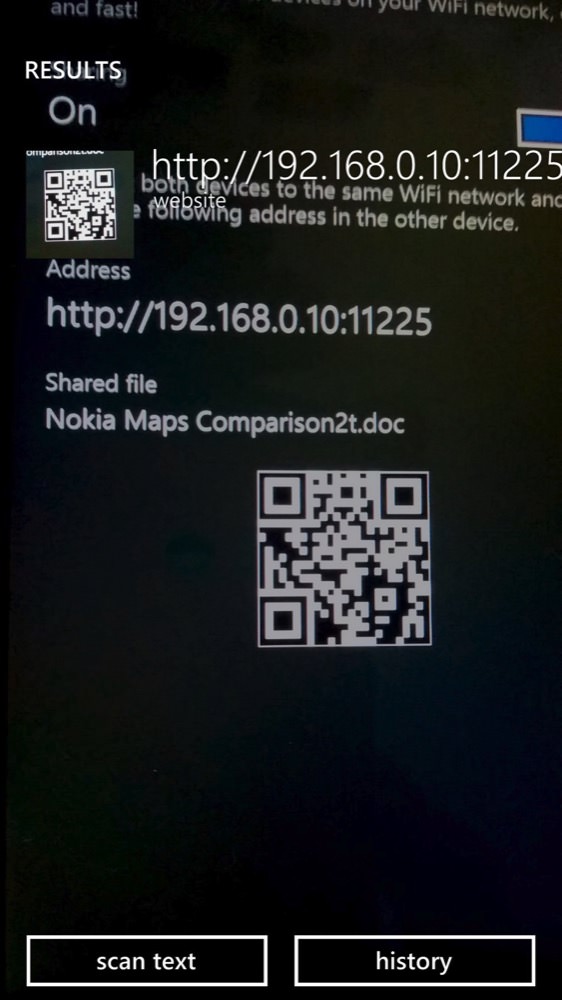 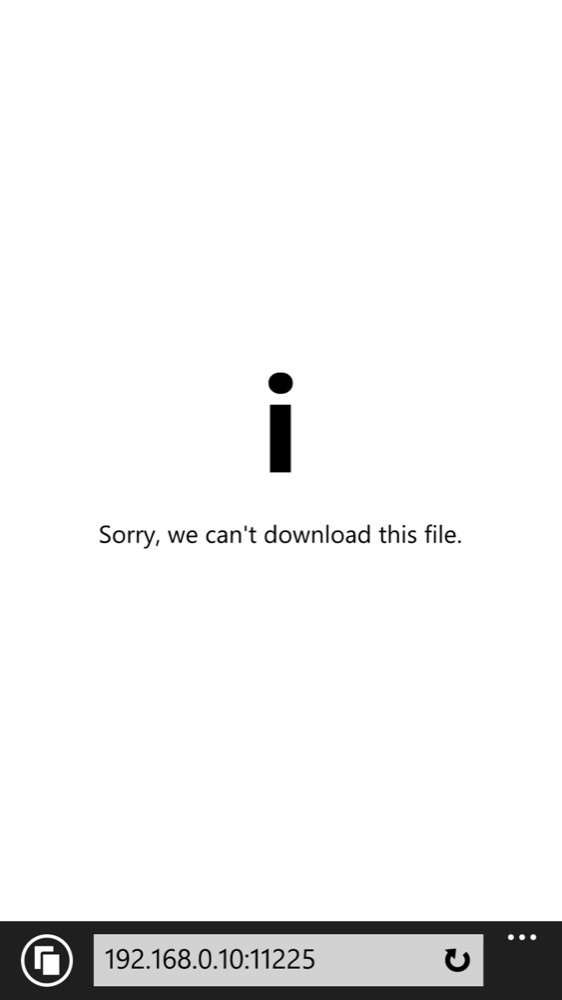 It worked fine on Android and other computers, but of course I wanted to try sharing to another Windows Phone. Using the Bing Vision system to access the QR code brought up the web address, but both the 'Open' and 'Save' options then brought up the error above. So, nice try, Folders Pro and let's hope that users don't want to share back to Windows Phone. (In fairness, there's also NFC-triggered Bluetooth transfer, so users wouldn't be totally lost!) 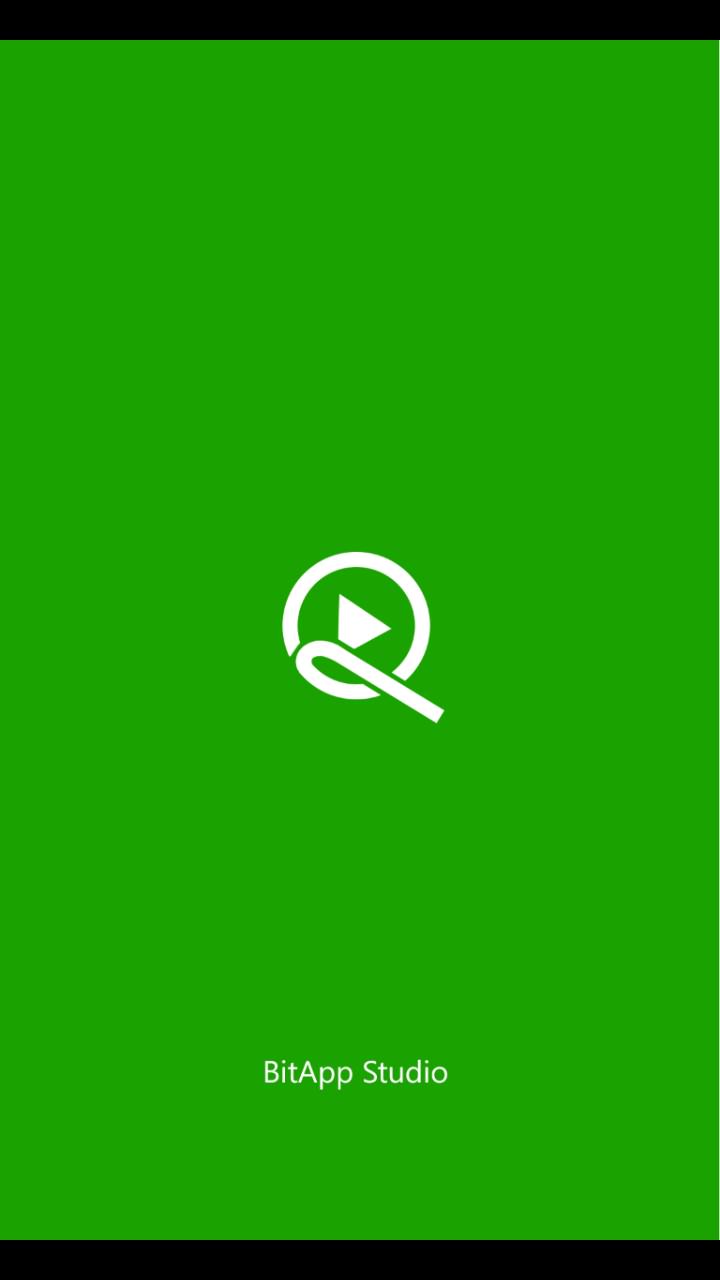 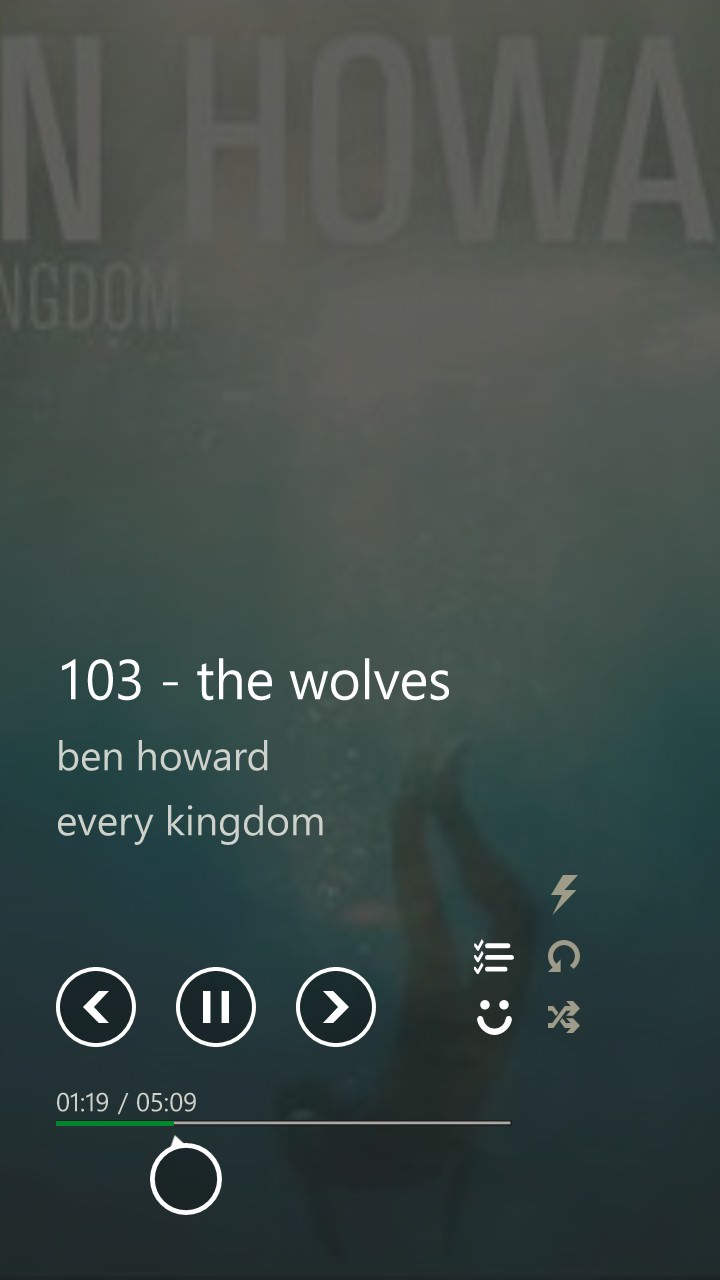 Built into Folder Pro is QuickPlay, a set of routines for handling music and media - these will crop up in other titles by the developer, I'm sure, but they work well enough here on the whole. If you wanted to use a file manager as a way to access media, that is.... 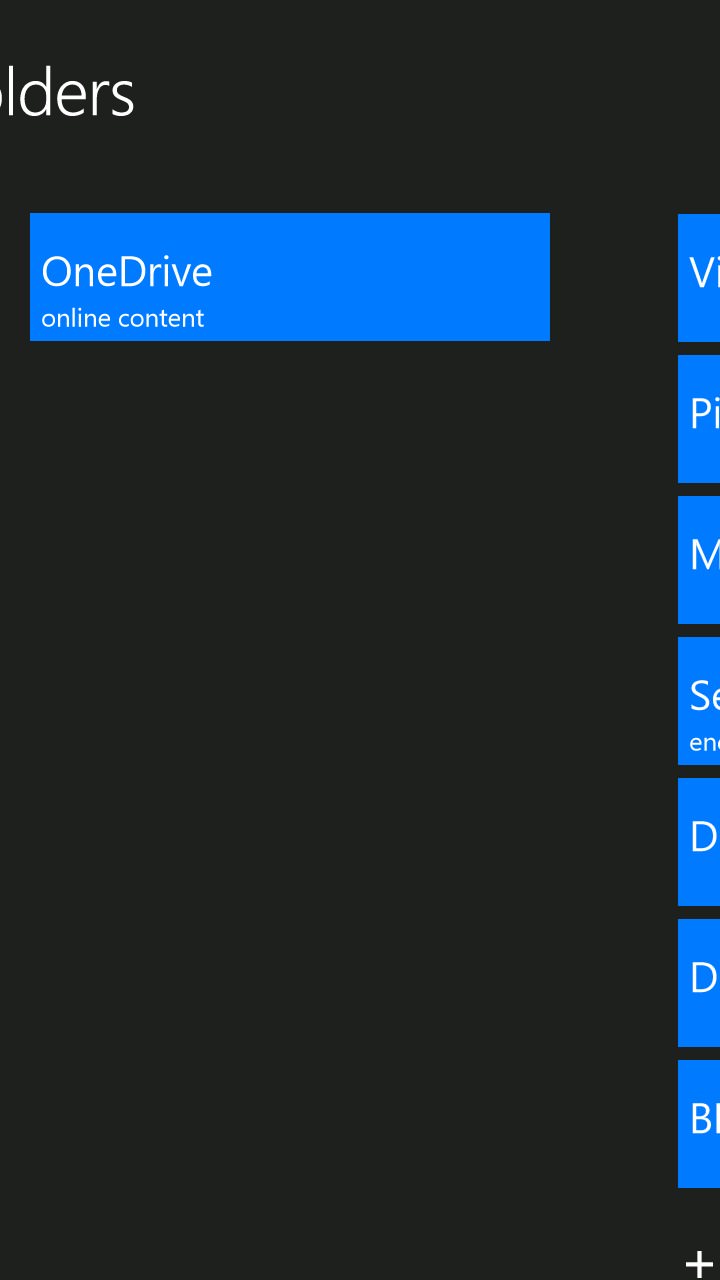 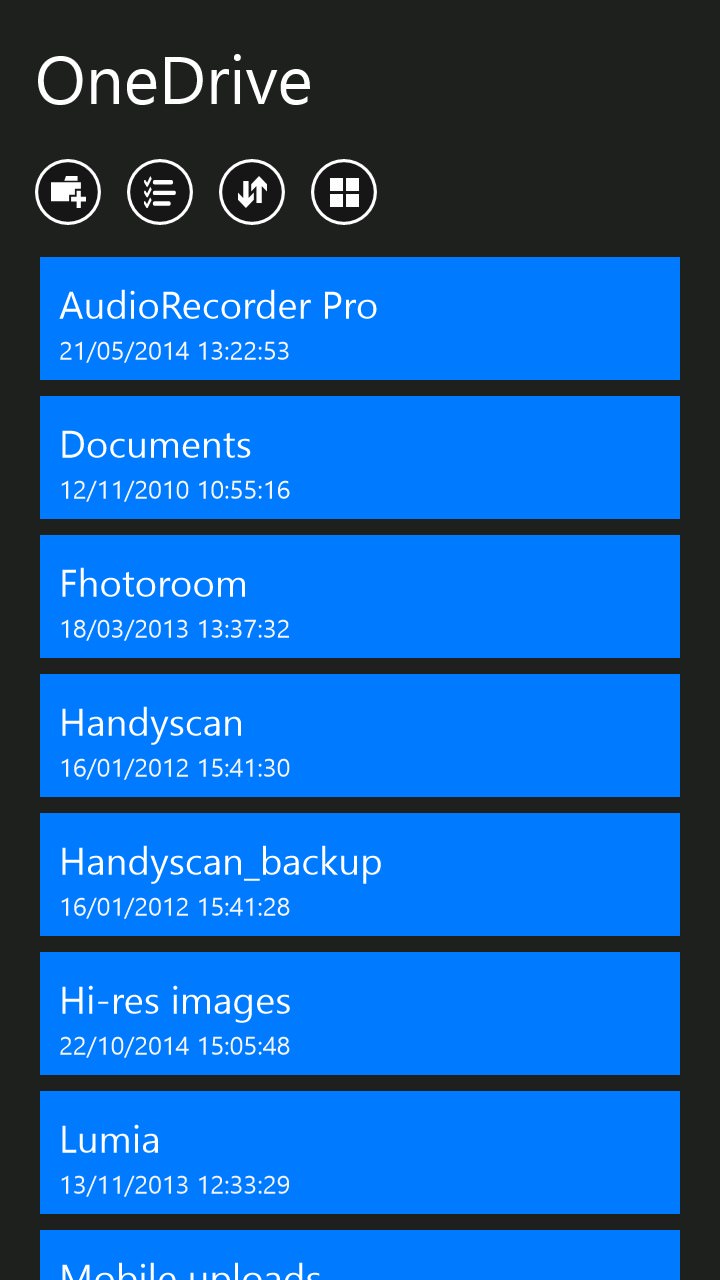 Also touted is OneDrive access, i.e. integrated into the application rather than just spawning the official Microsoft application. It's all here, but I can only assume that API or performance issues stop the developer from providing the folder list (right) right in the main panorama instead of the single button (left) - at the moment, the user has to tap through, which seems a bit clumsy. Having the full OneDrive folder list on the Folders Pro panorama would be more intuitive and useful. 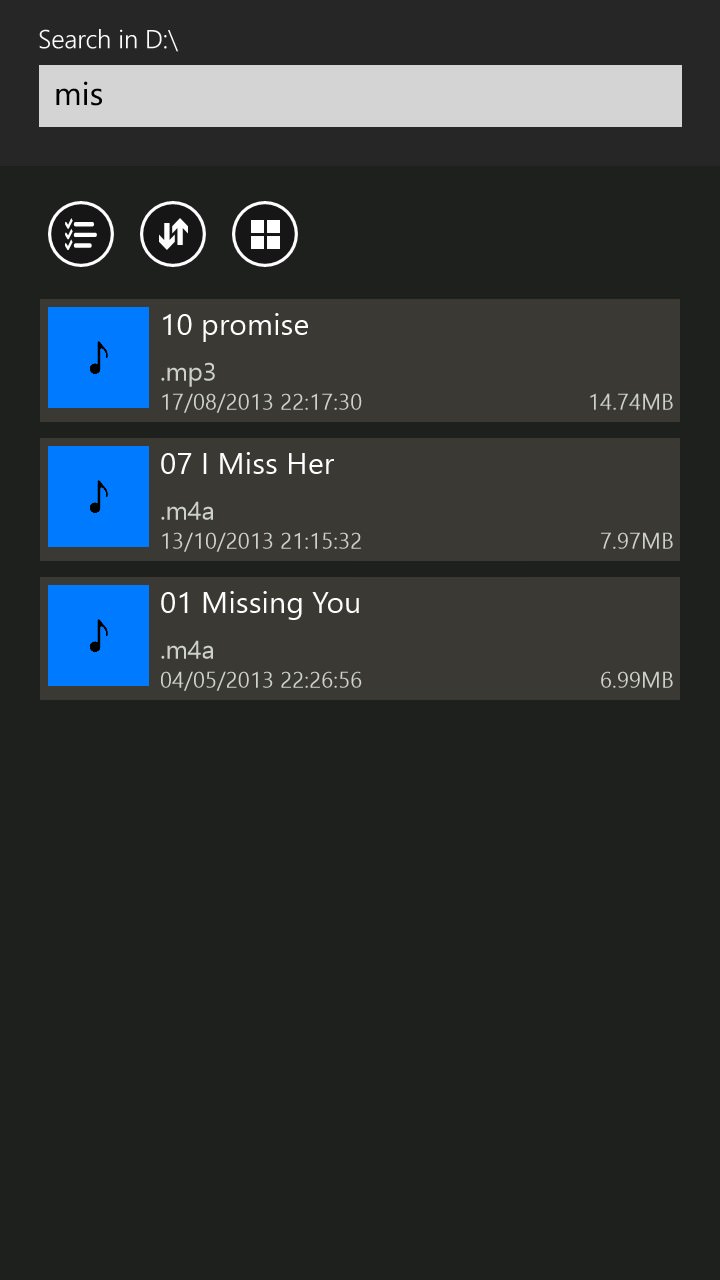 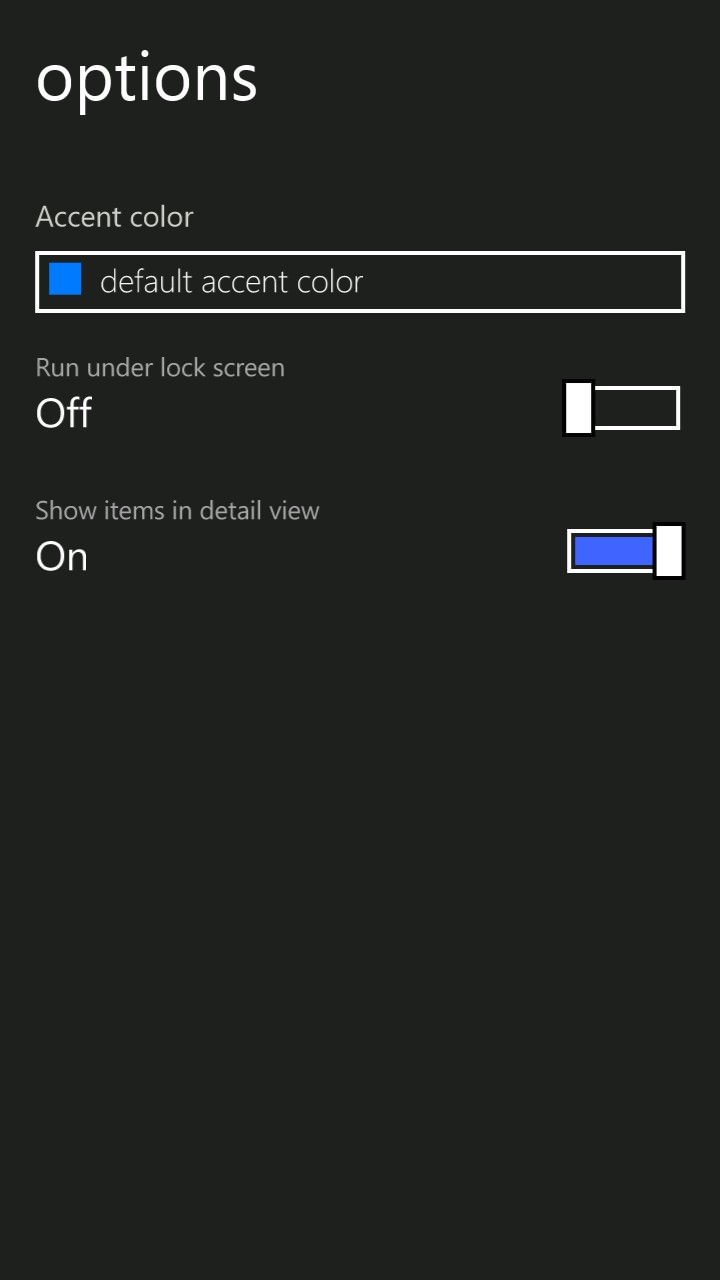 There's also limited filename searching - this works only within the folder or SD specified, i.e. it's not quite as useful as the existing phone-wide Cortana file search (swipe left from its web matches, etc.), but it does work on the whole; (right) for such a relatively feature rich application, the options pane is surprisingly sparse...

As you can tell from my commentary, Folders Pro doesn't feel quite mature in some places. I hit a QuickPlay related bug too - tapping on a video on my SD card ended up playing a music file from somewhere else in the file system! This was repeatable, but sorted itself out upon relaunching the application.

A pound or dollar (or so) is a trivial price for a utility which, in this case, actually does deliver significantly more than the built-in Files option. It's worth the price just for the secure folder function, to be honest, so consider anything else you use as a bonus.

That Folders Pro is demonstrably not perfect yet shouldn't be too much of a worry - it has been updated numerous times in the last year and I'm sure the developer is still actively working on it.