With this being exam season for many people, I'm all for learning aids. And, in this case, something rather unusual and designed to help someone learn a text off by heart. Perhaps so as to be able to quote sections in an exam paper, perhaps to deliver on stage, perhaps just trying to keep the ol' grey cells stimulated. Memorize It! is unusual and effective and I'll even forgive the Americanised spelling of the name....

The application is conceived simply, yet powerfully, around the Windows Phone clipboard. While this limits the ultimate size of texts that can be handled in one go, it's fine for any content that's manageable for memorising in the first place. And, if you really do need to handle something tremendously long, then texts can be saved in multiple Memorize It! 'memos', ready for recall when needed. 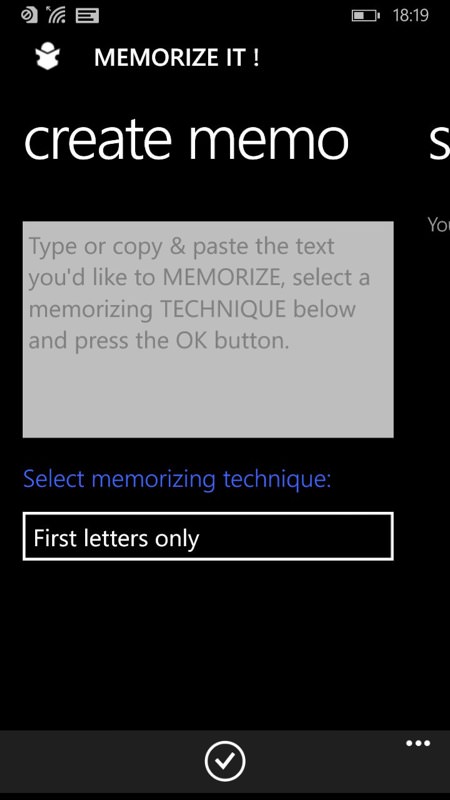 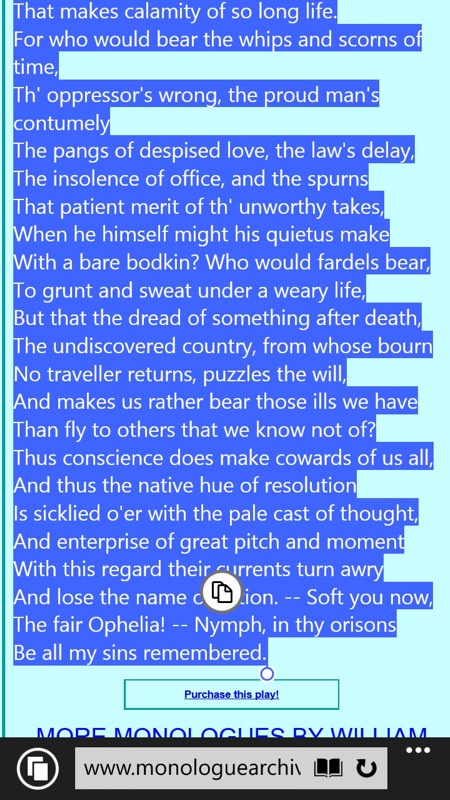 Thus you're prompted to 'type' or copy in the text needed. I can't imagine most people typing in long form text on the phone screen, but the clipboard facility means that you can grab stuff from emails, web pages and more. Here I'm grabbing the famous Hamlet monologue by the Bard and copying it into the Windows Phone clipboard.

Having pasted the new text into the window, there's a choice of memorising schemes. As you'll see in the screenshots throughout this review, they all present part of the text (clues, if you will) in different ways. And you don't have to worry about changing your mind later, since the memo you'll save has all the text in, so can be brought back and re-hidden at any time. 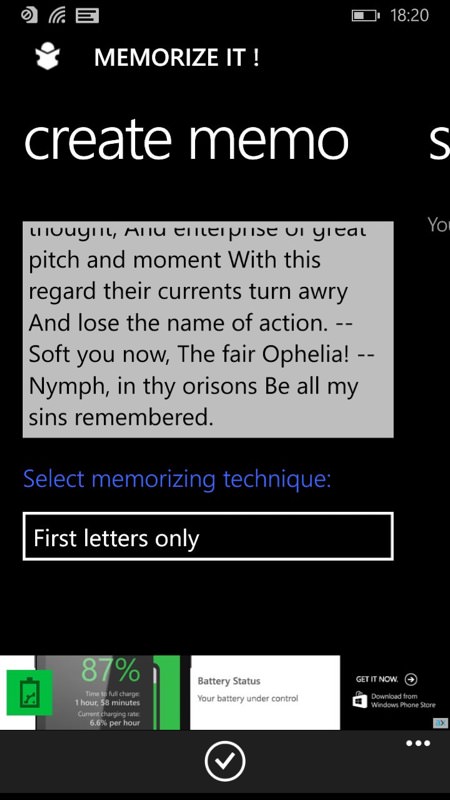 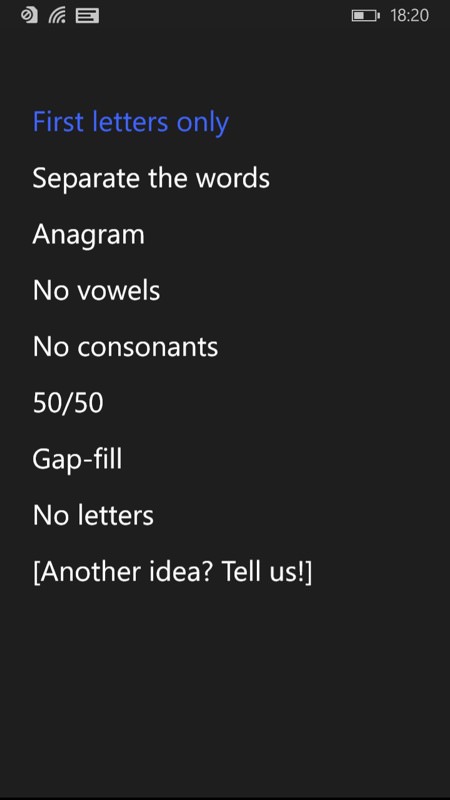 The various schemes are somewhat ingenious, though I suspect that most users will find a system that works well with their brain and then stick to it. Still, it's fun to play with the options here. There's the option to title the memo, which helps when you save it, though curiously if you go back and change the memorisation scheme the title is lost and has to be re-entered. 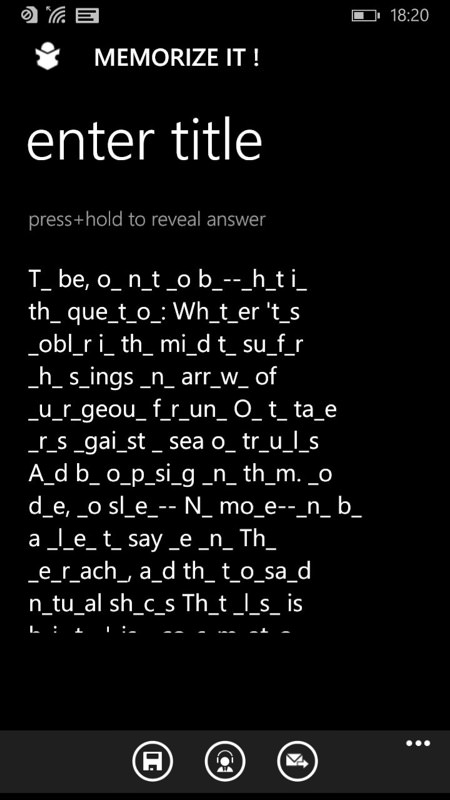 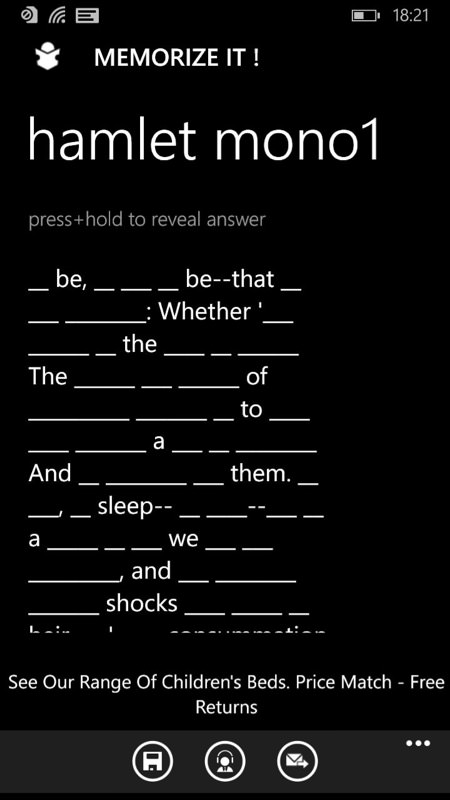 For the schemes where it's relevant, there are three difficulty settings, controlling just how much is hidden or shown. Or, if you want to completely torture your brain - or perhaps it works weirdly(!), there's an 'anagram' scheme, with each word being scrambled. See below right - I think this would drive me potty before I'd managed to remember the first sentence! 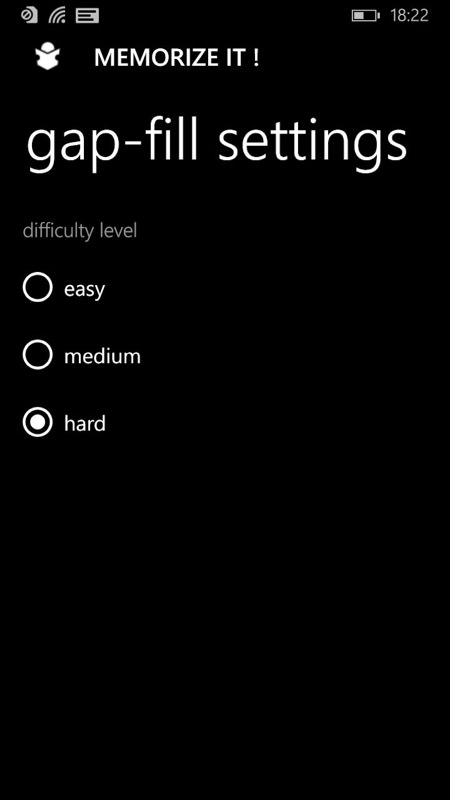 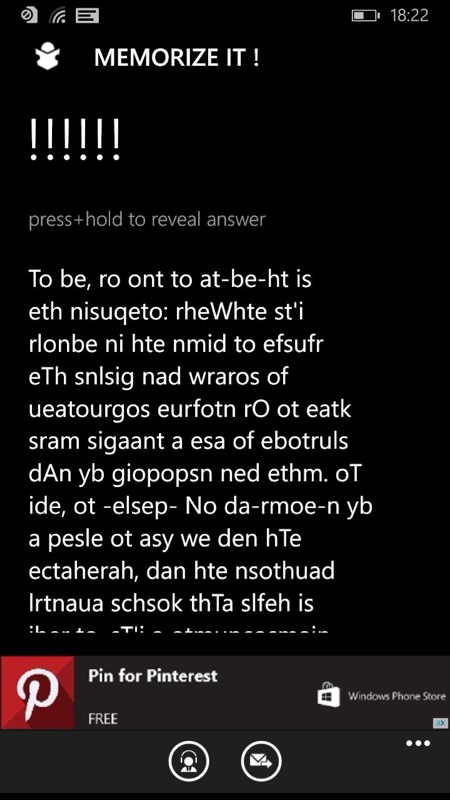 Running with its interface in English or French (and no doubt Spanish to follow?), Memorize It!'s star feature is the way in which it offers hints to help you make sense of the err... hints. With the partially hidden or scrambled text on-screen, pressing and holding will fill in the blanks. "Oh yes", you'll say, "I remember that bit now!" and then releasing your finger press hides the text again, ready to carry on practising and rehearsing. 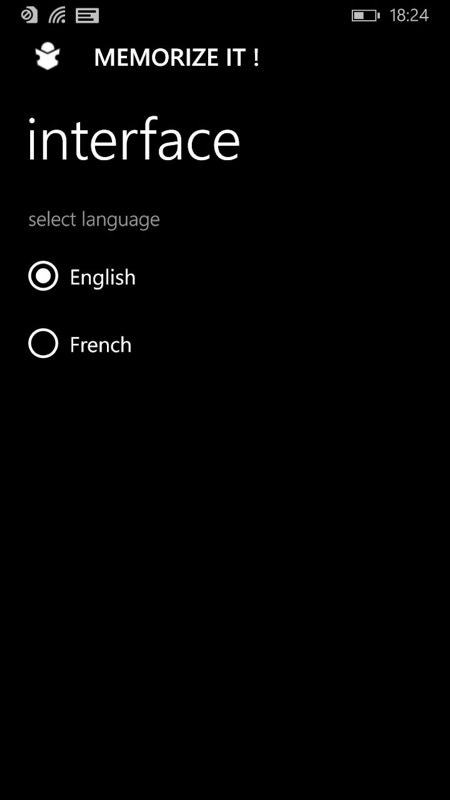 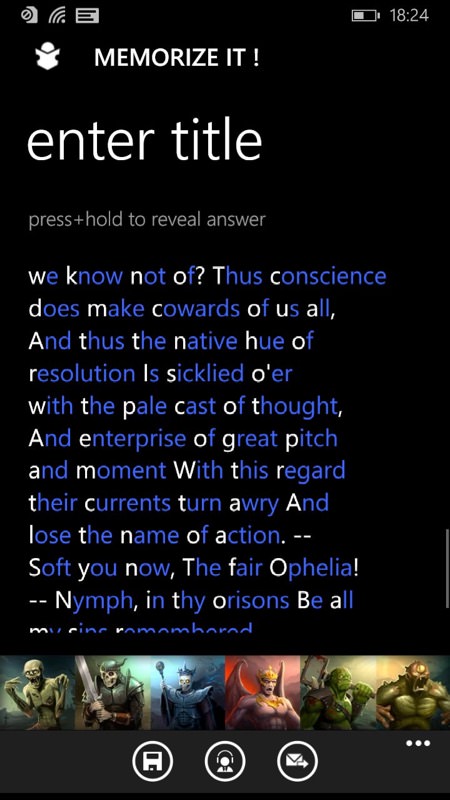 You'll have noticed the banner ads, of course. Memorize It! is a free download and the way the developer makes a meagre return is either by people tapping on ads (unlikely) or by paying the small sum of 79p ($1) to remove the ads forever. It's a well worn way of working, though I'd have though that the application is so potentially useful that the price could happily have been doubled. Maybe the low price is to help out students?(!) 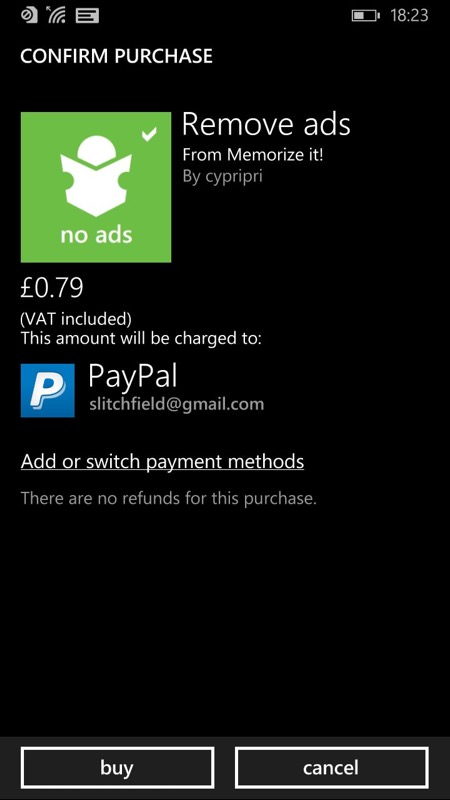 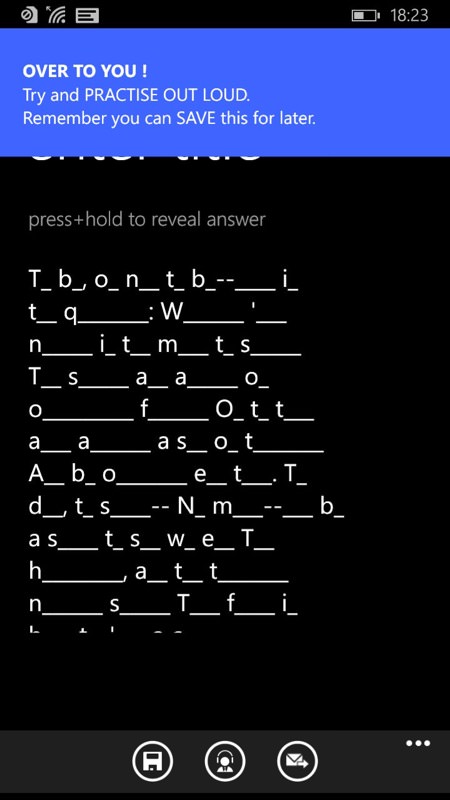 There's one other feature worth mentioning - tying into Windows Phone's pretty good text-to-speech engine, there's the option to read the text out loud (in full, obviously). This is handy if, for example, you're driving, and simply need the text banging into your brain (via your earholes!) over and over again. [If you're going to deliver the text on stage, of course, your delivery will need to be infinitely more nuanced than Windows Phone!]

With the flexibility to work with free text from anywhere, essentially, with multiple ways of presenting text to be memorised and with a save function that lets you work on multiple memos at the same time, Memorize It! arrives fully featured on Windows Phone and comes recommended.