A couple of months ago I managed to get hold of some sample replacement backs from Mozo, sorely needed for the Lumia 950 and 950 XL, in that these flagships only really look (or smell!) premium once the plain plastic back from Microsoft is upgraded with some Mozo TLC. I fell in love with the 'Cognac' leather for the 950 XL and now I've finally got my hands on the same style for my preferred Lumia, the 950. Here's an illustrated look! 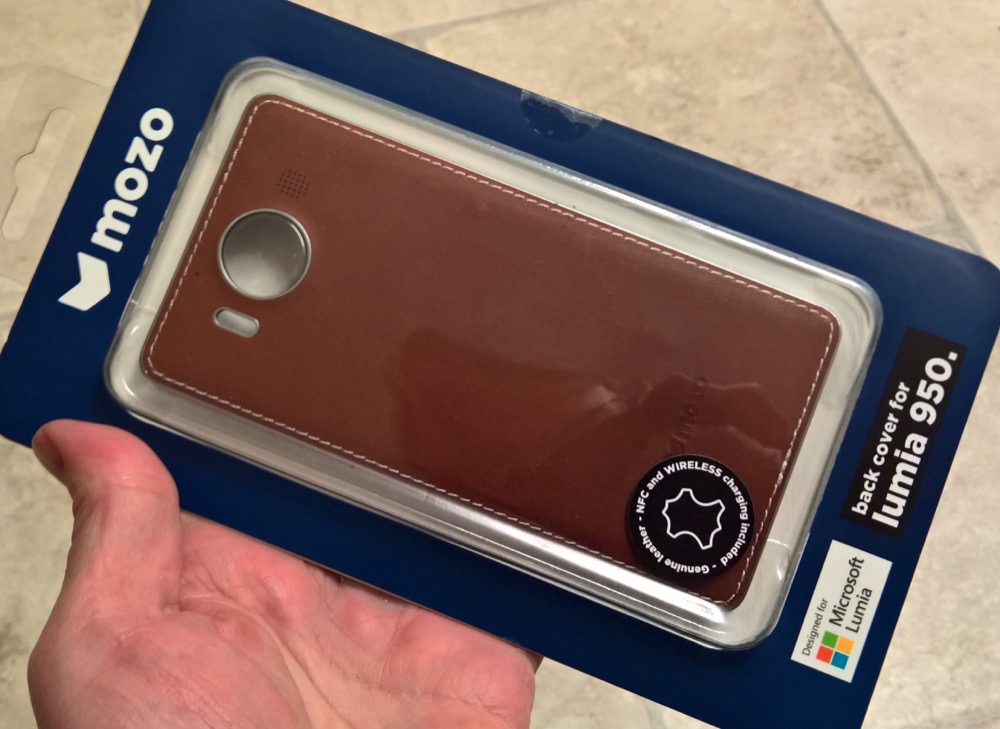 To quote from my earlier review:

The packaging for these accessories is sturdy, but the real 'premium' is in the covers themselves, of course. The Lumia 950 and 950 XL ship with perfectly functional but rather plain tough plastic covers/sides, but the aim here is to:

...all the while not getting in the way of the integral Qi charging and NFC functions or making the phones larger. And Mozo succeeds in every regard.

Having used Mozo back covers on the Lumia 950 and 950 XL for two months now, I can vouch for the quality, with no loss of finish on the sides and stitching that hasn't deteriorated. The 'Cognac' version for the Lumia 950 here is slightly lighter in colour than the version on the 950 XL - it might be that the latter was a pre-production sample, or it might be that the exact shade and texture you get is specific to the patch of leather cut out for that particular case.

One important thing to note is that the profile of the smartphones change slightly. Again from my earlier review:

Now to the cover sides/perimeter. Which look like metal but feel like plastic - but then they'd have to be, since the whole thing has to bend while removing from the Lumia. In fact the perimeter (and 'metal' detailing around the camera/flash) is 'non conductive vacuum metal coated polycarbonate'. So a thin metal powder over plastic. The effect is very convincing though - it's metal yet... not metal, in effect...

Also important is the profile - the original 950 and 950 XL sides were relatively thin, with curves out into the back of the phones - the Mozo covers have a larger (flat) side profile, for easier gripping of the devices, and then with a shallower curve into the back.

The profile change is subtle but very noticeable in the hand. The leather is stuck on, obviously, meaning that the Mozo cases are a millimetre or so thicker overall, but this isn't a problem at all - the phones simply feel easier to hold and more solid all round (they don't 'creak', unlike the plastic used in the Microsoft version, for example). 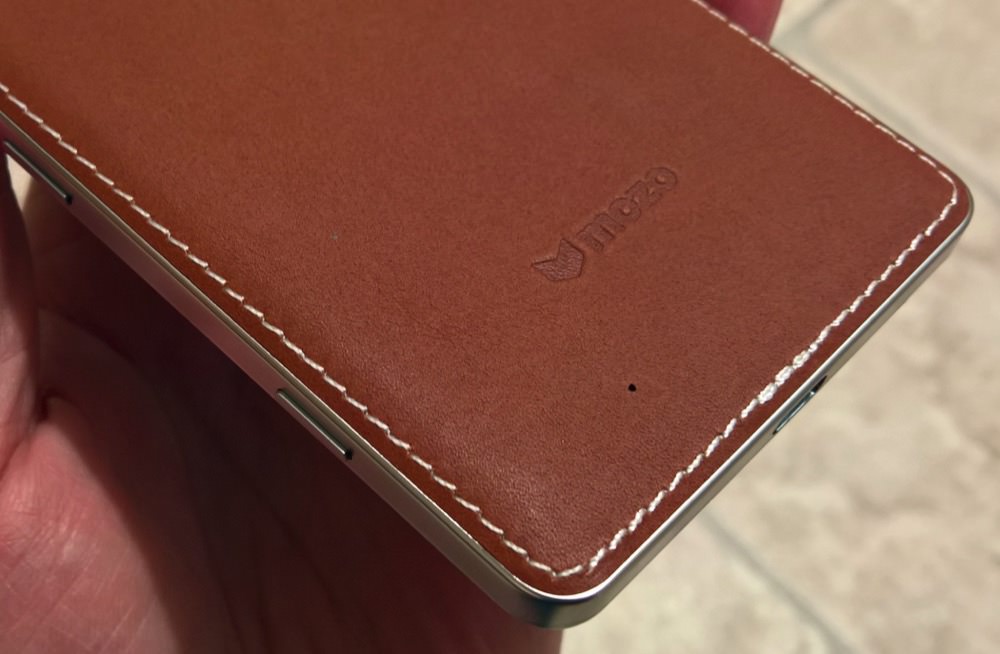 Pretty impressive - though you'd expect this to be so given the price of the Mozo backs (£30+). The use of soft leather does mean that it picks up marks, finger grease and evidence of daily life, but then that's also the character of the material - as with cowboys in days of old (I can't believe I just wrote that, but hey....) the idea is that a leather-backed phone will grow with you, blemishes and all. As has my own 30-year-old leather jacket. I accept that all this is subjective, but long time readers of AAWP will know that I'm fond of the material.

Inside, as with the previous Mozo backs, the NFC coil, Qi coil and gaskets are identical to the Microsoft originals (this also partly explains the cost, of course) - there's no peeling off of coils from your original to then try and glue them into a cheap eBay aftermarket back - the Mozo backs are ready to to go. 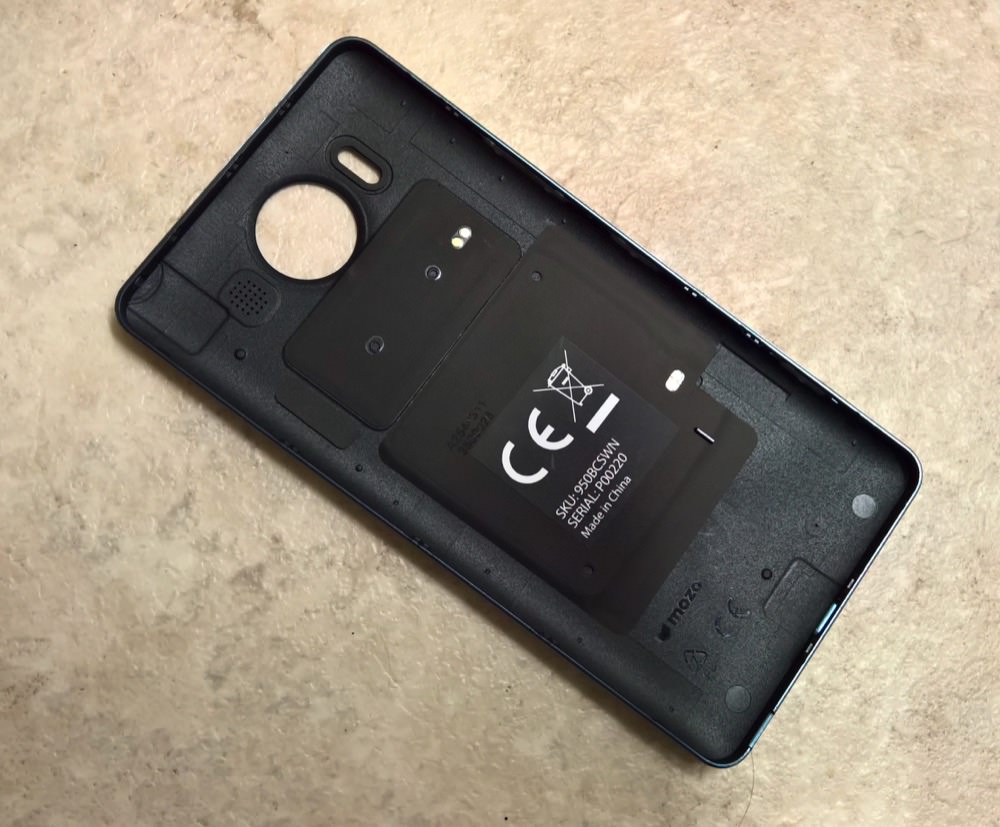 Hopefully you'll agree that the effect is stunning. The Cognac back here, in particular, turns the Lumia 950 into a genuinely desirable smartphone, whereas (in my opinion) the original smooth plastic is essentially identical to that used on the lowest end budget Lumias and is a large part of why so many people felt disappointed with the new flagships out of the box.

The extra millimetre of thickness (over the in-box plastic cover) isn't a big deal in use in my experience (phones are already too thin nowawdays for a decent 'grip') and in fact the camera bump on the Lumia 950 is almost removed, which many will see as a benefit. 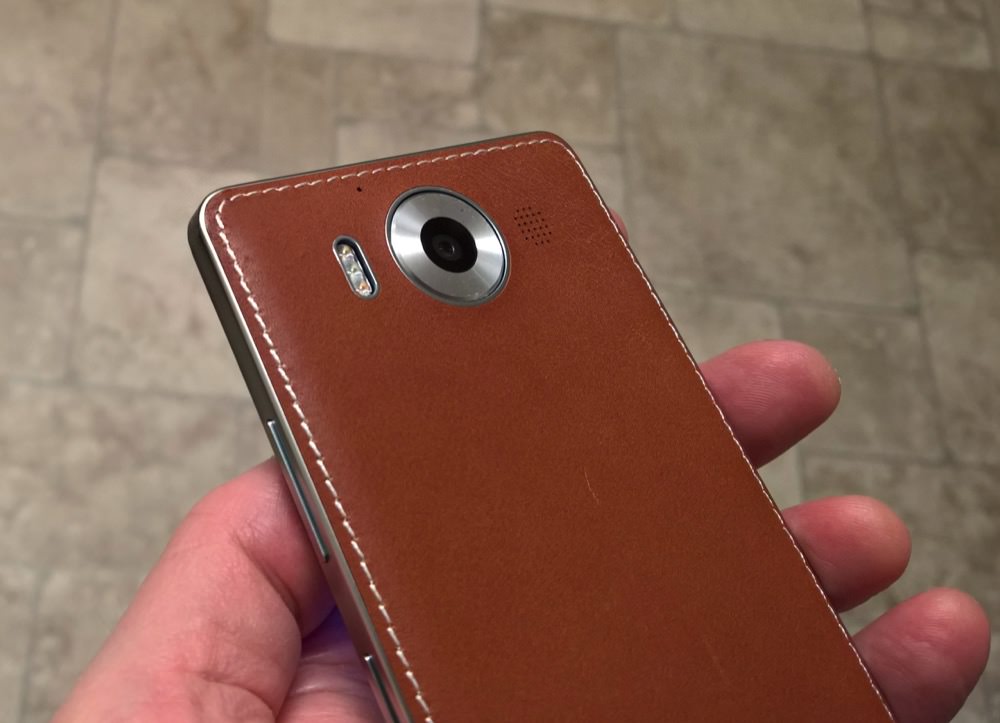 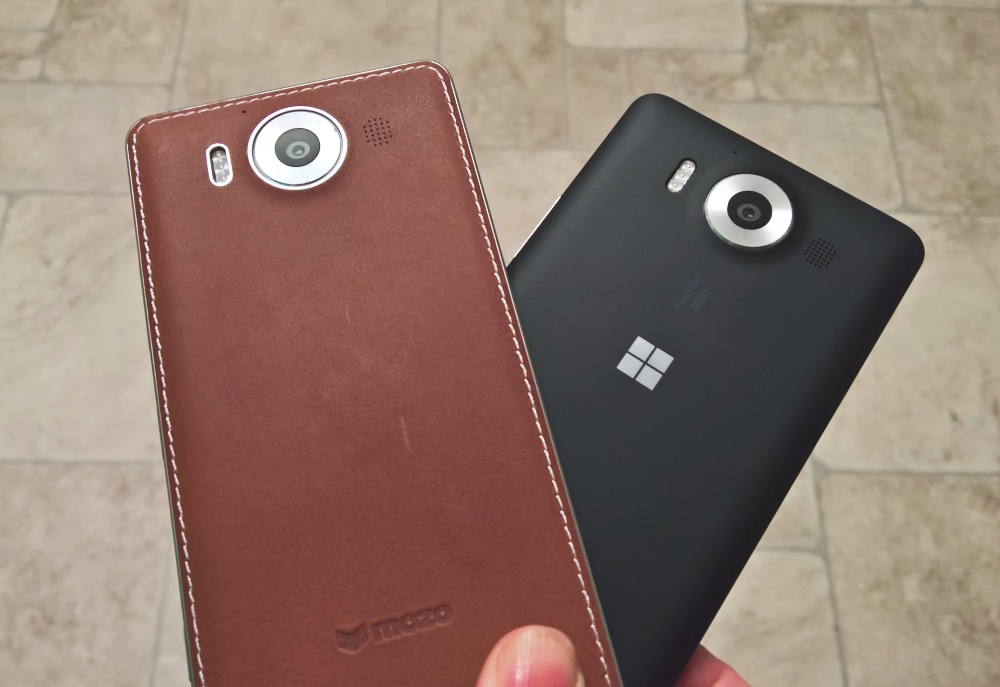 I'd add one small caution, and it's a picky one in the grand scheme of things: the pre-drilled holes covering the speaker aperture are very slightly smaller than those in the Microsoft original and, indeed, than those in the black leather Mozo back for the same phone. The upshot is that sound quality for podcasts (etc.) is reduced slightly, with less lower frequencies getting through. I'm tempted to take a miniature drill bit to the back in order to 'fix' this issue. But I'd emphasise that it took me a full two days to even notice this difference, so I doubt most people would spot it at all.

Recommended, despite the premium price - which in this case is deserved. It's also notable that, as you'll find from the link below, that some of the Mozo variants are slightly back-ordered from all retailers, indicating both demand and that Mozo isn't just knocking these out via an ultra cheap Asian factory - these are put together with care and attention by a company that I hope continues to expand.

Thanks to Mobile Fun for the review sample, here's their UK Mozo product page and here's their full range of Lumia 950 accessories.