The concept here is pretty compelling, especially if you venture anywhere where you might come a cropper. The great outdoors or the inner city at night spring to mind. However, letting an application, especially one that's demonstrably a little 'beta', take control of your smartphone's SMS and telephony via 'silent' mechanisms does require an element of trust that the developers know what they're doing. At least BeFriend is Open Source, so maybe we can trust it after all? 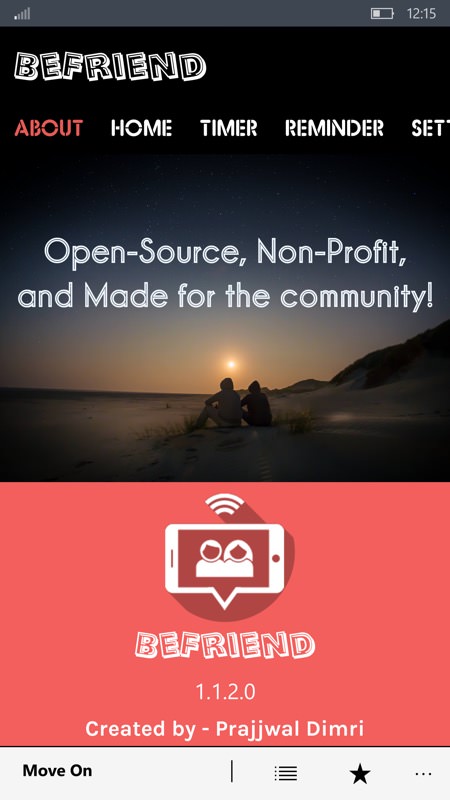 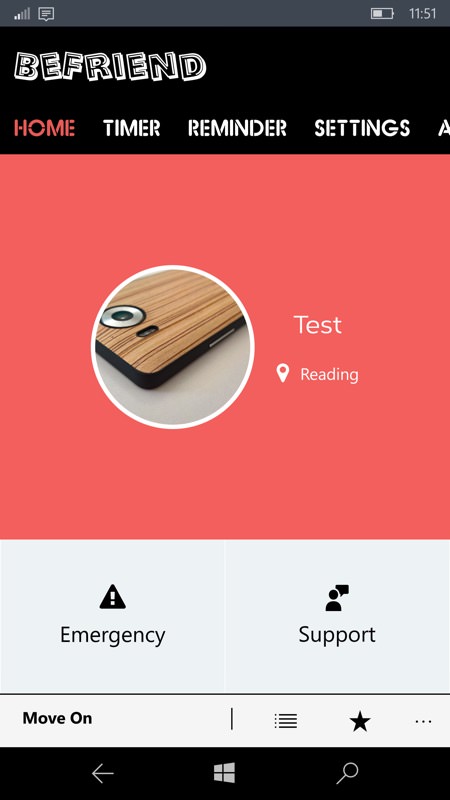 We can trust this, right? I mean, the source is all there to be inspected? (right) the home pane lets you change your profile and tap for an instant emergency....

The concept is clear enough - either:

Each of these can trigger an emergency, wherein your GPS location and a custom message are sent to up to three contacts/numbers of your choice, along with a call placed to the first named (which could be '999' or '911', if you prefer).

You'll be able to think of different reasons why you (or perhaps a parent) might be in danger and might need help, and whether this should be noted through action or inaction. I tested the two most obvious that were applicable to me. In each case, being out and about in the wilds (ok, ok, my local park) and running into trouble. A tap on the 'Emergency' panel and the emergency communications were sent immediately. And with the GPS co-ordinates being spot on, as I was able to verify from the received message on another (Android-running) phone and then entered into Google Maps via latitude and longitude: 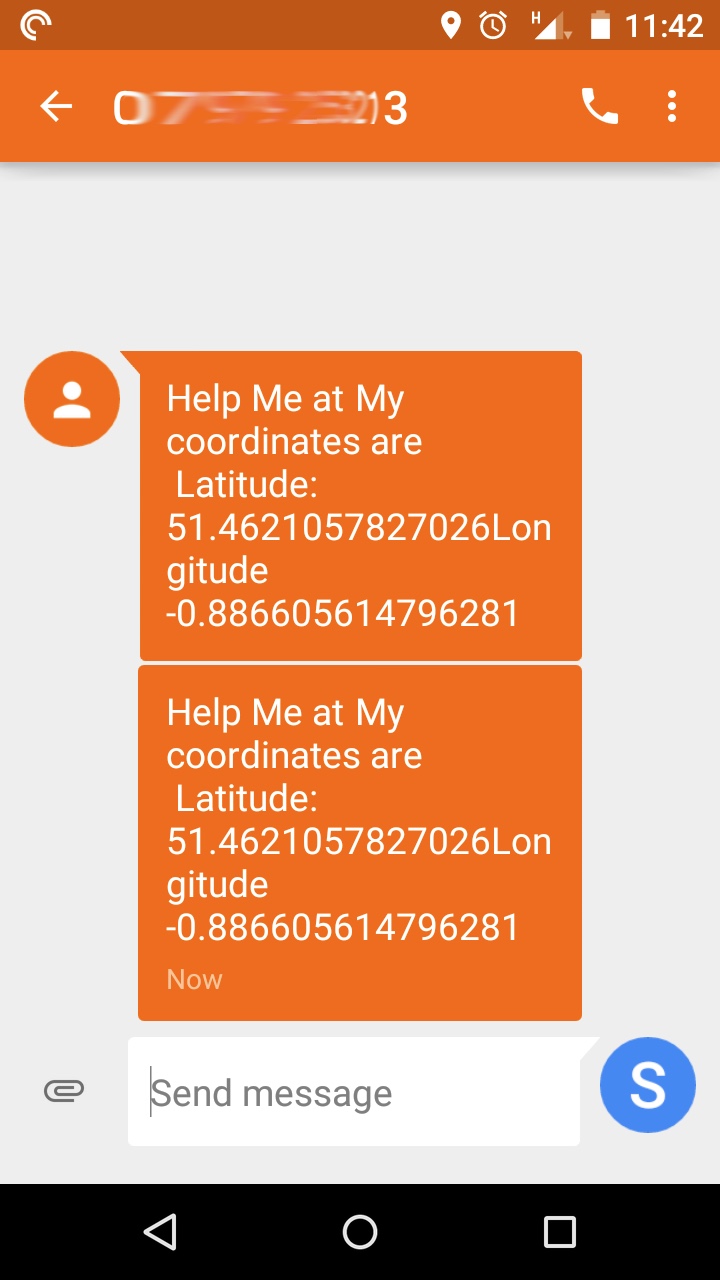 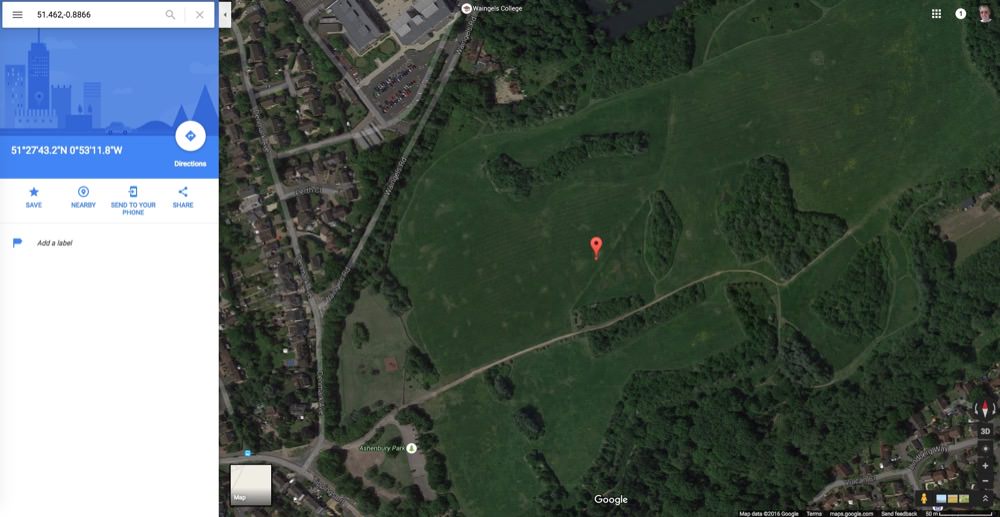 Spot on - Help! I've fallen over into a ravine... in Ashenbury Park! 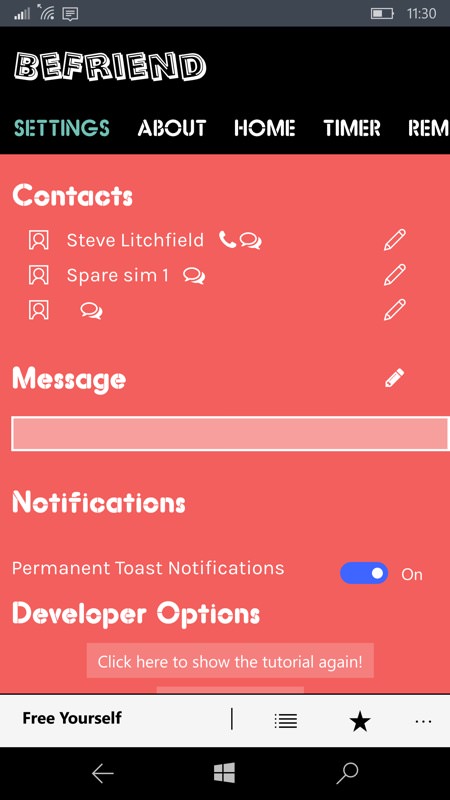 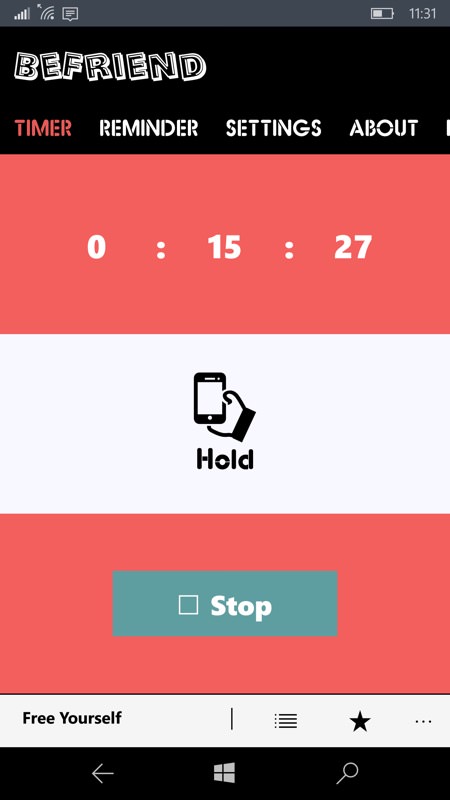 Setting up three emergency contacts (SMS and calling), with the facility for a custom message. Make sure you enable the 'toast notifications' for best results, as this enables the background agent features; (right) the slightly odd 'dead man's hand' trigger system. Maybe you'd use this while in physical danger, e.g. on the subway late at night?

Secondly, what if I fell down into a ravine (again, pretend this wasn't my local park!) and was unable to reach my Windows 10 Mobile phone to call for help? If I'd set a time by which I should have reached base camp (or, in my case, the pub!), then when that time came BeFriend's background agent pops up an 'Are you there?' message. If I didn't then manually 'Dismiss' this then the emergency actions would again get triggered. 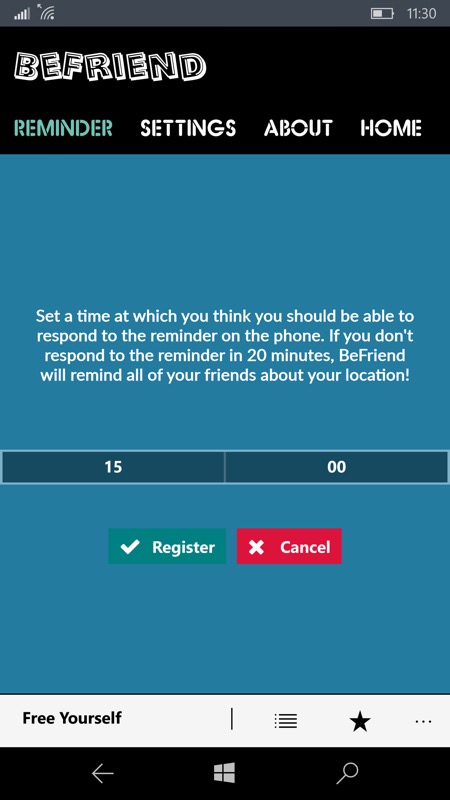 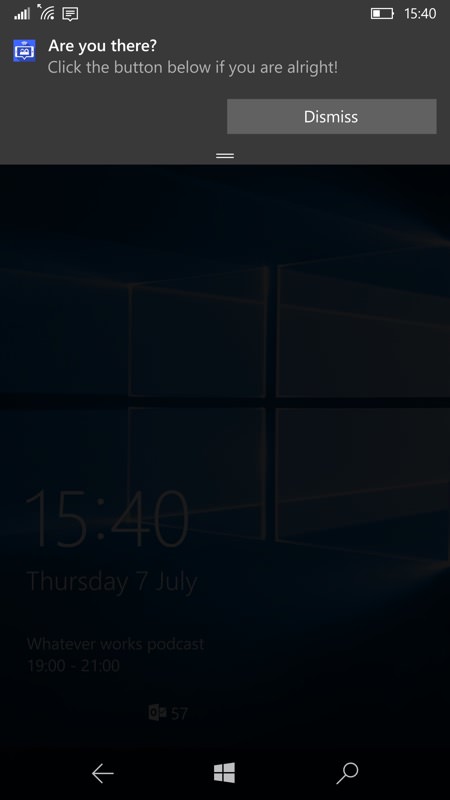 Setting a time by which I should be safe - and then 'register' it with the background agent - which then pops up a toast (note that the screenshots above are from different tests!), which you'll need to dismiss, to reassure the application that you're safe and that no emergency exists. 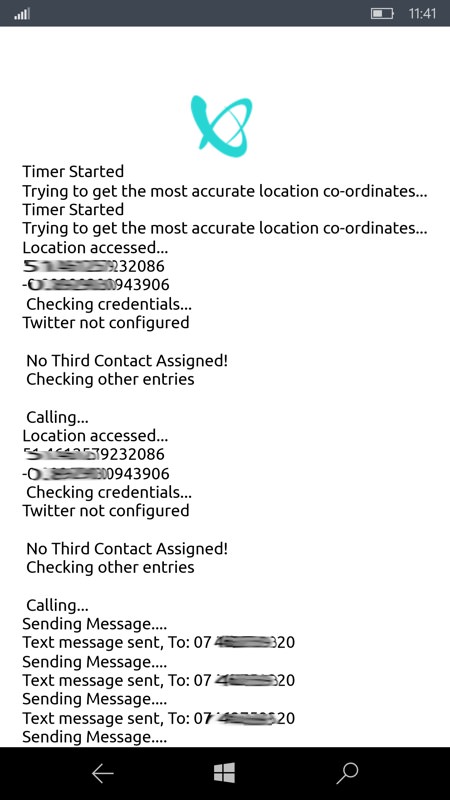 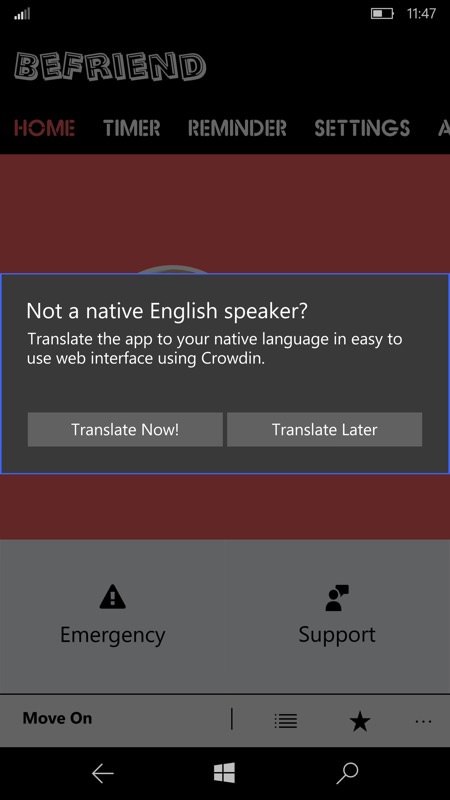 When one of the conditions is triggered, it's emergency time though and a no-frills log screen starts recording what's going on - perhaps useful to have a record of this for someone helping out later? Time stamps would have been nice though; (right) oddly, I got this prompt a few times - I'm hoping this is just a bug in an included text translation module and not spyware - anyone?

It's all rather clever, although:

So there's clearly work to be done before this is fully recommendable. 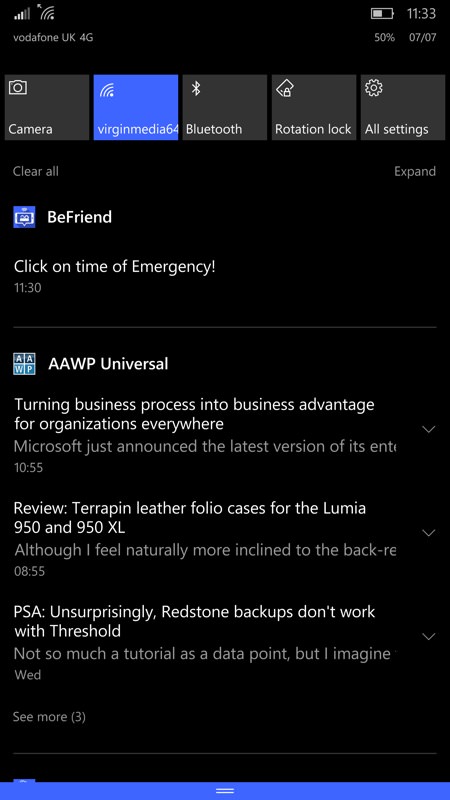 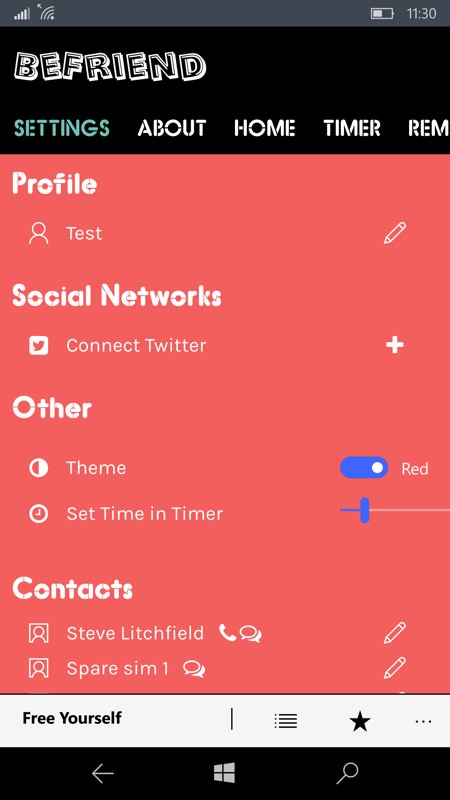 Here's the Action Center notiification - tapping this is a way to say you're in trouble; (right) there's a choice of themes, though only red or blue(!) And an option to tweet that you're in trouble too, though surely this is taking emergency response a little too far?

I checked the source code repository and this project does seem to be 100% legitimate, with an Android version that's been in development for many months already. But I'd welcome your comments having tried it too (it's free!) - any unwanted charges to your bill or is BeFriend behaving itself? Also, what use cases can you think of for such a utility? 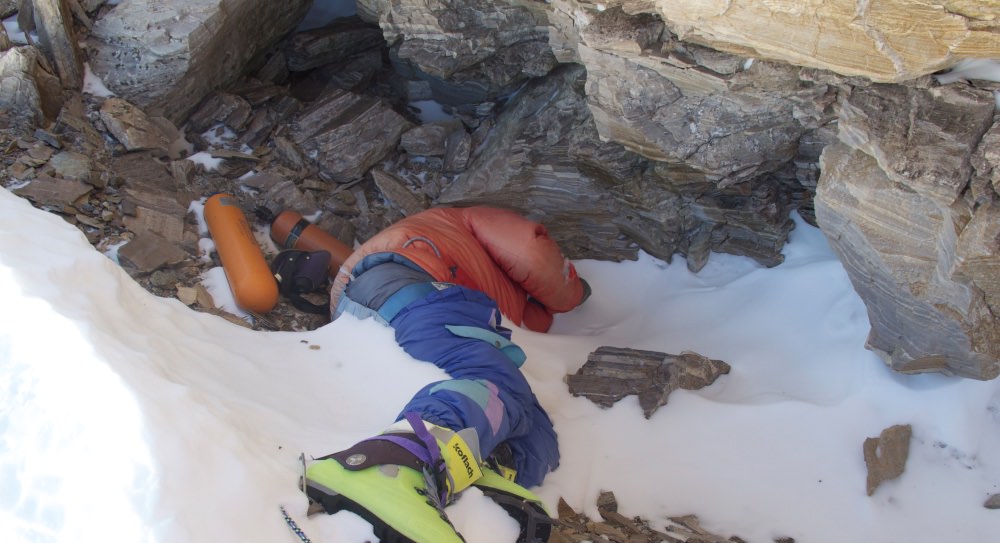