That I've left imaging to part four of this multipart review is a clue as to the Elite X3's pretensions - it has an occasionally surprisingly good rear camera, but there are limitations. Everything else about the device is optimised for work and for productivity - the most an X3's imaging would typically have to cope with would be a shot of a building site, a white board, or a QR code. Having said that, you know me, I've been out and about shooting some lovely arty photos with it anyway. 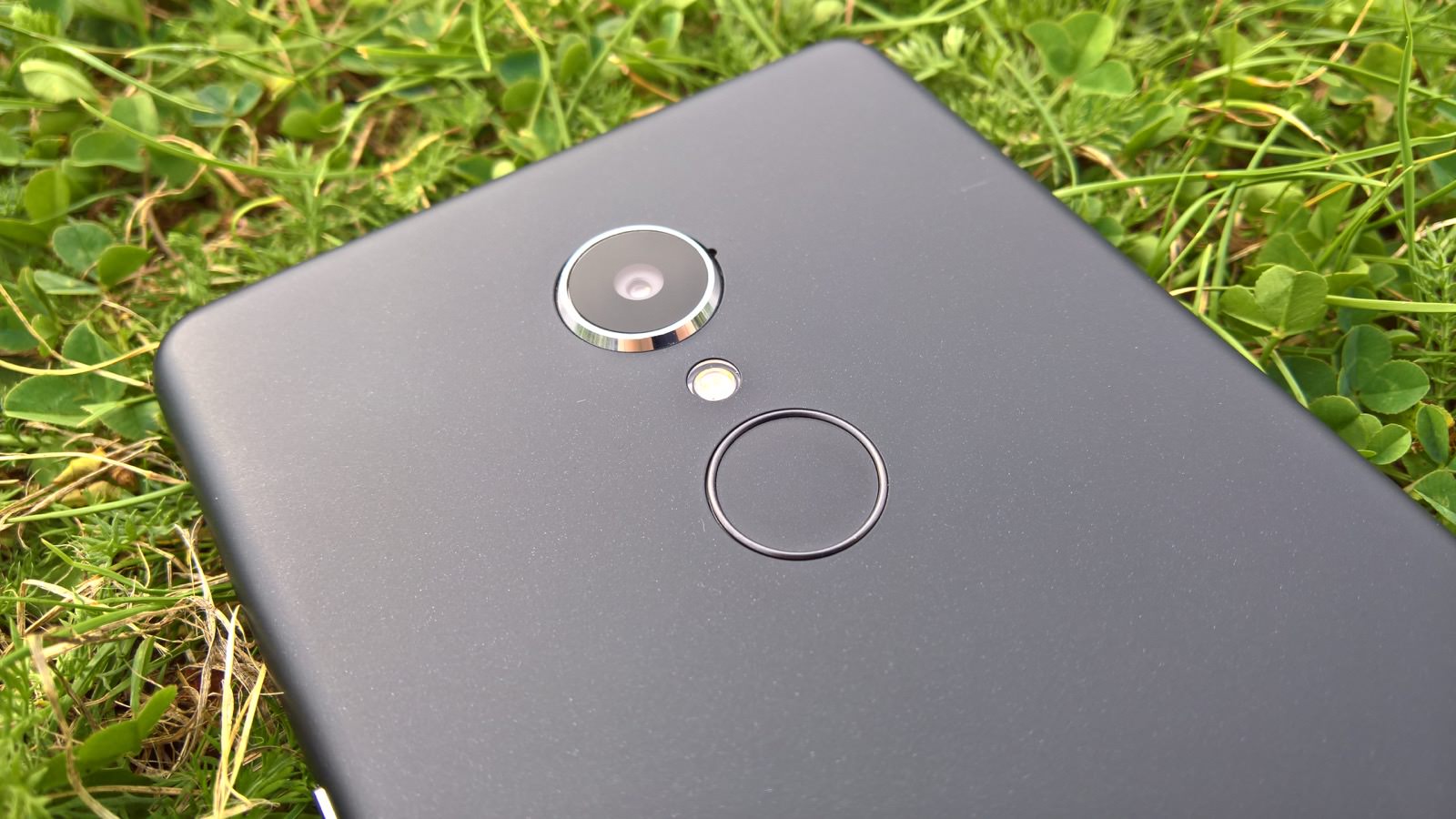 The specifications of the main camera in the HP Elite X3 do vary slightly, depending on where you're looking things up (this is most definitive - probably!), so  consider the details here 99% accurate, but no absolute guarantee.

Of note is the relatively small aperture (by 2016 flagship standards) and the lack of OIS, but this isn't a big deal for most shots, as you'll see below, you have to take light levels down pretty below before the Elite X3 camera starts to underperform.

In addition, there are a number of question marks over this aspect of the Elite X3:

Regardless, photos from the Elite X3 are surprisingly good, easily up with the snaps that we expected from flagships just a couple of years ago. See what you think in these examples - I was a bit limited in terms of access to bright sunny conditions, but managed to get some nice sample photos anyway. In each case, click the photo to grab the full-res 10MP image for doing your own analysis, if you want to do so: 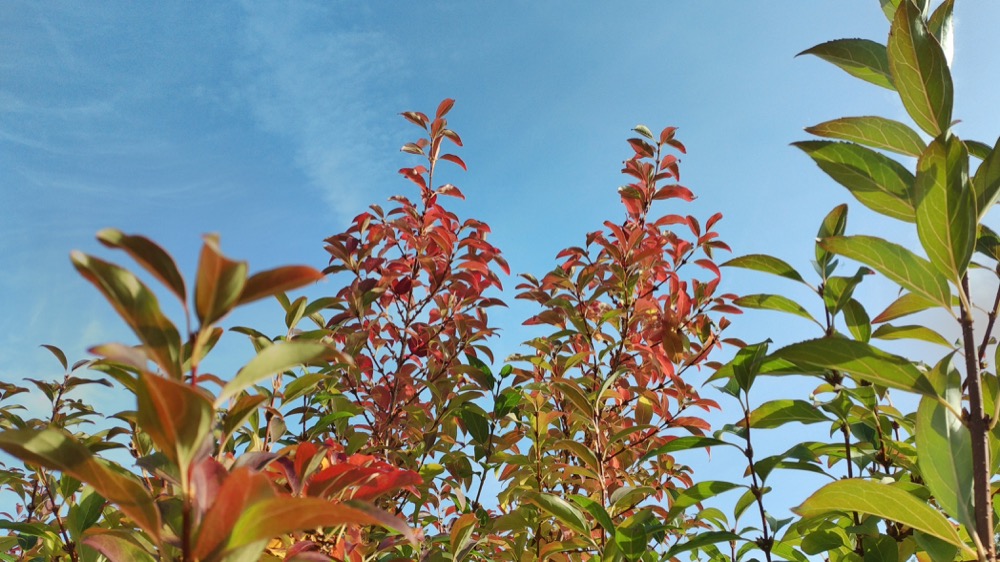 Terrific colours here from the Elite X3, admittedly under perfect lighting. I actually took two tries at this, one with HDR (here) and one without. They were both excellent, but the extra dynamic range from the HDR swayed me here. 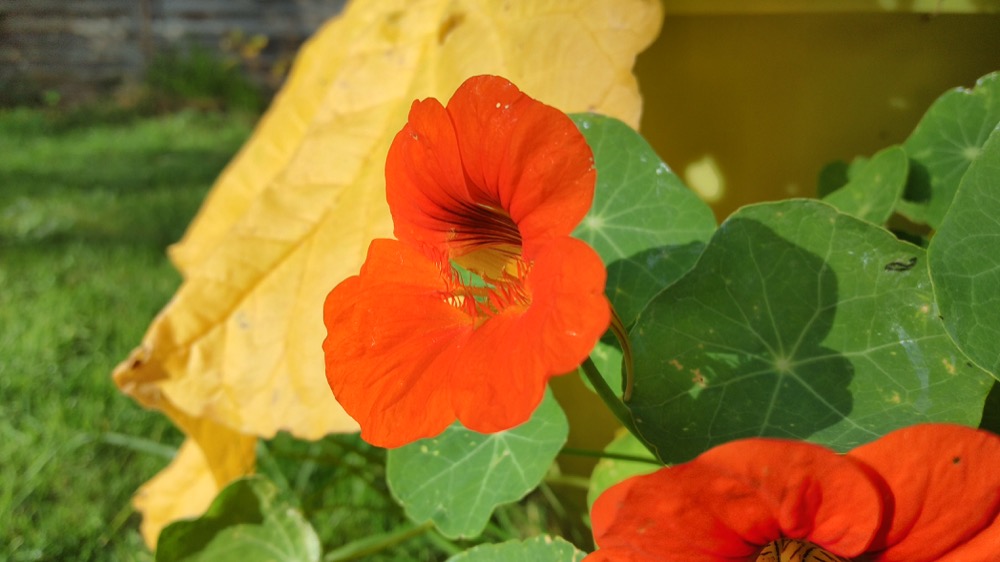 Making the most of limited sun-time here in the UK winter, I went a snapping in the garden, some nice crisp detail here and easy focussing even very close-up. 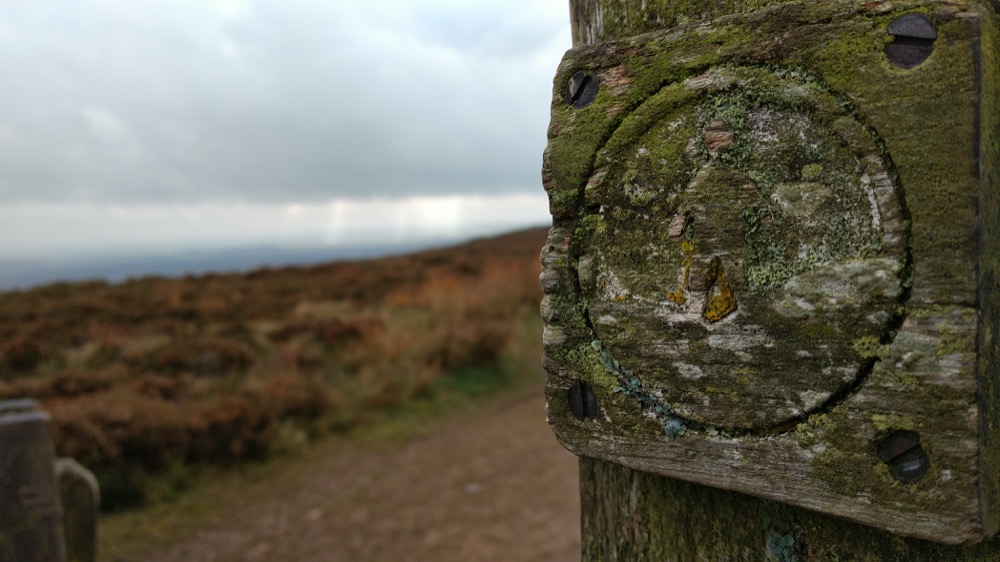 Back to the gloom, but some interesting views and stuff to shoot up on the hills. Here showing great close-up detail and shallowish depth of field. 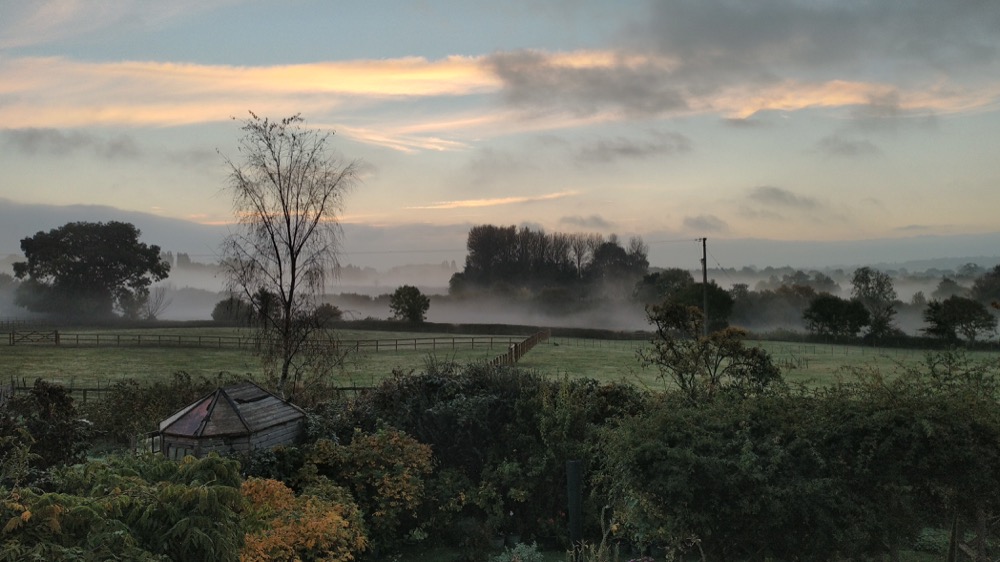 Early morning in the country and with mist rising from the damp fields. Again, I shot several snaps, with and without HDR - this one, with HDR on, struck me as being more detailed and interesting. 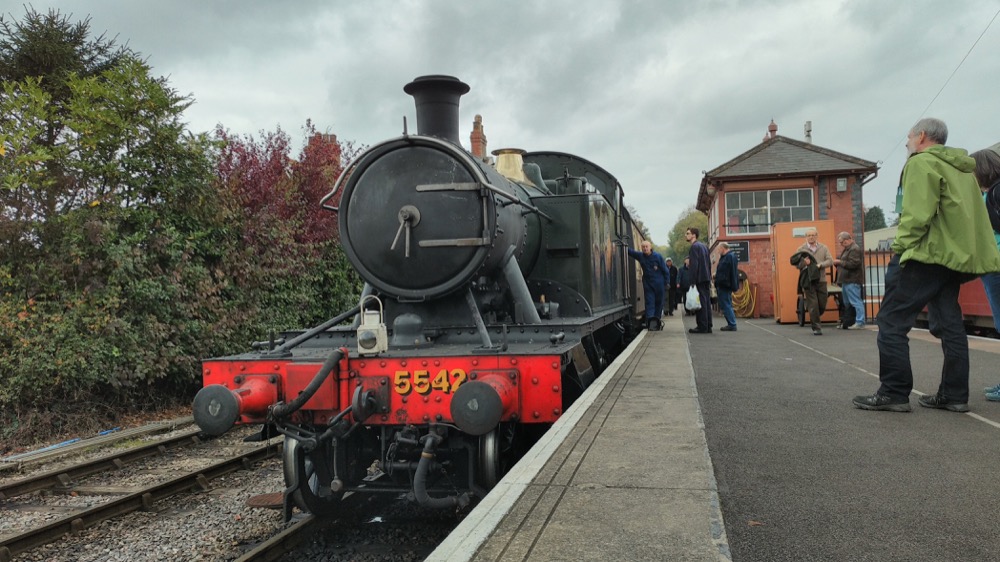 Gloomy still, but I couldn't resist this steam train. Again, I shot with and without HDR and this time I went with the standard, non-HDR shot. Excellent detail and colours, considering the light. 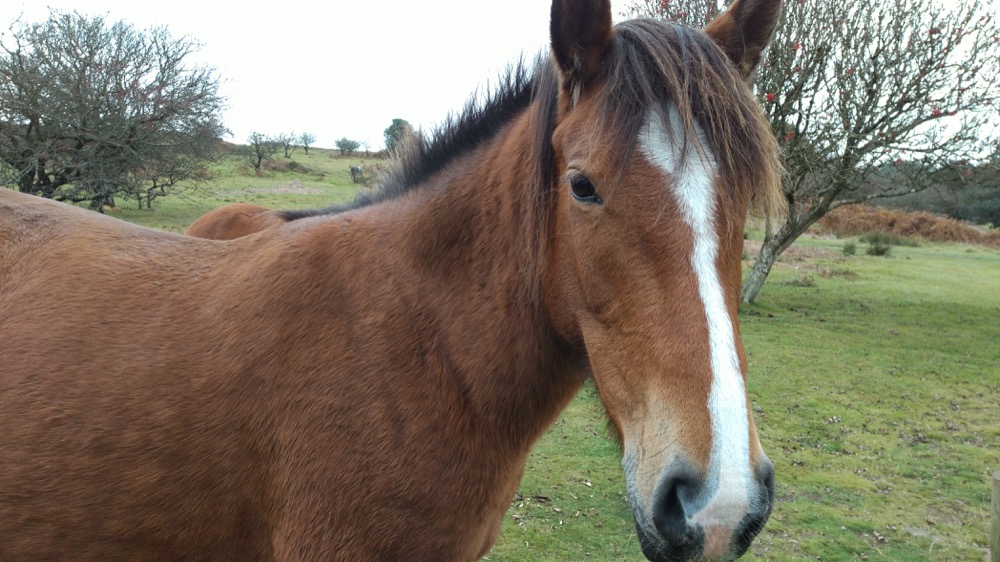 I came across this chap(ess?) on the hills, a good showcase for detail and texture. Again in dim, overcast conditions, so not easy for the phone camera. 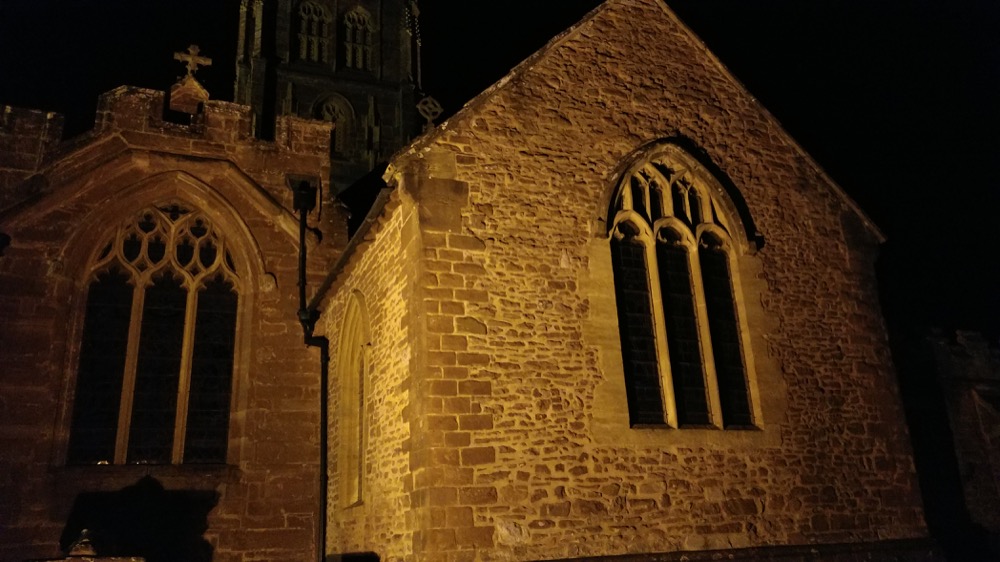 Night time, then, and only one of my local church's floodlight was working - but it still made for a textured shot on the X3. This was shot handheld and the X3 went down to 1/15s exposure time. Maybe I was lucky - there's no OIS here - but the shot is crisp and atmospheric. 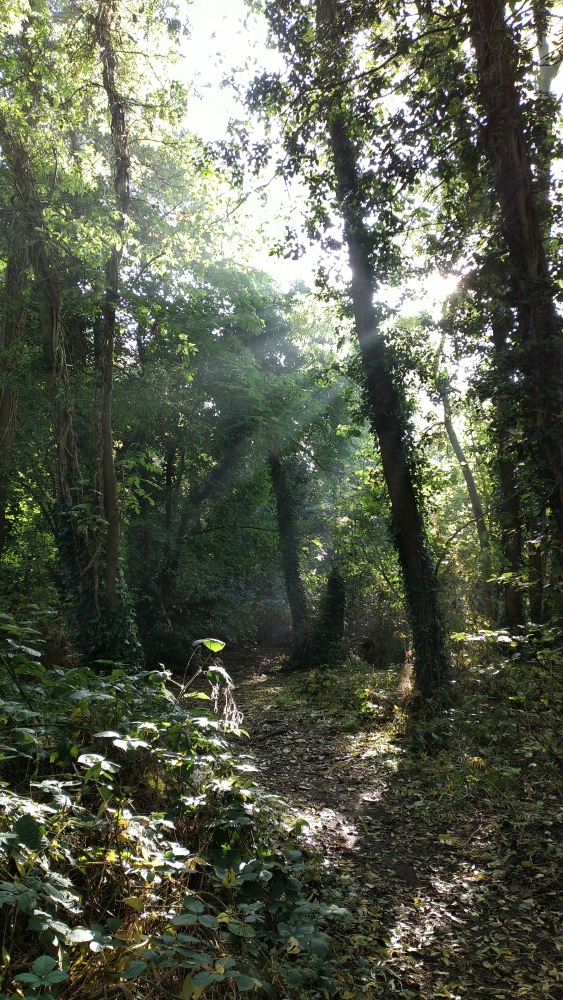 Trying out a portrait shot and I was pleased with the X3's handling of light here - the rays through the dust/mist were captured perfectly.

My more interesting panorama tests were on the hills in the gloom - this one's in a flattish local park, but at least there's some sun. Decent stitching, despite shooting into the light, Windows 10 Camera does a pretty smooth job at panos now. 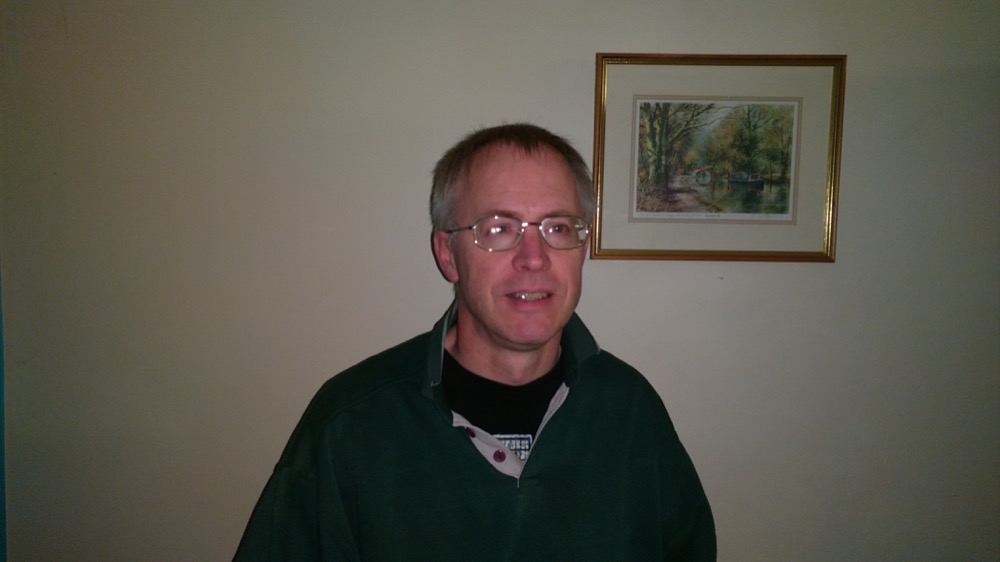 Trying out the single LED flash indoors, at around 1 metre - results are typically camera-phone-poor, with slightly blurred shot from the 1/30s exposure. Still, I can't imagine many evening/party shots being attempted by people using HP Elite X3s.... Well, maybe the office Christmas party....!

Overall, I was much more impressed with the Elite X3 camera than I was a few months ago - the OS, application and firmware updates have worked wonders, as you can hopefully judge for yourself above. It's certainly more than good enough for the X3's intended market. Windows Phone and Windows 10 Mobile enthusiasts will be wondering how far it sits behind the Lumia 950 XL, a device which has far more 'focus' on imaging - and I'll come to that shortly.

The front camera is less well defined, as you'd expect, but the essential specs are:

So nothing special, and it's a typical fixed-focus high resolution 'selfie' camera, but it produces very high quality stills, an example of which is shown below (and yes, even I'm fed up with seeing my own face, but if I hired a pretty female 'model' then I'm sure I'd have to answer some serious questions from my wife, so...!) Again, click to grab the original: 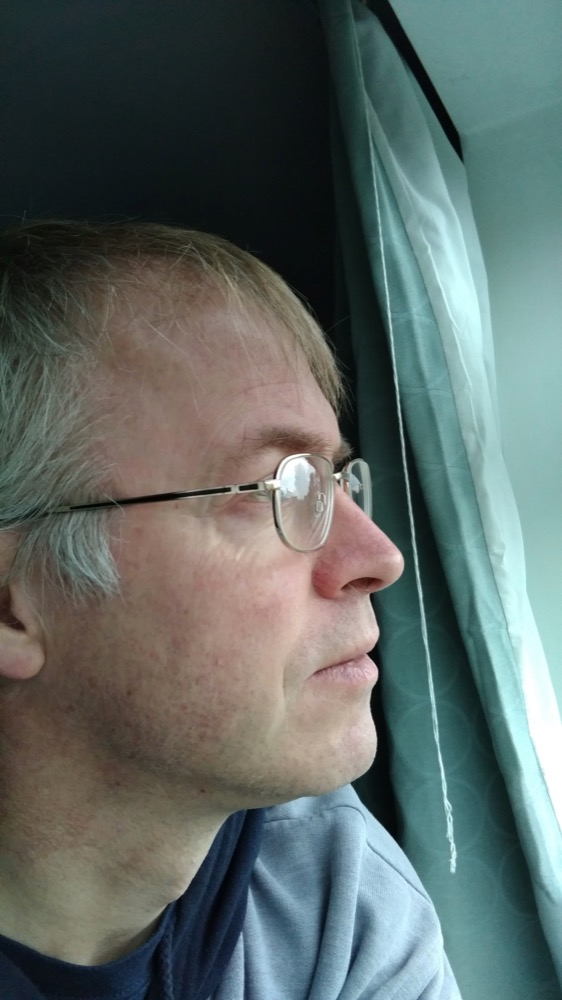 The X3's main camera can shoot up to 4K, making it possible to 'Save photos from video' (it's there on the Photos/Edit menu, just as on the Microsoft Lumias) to extract 8MP stills. Which is decent, though note that Windows 10 Camera's (pretty good) digital stabilisation doesn't work at 4K - if you want this then you need to be shooting at 1080p, which is what I've done below - in the absence of Optical Image Stabilisation, EIS is just about essential. (I'm guessing that there's simply not enough real time computing power to be doing the digital stabilisation at the higher resolution - in theory, it should still be possible since even 4K video isn't using the whole sensor here.)

I was limited for lighting, as you'll see (UK in winter), but it's still a useful test. Do allow for YouTube recompressing the video a little, by the way, and try to watch it in 1080p if your bandwidth and monitor size can stand it:

In such relatively poor lighting, I wasn't that surprised that the EIS in Windows 10 Camera struggled when I was moving, but overall it did a good enough job when shooting a steady frame (e.g. of either aircraft). As expected, the zoom worked pretty well, the 16MP sensor has quite a margin of error when asked to zoom in on a 2MP (1080p) video frame.

On the audio front, the captured sound was clear enough, and with no real breeze/wind noise, though it's only a mono recording - I'd have liked to have seen the option, at least, of capturing in stereo. Still, maybe this will come - we've seen improvements to camera audio in the Lumia range in the past during their lifetimes.

Comments welcome on all of this - did the Elite X3 surprise you in any way?

PS. As a bonus part to this review, I've done a shootout against the current all-round world phone imaging champion, the Lumia 950 XL.