I've always been a huge fan of Lunar Lander style games - balancing retro rocket pulses with gravity and wind shear, avoiding obstacles in order to land upright on a trickily-positioned pad. And 'Landing Confirmed' here is a new Windows Phone game in the genre, having been ported from Android, combining classic Lunar Lander concepts with outrageous mechanisms and layouts. It's insanely hard - and addictive. And best of all, seems to be completely free. What are you waiting for?

In Landing Confirmed, you will guide a rocket across various levels. Fly through challenging obstacles, avoid shooting cannons and moving objects, and open hidden paths in order to safely land your rocket at the finish.

It's certainly pretty to look at, plus there are musical loops of high quality which play over the phone speaker to add atmosphere. Where Landing Confirmed really scores though is in its speed of play. After the initial 30 second loading time (that's the Unity graphics engine for you?), levels only take a few tens of seconds typically, but if you crash and burn then you get to retry immediately. This is important, there's no waiting time while you think 'Enough of this, I'll go and do something more productive instead' - you're just straight back into the action, trying again and again.

It's partly why Flappy Bird was addictive back in the day and it's partly why Landing Confirmed is likewise, years later. Once you start, it's hard to stop! 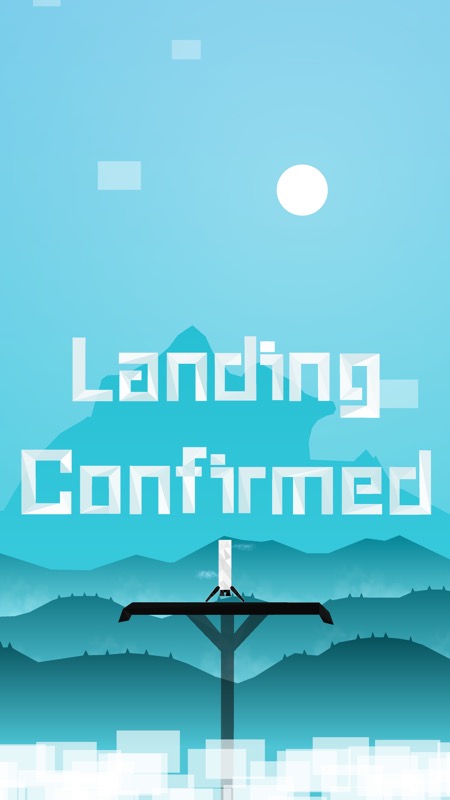 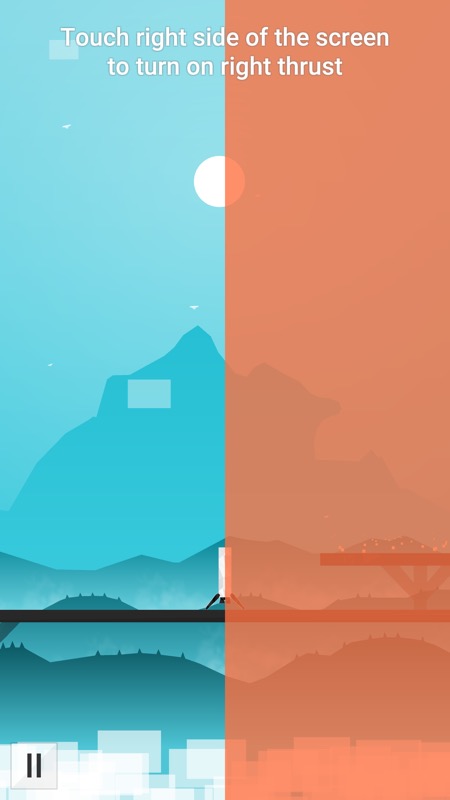 The idea is that you control left and right thrusters and therefore have to juggle/balance the spacecraft on its flight up and down again. Left and right touches on the screen are enough, though I found that they were wired wrongly for my brain - tapping right for the right thruster would rotate the ship left (obviously) - logical, but thankfully there's an option in settings here to have the controls 'inverted' and then I found the game slightly easier and less frustrating to play. 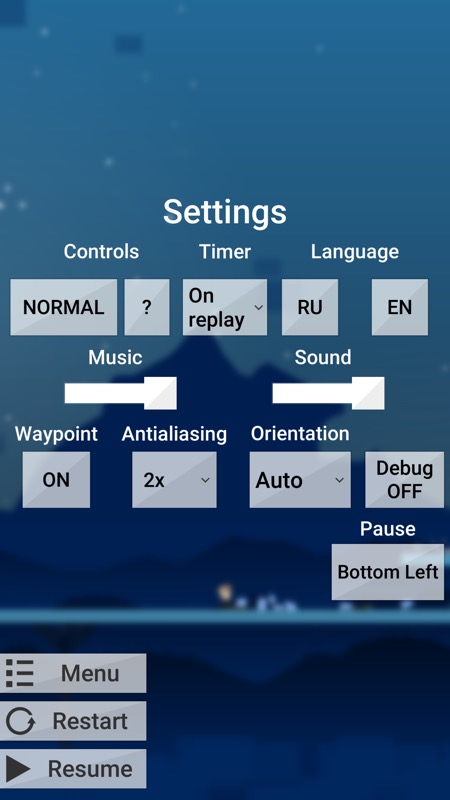 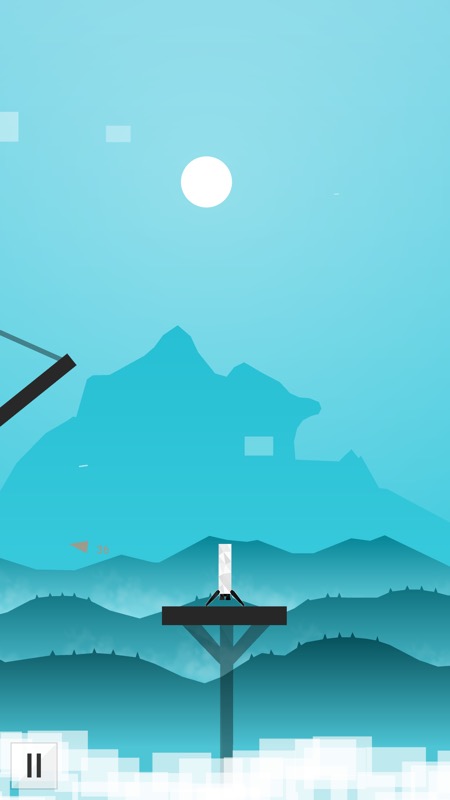 Curiously, despite the game 'having in-app-purchases' noted in the Store, there's no sign of any (yet) in the game - maybe it will time out after a week and demand some money? Anyone know?

In each level, you take off and then manoeuvre as needed to complete the level - these increasingly revolve (pun intended) around moving arms and structures, making your spaceship control time critical and even harder. The backdrops are pretty though there's no vertical parallaxing, i.e. while you're falling under gravity there's no vertical movement of the background, meaning that there's no feel for how fast you're falling until it's too late. You do get horizontal parallaxing, so the omission is curious. 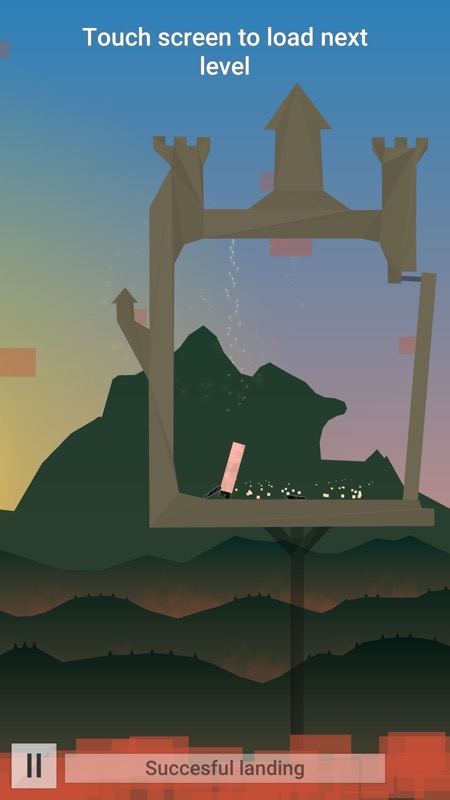 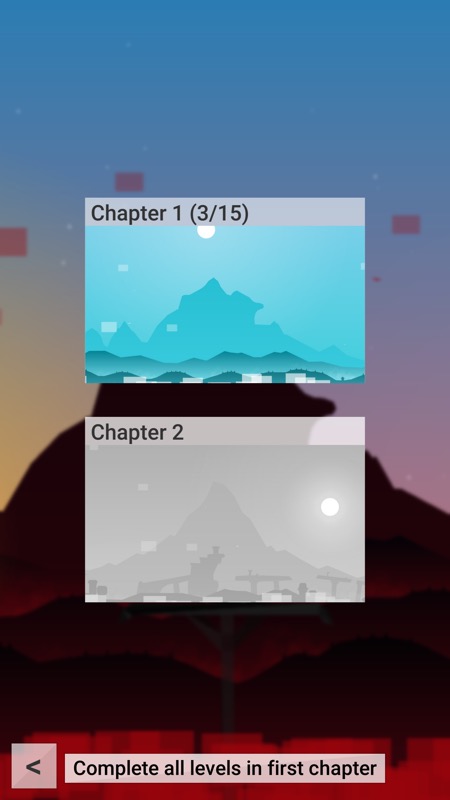 For most levels though, you don't really get high enough to worry about such things. It's more about juggling thrusters to keep the craft balanced and moving slowly to accomplish the mission - going through a drawbridge, activating sky-based controls to open a rotating wall, and so on.

There are 30 levels to defeat and, trust me, it'll take tens of hours of gaming to get through them all - Landing Confirmed is HARD.

The game is particularly well programmed in other ways too - it works perfectly in landscape mode, as shown below, so you can use your phone in whichever orientation you prefer. 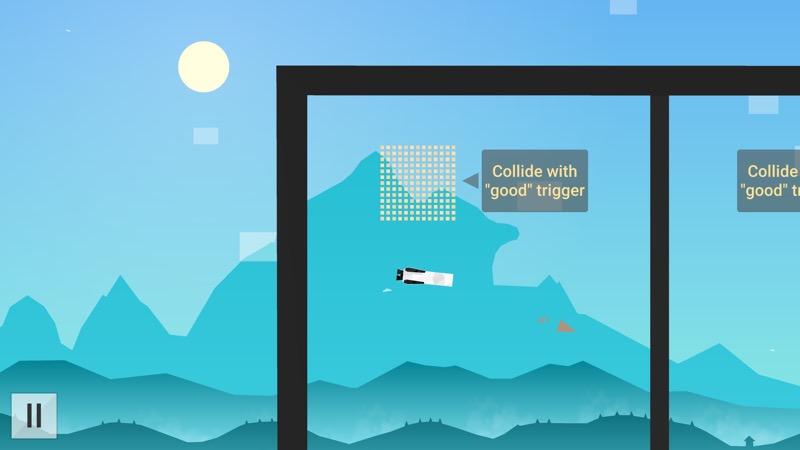 A top game - somewhat minimal in its pretensions, but then I like that about a title. Kind of the opposite to another dreary, overblown Gameloft game!

Comments welcome, do you agree that this is both hard and super-addictive?