An almost perfectly implemented game, Yaht 3D has been around for a while in Windows Phone 8.1 form - and implemented as a UWP application, bringing in Windows PCs and Hololens, etc. Dice rolling super-realistically, scoring with virtual pencil rings, and so on. Well worth a download for Christmas if you're after a graphically sophisticated game with quick yet thought-provoking gameplay.

'Yaht' is a generic (and old) game name standing for what has become many different variations of the same idea. You'll have heard of one of the most common, of course: 'Yahtzee'. These are old dice rolling strategy games and a personal favourite of mine. It's all about taking sequences of up to three rolls of five dice and scoring them against a number of poker-ish 'hands', but with the catch that you can only score against each hand once. So, for example, you manage three sixes in a sequence and you score them against the 'sixes' line on the scoresheet. And then, purely by chance, later in the game, you throw four sixes, yet you can't score them because you've already used that line. And so on. There are lots of scoring and probability subtleties, many of which you won't even realise until you've played a few dozen games. 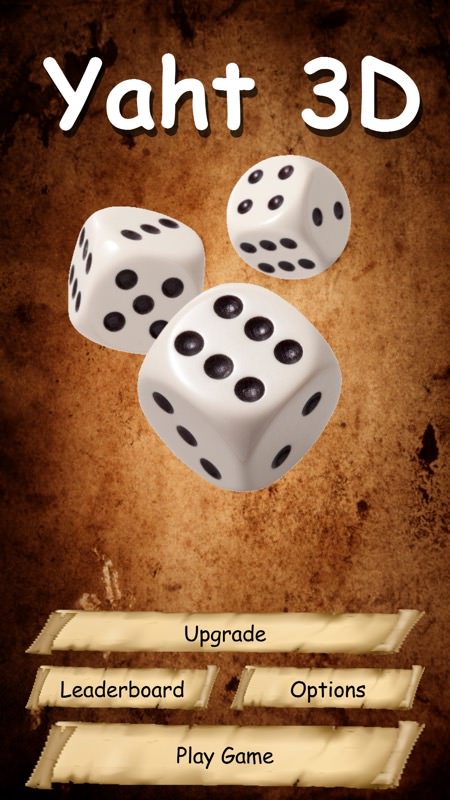 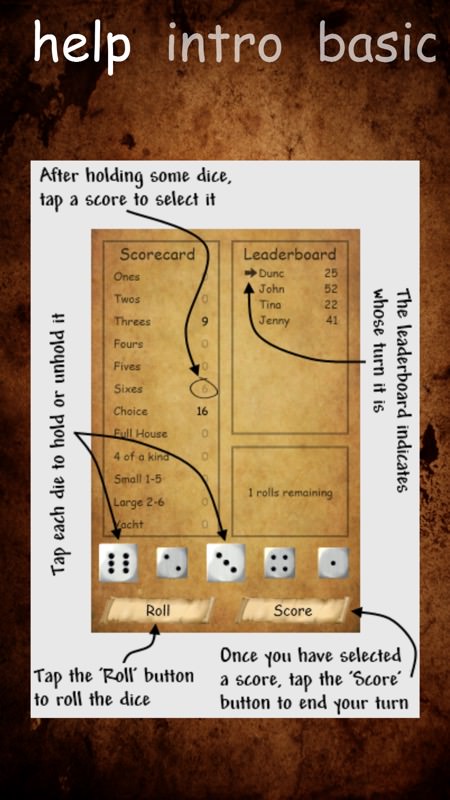 The fun of gambling away potentially good hands and scores against the possibility of even better ones is addictive. There's a good reason why Yahtzee variants have been a staple of every game-playing platform for decades. In fact, there are numerous variations, and (once you've paid up with the in-app-purchase) you get no less than five in this one title. For example, one here has a bonus score for achieving a certain minimum score in the basic dice ('Upper section') multiple lines, for example. Other variants include differently shaped dice, up to 12-sided, amazingly, something I've never seen in the real world.

At which point I should come to the most impressive part of Yaht 3D - the dice physics. We're not talking simple token animations here - the dice are thrown, roll and bounce so accurately that once I even got a dice 'stuck' on an edge and it was showing neither one face nor another (though sadly without a way to 'nudge' it to fall!) It's a very satisfying experience in terms of visuals and sound. 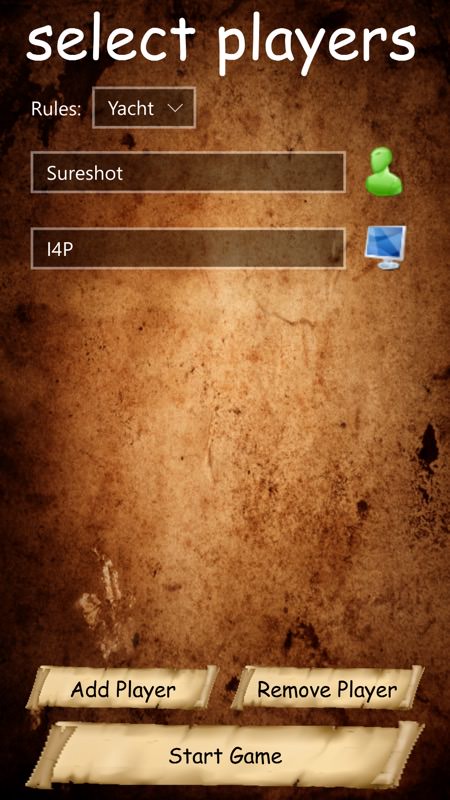 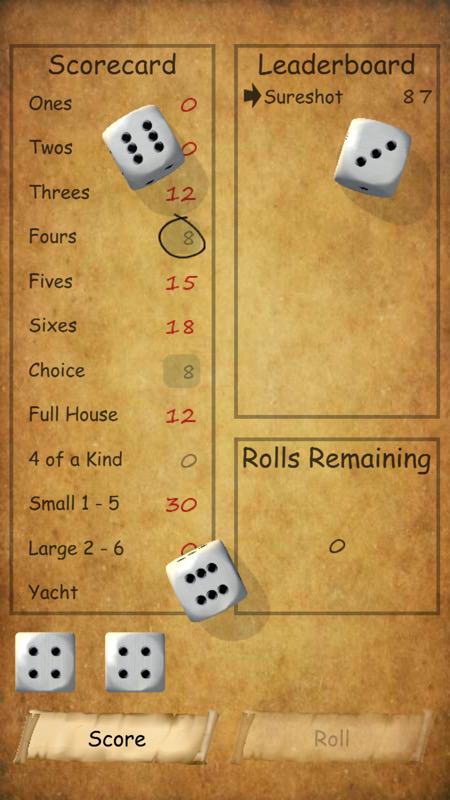 My only quibble would be the confusing way that the dice are presented at the start of each hand, they're 'thrown' back onto the board ready for you to 'Roll' them again, but initially you'll think that the throw back is actually your new roll and it takes a few games before you get comfortable with the rhythm of this.

Once you're in the swing though, you can forget the taps and mechanics and let the logic and probability theory seep in. Is it best to go for that high scoring dice hand and do you have a poor scoring line to dump the dice into if the gamble doesn't come off? Is it best to press on with the current dice hand or to switch to a different target for the final roll? That sort of thing. As I say, there's more gameplay - and more skill - here than you might think. 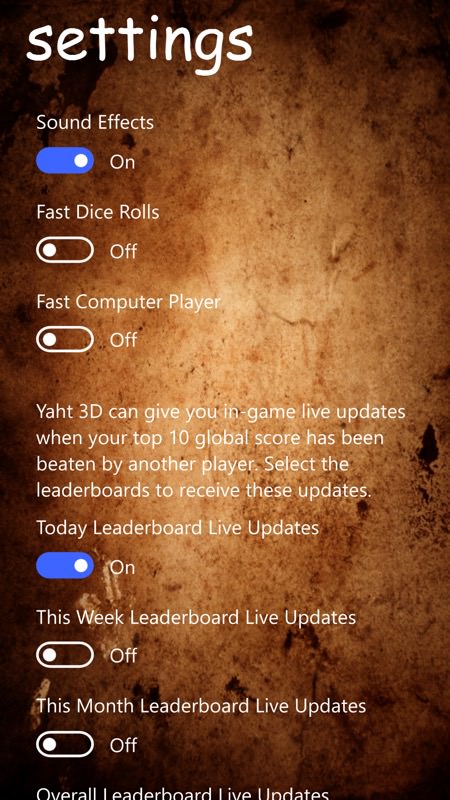 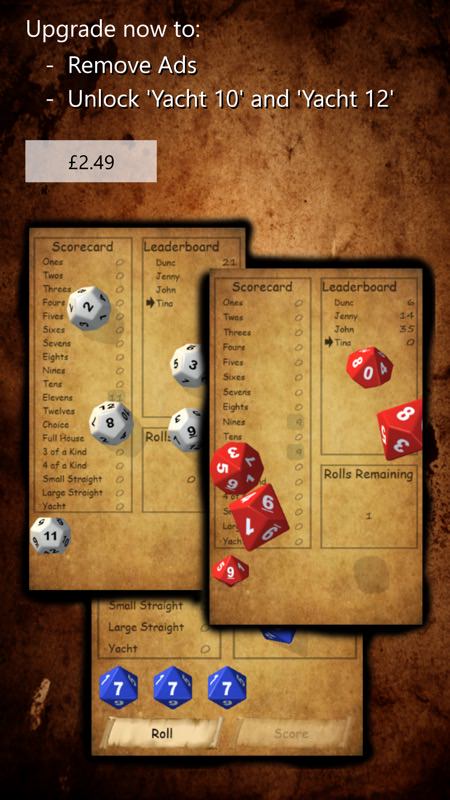 Yaht 3D offers multi-player action via 'pass it round' (e.g. with a friend) or against the computer/AI, though given that the computer's going to be far better at probability calculations than me, I was very happy just playing against myself, tracking my high score. It's a mentally challenging game if you play it right and a good way of keeping the grey matter going. 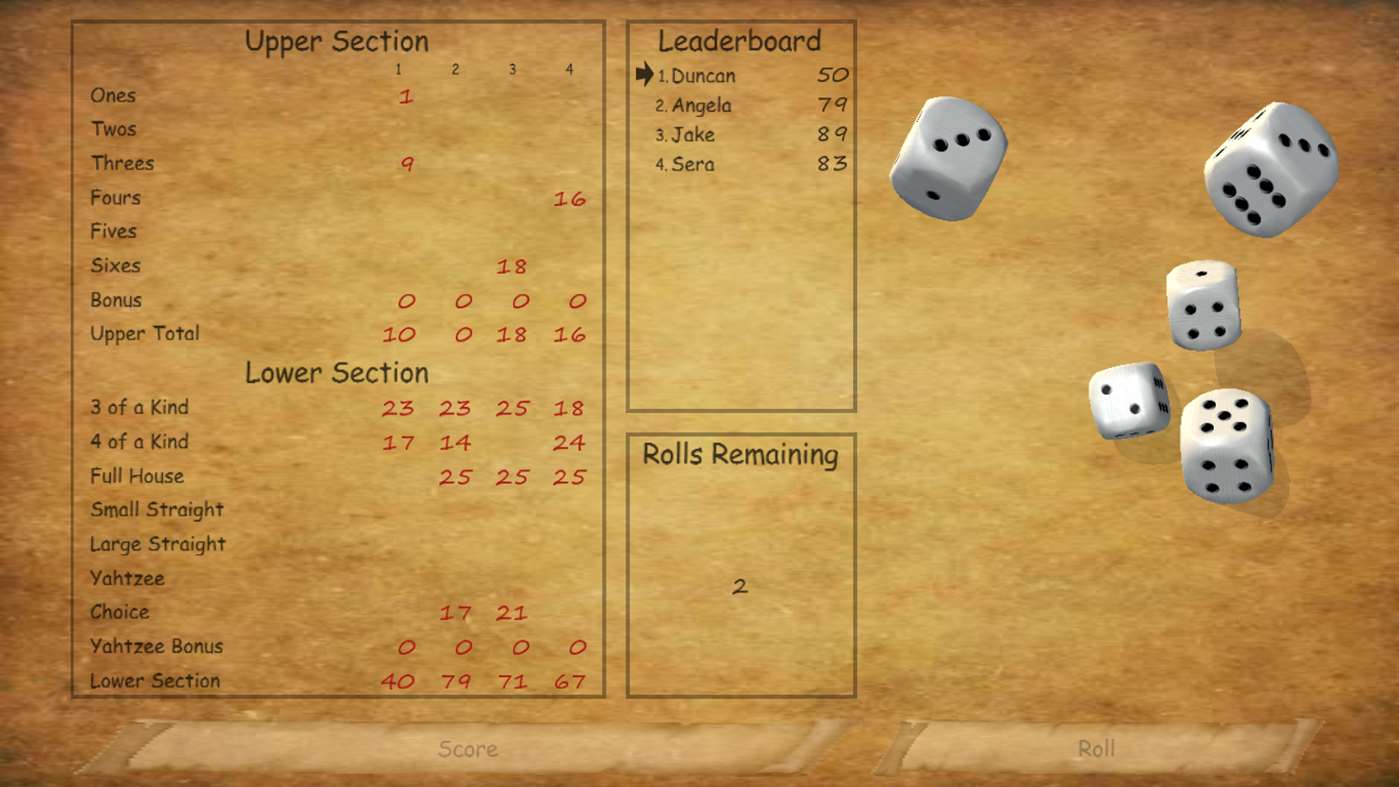 Yaht 3D on Continuum or Windows 10 on a laptop - rather more screen real estate for multi-player games and dice rolling!

This UWP game is free to download (here in the Store) and play, but with small banner ads. If you pay the one off upgrade fee, in-app of £2.50, then the ads go and you get all the variants unlocked. Totally worth it.

PS. There's a Help section with basic rules, but many of the bonus scores (such as repeated five-of-a-kinds) aren't mentioned anywhere. The developer says that more documentation is coming. Which will then help you (and I) get remotely close to some of the outrageous scores in the high score list!