In part 1 of my Wileyfox Pro review, I concentrated more on the physical, the hardware - in this, part 2, I look at imaging and multimedia features (such as they are), even though the handset's mission statement doesn't really include them. Balancing things out, I factor in everything from both review parts and arrive at a verdict. 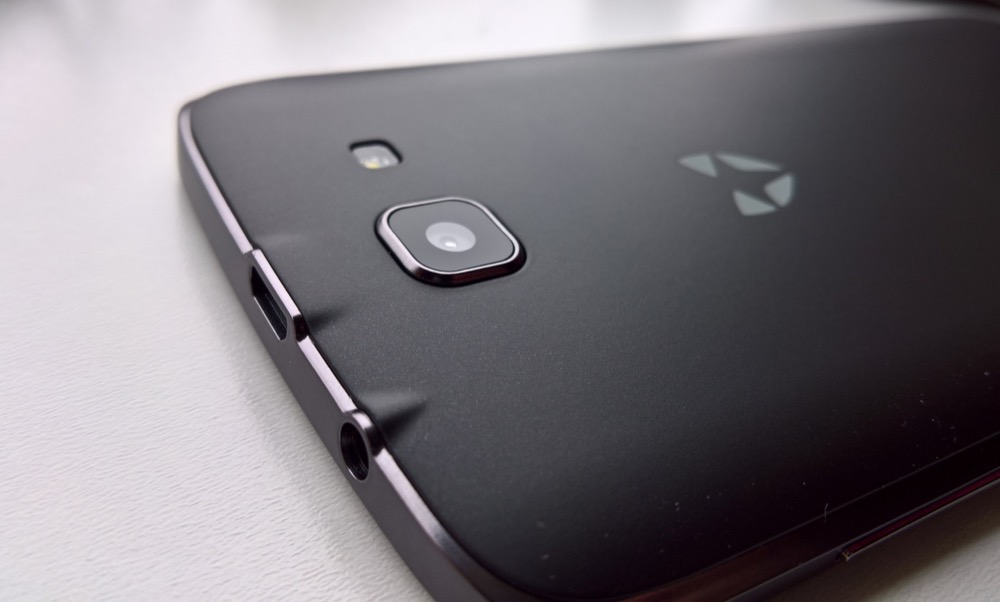 Back in the day (2009), an 8MP camera on a phone was deemed insanely top end - and here we have the ostensibly low end Wileyfox Pro sporting just such a unit, against all expectations. As it happens, the auto-focus speeds are roughly what they were in 2009 too, i.e. very slow, more limited here by the lowly Snapdragon 210 chipset.

Get the focus right though (i.e. wait) and the excellent Windows 10 Camera application pulls out some good photos from something that deprecates its own imaging as far as possible - taking photos and videos is absolutely not a priority for the target market and use case, though being able to snap a whiteboard or chart, or perhaps scanning QR codes, still means that a reasonable camera is needed.

As you'll see below, the 8MP f/2.8 4:3 camera in the Wileyfox Pro can produce some decent results, so this side of the phone's functionality does hold up. There's the aforementioned aspect ratio oddity, in that 16:9 shots come out in 4MP resolution and it's not clear whether this is by design or just a bug. It does however explain why all my test shots below are in 4:3.

As usual, click on any of the thumbnails to open or download the full 8MP resolution JPG images, for your own analysis: 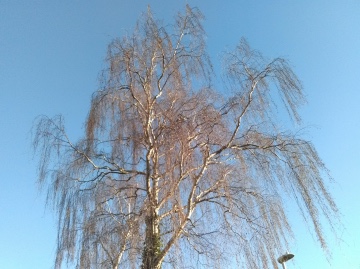 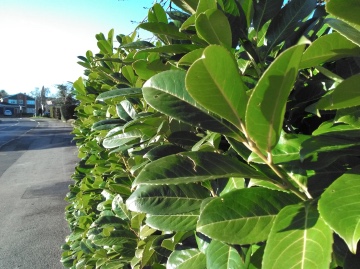 Focussing was a bit hit and miss on this willow tree, but the result is still fine for social sharing; (right) great results from these very green leaves in sunlight. 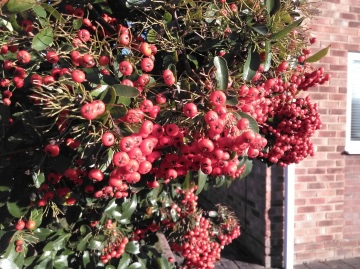 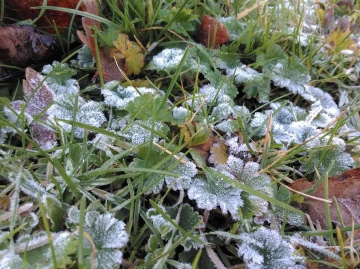 Decent results here for some berries and (right) frosty leaves in shadow, no complaints for these static subjects. 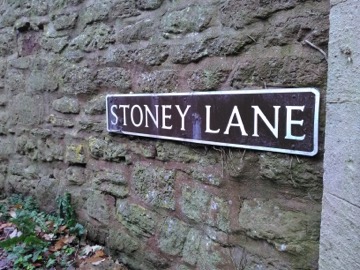 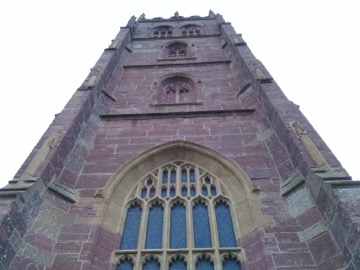 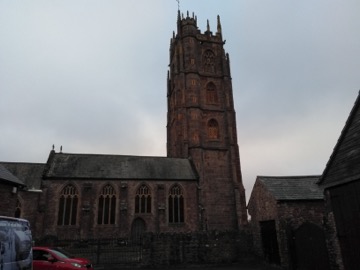 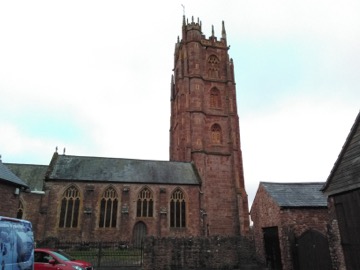 An example of a photo taken on 'auto' (again, gloomy conditions) and with an extra exposure stop added in Windows 10 Camera - it makes all the difference. Score one for flexible software! 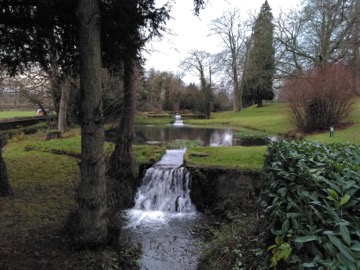 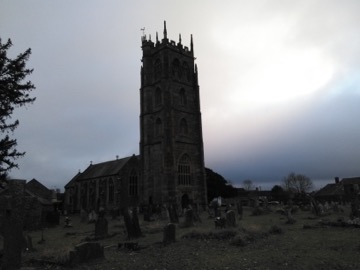 Also shot in poor light, look closely at these photos and you see all kinds of artefacts and blurring from the needed shutter times (1/30s), lack of OIS and cheap optics. But all as expected at this price point and pitch. 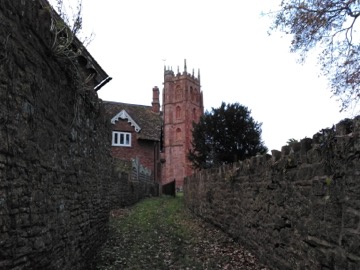 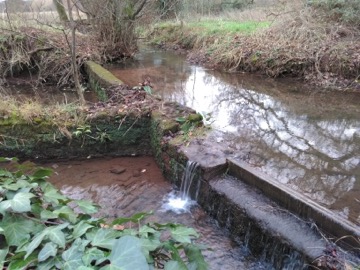 The path shot here was on full auto and came out brilliantly, in terms of exposure and details, ditto the water scene on the right, both shot in very overcast light. The water scene went as high as 1/20s for shutter speed, so you need a steady hand! 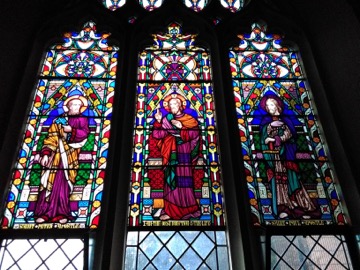 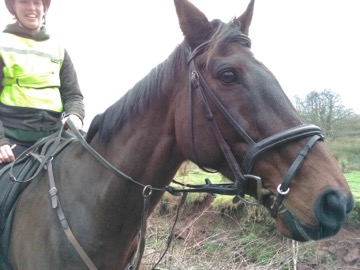 Static shots like the window here can come out extremely well if you're careful, dynamic shots with moving subjects really need great light. This horse snap isn't too bad, but suffers from exposure problems. 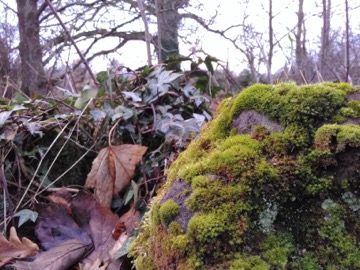 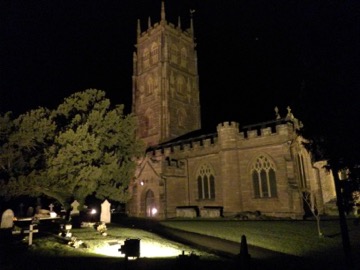 Macro shots are a bit hit and miss in terms of auto and manual focus, but this moss shot came out crisply enough. The night shot went to 1/10s, and I tried to keep my hands steady, with a decent social snap here. Just don't look too closely at the pixels!

Panoramas are handled very capably by Windows 10 Camera these days, and as a result the Wileyfox Pro does well here, in overcast conditions, producing an interesting and effective panorama photo.

Still photography is as expected then, from a cheap off-the-shelf camera in a budget smartphone. Shoot in the sun and you'll get good results as long as you take care with focus lock, shoot in poor light and good results need a lot more care and skill. But - yet again - for the target market, users handed the Wileyfox Pro by their boss to be used as their 'work' phone, they're unlikely to be taking many 'pleasure' photos with it. It'll be all about snapping whiteboards or pages of notes, as reminders. For 'down the pub' snaps and landscapes, they'll likely have an iPhone or Android device (or even a Lumia!) on hand, with its own SIM, microSD/storage, etc. to oblige.

Video capture is limited even more - the Snapdragon 210 chipset puts a hard limit of 720p and this then is what I used for testing, at 30fps. 720p is still technically classed as 'HD' and can be decent, but it's further limited here by the chipset struggling with auto-focus, as you'll see in the video clip linked below. When it's working the clarity is very good for such a cheap handset/camera, but then the focus wanders off and there's a few seconds while the combination of chipset and camera software work out which way to bring things back on track.

Add in occasional pauses in capture while something inside the chipset catches up (you'll see). Anyway, warts and all, here's a brief video sample, shot in good (weak winter sun) light, click to open or download: vidsample.mp4

In parts ugly then, in parts not too shabby. I had the optional Windows 10 Camera 'digital stabilisation' enabled, and this helps, but ultimately it's the auto-focus speed which crippled capture - it's possible that this can be improved in a firmware update, of course. Watch this space.

The same caveat as with still imaging applies, but even more so. The target market with their 'work phone' won't really have any need whatsoever to shoot videos under a business 'remit'. So any video capability at all is a bonus.

The Snapdragon 210 chipset does handle 1080p video for playback, thankfully, and I loaded up a number of 'Full HD' favourites via microSD card. They played perfectly, though the Wileyfox Pro's own display is itself only 720p, so it's more a case of compatibility than capability. Think an employer loading up a card with 1080p demo or tutorial videos for products, perhaps? 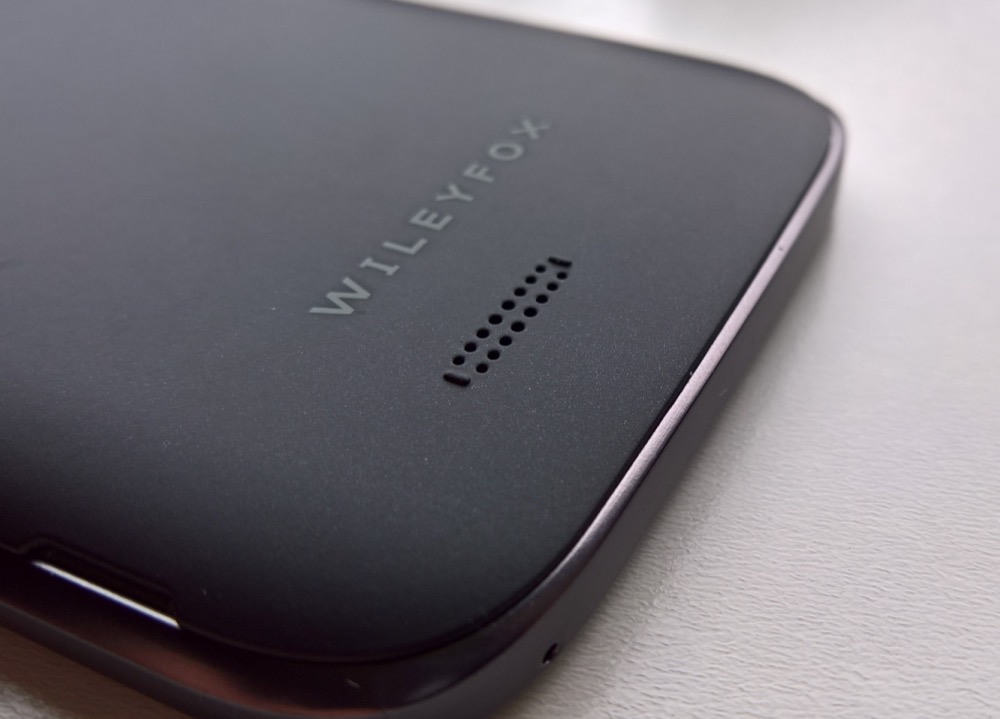 On the phone's back is a solitary and unexceptional speaker, protected by two small 'nubs' to stop the speaker grille being muted when you put the phone down on a hard surface. You wouldn't expect speaker magic at this price point and you don't get it - it's loud enough for occasional video views and for speaker phone calls, but don't get your hopes up too far.

Things improve when you plug in headphones or a line out cord to another gadget though - yes, the Wileyfox Pro has a 3.5mm headphone jack, not always a given in late 2017. With my studio 'cans' on, music quality was decent. I've been used to the high amplitude quad-DAC output on my Axon 7 in recent months, so this was a step down in terms of dynamics and volume, but it's still on a par with the vast majority of other phones in the world. In a business context, I'd expect to occasionally need to plug the phone into a speaker or presentation system, and the Wileyfox Pro is capable in this regard. 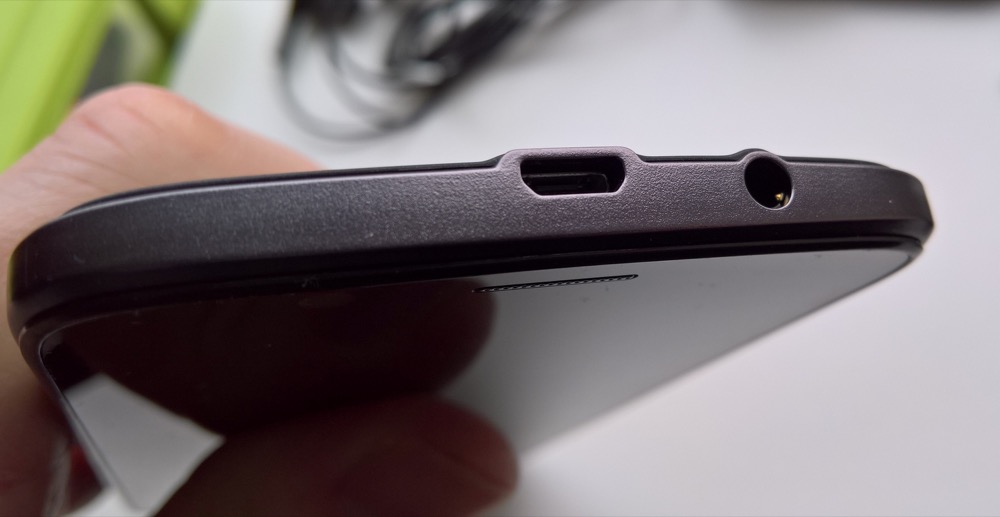 And you can add in the usual Bluetooth audio goodies that come with Windows 10 Mobile, so there's full compatibility with car kits, for example.

Windows 10 Mobile, along with the gaggle of Microsoft UWP applications, is very much 'standard' these days. Just as on the Alcatel IDOL 4 Pro. So you get 98% of what is in the Microsoft Lumias, but not the extra Settings panel ('Extras'), no compatibility with Lumia Creative Studio (tying into Photos), no Glance screen, no Double-tap-to-wake, no audio Equaliser. None of these are showstoppers, but put them together and you can't help but feel that there's something missing if you're coming from an older Lumia, for example.

Still, that's not really the point. The Wileyfox Pro is meant to be a workhorse phone for company documents, email, and custom UWP applications. In just the same way as you'd give this to an 11 year old to stop them sideloading and pirating and ending up being compromised (been there, done that, dished out budget Android phones to nephews and nieces of various ages, you won't believe the mess they could get the phone into), the idea is that a company IT department will dish the Wileyfox Pro out to stop employees doing much the same thing (no offense intended!) 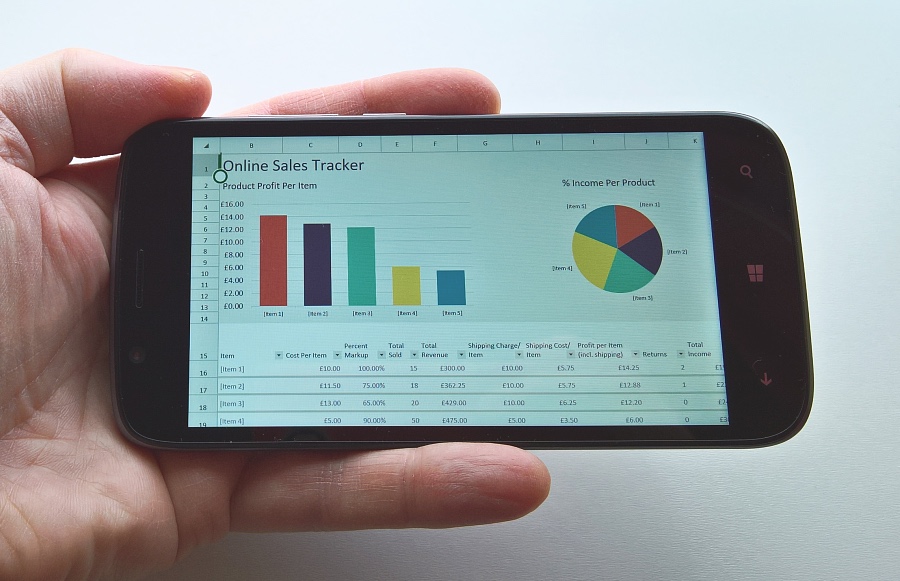 The security issues with using Android are very real, once you move away from the biggest brands and highest end phones. Buy a load of cheap Android handsets for a company and they'll likely be a version or two of Android behind the cutting edge and usually devoid of up-to-date security patches - in other words, a sitting duck for the bad guys once someone taps on an emailed link that they probably shouldn't, or once they go trying to download things from dodgy web sites.

This is the world that the Wileyfox Pro is borne into, anyway. As such, I think it has a chance of carving out a decent niche, but a lot depends on how well Wileyfox's business network and contacts function, to get the orders coming in. And I'll be investigating that shortly in an interview here on AAWP.

PS. Remember to also read part 1 of my Wileyfox Pro review, in which I chat about the flexibility of the hardware and I test the handset's performance.