Who doesn't love a good physics-based arcade game? From Angry Birds right up to this, Heart Box, recently massively updated for Windows Phone 8.1 and Windows 10 Mobile (as well as other platforms) - it's unashamedly garish and brash, yet with new physics elements introduced steadily through the 160 levels - so you never get bored, only challenged.

Take the robot Robby through all the experimental rooms of Professor Rat to release him from the charger!

The levels are indeed fiendish and worthy of a professor - most start static, but at some point you realise that you not only have to figure out how to solve the level, but you also have to actually do it - with animated items such as bouncing balls, saws and falling boards, in which case you've got to have timing too.

Happily, the levels aren't so complex that you give up and you can take as many tries at each level as you like - the fun is in figuring out each of the levels before resorting to hints or level-slips. It's a mental challenge! 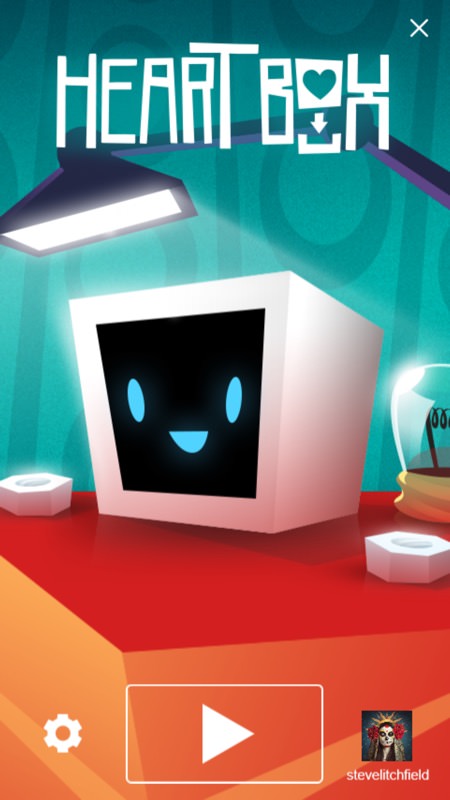 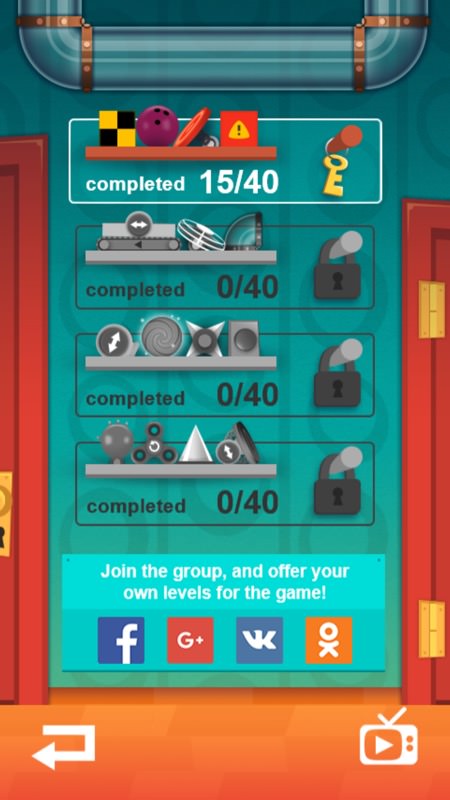 Bright and colourful and not particularly well optimised for Windows 10 Mobile, in that it's up to the user to swipe away the Windows 10 navigation controls, as I did here... (right) 160 levels should keep most people happy for a long while! You can skip levels in a pack up to a point but you have to achieve a decent percentage in order to unlock the next one, etc. Interestingly, the components on the shelves are the actual ones that are introduced in each pack! 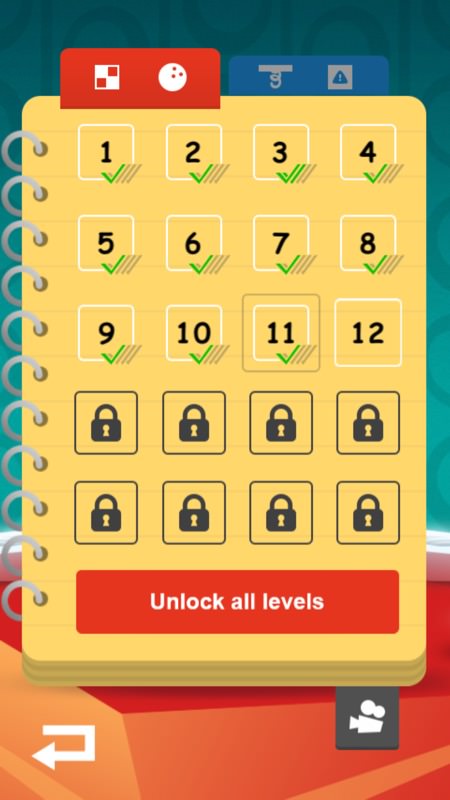 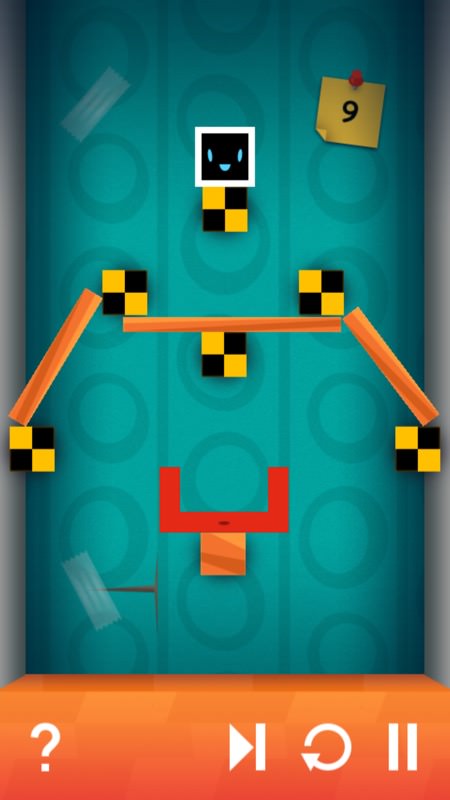 There's no three star system for solving a puzzle, but there are various modes, including one with a timer that runs out very quickly once you start tapping - an extra challenge if you decide that you need it! (right) into the core gameplay. You have to get the box character (robot Robby) into the red energy frame and all you have at your disposal is the ability to make the chequered squares disappear (by tapping). As the various physics elements fall, twirl, bounce, rotate, and so on, hopefully Robby will make it to the end of the level. 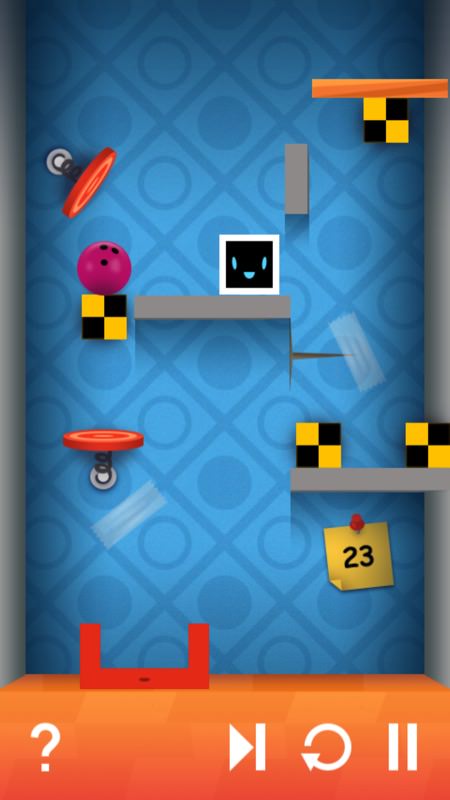 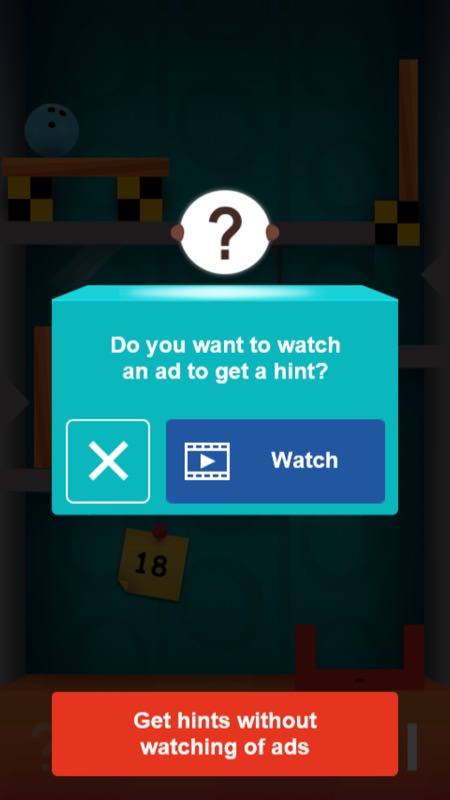 The 160 levels are very well designed and the key to solving them is to ask why each element is on-screen. It'll be for a reason, so get tapping and experimenting and you'll get there in the end; (right) if you do get stuck then you can opt to skip the level and perhaps come back later or - more usefully, ask for hints. These are available and sufficient to solve the level just by watching a 15 second video ad - which seems fair enough.

Heart Box is beautifully implemented (that navigation bar caveat aside), with little touches throughout. For example, on the Settings page, there's a switch. It turns a little light on and off in the background. And that's it. That's its sole purpose, but it's an endearing little insight into the developers' mind.

You can grab Heart Box here in the Store - it's free, though you may want to pay the £1.29 (in the UK) to zap the ads when needing a hint. And there's a larger £1.89 to zap all ads and unlock all levels in one go. All of which is a small price to pay for such a great game.