Now, this is certainly not traditional freemium - it's £15 to get rid of the ads, so perhaps it's priced as a desktop game, with this working on Windows 10 computers everywhere. But it works beautifully on Mobile, in this case my test Windows 10 phone, the Alcatel IDOL 4 Pro. There's the catch in that there are compulsory 30 second adverts to watch between games, but you can retry levels after dying without being hit by ads. So as long as you consider the waits to be where you sip your beer or coffee then this might be a load of motorised fun. 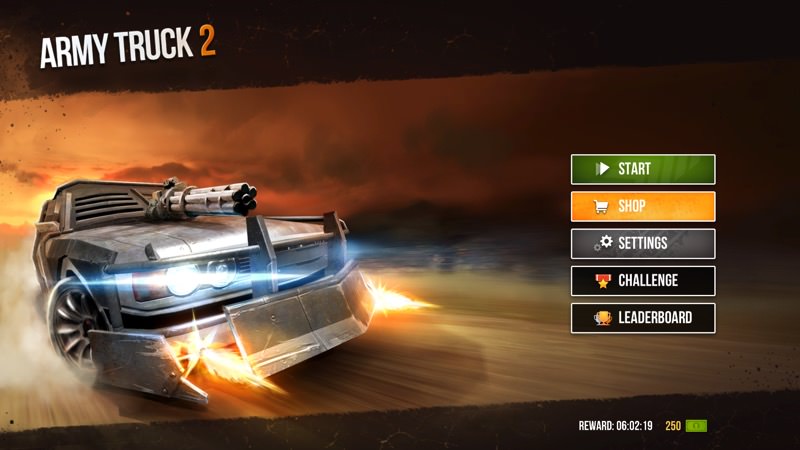 When arms industry moves to a high level, there is a need to use its achievements in the most unexpected areas of life. That's why in the future a new entertainment appeared. Car crashing competitions with military trucks demonstrate all novelties of the entertainment industry. This competition suits only for the most desperate daredevils!

This is a deathmatch game where you drive an armored truck and bring maximum damage to your rivals by crashing into them, shooting them and even electrocuting them. The more destruction you bring to the hostile trucks, the more points you get! And the more points you have, the more upgrade options await you.

Driving games are fun, right? And First Person Shooters ditto? Well, why not combine the two? Why not indeed, and although you can opt to go 'weaponless' ('Derby' mode) most of the time you'll be firing your outboard machine guns and dropping mines (after collecting them by driving past them) while speeding around opponent vehicles. And then ramming into them - there's more than one way to damage opponent vehicles. The catch is not to get damaged too much yourself and then be the last car standing (or at least finish the complement of cars needing to be destroyed). 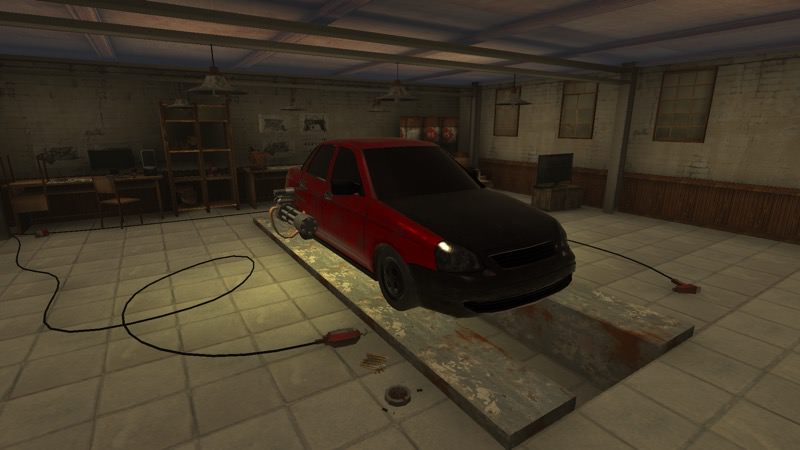 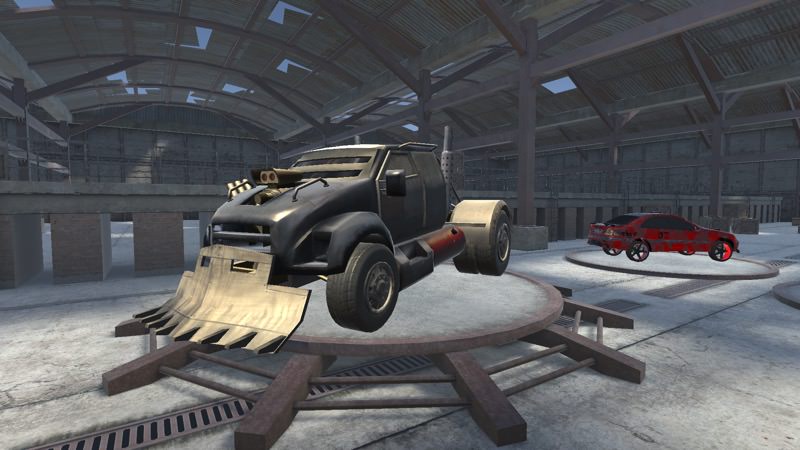 And you're helped in this by your own strategy, by your own driving and aiming skill buying your way to bigger and tougher vehicles(!) Ahem.

In fact, you can have a lot of fun trying and dying with just the starter car, so don't assume that you're forced to pay. Obviously, something tougher will help, but another £15 purchase is a lot to swallow in a 'phone game'. 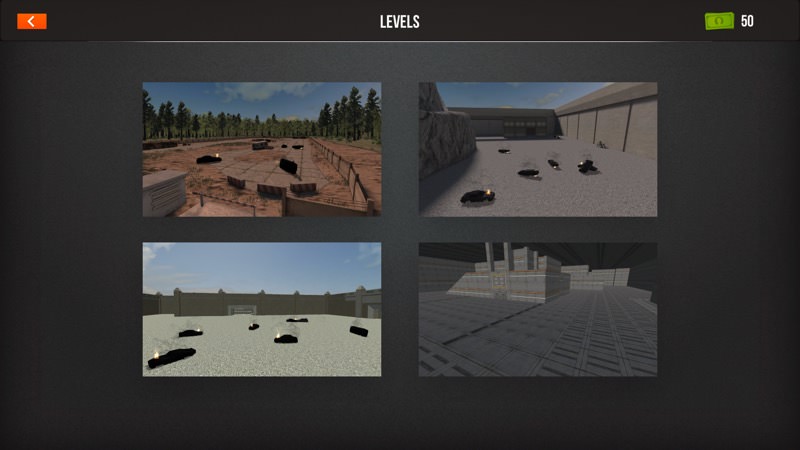 Only four arenas are available, but there's still plenty to play with in terms of obstacles, things to hide behind, things to vault over.... 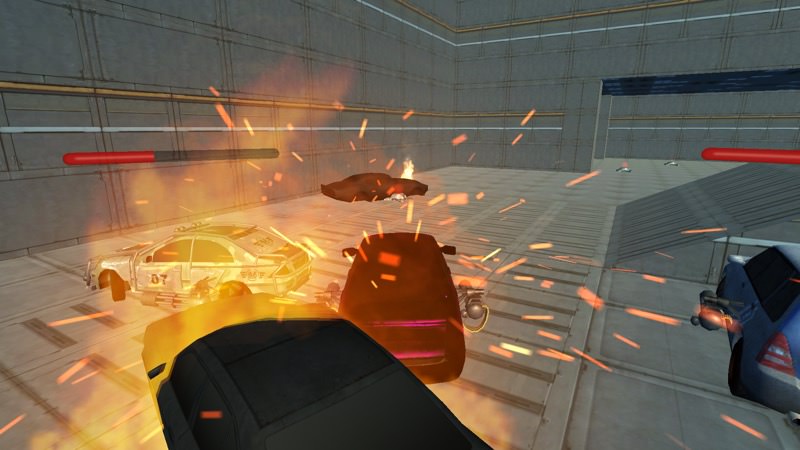 Army Truck 2 - Civil Uprising 3D UWP starts pretty quickly and runs beautifully, with realistic physics in four different 3D 'arenas'. Acceleration, collisions, steering, climbing over obstacles, it's all terrifically modelled and accurate. The subtleties of knowing when to fight and when to run, where to leave your timer-equipped mines, are all things you'll learn as you go along, but you'll get better and enjoy the process. 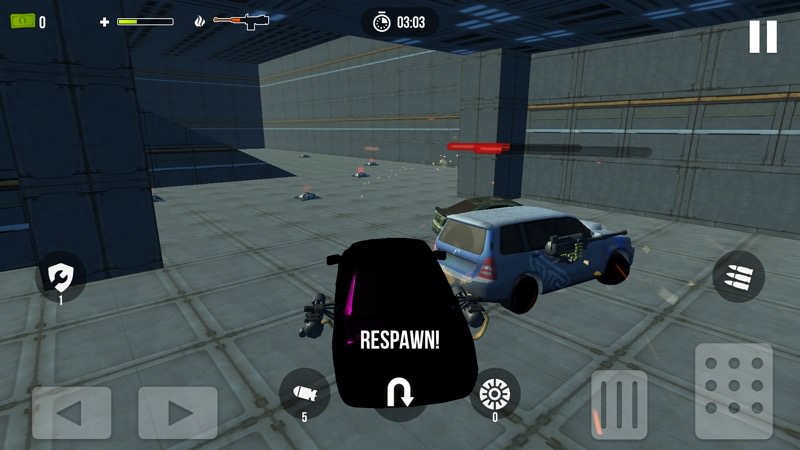 The interface is kept clean and simple. Steering via arrows (analogue might be too much here, with all the action happening, so arrows are fine), then brake/reverse and accelerator, rocket launcher, machine guns, mine layer - you know, all the standard things that come with any decent car!! 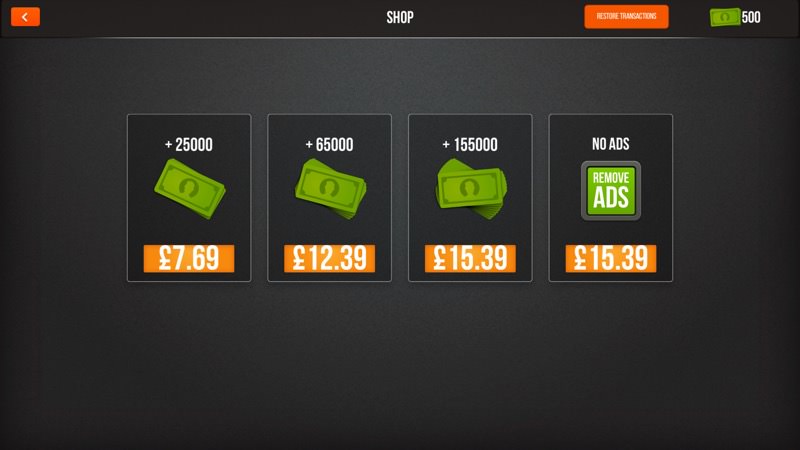 The developer has gone too far with the ads though. One 30 second ad between levels would be enough to make the point that yes, he'd like some in-app-purchase money, but in reality as you move from one successful level to the next, you hit two ads. So that's a minute of downtime watching animated ads for games that you'll quickly get tired of seeing. Rather foiling the point of the ads' existence. So yes, love this game on the phone and you'll have to dig deep into your Store wallet. On the desktop/laptop, this pricing makes a bit more sense and then there's also the larger display to enjoy the action. 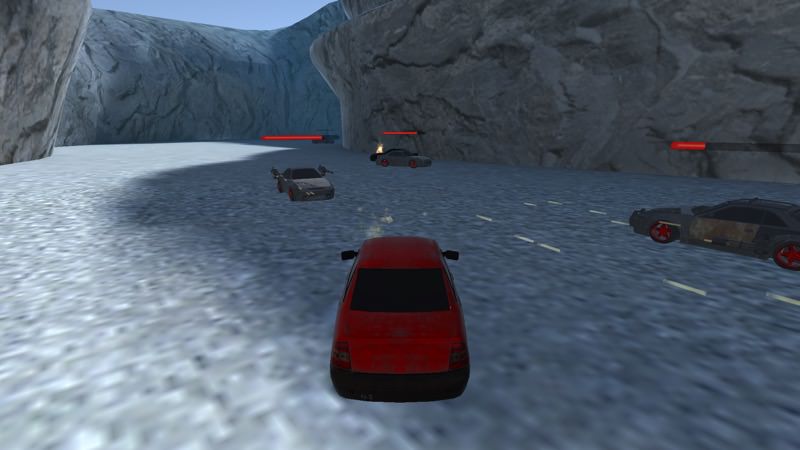 So... I'm not recommending you necessarily pay up.... though you can if you like. I'm recommending you at least give the game a go and have an hour of blasting and screaming around the provided arenas before you decide! 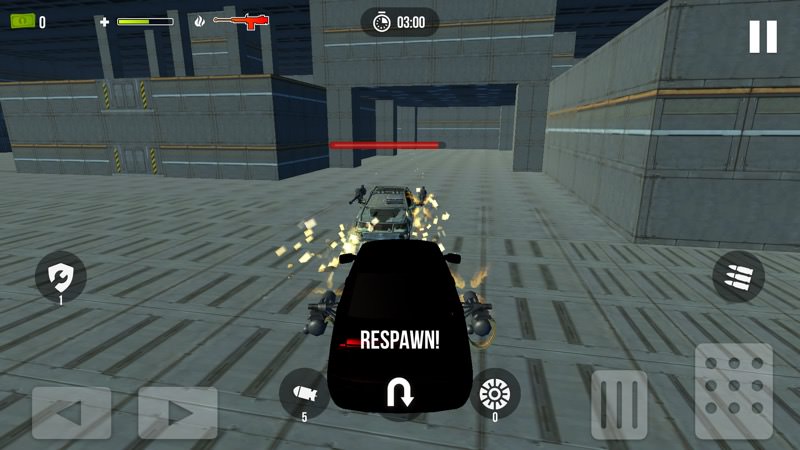