Here's a UWP game that we've not covered before - it's my favourite genre too, mimicking a real world sport. In this case lawn tennis, time shifted back to the 1920's, the idea presumably being that, apart from being a bit quaint, there's no need to model modern extravagances like Hawkeye, electronic score cards, big crowds, and so on. Instead, you get a decent game of tennis against real opponents around the world, playing on a variety of platforms, yet with the game mechanics designed to even out any UI advantages. Even the freemium is restrained and sensible! 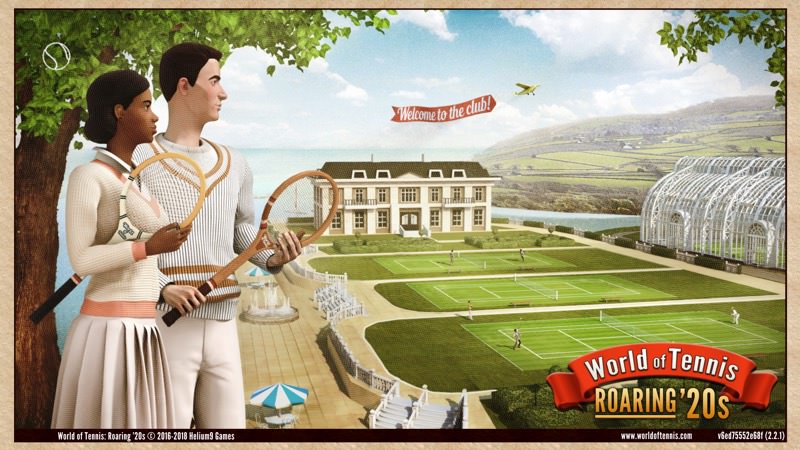 Production values are top notch here, as you'd expect from a game that's also available for iOS and Android, as well as other Windows 10 implementations. From background music to cut scenes and animations, a huge amount of work has been put in by the developers. And, while Windows 10 Mobile often gets forgotten about in favour of the desktop/XBox, etc., it all plays perfectly on a Lumia, even on the humble 640 range. Amazing. (Screenshots here are from the higher resolution Lumia 950, though.) 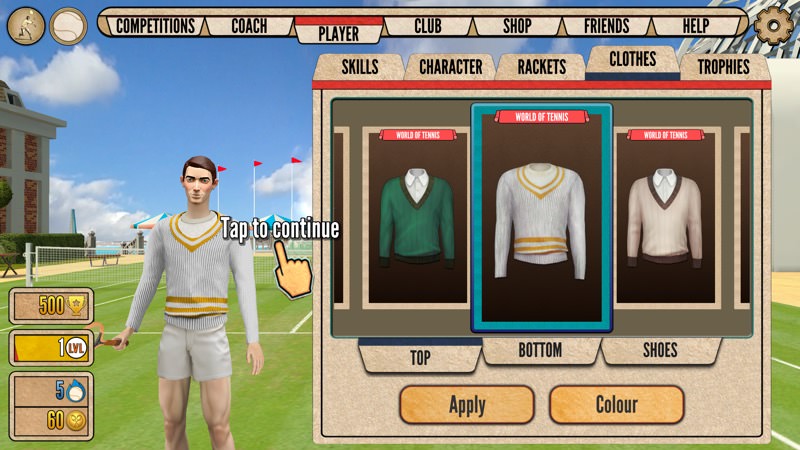 The formula for a sports sim is followed well, with customisation of your player (male, female, outfit, etc, all styled according to the period) and with subtle animations to bring the player to 'life'. Some items (rackets, skills) are understandably driven by the in-game currency, so you work your way upwards in terms of equipment and abilities. 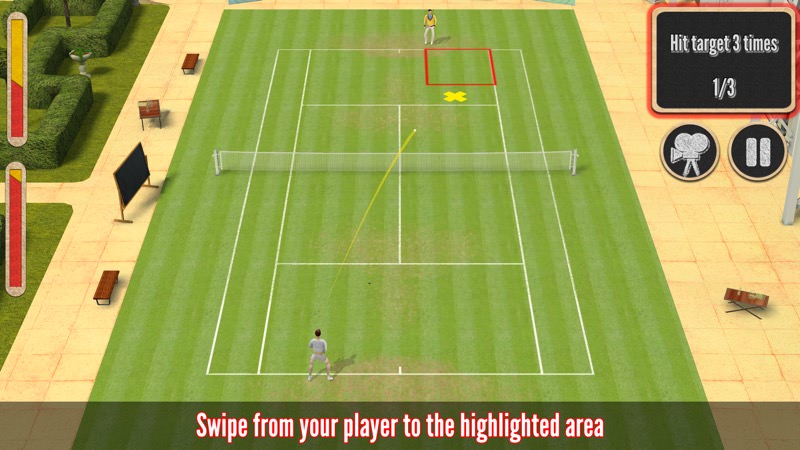 But onto the tennis itself, introduced by tutorials and then practice matches against your Sam Neill-eque coach. Ground strokes and volleys are done with diagonal strokes in the appropriate direction, with the accuracy dependent on how good your choice of shot and timing is. Of vital note (especially for two-player online games) is that the swipe is done once the ball is on its way back to you. It's not done as the ball reaches your player. In this way, your choice of swipe/shot (including lob, see the crib sheet below!) is more strategic than arcade. And this is how you, on a cellular connection, can compete with someone on, for example, an XBox on high speed broadband, since the data passed between the two game clients is kept low, just player target position and metrics over the next shot intended. 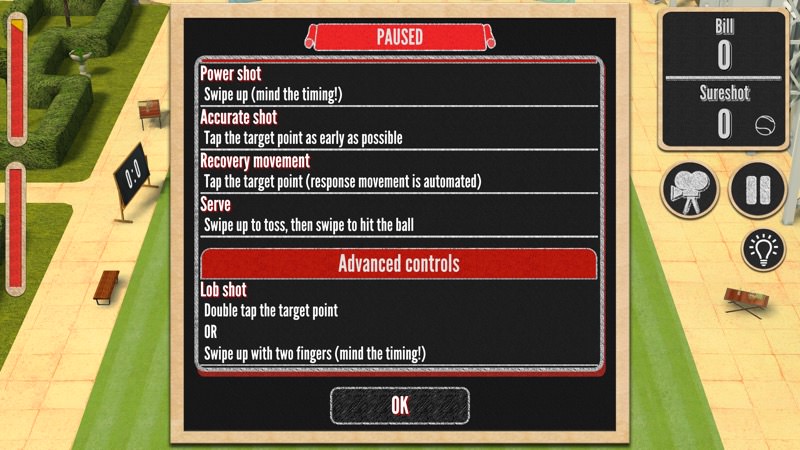 Along with all this is a choice of camera angles (I know, I know, they didn't have TV cameras in 1920, but hey, different viewpoints then!), along with a variety of different clubs and settings. Playing is slightly easier from a lower down view, I found. The red circle is where you've intended your player to end up. The idea being that by moving around the court you can wrong foot your opponent, cover his shots and then move into the net when needed, to put a volley away: 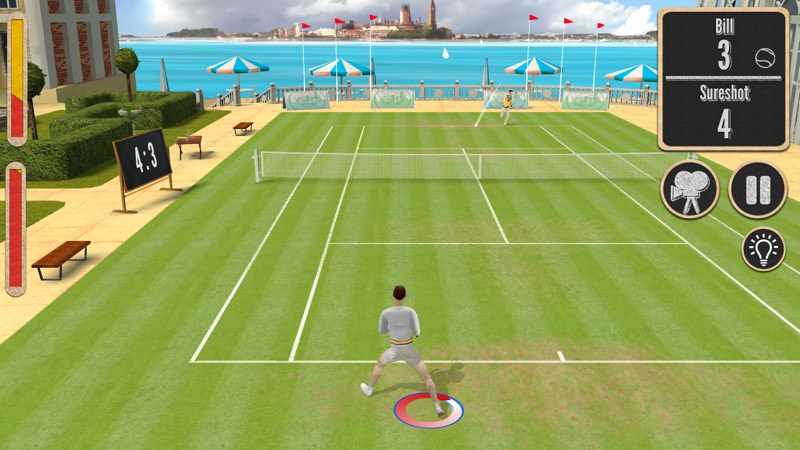 The main competitions view lets you play against other players of similar rating around the world - each 'match' is actually a 'first to 7 with a clear lead of 2' tie-break, but it works very well for mobile gameplay here. After all, no one actually wants to play a three hour five set match on a phone! 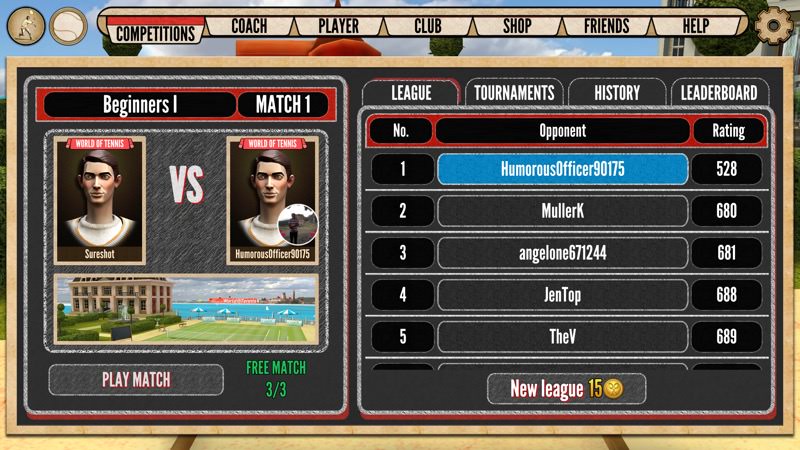 As you play, you gain experience points and in-game currency, though you can also watch short video ads to multiply your gains - either way you gain enough to keep improving your game and equipment: 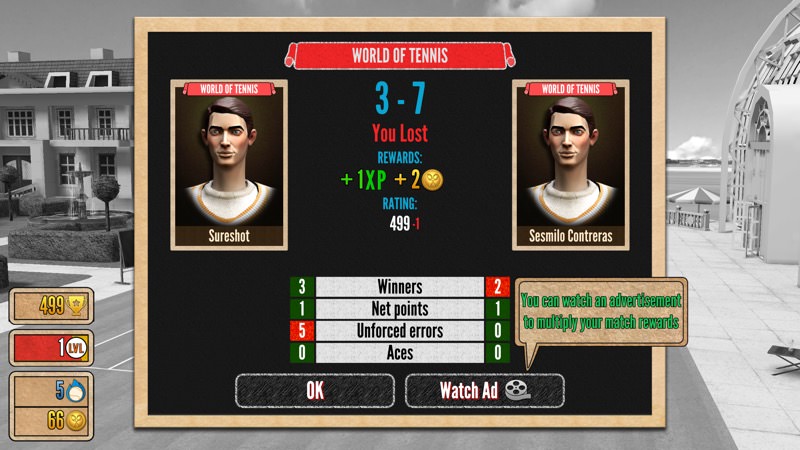 There's a long way to go, mind you, since all the various player attributes start at 1%! But little by little, your 'skills' will increase and you'll be able to beat better and better online players: 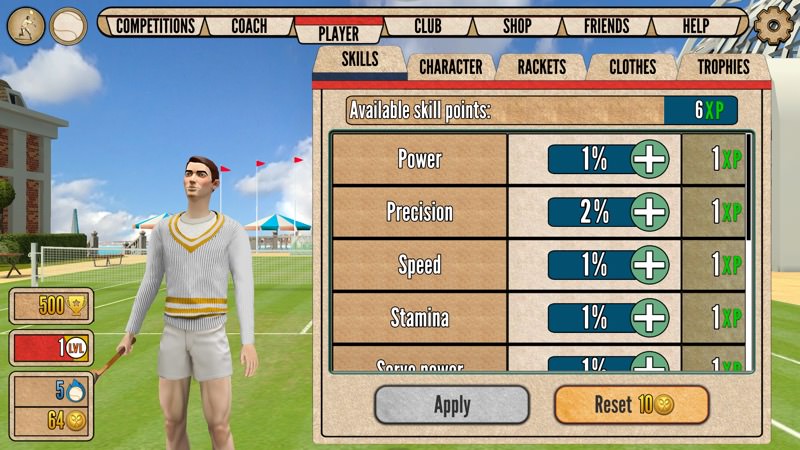 And, as with a lot of freemium games, there's the 'come back each day' bonus, which multiplies up if you keep a streak going. Very clever, and it's got me going through several titles recently, i.e. miss a day and you lose the multiplication streak! 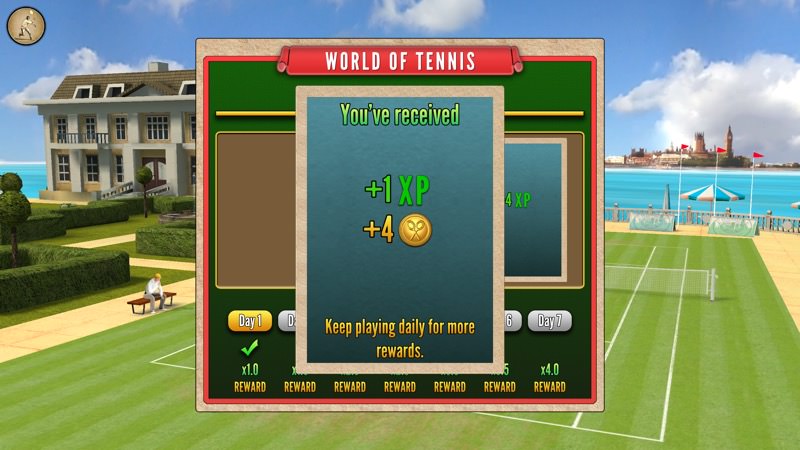 After each match, the most significant rallies and points are available in a short 'highlights' reel (again, they didn't have action replays in the 1920's, but hey...!) - it's a nice touch and other camera angles are introduced to add interest here. Below, I'm getting trashed by an online opponent (my excuse is that I was distracted by taking screenshots.... ahem). 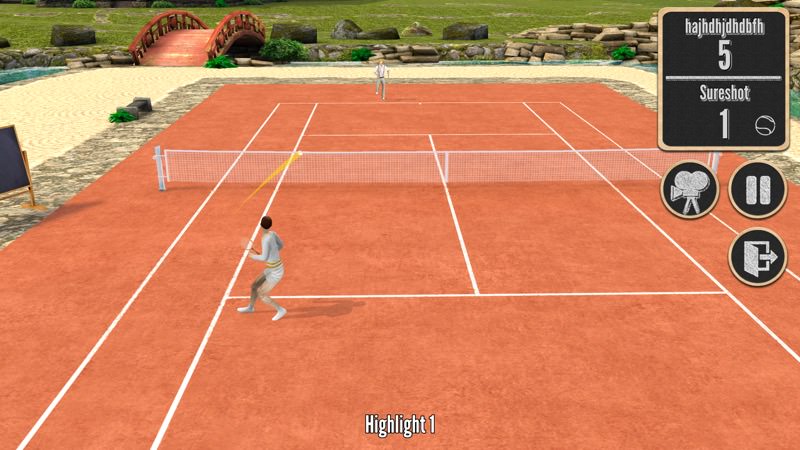 And so to the main way the developers make money... you get three games for free each hour, taking you up to about fifteen minutes. If this is enough for you in terms of casual play then well done, the game is free forever! If you love the game and want to press on, getting better and slamming more online players then it's a fairly trivial £1.69 for a week of unlimited games, plus other tiers right up to £10 for unlimited games forever, so consider this the true cost of the game. All very reasonable, I think, especially in these days of £100 purchases in Gameloft titles. 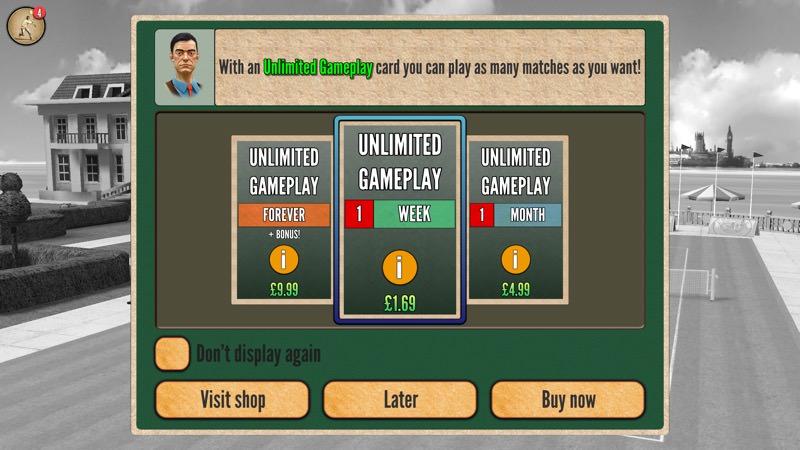 You can also spend money in upgrading your player more quickly, as you'd expect, though even here the most expensive in-app-purchase I could find was 'only' £17, so again restrained by modern freemium standards.

I had loads of fun reviewing this Windows 10 (Mobile) game and I highly recommend it. If you're online at the same time as me, look for 'Sureshot' as an available opponent. 'Play!'