You may have gathered from previous reviews that I'm experimenting with a whole new approach to mobile power - and very capable, though with obvious bulk. What I'm trying out spans the worlds of mobile tech, campervans, and emergency home supply. Appropriately, given the current world situation. In this first review part, I'm reviewing at the solar panel system that I chose, in part 2, I'll cover the portable power station.

True, this is all slightly generic, but I find it interesting and hopefully you will too. (And yes, I'm still waiting on the server being fixed to allow me to write new 'Features'.)

Back in June 2021, I wrote why solar power banks can never work, referring to the small amount of panelling that can be fitted to an 'all in one' solar bank. There just isn't enough surface area, by a large factor. But what almost works is a standalone 19W solar panel, producing enough charge to fill a small power bank per day. Which might be enough to keep your phone and tablet going while hiking, for example.

But what if you wanted to go further. A lot further. What if the requirement to carry the kit with you everywhere was relaxed? I'd still want it all 'portable', in that it could fit in a corner of a car boot, for example, but perhaps we don't need it to be pocketable or ruck-sack mountable?

All of which led me to the current crop of folding 100W (or so) solar panels and, in particular, to the Firefly 120W here, which promised the highest output in its class and with vaguely modern port output.

For carrying and storage, the four panels fold together in an extended 'w' configuration, with the end panels having longer frames to include a moulded handle, for easy transport. These mimic the (well known) Jackery solar panels, so they're a bit of a clone, but they go the extra mile in terms of electronics, as we'll see: 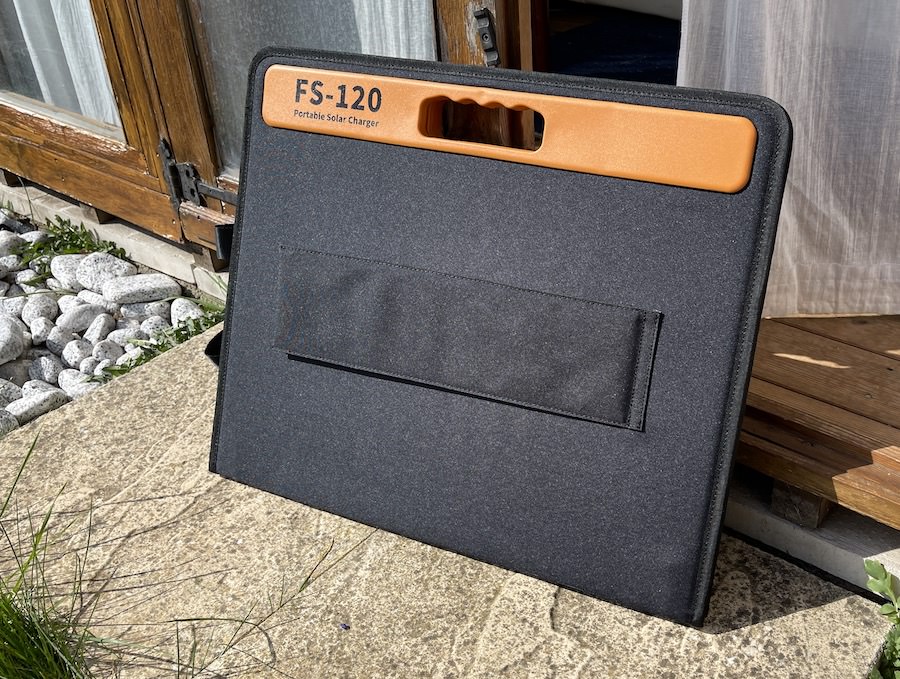 Unfolding the panels is easy enough, though it's a little clumsy having to fold out no less than four velcro-attached supporting legs - it gets easier with practice! The panels sit at 45 degrees, which is a fixed angle, though you could always just lay the panels flat on the ground or propped against something else if you absolutely felt you needed a better 'take' on the sun through ther charging period (don't forget that the sun moves significantly through each day!!) 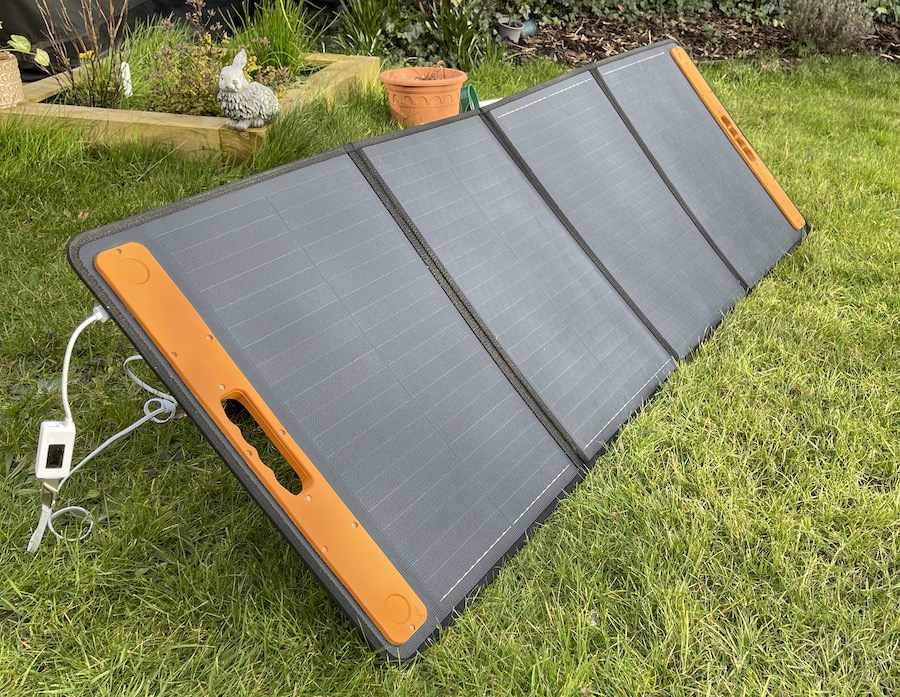 So, we're in the sun and power is available. Handily, the various outputs are clearly labelled on the plastic end moulding on the back of the right hand panel - these ports are sheltered from light rain by a 1" lip, should a shower crop up - the rest of the panels are fully waterproof. If rain has set in, mind you, then you wouldn't be getting much solar energy anyway, so you're best folding the whole thing away and avoiding the risk of wind blowing rain into the exposed ports.

So the outputs. I should preface everything by saying that though the panel is rated at producing 120W, this is under full sun, perpendicular to the panels all the time - in practice, just by leaving the panels in one place you're dealing with significant degrees of variance in the angle at which the sun's rays hit. Then there's the mismatch, usually, between the sun's elevation in the sky and the angle you've set the panels up with. Finally, add in haziness, if not outright cloud cover (especially in the UK) and the most I'm expecting from this tech, even in mid-summer, is around 80W.

But that's still enough to pass around effectively: 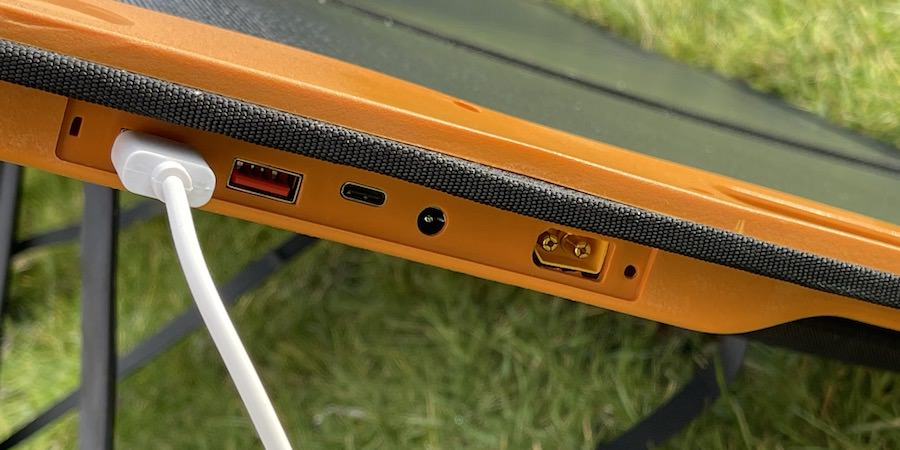 So yes, we have, from left to right in the photo above:

Now, obviously, if the panel itself is only providing, say, 40W, on a hazily sunny or cloudy day, then this places a limit on what any one port can provide, plus the power generated has to be split between whatever you have plugged in, reducing the effective power through each. So worth noting and you have to do a little mental maths if you want to get ambitious with something like this!

It's worth noting that, not shown in the photos, Firefly provides a variety of handy leads, most notably XT60 to MC4 (another solar standard) and coaxial DC to DC with a number of changeable 'tips', one of which is designed for the Jackery power station that I'll be looking at next. In short, whatever you want to plug this into, there will be a USB connector or DC jack/lead that will be suitable.

In a real world test, I had a smartphone plugged into the Type C and a small power bank charging happily via USB-A, then the extra (round) DC output to my Jackery power station. All at once, all happy, and all for free, from the sun(!)

Now for the price - this is semi-pro kit and comes in at semi-pro prices, £190 on Amazon UK in this case. Which I think is fair enough - aside from the slightly wonky (orange) solar connector (which I don't plan to use, so it didn't bother me), the build and materials are top class. Armed with a suitable charge store (the Jackery 500, in my case, which I'll be reviewing separately here), the Firefly 120 is both genuinely portable (if not pocketable!) and genuinely useful in terms of power output. Recommended.