These snapshots of a mobile OS in progress seem to be popular and, using it day to day, I'm in a good position to comment on how Windows 10 Mobile is coming on. My last report was three weeks ago here and I'm happy to say that most of the issues I reported on then have been addressed in build 10512, with some screenshot proof below, along with shots of (ahem) a few new issues. That I can use W10M day to day now shows that the OS is definitely 'getting there' though. Your comments welcome! 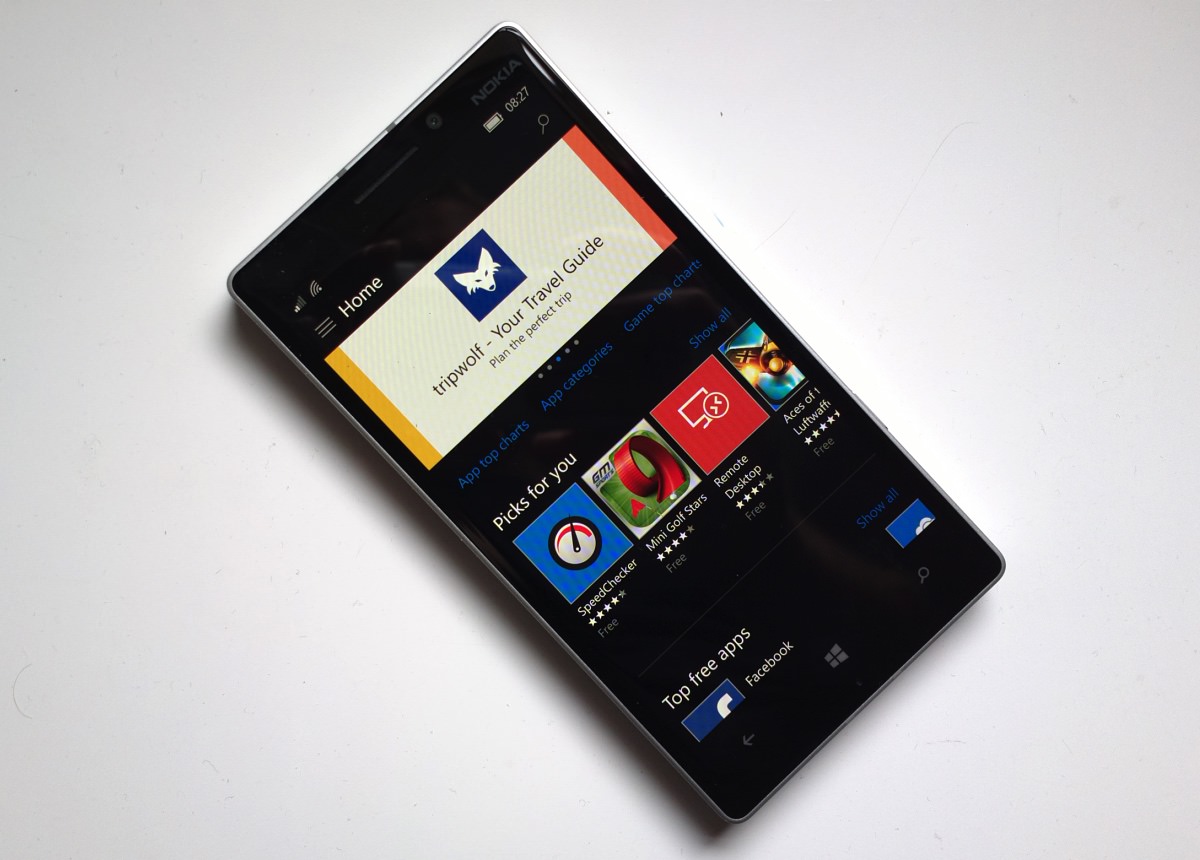 (Oh, and if you want to join me on my Windows 10 Mobile (Insiders) adventure, then you know what to do!)

As usual with these features, it's very much a snapshot of how I use a smartphone and there will be applications and use cases of your own which may differ, perhaps wildly - in which case you'll have to either wait or hop on the Insiders programme yourself. I've also, in the screens and comments below, tried to concentrate on day to day stuff which should 'just work', rather than demonstrate new features, as I did more of in my original June feature, in greater detail, so make sure you've read that already.

With a picture being worth a thousand words, I'm again going to use an illustrated style below - and I'm not going to downsample the images quite as much as usual, so that you get a feel for the detail with Windows 10 Mobile. As I've written before, it's all very 'grown up' and a step change from Windows Phone 8.1.

This time round everything's screen-shotted on a Lumia 930 (1080p screen, AMOLED, Snapdragon 800 etc.) - though in future articles I'm going to start phasing in trials on lower specced hardware. 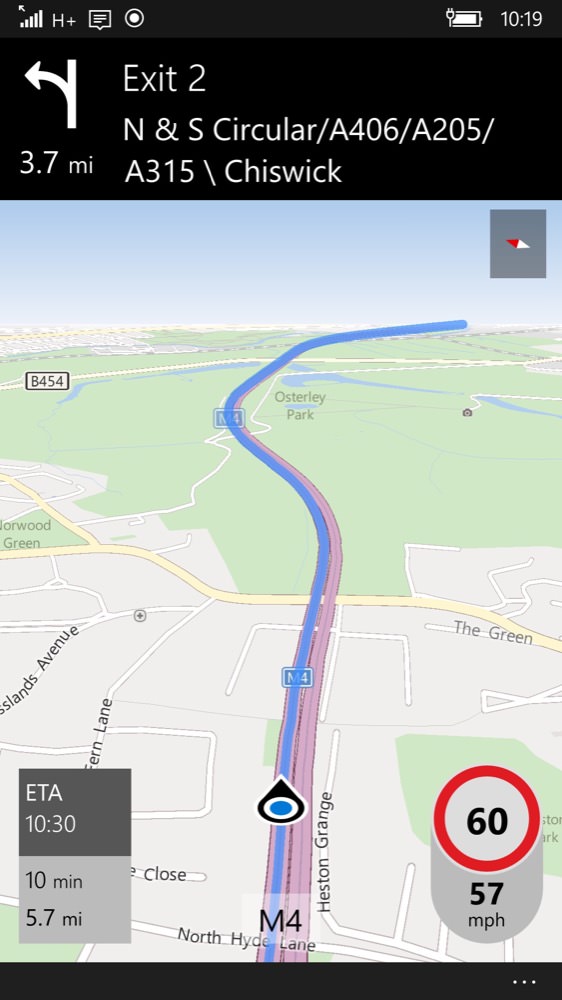 Aside from a bug where pinching to zoom in and out doesn't work properly(!), Maps is now excellent, and got me safely in and out of London today in the car, with no issues. Similarly on the desktop and it's very evident that the applications which are most polished here are the universal ones also seen by hundreds of millions of Windows users on laptops and desktops... The numbers on the display could be larger in font (they're small on a 5" display 60cm away!), but the interface is otherwise useful, and I especially appreciated the speed limit confirmation on every stretch of road. 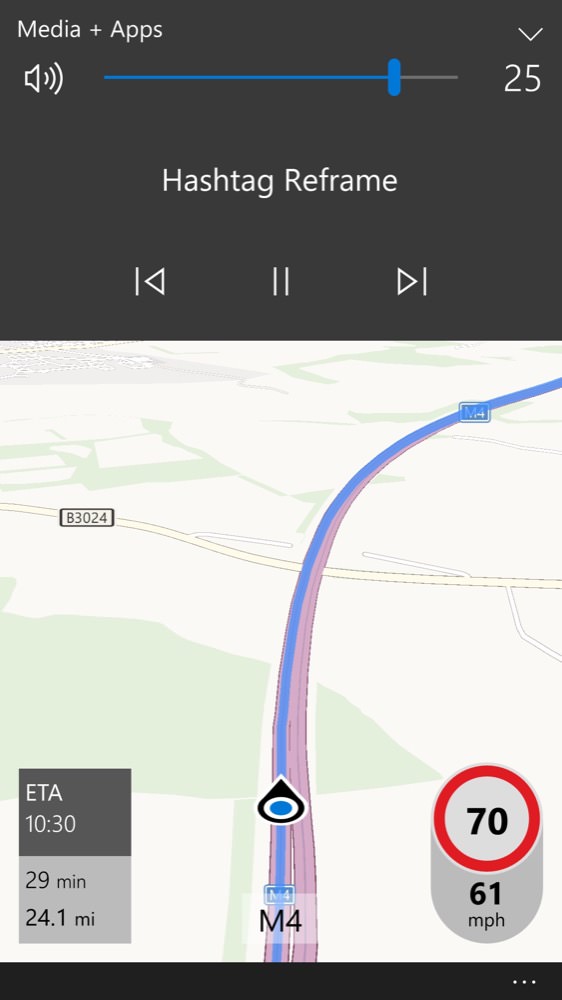 While travelling, I had a podcast playing and media controls worked perfectly throughout (though see the Groove Music caveat below). 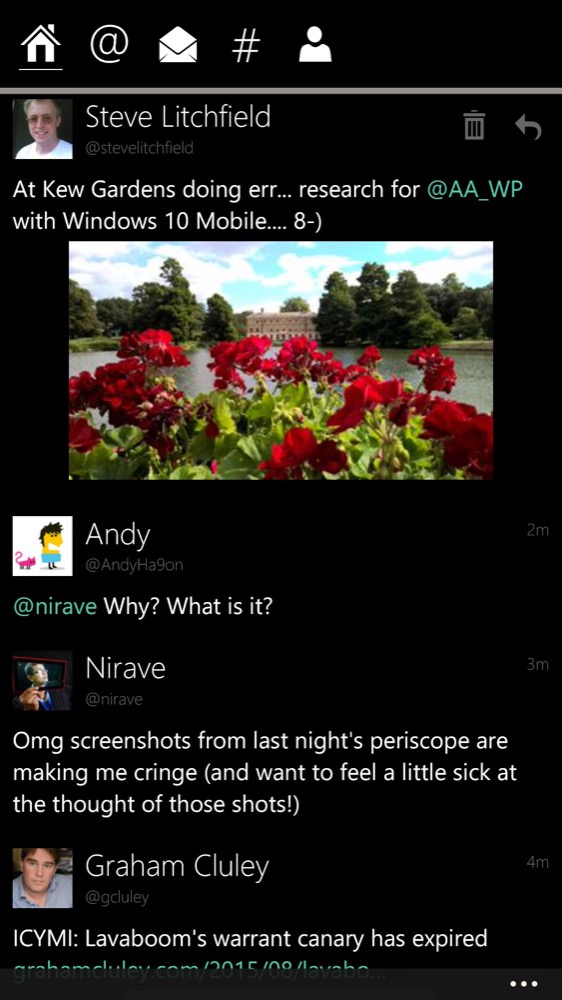 No, this isn't the official Twitter client (which also works), but Tweetium, which works even better, especially on the AMOLED-screened devices like this Lumia 930.... 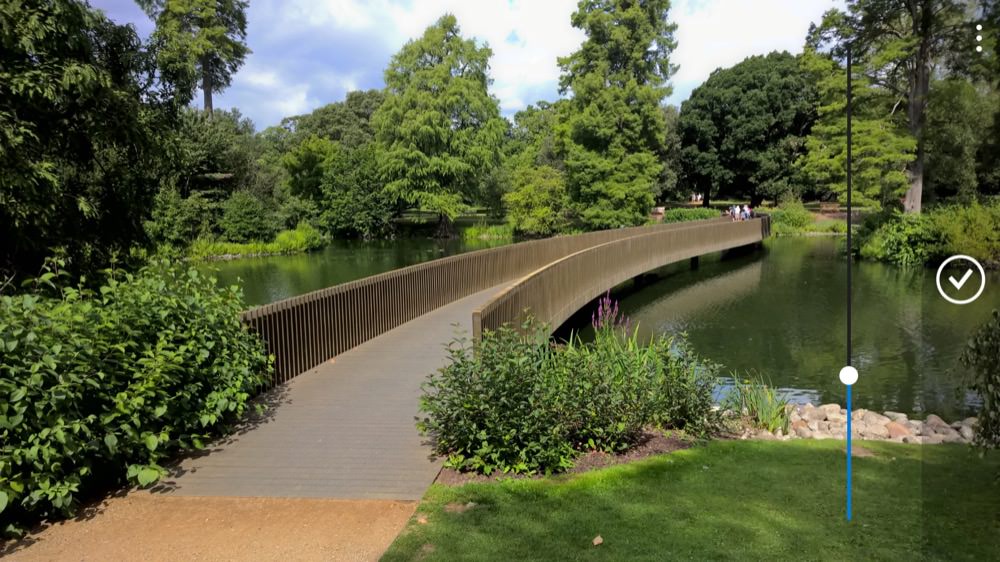 I reported already on the improvements to Windows 10 Mobile Camera, bringing in dual capture and RAW capability - also here is working Rich Capture and editing, as seen here. 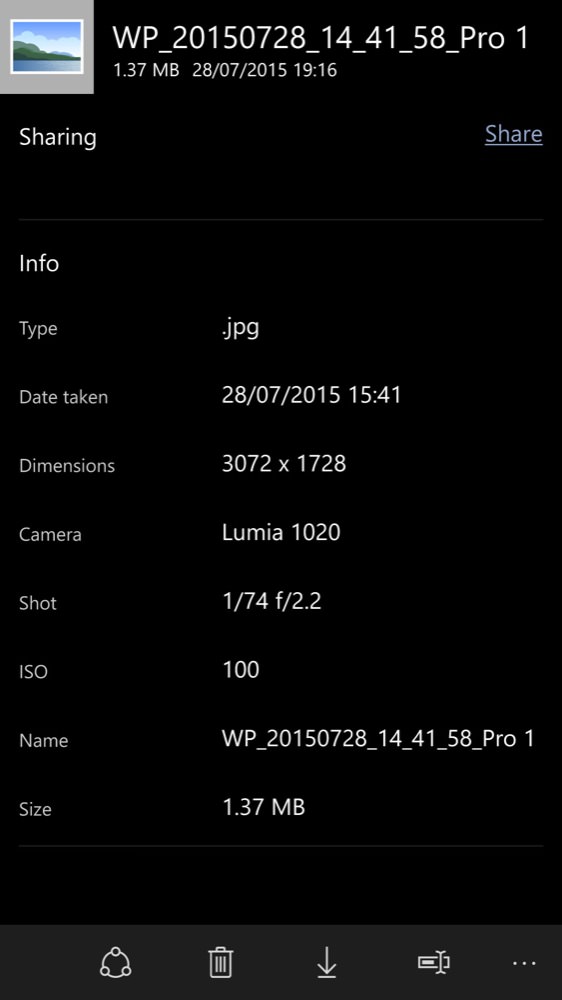 Not a very exciting screenshot, but it shows that Microsoft has fixed the problem of OneDrive continually reporting the wrong image resolution for all stored pictures. Well, that's one OneDrive bug down, 99 more to go....! 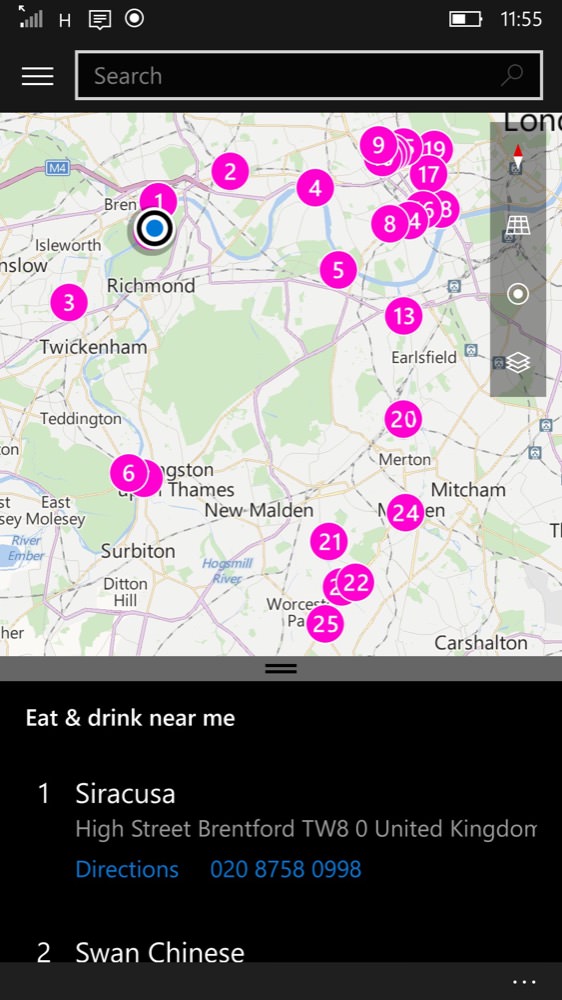 Maps incorporates the related searches that you'd expect, places to eat (shown above), things to see and do, shopping, hotels, banks, hospitals and parking. As ever, these things are somewhat limited by the completeness of the data sets, as shown here, which misses out a host of smaller cafés... 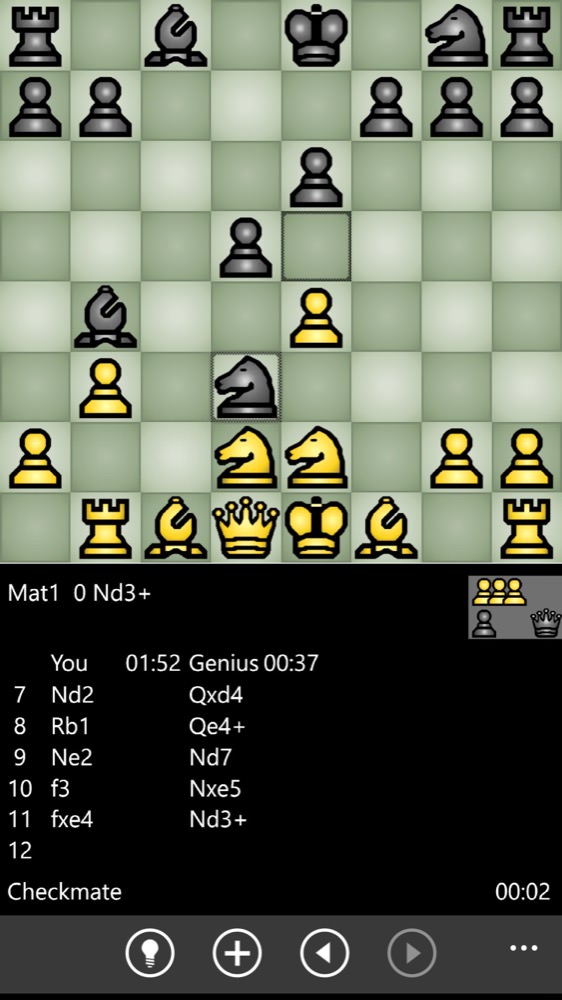 OK, ok, chess (this is ChessGenius) is nothing to do with Windows 10 Mobile, but I did want to point out that every game I've tried works fine on Windows 10 Mobile (not just Real Racing 2). Normally you'd expect some graphical issues, but this side of things has been faultless. Here's another example: 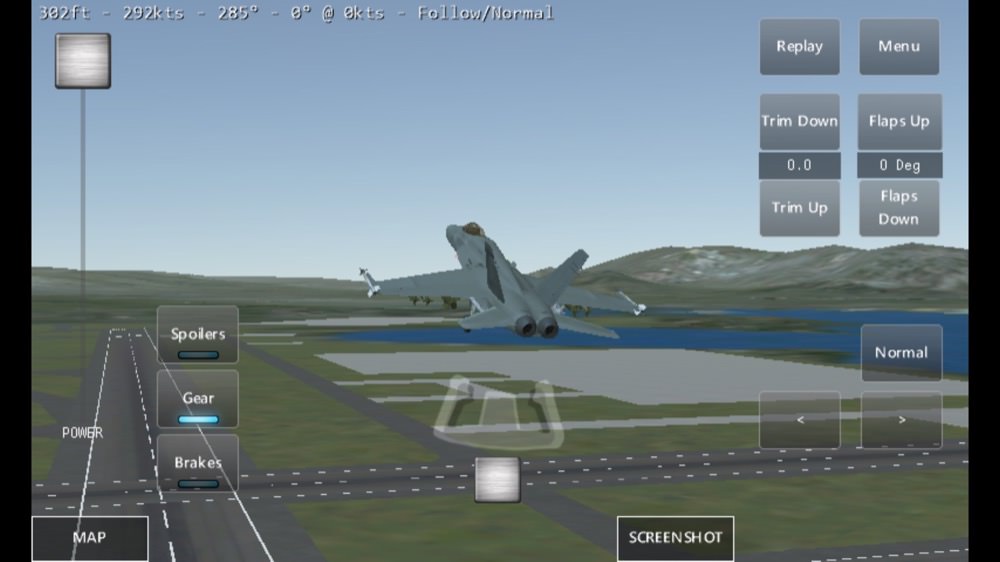 This is Infinite Flight, of course. Mind you, if the developers are reading this, a little 1080p support would be appreciated.... (Thanks!) 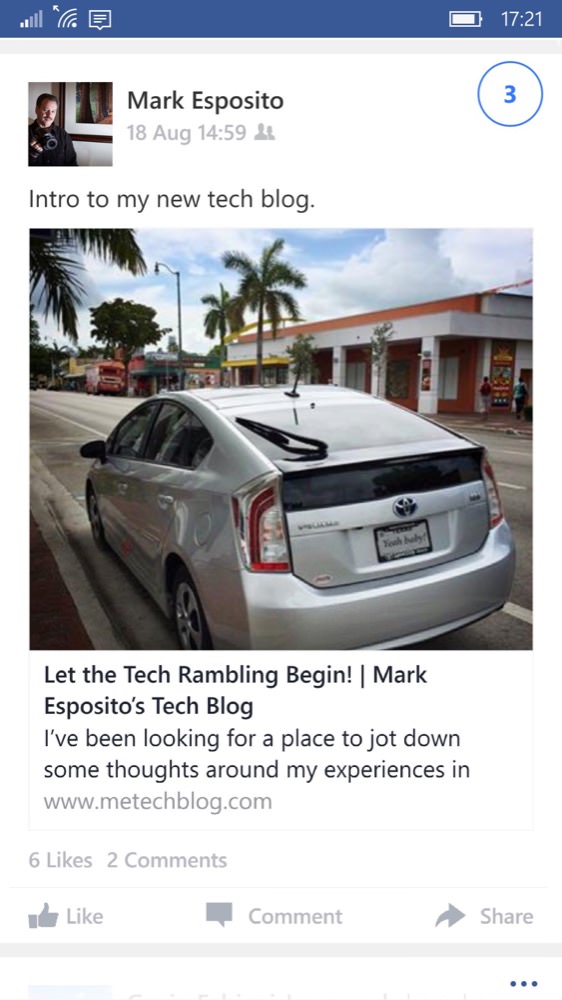 I was complaining about Facebook (and other apps) presenting fonts and elements that are slightly 'over sized' for Windows 10 Mobile - nothing's changed this month, but in fairness everything looks far more 'normal' on 5" screens, so maybe I'm moaning about nothing....!? 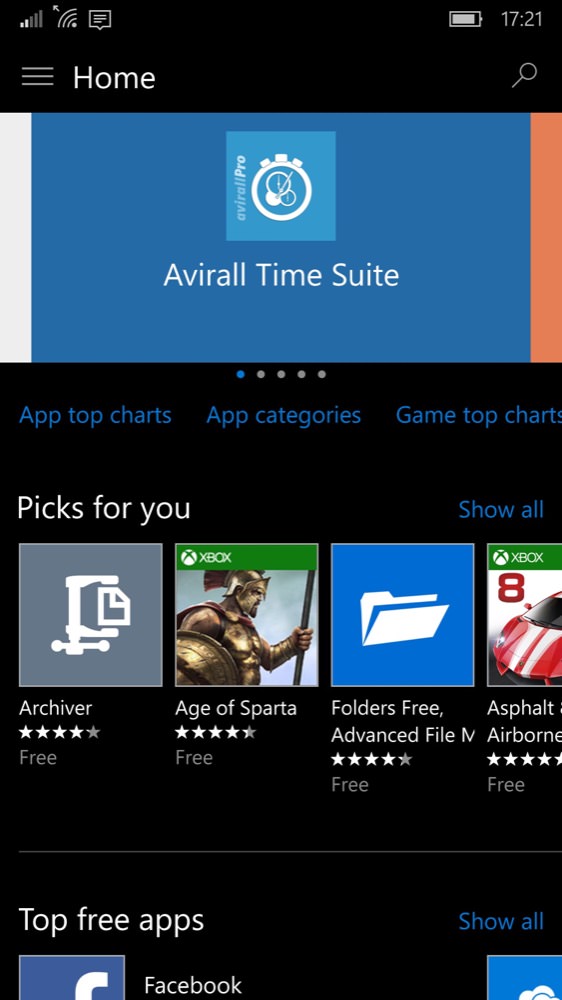 The Windows 10 Mobile Store is much improved, in terms of speed and reliability, applications don't get stuck (unless they're genuinely not available anymore) and, best of all, installations happen in the background without you having to babysit them...! 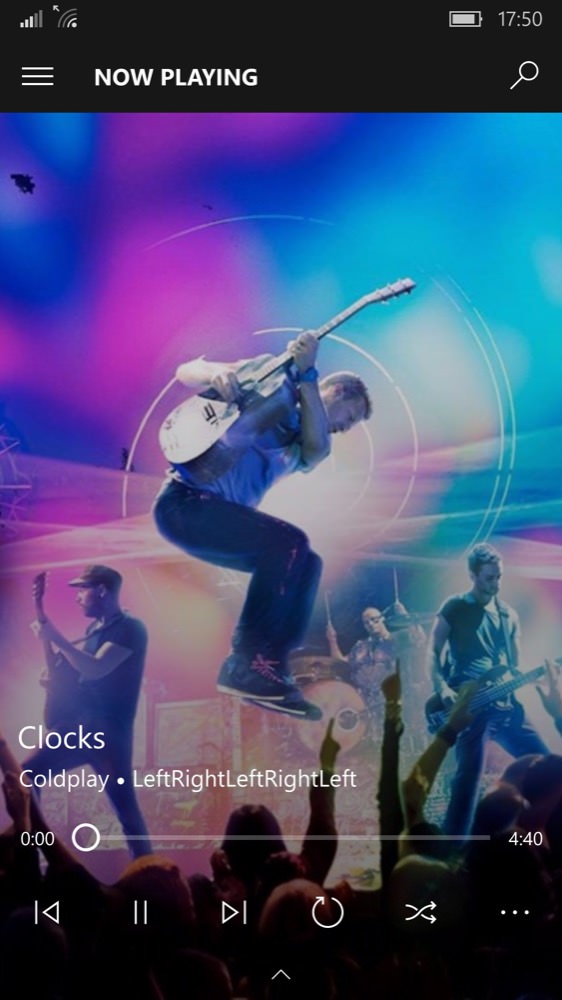 Groove Music (yes, that's still a pretty silly name) is still plagued by issues. Pause music playback and go off to do something else and you'll come back to a screen which thinks it's playing and it's not. And you can't resume. Or do anything short of selecting something different to play. And yes, I've reported the bugs via Windows Feedback.... I'm sure it'll get attention though - this is another big universal application and (potential) commercial service. 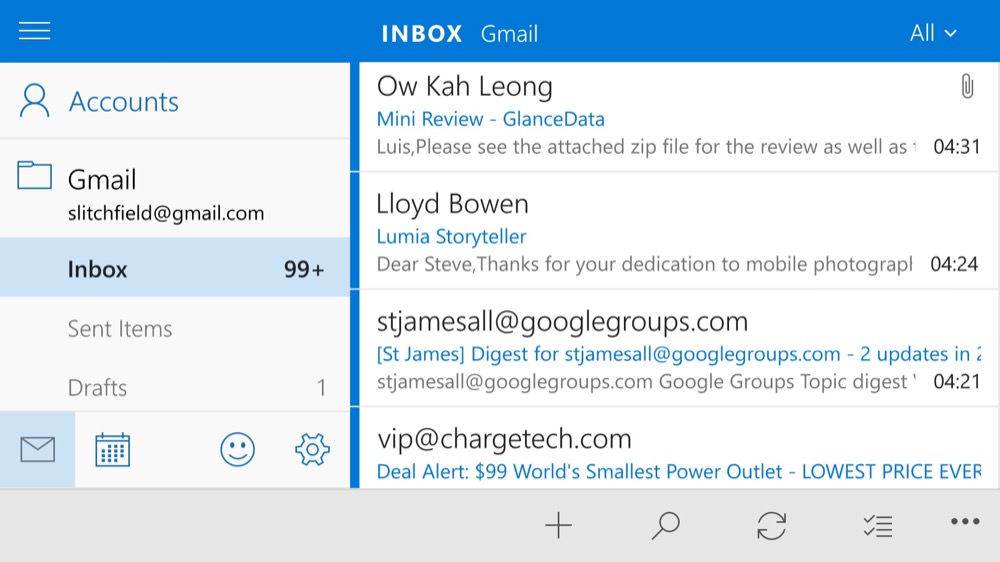 Outlook Mail and Calendar are both impressive, with landscape awareness and split screen operation if there's enough resolution, though I do wish there was an option to use a dark theme - all those pixels lit up all the time on my Lumia 930....!!! Argh, my eyes! 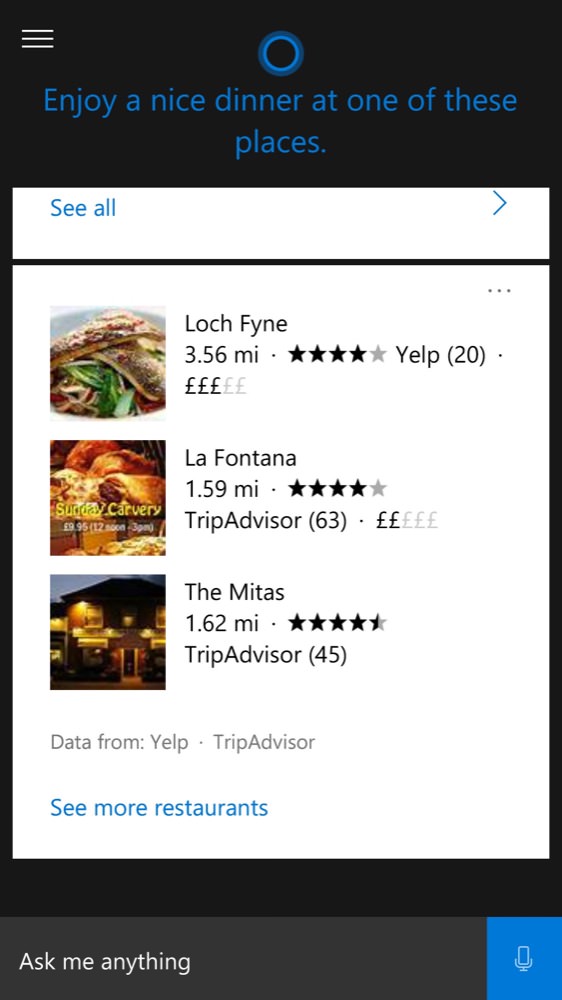 Cortana's doing a better and better job of being a personal assistant - note above that, in addition to bringing up local places you might like to eat, unsolicited, there's a friendly top of screen message that changes according to what you're viewing, i.e. how far you've swiped down. All very nice. 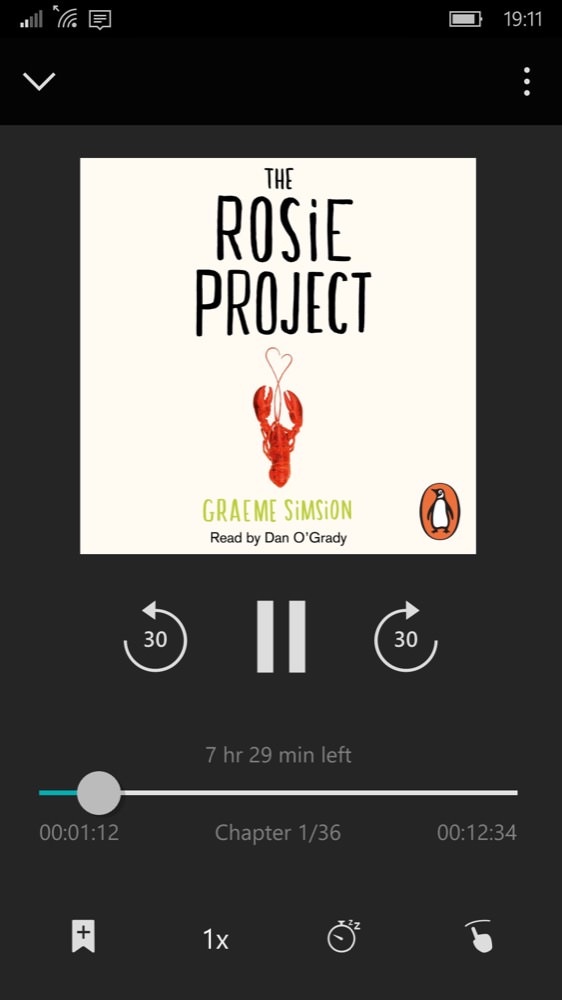 Auduble works very well now - you can't tell from one screenshot, but it's all quite Windows 10-ish too, with hamburger menu where needed. Very slick all round and still everyone's favourite source of audio books. 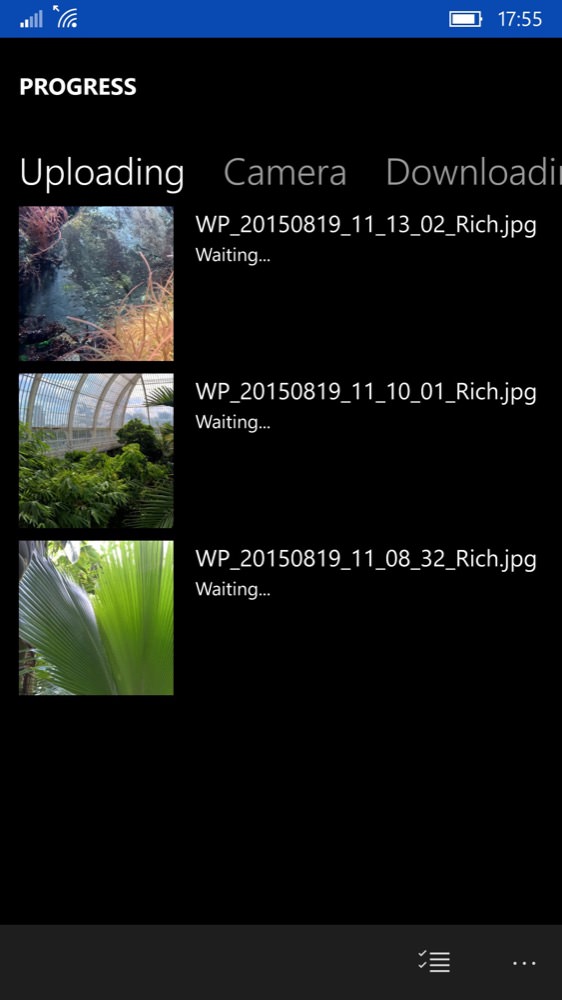 Going back to OneDrive again, I noted that uploading has now been fixed too, so you're not left high and dry, as before. Items do actually upload now, though there's no progress bar or percentage indicators, which is a shame. They say 'Waiting...' until they're uploaded and then the item disappears, i.e nothing in between! 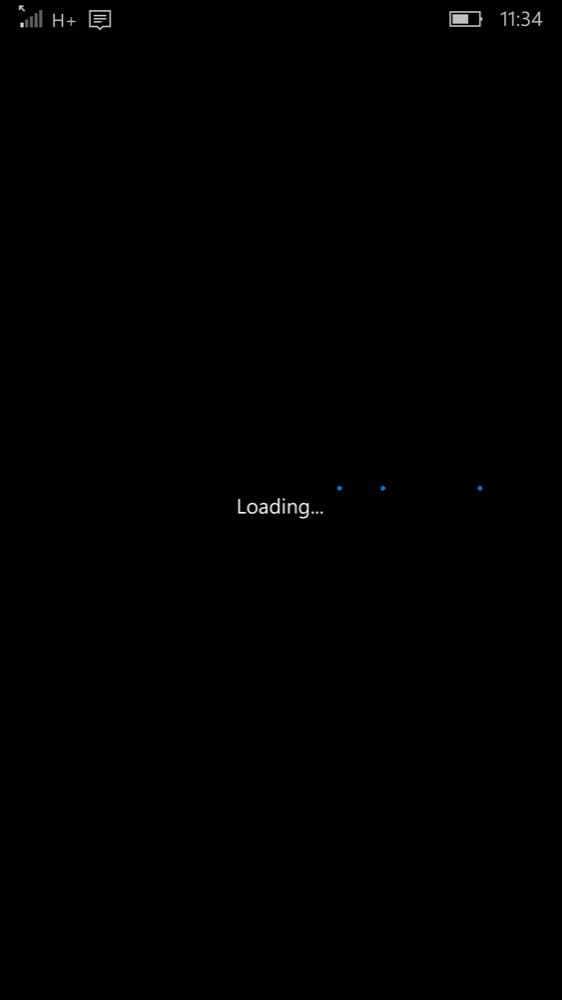 Ah yes, the obligatory crash screen. Once during my big day out at Kew above, the Camera left me with just the pane above and nothing I could do would revive it. A reboot fixed it of course, but again it shows that there's still work to do! 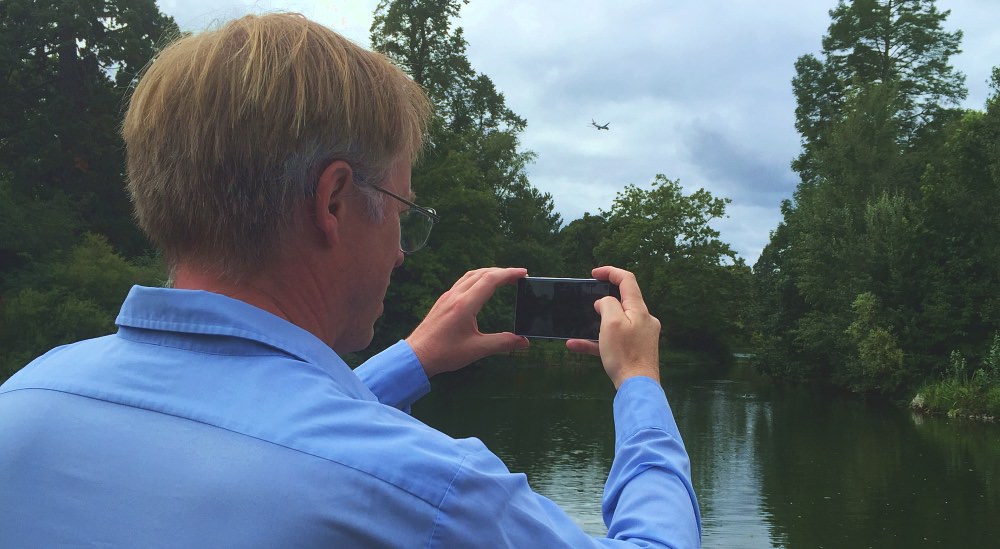 Taking snaps with Windows 10 Camera in its 16MP mode...

The couple of biggies in build 10512 aside (two factor authentication screwed up and broken Internet tethering, plus tardy lockscreen population), overall the quality of Windows 10 Mobile and its applications is steadily increasing. As a power user, I'm finding I end up having to restart the phone a couple of times a day, but we've still got (at least) a couple of months before 'finished' Windows 10 Mobile has to be handed out to consumers, as part of the availability of flagships announced next month. With application updates appearing every day and new builds hopefully coming at least fortnightly, I'm optimistic that Microsoft will 'get there'.

If you've been trying build 10512 too, please leave any comments below.